Kevin De Bruyne has an extraordinary awareness and ability to deliver decisive goals & assists. What can we learn about his vision from studying his scanning? We had a camera focused on him in the 1st leg vs Atlético Madrid. Here is what we found. Thread. 1/10 @Pickx Sports

De Bruyne scans the pitch prior to receiving the ball with a rate of 0.45 scans/second, thus 4-5 scans every 10 seconds. This is high for a player in his role. He constantly exposes his eyes to surrounding information and becomes aware of opportunities & threats early. 2/10

Players usually scan when there’s lots of space around them, and less when they’re in tight spaces. This is not the case with De Bruyne who maintains his scan rate even when opponents are close. Makes him effective in those crowded areas where assists & goals are created. 3/10

De Bruyne's scan timing is flawless. He takes his eyes off the ball when nothing new happens with it. Every time someone touches the ball, and it is important to quickly spot new ball direction or pace, he looks at the ball. Always eyes on the most important information. 4/10 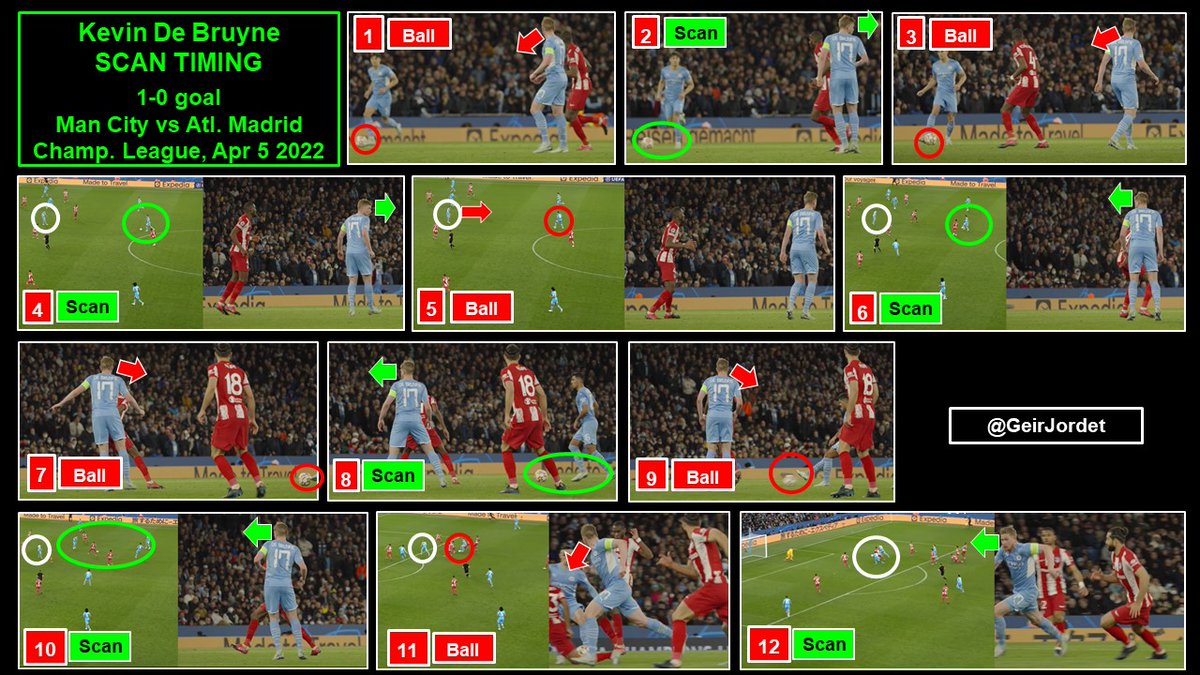 When De Bruyne is lower in the pitch, he uses LONG scans by looking away from the ball for 1 second or more before directing his eyes back to the ball. This enables him to pick up more detailed and complex information located further away. 5/10

Under low-pressure conditions, De Bruyne employs SEQUENTIAL scans to literally pan his eyes across the entire pitch. This gives him a more panoramic view of the attacking half and helps setting him up for those creative and lethal mid-range passes he is known for. 6/10

When a situation calls for precise and disguised perception, De Bruyne engages in subtle but high-frequent MICRO scans. Here he only moves his eyes back and forth, to effectively analyze a selected area, while not giving away his intentions to the opponents. 7/10

CRITICAL scans are conducted while the ball is on its way to you. De Bruyne does these scans extremely late, often looking away from the ball while in the act of receiving it. This enables him to execute passes with fully updated information about teammates & opponents. 8/10

De Bruyne knows when he doesn’t know what's around him, and he acts accordingly. When he receives the ball without having scanned, this might mean that opponents are near, so he instantly plays the ball back to where it came from, using his first touch. 9/10

Kevin De Bruyne’s scanning is flexible, well-timed & intelligently adapted to each situation. Scanning does not sufficiently explain his vision, but it is a necessary foundation for it. A more complete analysis: proximus.be/pickx/nl/22222… (Collaboration with @Pickx Sports) 10/10 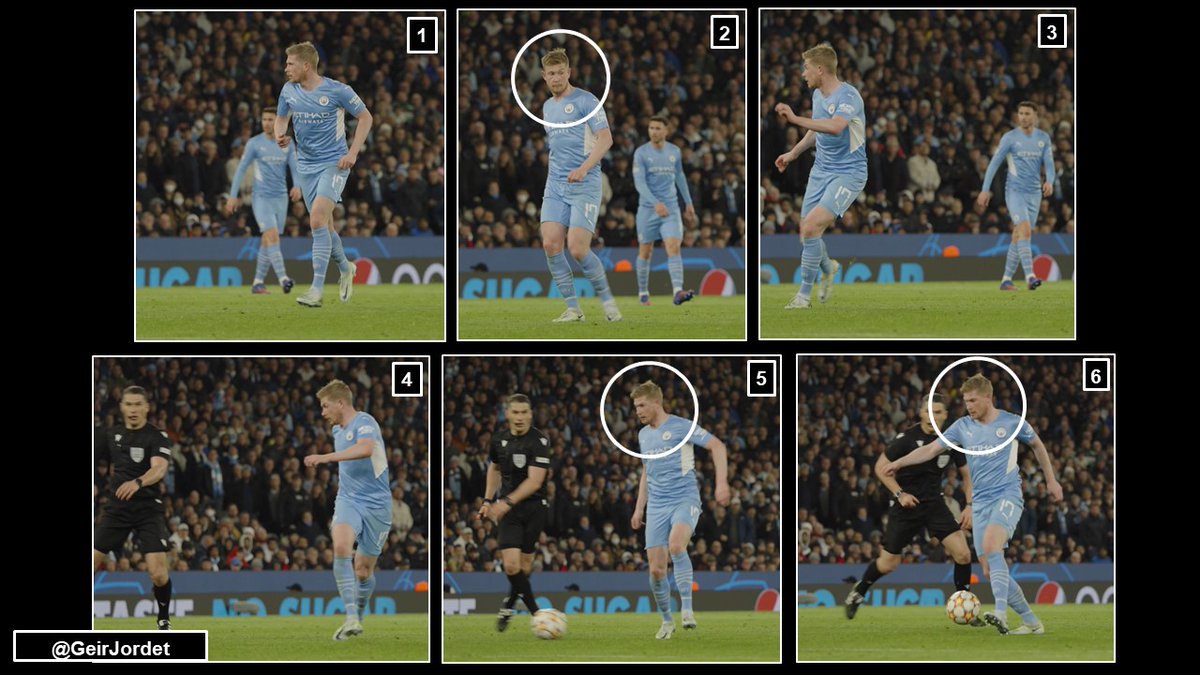