What are, in fact, emotions and moods? In a new work (psyarxiv.com/42yh6), @Aviv Emanuel and I identify three computations that emotional states represent /1 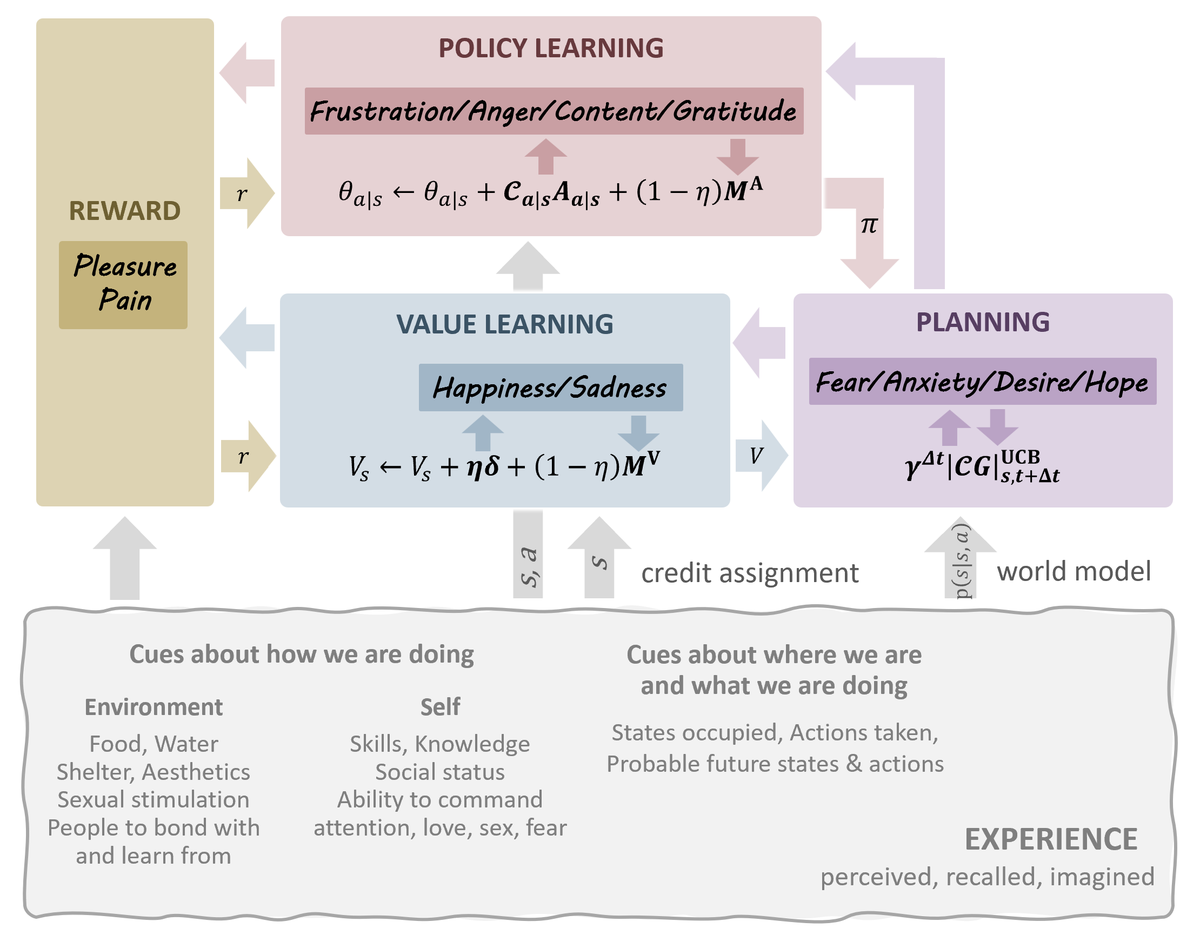 We first consider evidence for a common notion: the pleasures and pains that we feel act like the reward function of a reinforcement learning agent /2

The cumulative results of each of these computations may be represented as moods, such as a depressed, irritable, or anxious mood. These then bias subsequent computations in the same direction (much like Bayesian priors). /5 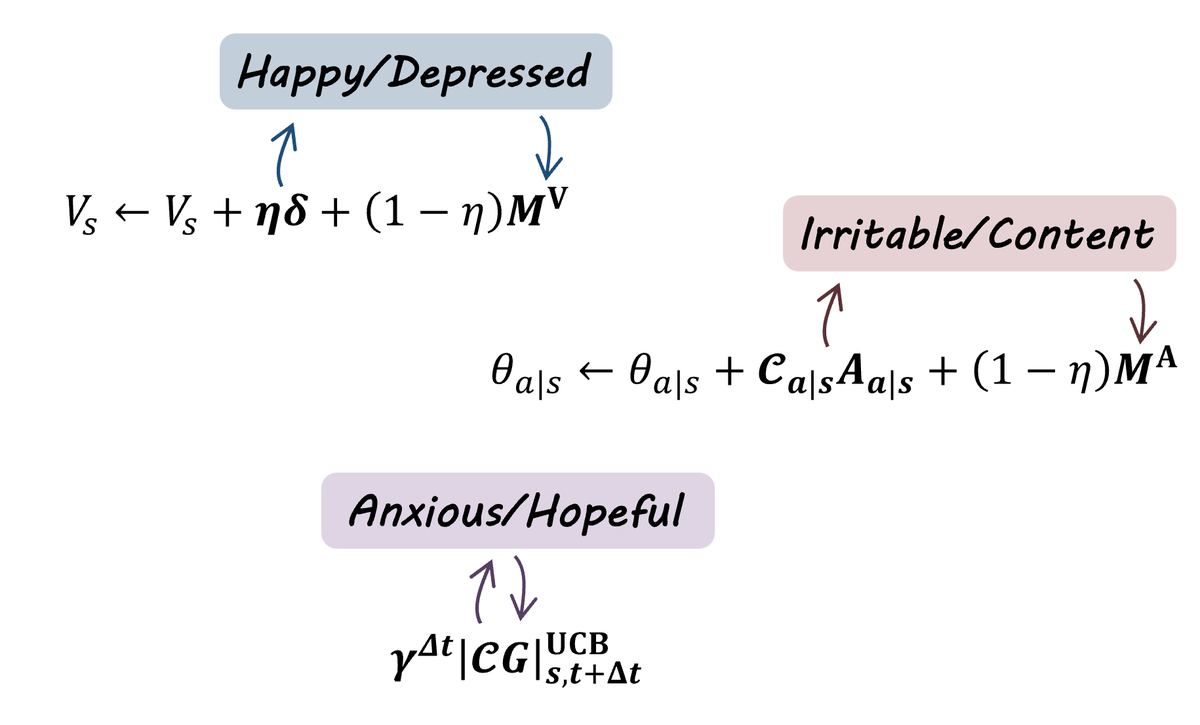 We conclude that emotions and moods are integral to how biological agents learn and make decisions. They are involved in almost every facet of human learning and decision making, and they can and should be studied in animals as well. /6