tonight's plan: i ordered Thai food, and i'm gonna get high and watch Back to the Future for the umpteenth time

Me when Marty tells the principal “We’ll, history’s gonna change.” 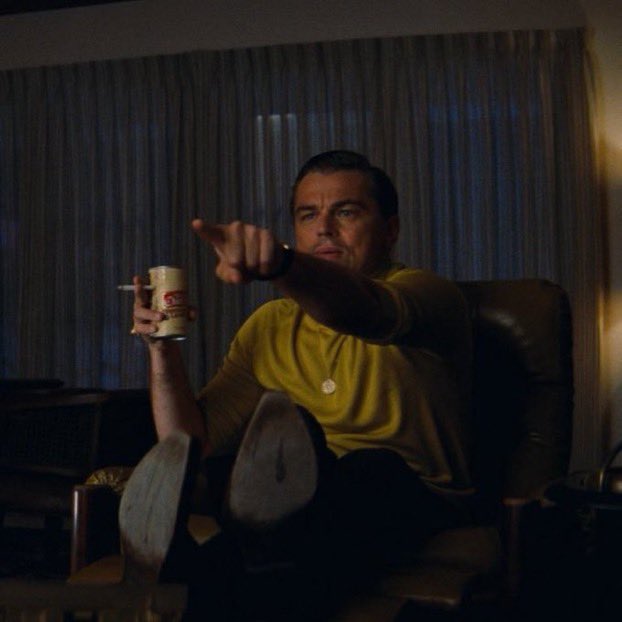 See, when I was a kid I thought DeLoreans -were- time machines.

Okay when I was a kid, I thought Doc Brown’s rejection of Marty’s photo of his sibling was a joke—just realized “They cut off your brother’s hair!” is actually setting up that Doc notices the fading brother before he knows what it means.

I have seen this movie maybe a hundred times, and I never figured that out before. Drugs are good!

Also “No wonder your president’s got to be an actor, he has to look good on television” isn’t even a joke, just literal truth

It’s funny how, once you come up with the premise “kid with a time machine prevents his parents from conceiving him,” it just naturally follows to “his teenage mom reeeeeally wants to fuck him.”

“But it’s okay, because he’s come up with a plan to pretend to sexually assault her, but instead, he plays guitar!”

Crispin Glover is great in this. George McFly comes off as authentically weird, but also you can’t help rooting for him—and his face after he finally punches Biff out is some terrific acting.

When I was a kid, I thought playing/singing “Johnny B. Goode” for an audience was literally the coolest thing a person could do.

I always get nervous when Doc tears up the letter. What if he forgets to tape it up and read it this time?

Also never occurred to me that the Marty our Marty sees when he gets back to the future isn’t him, it’s the version of him from the present where the McFlys are successful. Who he replaces. And Doc knows he’s a replacement.

Our Marty is from the timeline where the McFlys were losers, and he’s only person who remembers it. This Doc would have realized that when His Marty left, the Marty who grew up with cool parents, he’d be getting back the Marty from the loser timeline, who doesn’t know any of this

You’d think This Doc would have at least warned Our Marty what was going to happen. Maybe he thought it would be a fun surprise? (Ok I’m a bit stoned but I think this all makes sense.)

Still love that movie. Thanks for putting up with me live tweeting it.

if there was a better way to go then it would find me. Actor and writer ( he/him) represented by @JennieGoloboy Patreon: https://t.co/MsVaBANko9