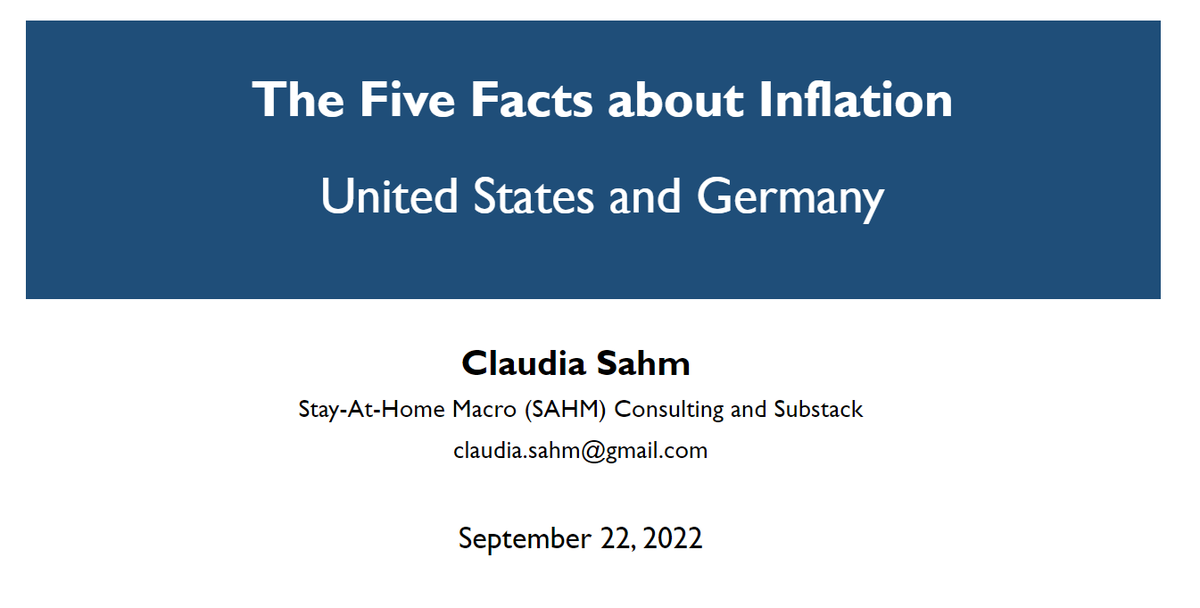 before you hear what I think, let's start with central bankers who are calling the shots. Powell's opening statement at the presser yesterday. federalreserve.gov/mediacenter/fi… 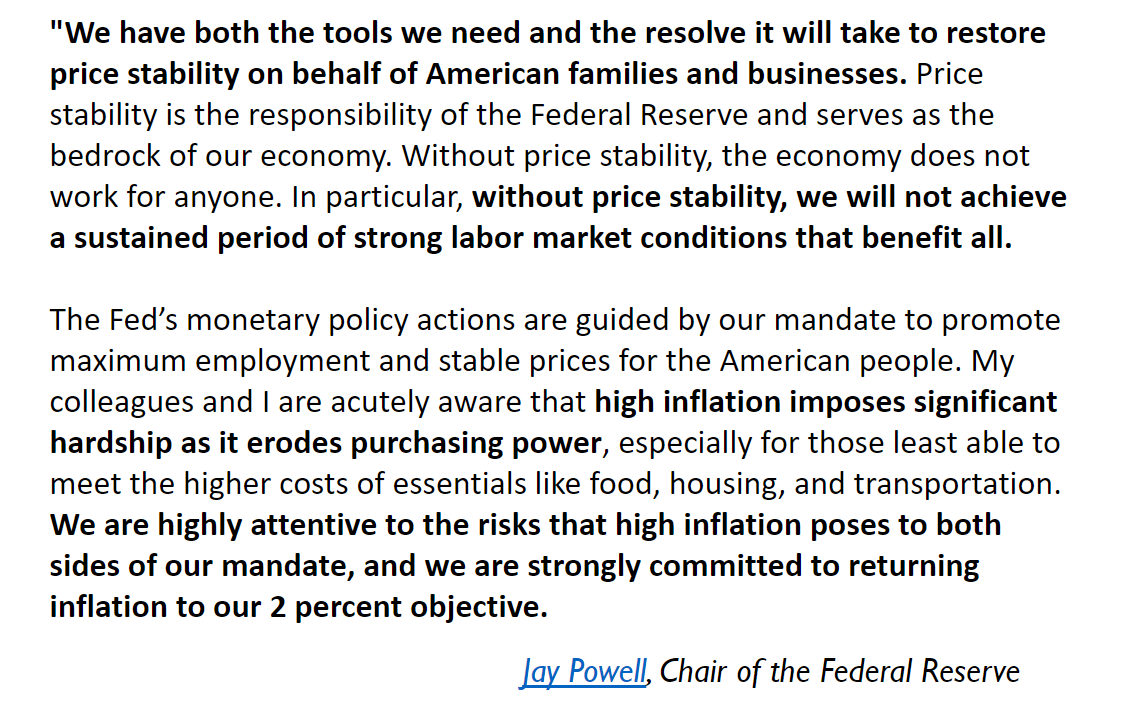 an interview with Isabel Schabel ecb.europa.eu/press/inter/da… 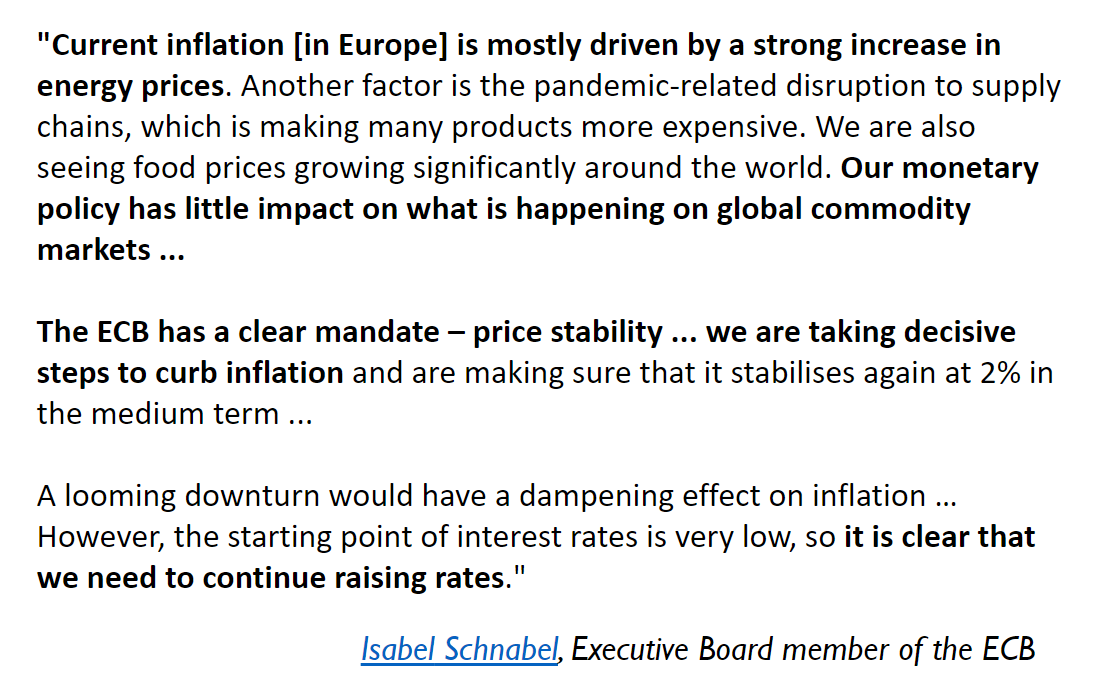 to say I disagree is to put in mildly. so hear goes with my thoughts about inflation now ... 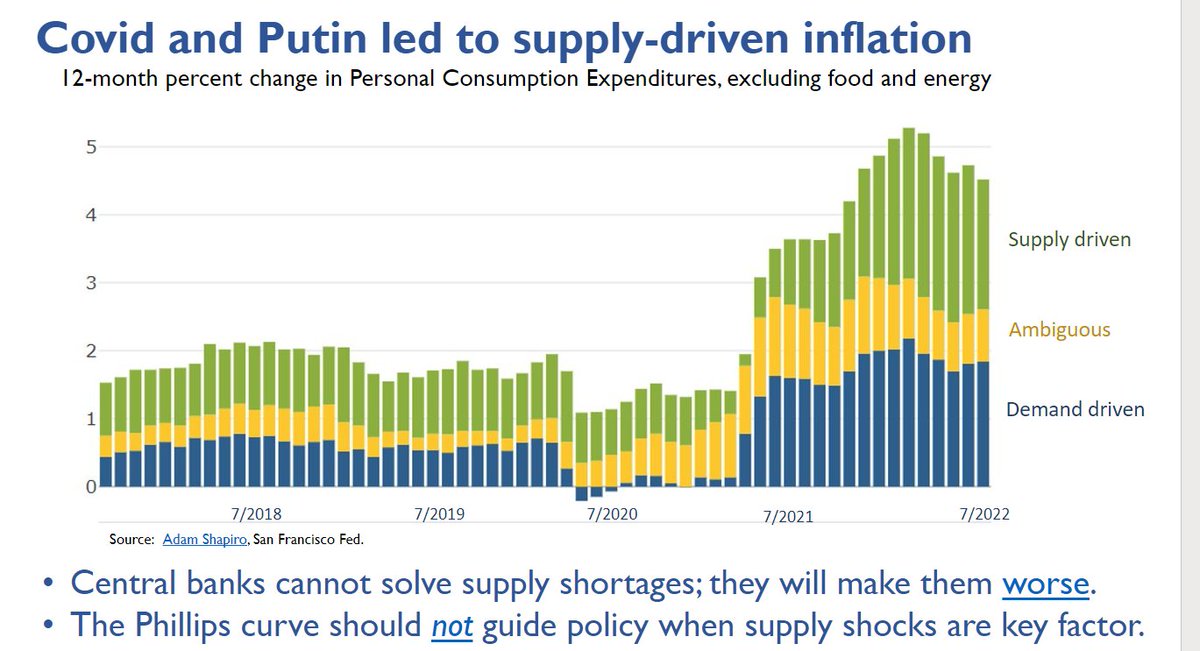 It is inexcusable, bordering on dangerous for the Fed to be raising rates so aggressively. Is 4 percentage points on US core inflation really worth destabilizing Europe and pushing us into a global recession? No, it is not. 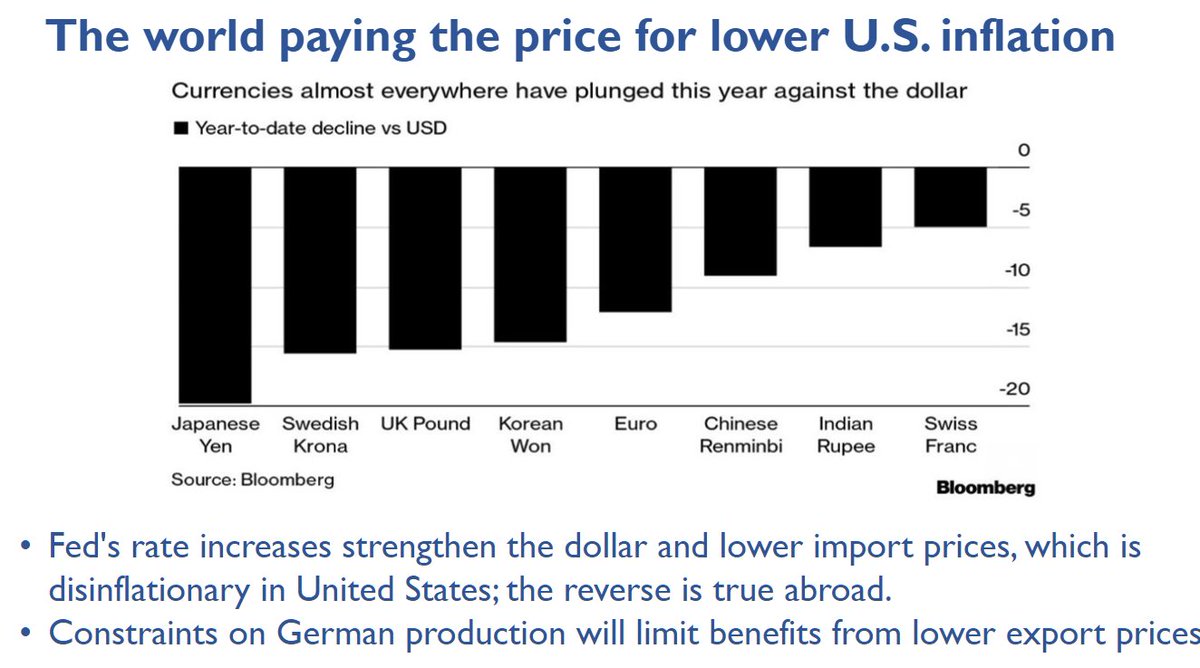 in the US, there is a path forward to lower inflation in the near term with a several dis-inflationary factors in the pipeline. Europe is still entering the energy crisis. (note series are not directly comparable in magnitudes and drivers differ, but different trends exist.) 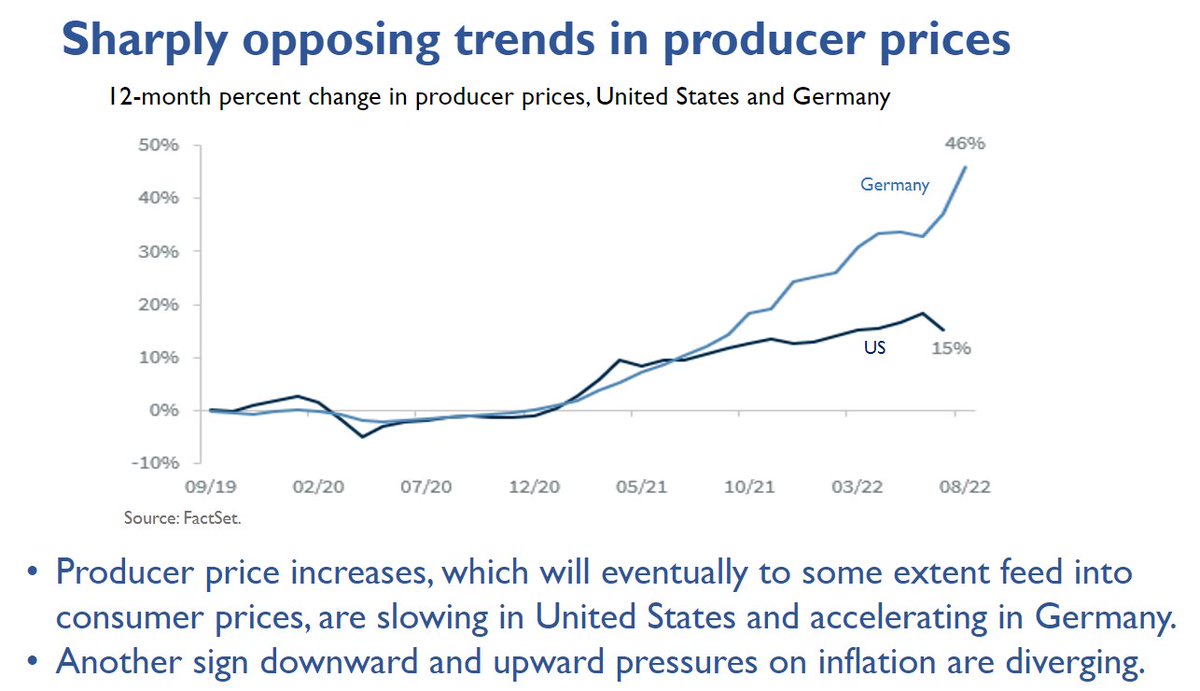 stop talking about inflation expectations as if they are The Force. expectations only matter to the extent that they change behavior. where is the proof of an inflation mentality anywhere near? it took a decade of high inflation in the 1970s to create it, not a year and half. 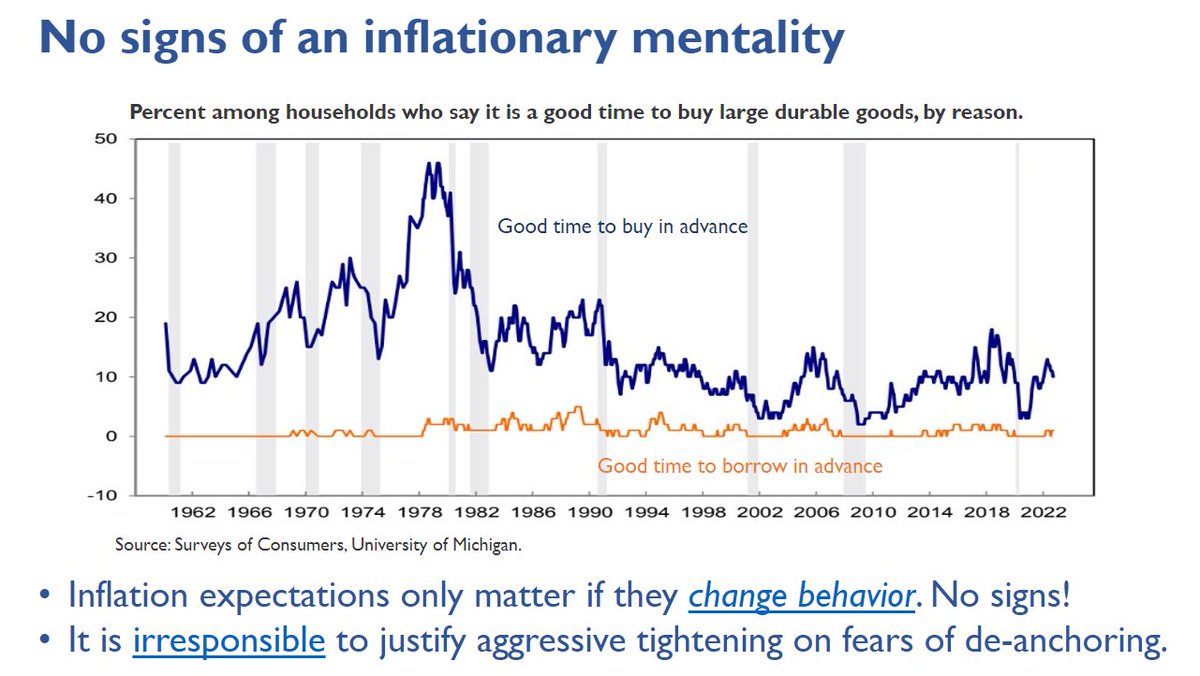 newsflash rich people spend more money than poor people. instead of bitching at low-wage workers for getting raises and new jobs, how about you wag a finger at the well off and their spending? 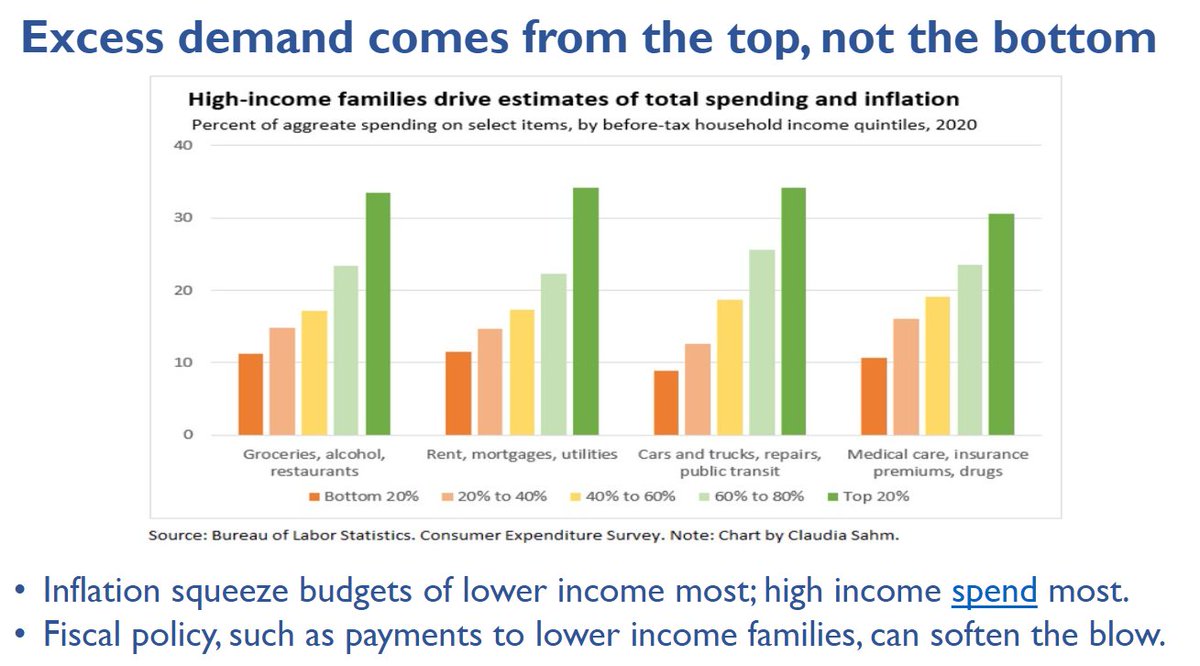 that was my talk in Berlin today. no one there asked me about the Summary of Economic Projections. no one asked 75 or 100. no one yelled about the Rescue Plan. what was a question? how do we help people now.

that's been my talk multiple times in Germany now. don't act there's nothing we can do to help people. don't act like central banks call the shots. they don't. twitter.com/Claudia_Sahm/s…

Last week I gave this research talk at @IMK on direct payments to households during recessions and how lessons from those programs could inform the design of cash relief now that is the least inflationary. 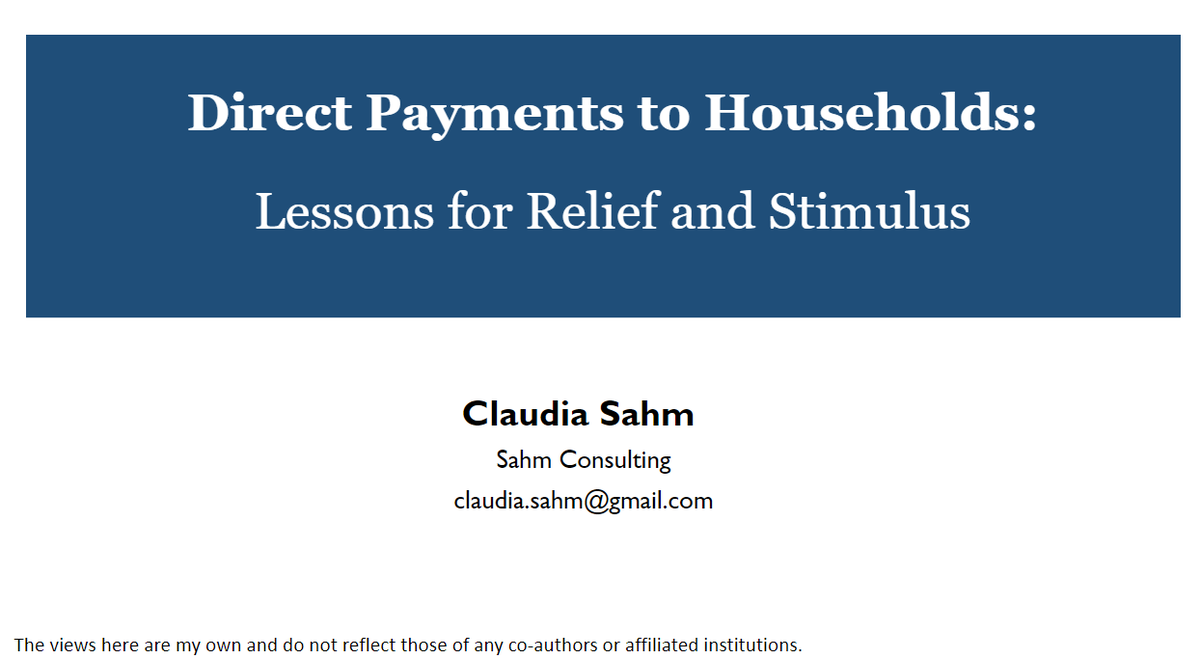 today's talk: Macroeconomic stabilization and relief for families and businesses: Lessons from the United States

I have huge respect for the Fed. my push back is at orthodoxy in money/macro. normally, I’d be less forceful, but these are far from normal times. Being in Germany two weeks and talking with numerous policy advisers and experts here make the US policies/debates mind boggling.