1/ Using @ALMA Observatory📡 , astronomers have found a hot bubble of gas swirling around Sagittarius A* the black hole at the centre of our galaxy, at 30% of the speed of light. 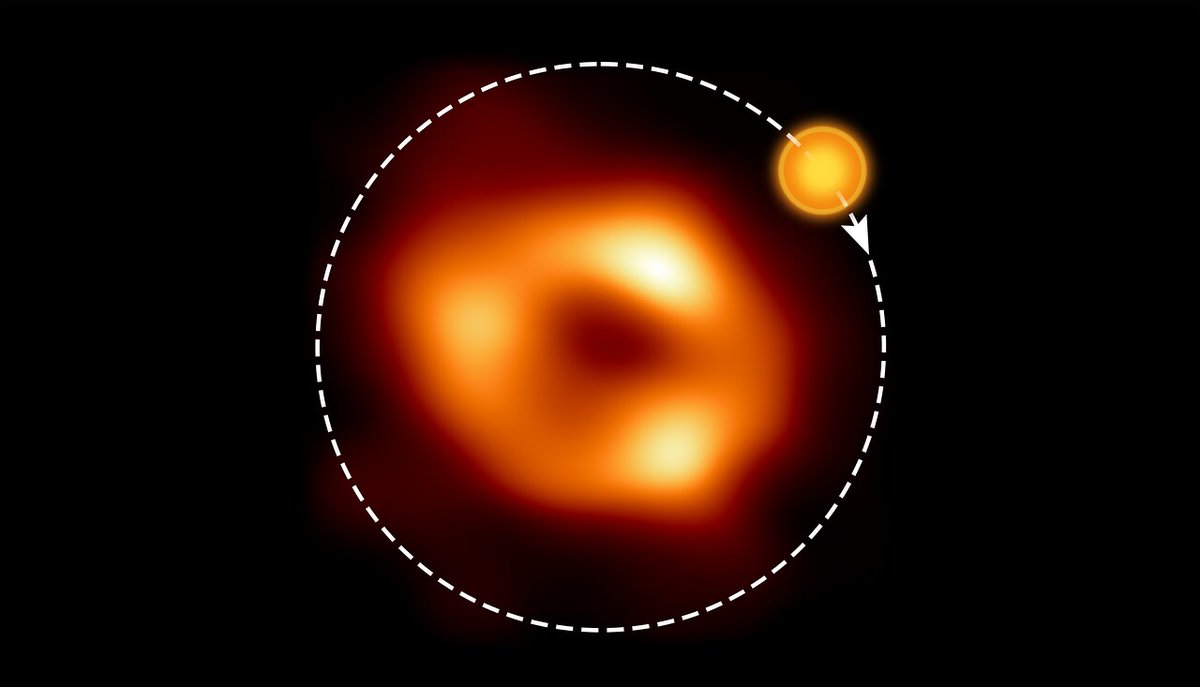 2/ Clues about this bubble were hidden in ALMA data obtained in 2017 as part of observations with the Event Horizon Telescope.

3/ Hot bubbles were long thought to be linked to high-energy flares in Sagittarius A* but their presence in radio light was elusive, until now.

4/ ALMA’s observations have also allowed astronomers to reveal the magnetic origin of the flares causing the hot gas bubble.

5/ “Hopefully, one day, we will be comfortable saying that we ‘know’ what is going on in Sagittarius A*” Maciek Wielgus, Max Planck Institute for Radio Astronomy.

6. This video shows an animation of the gas bubble orbiting around Sagittarius A*. While the black hole has been directly imaged by the EHT, the orbit and velocity of the bubble are inferred from observations and models. Credit: @Event Horizon 'Scope , @ESO /L. Calçada. Ack.: M. Wielgus

The European Southern Observatory designs, builds & operates world-class observatories on the ground for the benefit of society #ESO60Years  🇨🇱 @ESO_Chile