Chancellor is up - starts talking about energy crisis.. goes through the considerable help already announced. No number yet. Says Bank of England independence is “sancrosanct”

On planning: “we’re getting out of the way to get Britain building” … “publishing a list of infrastructure projects that will be prioritised for acceleration, …enable forthcoming planning reforms… increase the disposal of surplus government land to build new homes”

Chancellor - Announces plan to “legislate to require unions to put pay offers to a member vote, to ensure strikes can only be called once negotiations have genuinely broken down” Reflects union success in moving straight to ballot before even starting talks to meet thresholds

Chancellor wants global banks to “create jobs here, invest here, and pay taxes here in London, not Paris, not Frankfurt, not New York” .. and will “get rid” of the bonus cap

Corporation tax rise to 25% (from 19%) cancelled which will “plough” £19bn a year back into the economy, says Chancellor

Now announcing duty rates for beer and spirits will be cancelled… Rather difficult to sustain the idea that this is not a Budget, just without independent OBR scrutiny

Scrapped the 45p rate of tax

Two year Government borrowing gilt rates has shot up 30 basis points to 3.9%.. less than 3.5 this morning… a huge move today. was 3.1 on Tuesday, was 1.7 when Truss took lead over Sunak in August 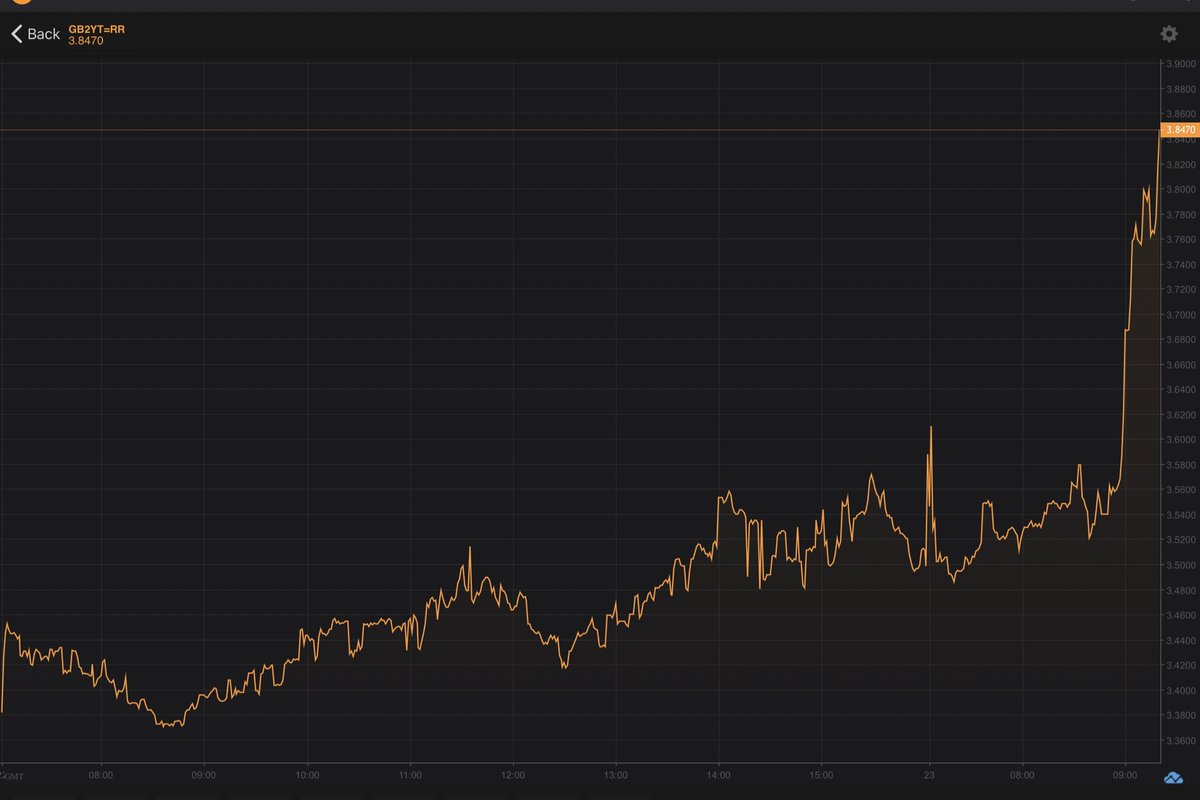 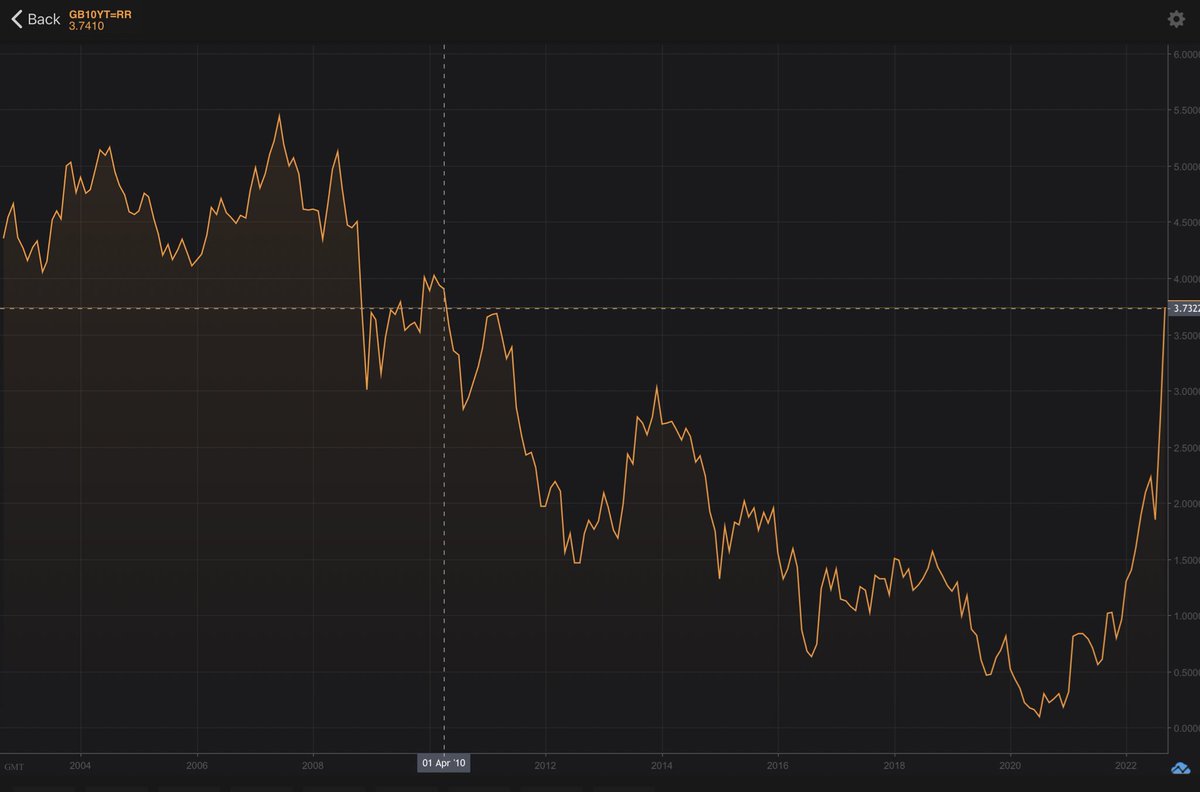 *** And although there is no OBR forecast, as I reported this week the Treasury has had to forecast for the DMO how much extra it immediately needs in financing, ie how many gilts it has to sell to meet funding - £72 billion extra in this financial year dmo.gov.uk/media/navfleww… 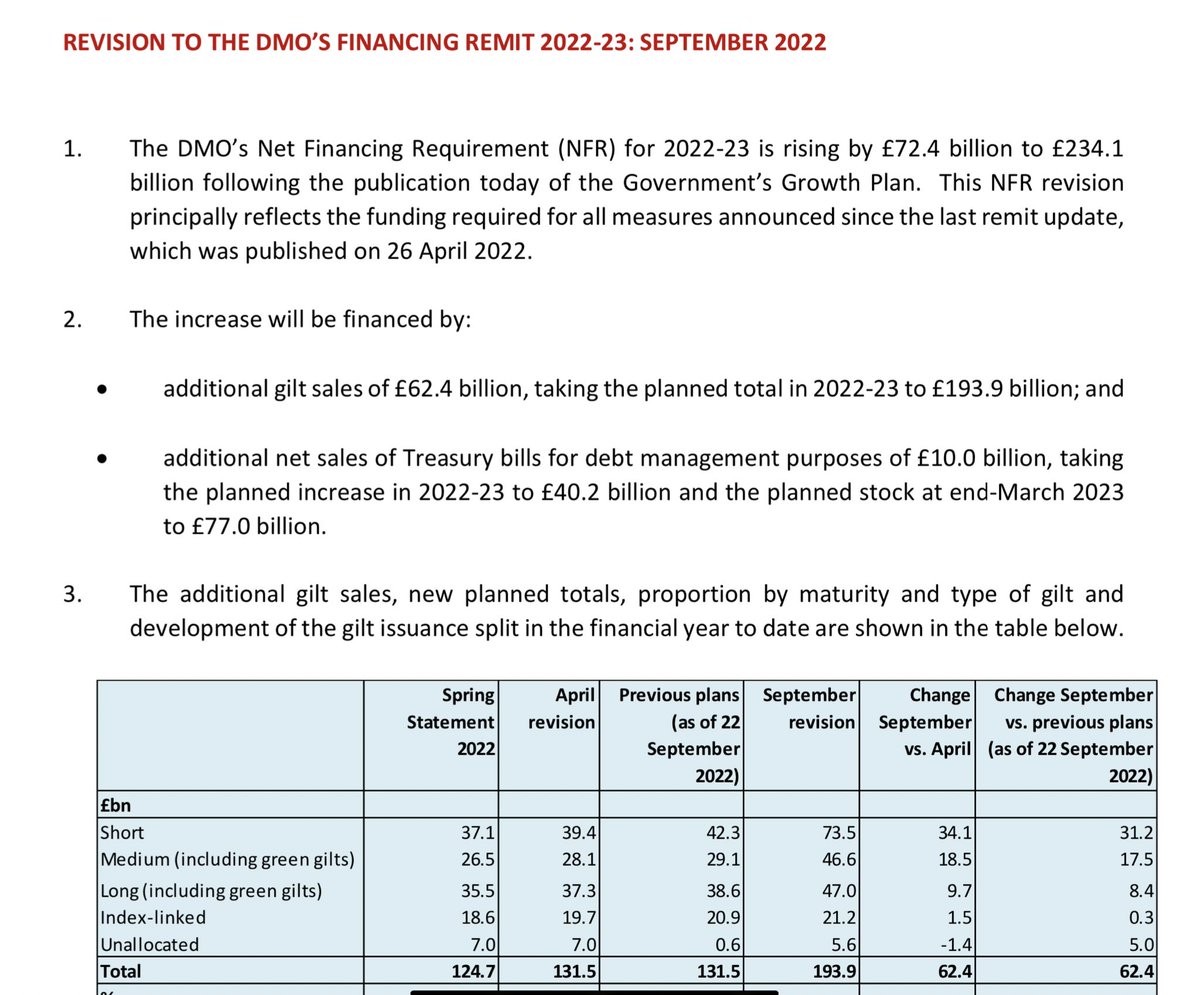 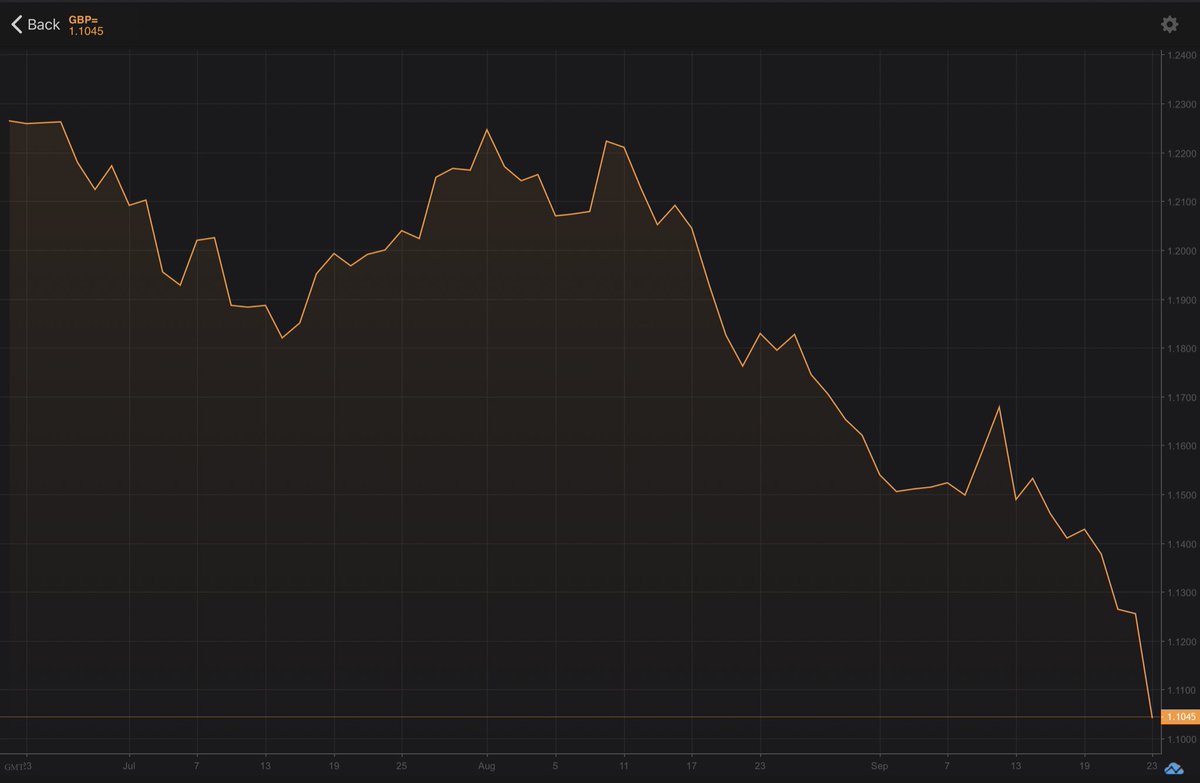 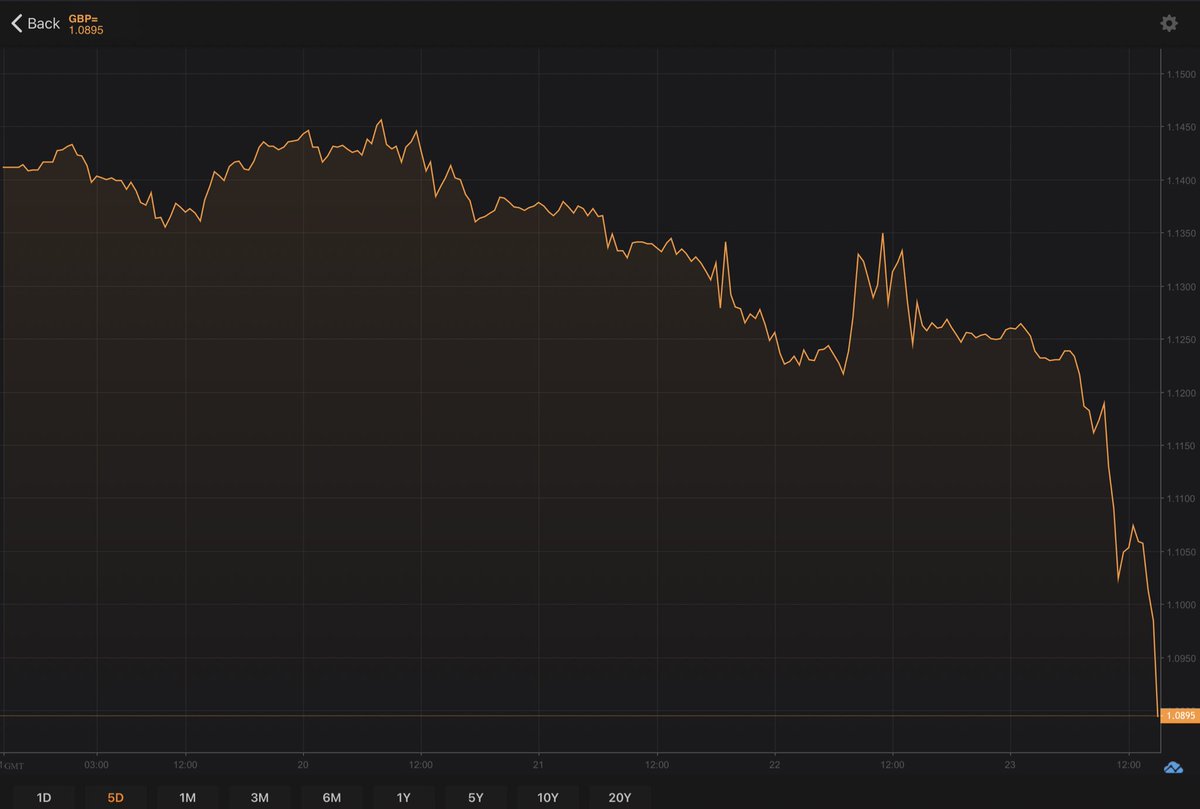