For years, WEF, the UN, and World Bank have demanded poor nations cut subsidies for gasoline, diesel, & propane. It was the #1 demand of “The Great Reset.” But nearly every time fuel prices rise, there are riots. Why, then, do elites keep demanding it? michaelshellenberger.substack.com/p/the-great-re…

The "Great Reset" Is Real And Wrecking Havoc

Last week, Haiti took the advice of the IMF, WEF, and World Bank and announced the end of fuel subsidies. The result has been riots, looting, and chaos. A powerful gang leader used public outrage at the announcement to block a port and organize the overthrow of the government.

Global elites know that any cut to fossil fuel subsidies inflames citizens. In 2018, the Haitian government agreed to IMF demands that it cut fuel subsidies and there was so much rioting that the prime minister was forced to resign.

In 2014, the government of Haiti, on the advice of the World Bank, combined fuel price increases with greater spending on health and education, as IMF recommends, and the result was widespread strikes that forced the government to resume subsidies by early 2015.

It’s not just Haiti. Over 40 nations since 2005 have triggered riots after cutting fuel subsidies or otherwise raising energy prices. It happened earlier this year in Kazakhstan, Ecuador in 2019, Nigeria in 2012, Bolivia in 2010, and Indonesia in 2005.

In 2017, an obscure agency within the World Bank called the Energy Subsidy Reform Facility (ESRF) published a report about what went wrong with its 2014 efforts in Haiti to remove fuel subsidies. In it, ESRF revealed itself to be the architect of plan to cut fuel subsidies.

The report is so damning I was surprised the World Bank allowed it to be published. What went wrong? According to ESRF, the Haitian government’s public relations. “Research points out there was a widespread lack of information,” ESRF staff wrote.

The problem was not, the report insisted, that there was anything wrong with the policy of increasing energy prices in a nation where the per capita GDP is $1,814 per year. Next time, ESRF said, they needed to better explain to Haitians why they needed to pay more for energy.

Part of the issue is that global elites are arrogant & disconnected from reality. The people who work at the U.N., IMF, and World Bank, and attend WEF conferences in Davos, don’t talk to people in poor and developing nations who are most affected by energy price increases.

People in powerful institutions are especially blind to their biases because they view people who disagree with them as their intellectual inferiors. As a result, institutions like WEF, the UN, and World Bank stamp out dissent, so there is nobody around to challenge bad ideas.

In 2014, Haiti’s fuel subsidies amounted to 2.2% of Haiti’s GDP. That’s not nothing. Health spending was 0.8% of GDP that year. But 2.2% is hardly a major drain on the federal budget, and it’s effectively nothing for politicians who want to stay in power.

Cheap energy is a precondition for development. Subsidizing energy rather than, say, subsidizing health care, or simply giving people cash, may be a way of subsidizing productivity, and have positive knock-on economic benefits that are difficult to measure, inefficiencies aside.

IMF says fuel subsidies disproportionately benefit the affluent: “Haitians with cars and generators.” But many are using energy for buses that transport workers, and generators for industries. If they pay more for energy, they’ll pass on the higher costs to their customers.

In other words, it’s not just consumers who need energy, it’s also the producers, the people who drive growth. I find it hard to believe that the economists and others who work at WEF, IMF, and World Bank don’t know that expensive energy retards economic growth. It’s Econ 101.

In other words, they promote energy that is too expensive to be used for industry, and which keeps poor nations like Haiti dependent on outside charity, and they oppose energy that is cheap and reliable and can be used for powering factories and transporting workers.

As such, what’s driving the demand from Western elites that poor nations make energy more expensive is the same anti-civilization ideology that is being used to justify everything from the closure of nuclear plants to the blocking of nat gas production to the war on fertilizer.

WEF & The Great Reset are explicitly inspired by the anti-human, pro-scarcity ideology of Malthus. Here’s the smoking gun. Their goal is de-industrialization through renewables & organics. It’s driving inflation, causing riots, and undermining governments.

It’s an irrational, apocalyptic religion that emerges from nihilism, the view that life has no purpose, and that we should dismantle civilization. Point any of this out and they say, “Oh gosh no — we’re just trying to help people by reducing pollution!” michaelshellenberger.substack.com/p/anti-energy-…

But they’re obviously not trying to reduce pollution because, by shutting down natural gas and nuclear plants, they are making pollution worse. And they aren’t interested in reducing fertilizer pollution through technology, only through reducing farming, livestock, & food.

The people who are creating shortages of fertilizer, natural gas, & electricity call themselves “environmentalists,” but by increasing the use of wood, coal, & land, they are causing far more harm to the environment than any fossil fuel company. 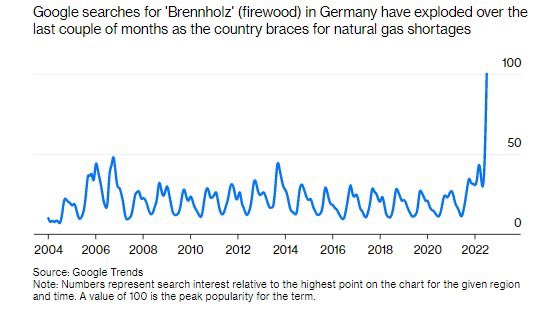 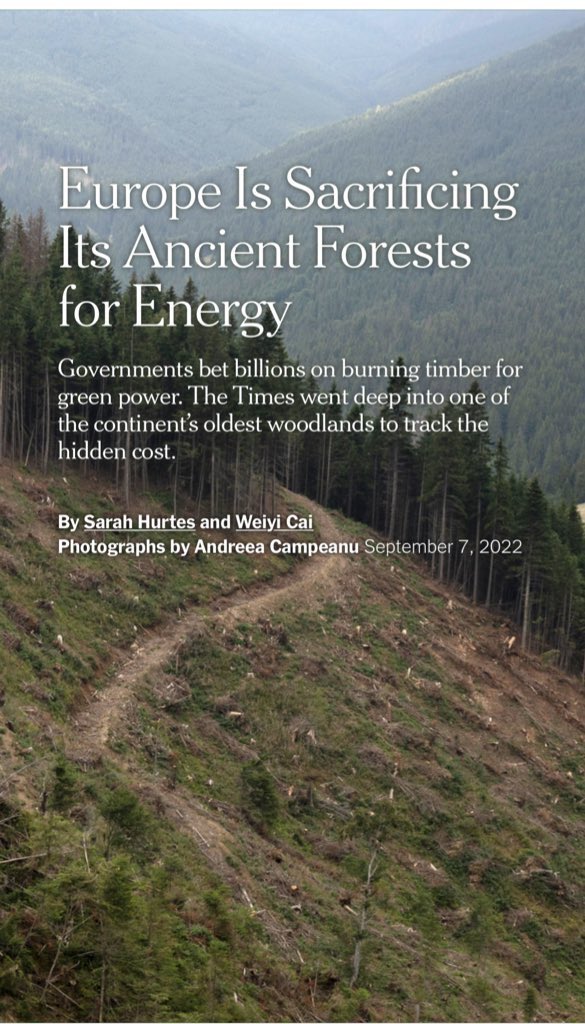 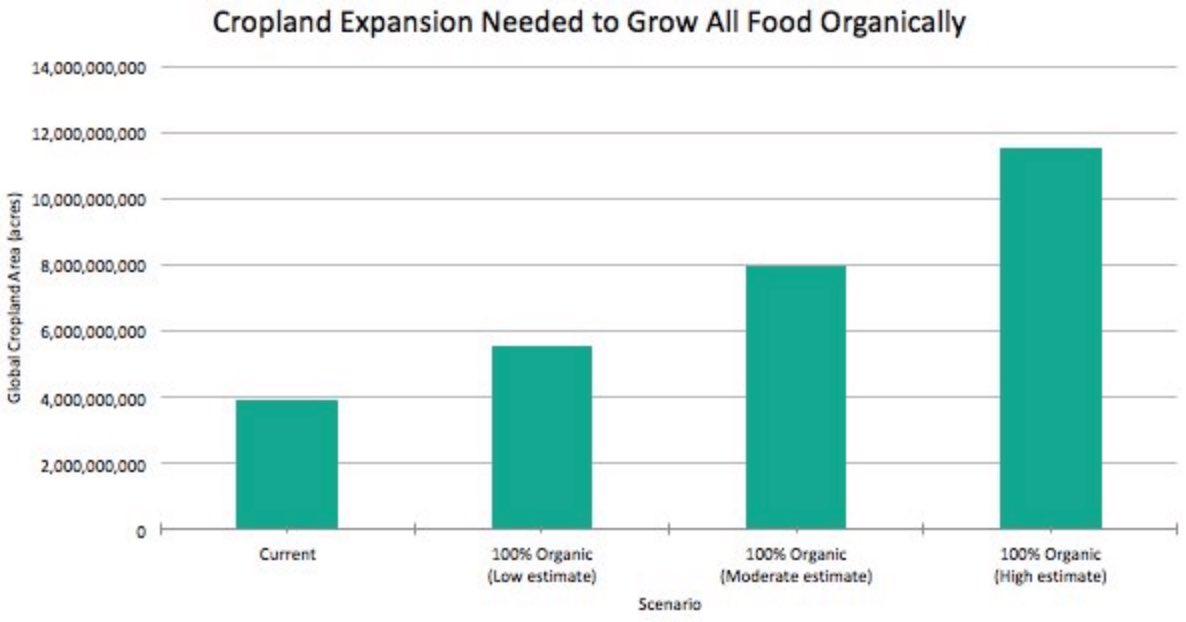 The flip side of nihilism is narcissism. They compensate for the anxiety that stems from their view of life as meaningless by constantly demanding attention. They insist the world will end unless everyone does what they say, namely by becoming poorer. michaelshellenberger.substack.com/p/narcissism-o…

Narcissism Of The Apocalypse

The good news is that a growing number of the people who provide us with the food & energy we need to survive are finally standing up for civilization. Farmers are protesting. Energy consumers are rioting. And energy providers are push back against the Woke nihilists. 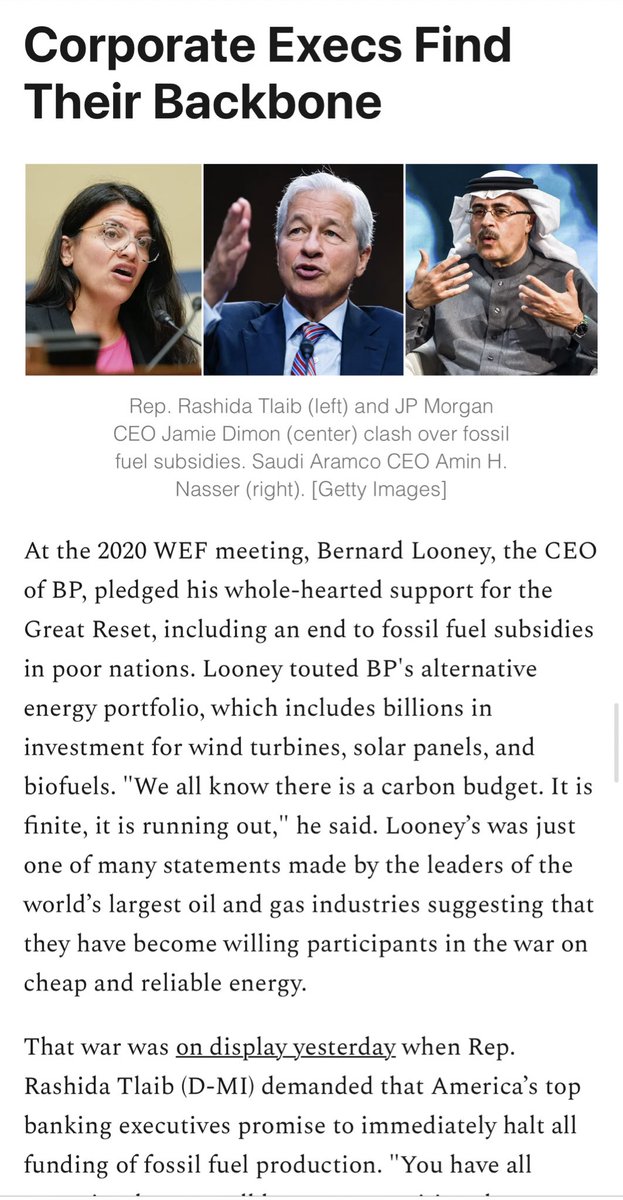 After Rep. Rashida Tlaib (D-MI) Wednesday demanded that America’s top banking executives promise to immediately halt all funding of fossil fuel production, JPMorgan Chase CEO Jamie Dimon, said, “Absolutely not. That would be the road to hell for America.”

On, September 20, Amin H. Nasser, the CEO of Saudi Arabia’s state-owned oil company, Aramco, said, "When historians reflect on this crisis, they will see that the warning signs in global energy policies were flashing red for almost a decade.”

Said Nasser, “oil and gas investments crashed by more than 50% between 2014 and last year, from $700 billion to a little over $300 billion… when you shame oil and gas investors, oppose LNG receiving terminals, and reject nuclear power, your transition plan had better be right.”

Nasser is, obviously biased, but he is also right. As I noted last year, six months before Russia invaded Ukraine, it was under-investment in oil and gas production, due to the ESG movement and climate activism, that had resulted in their scarcity. michaelshellenberger.substack.com/p/how-climate-…

Change is coming, and not just to Haiti and other poor and developing nations. Neoliberal and Malthusian dogma already resulted in the fall of one government, Sri Lanka, in August. The riots in Haiti suggest that it could soon result in the fall of others, very soon.

As Nasser noted, the fantasies of a world powered by renewables are “just a chain of sandcastles that waves of reality have washed away. And billions around the world now face the energy access and cost of living consequences that are likely to be severe and prolonged.”

Eventually, that change will arrive at WEF, the UN/IMF, and World Bank, or they will become irrelevant. After all, the leaders of poor and developing nations around the world read the news. They will soon learn from what’s happened in Sri Lanka and Haiti.

They will be reminded that fossil fuels and synthetic fertilizers are, for now, and in the foreseeable future, vital to cheap energy and food and that Western, neoliberal, and Malthusian institutions cannot be trusted.

Before long, we will go from the dark and delusional mantra of WEF’s “Great Reset,” “End fossil fuel subsidies and reset the economy,” to a more pro-human and hard-headed one: “Make energy abundant and cheap and reset the elites.” /End michaelshellenberger.substack.com/p/the-great-re…

The "Great Reset" Is Real And Wrecking Havoc