Good morning to another day of the Alex Jones Sandy Hook trial. Jones is still on the stand. Yesterday he deflected blame, showed zero sympathy for his lies, and flat out said he was done saying sorry. Let's see what happens today. TGIF. huffpost.com/entry/alex-jon…

Infowars has no less than five stories on the trial which all paint Jones as a hero standing up to the “elites.” He continues to profit off the suffering of families whose lives he further ruined. 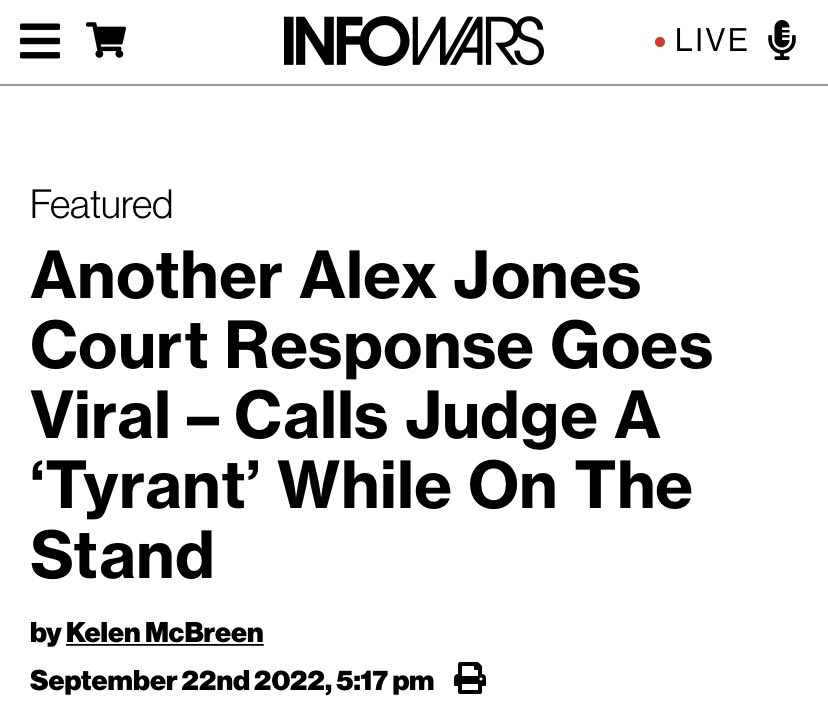 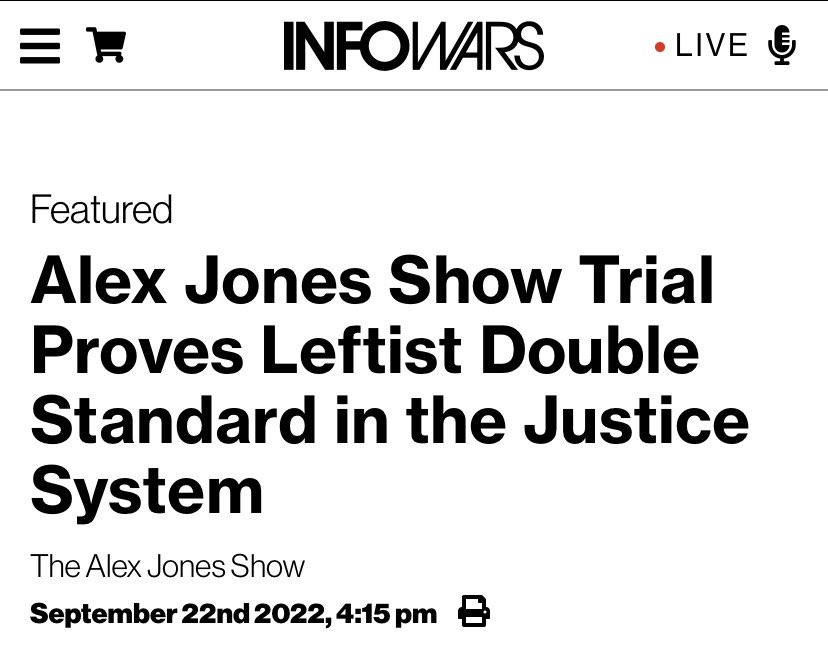 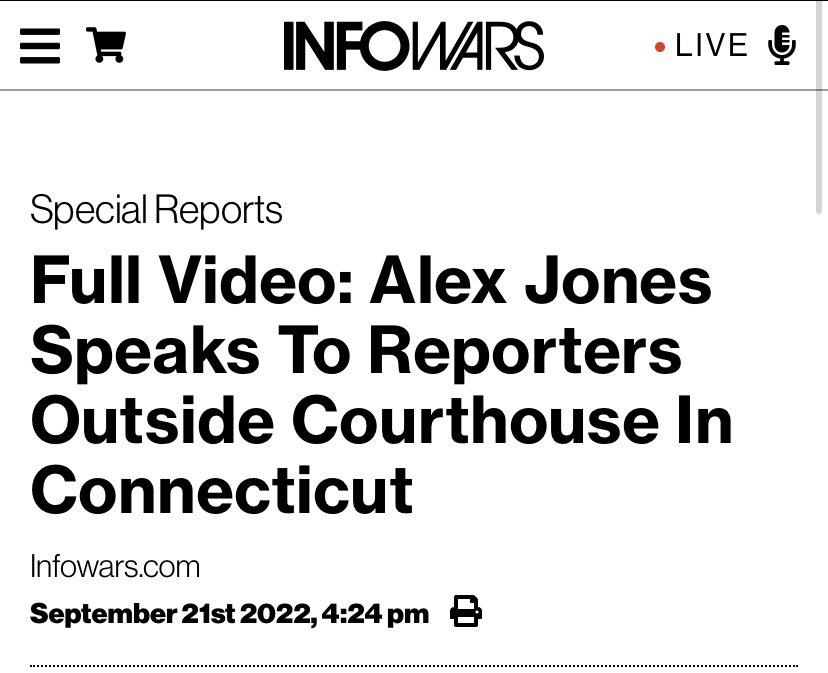 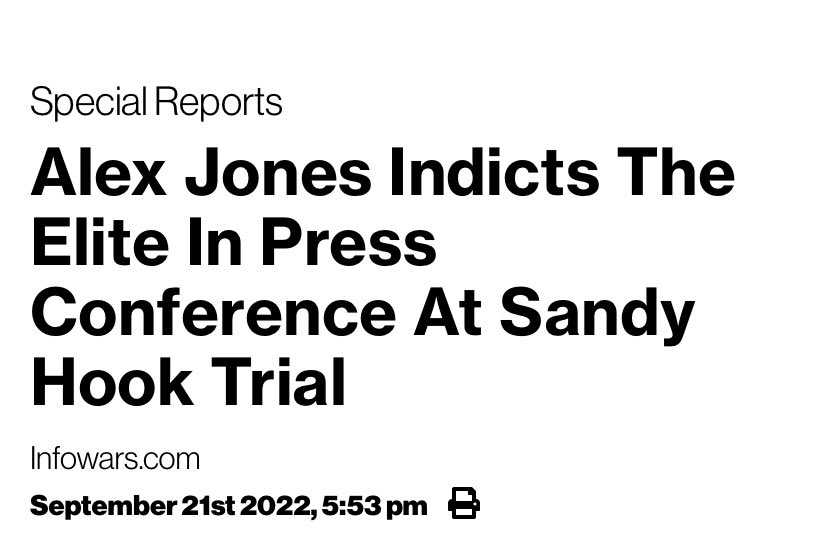 Judge Bellis enters. Jury coming in soon. As always, follow @Elizabeth Williamson who continues to be in the courtroom. What a legend! Check out her story from yesterday nytimes.com/2022/09/22/us/…

Looks like Jones won't be on the stand today after attorney Norm Pattis says he doesn't plan to cross examine him. Probably a good idea. Pattis adds he may call him to the stand next week.

Looks like they're taking a recess until 11:30. I'm getting breakfast, see ya soon!

Alex Jones is outside the courthouse doing his usual routine of victimizing himself. Who cares.

We are back, but plaintiff's attorney Chris Mattei is asking to adjourn for the day. Because Jones is not testifying, it is. "Forcing us to present evidence and highly important testimony in a way we weren’t planning, we are asking for an adjournment today."

Mattei brings up that outside the courthouse, Jones "continued his efforts to undermine this trial and attack the court" and "Made personal attacks on counsel here and our families."

Mattei said Jones called on the jury to do their "own research." Judge Bellis notes there isn't a gag order on Jones, but that jurors could be exposed to his ranting outside the courthouse.

Attorney Norm Pattis: "As to the adjournment, I’d love the day off."

Pattis now speaking to Mattei to figure out how to address jurors and explain why Jones isn't testifying today.