After 24 years, the final 24 hours. Tonight, @Roger Federer calls time on a career like no other. 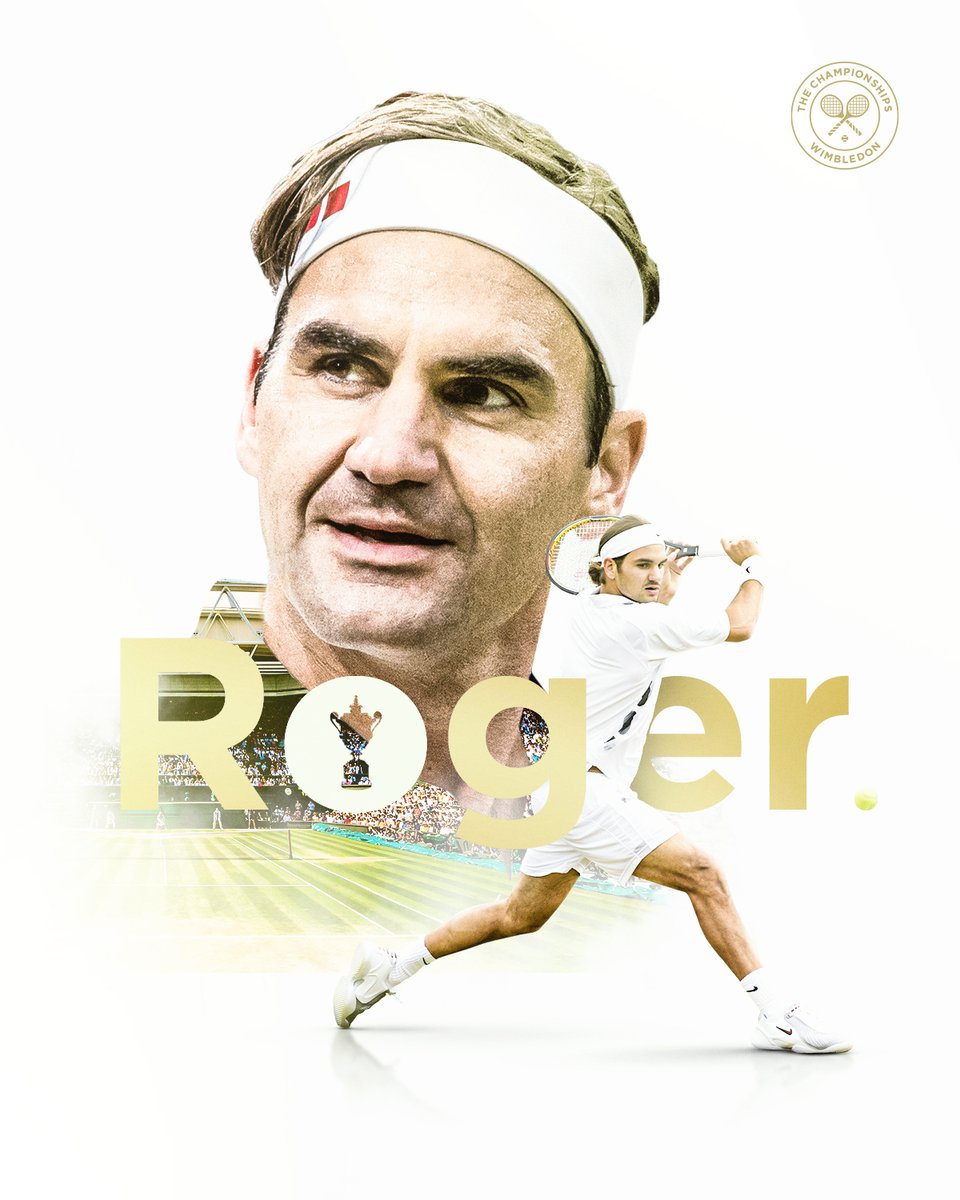 “We’ll be seeing him again” 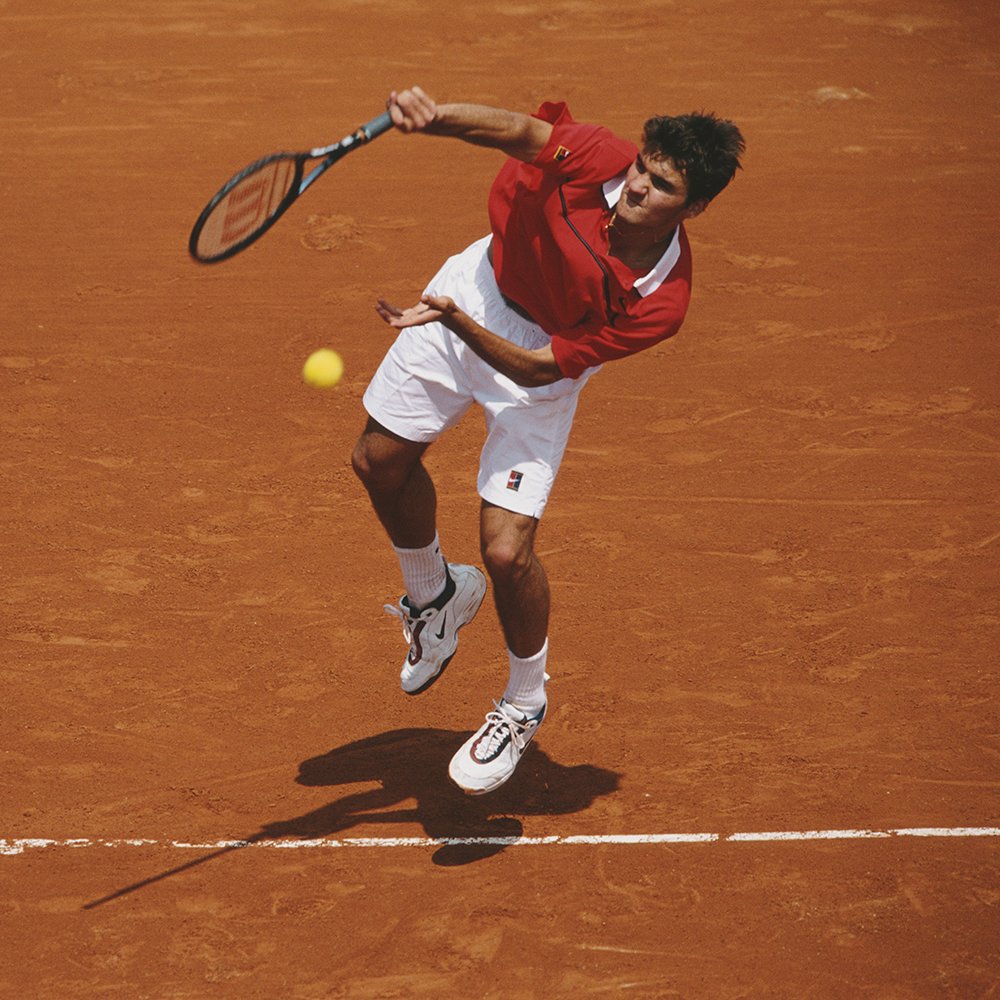 And he announced himself on the big stage that same year, defeating boyhood idol Pete Sampras on his Centre Court debut

In 2002, Federer broke into the ATP Tour Top 10 for the first time He would stay there for the next 14 years, eventually clocking a total of 968 weeks as a Top-10 player 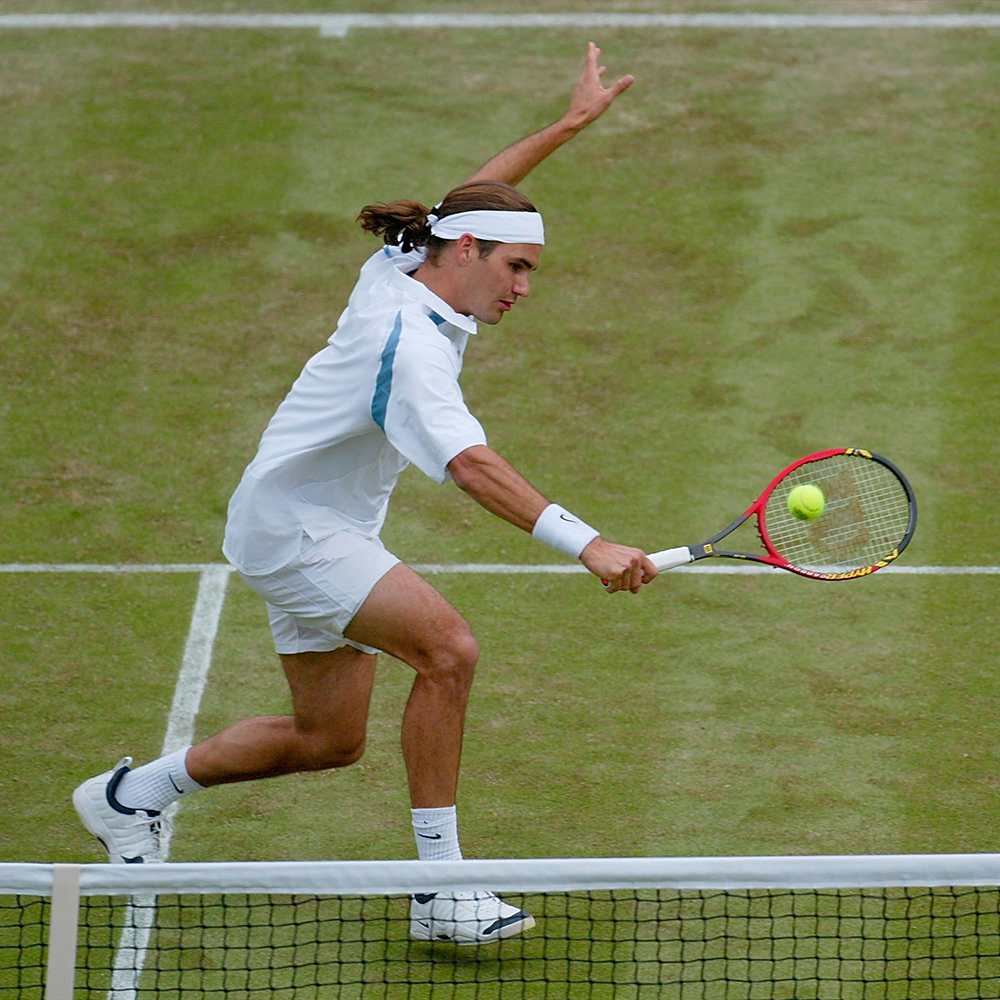 A dream was finally realised in 2003 when Federer claimed his first Wimbledon crown, defeating Mark Philippoussis in the final

A second Grand Slam soon followed in Australia in 2004 With that, the 22-year-old was crowned world No.1 for the first time, holding onto top spot in the rankings for a record 237 consecutive weeks (

This kick-started a period of incredible dominance Of the 16 Grand Slams between 2004 and 2007, Federer reached 13 finals, winning 11 further majors along the way 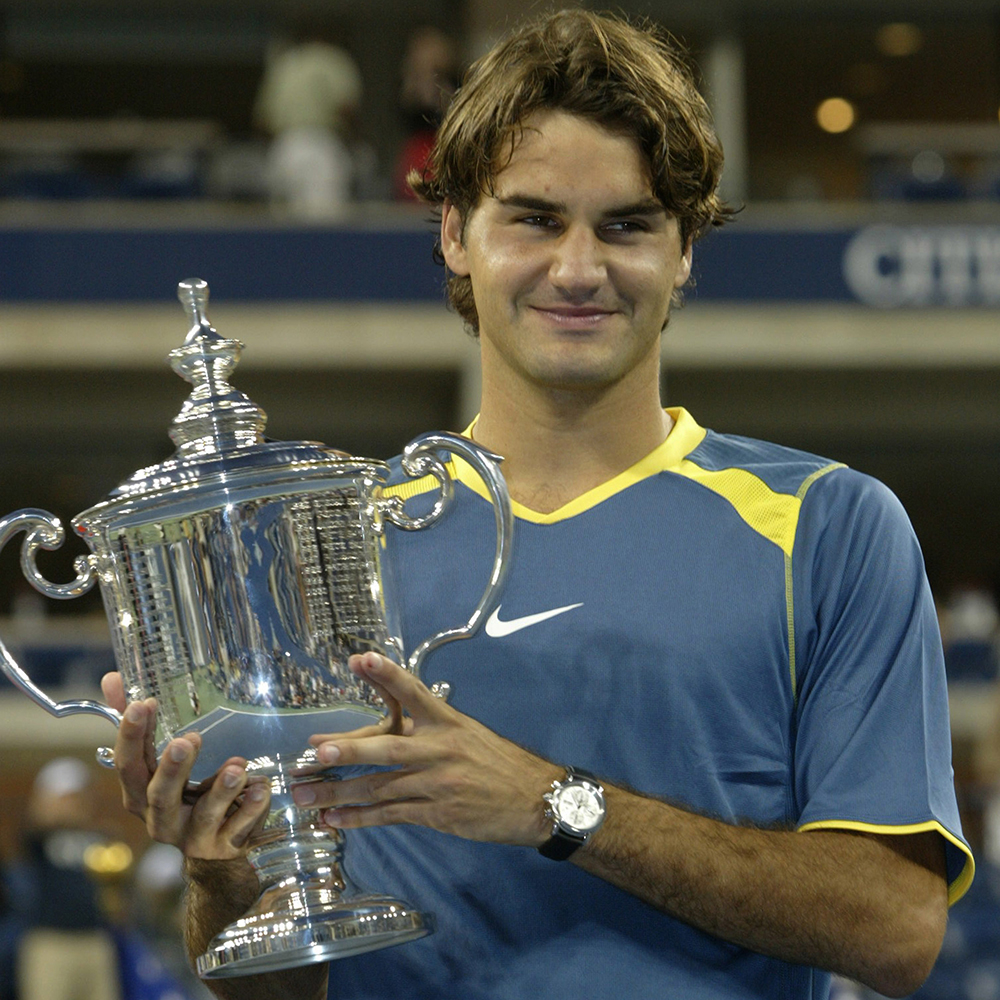 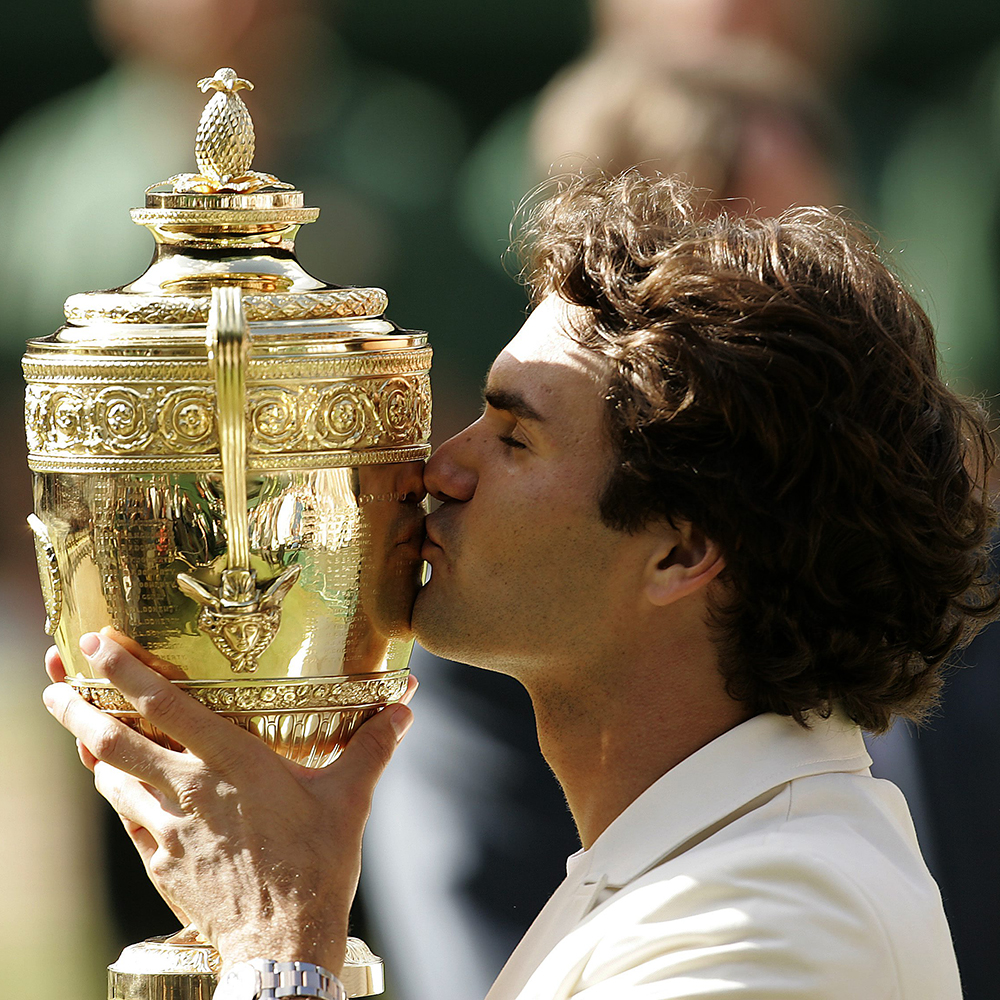 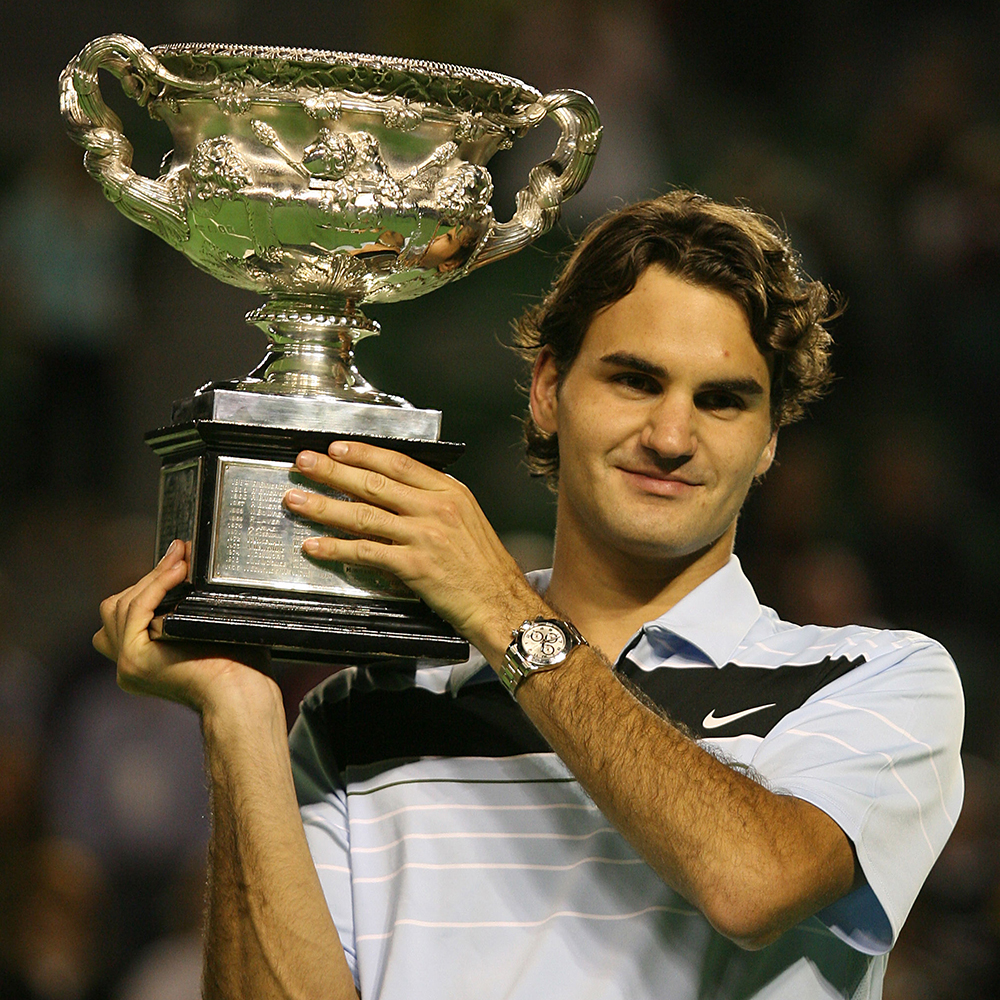 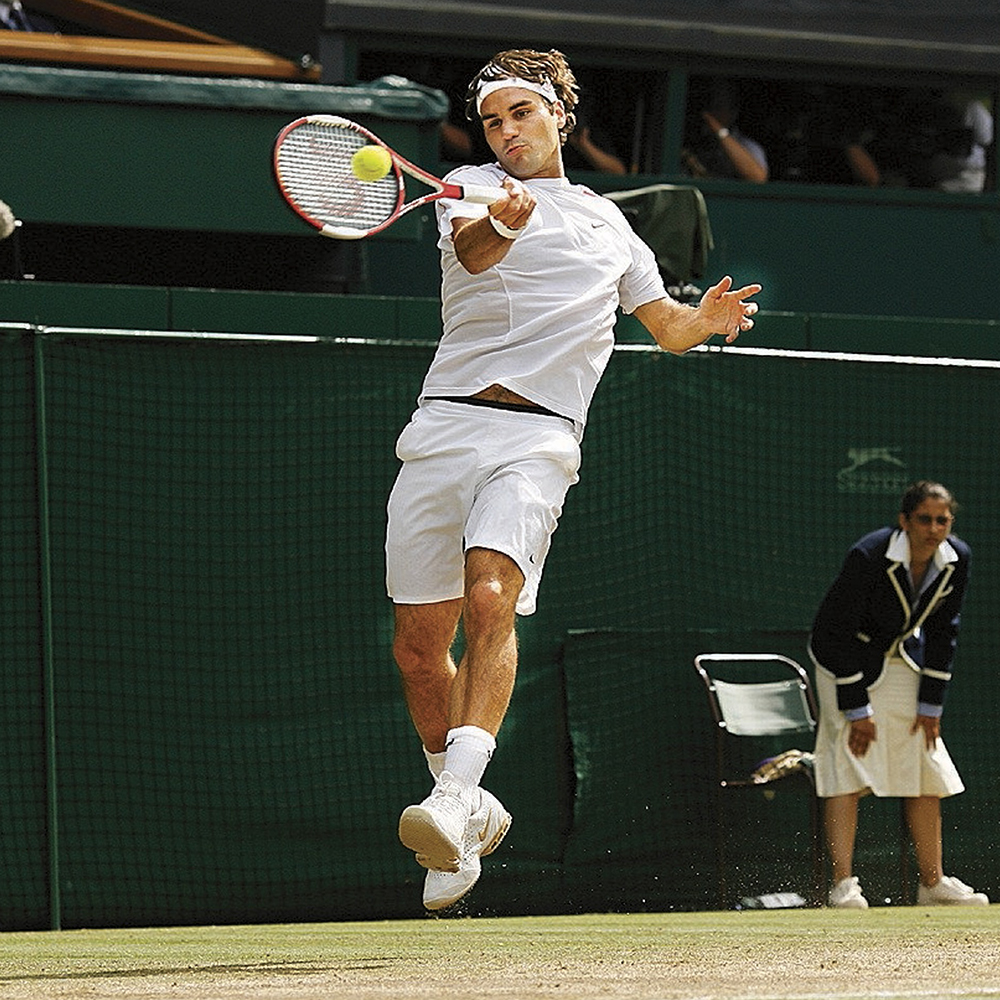 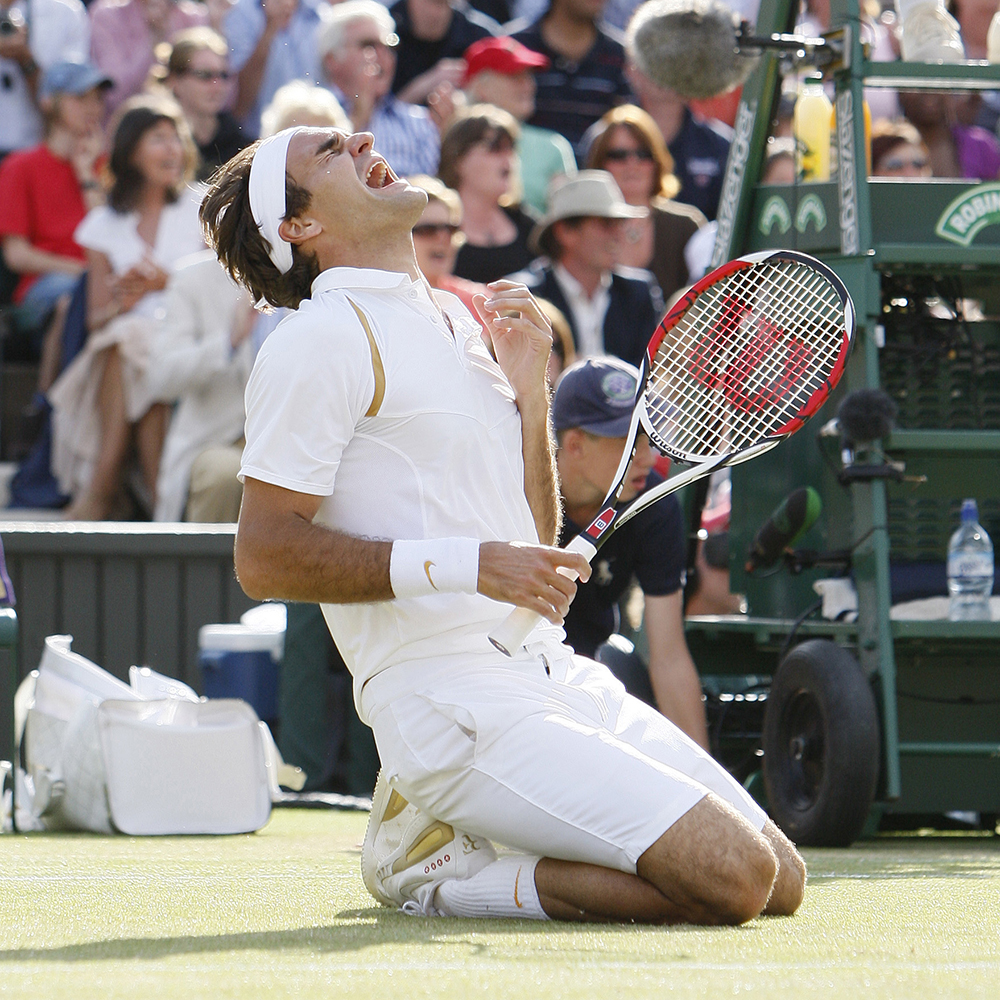 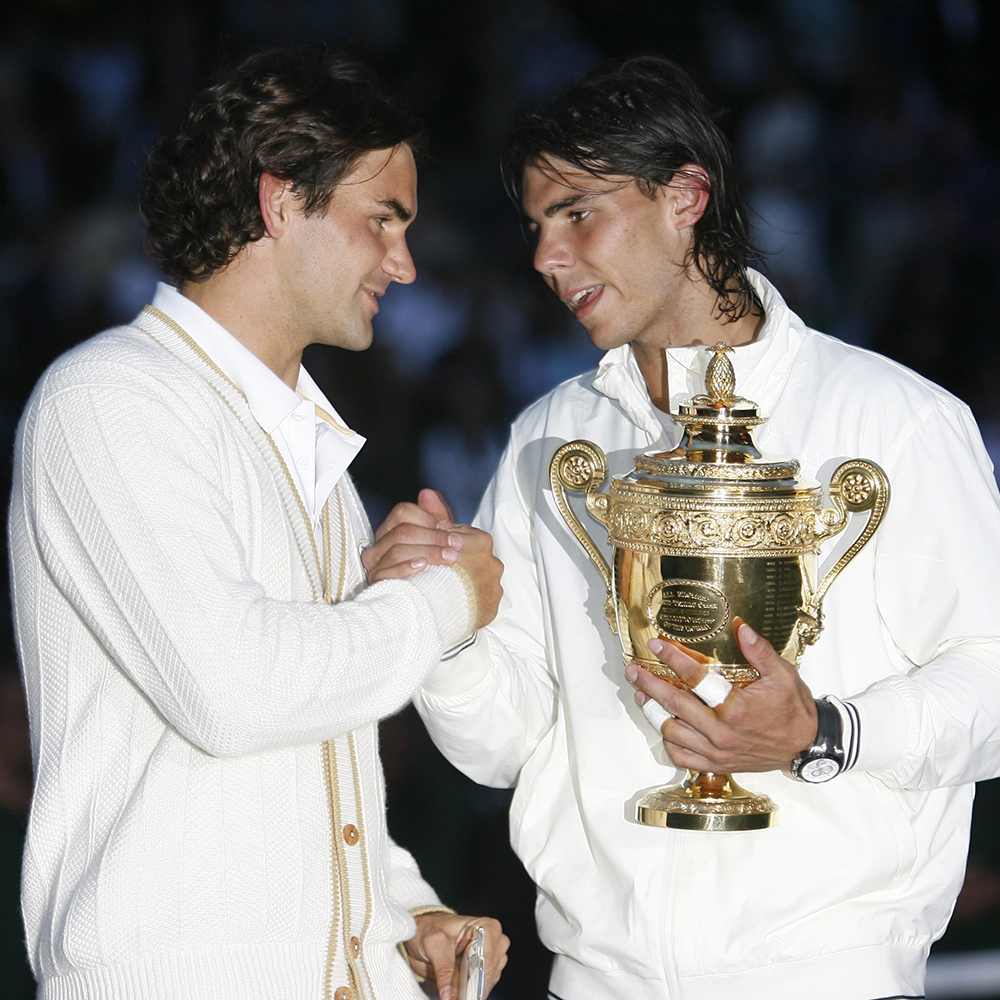 A flagbearer for Switzerland at the Olympic Games, Federer claimed doubles gold at Beijing 2008 with Stan Wawrinka, and later won a singles silver medal at London 2012 (

In 2009, he became just the sixth man in history to complete his career Grand Slam with victory at Roland Garros (

Less than a month later, he reclaimed his Wimbledon crown to surpass Pete Sampras by winning his 15th major title

A seventh Wimbledon title followed in 2012, Federer defeating Andy Murray in the final weeks before the duo met in the Olympic gold medal match on Centre Court 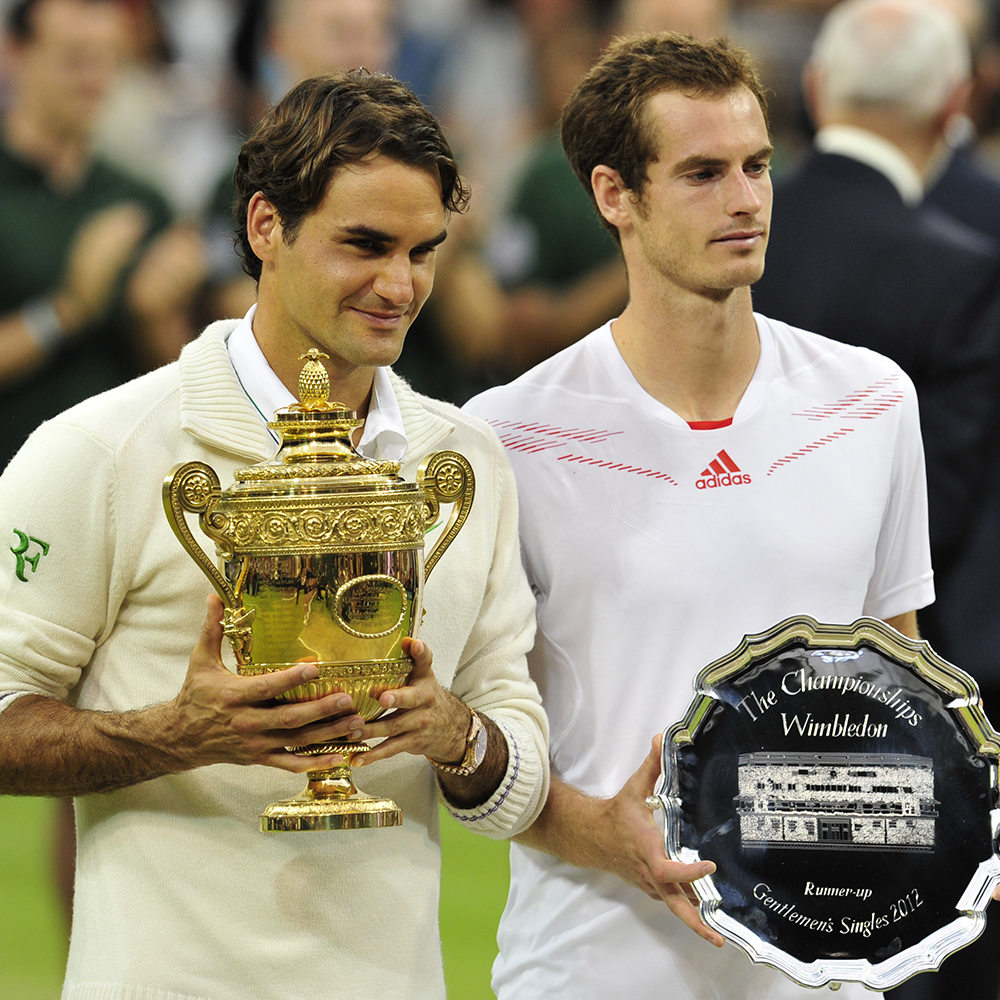 Having won all four majors and an Olympic gold medal, Federer led Switzerland to their first Davis Cup title, sealing victory over France in the 2014 final (

In 2015, Federer reached 1,000 tour-level match wins in style with victory in Brisbane (

Knee surgery curatiled his 2016 season, but not before a spellbinding comeback in the Wimbledon quarter-finals, saving three match points against Marin Cilic to reach the semis

Federer returned to action after six months on the sidelines in 2017 in spectacular fashion, winning the Australian Open for a fifth time (

In 2019, a 37-year-old Federer reached his 12th and last Wimbledon final, beaten in an epic five-set contest by Novak Djokovic At four hours, 57 minutes, it was the longest singles final in Wimbledon history 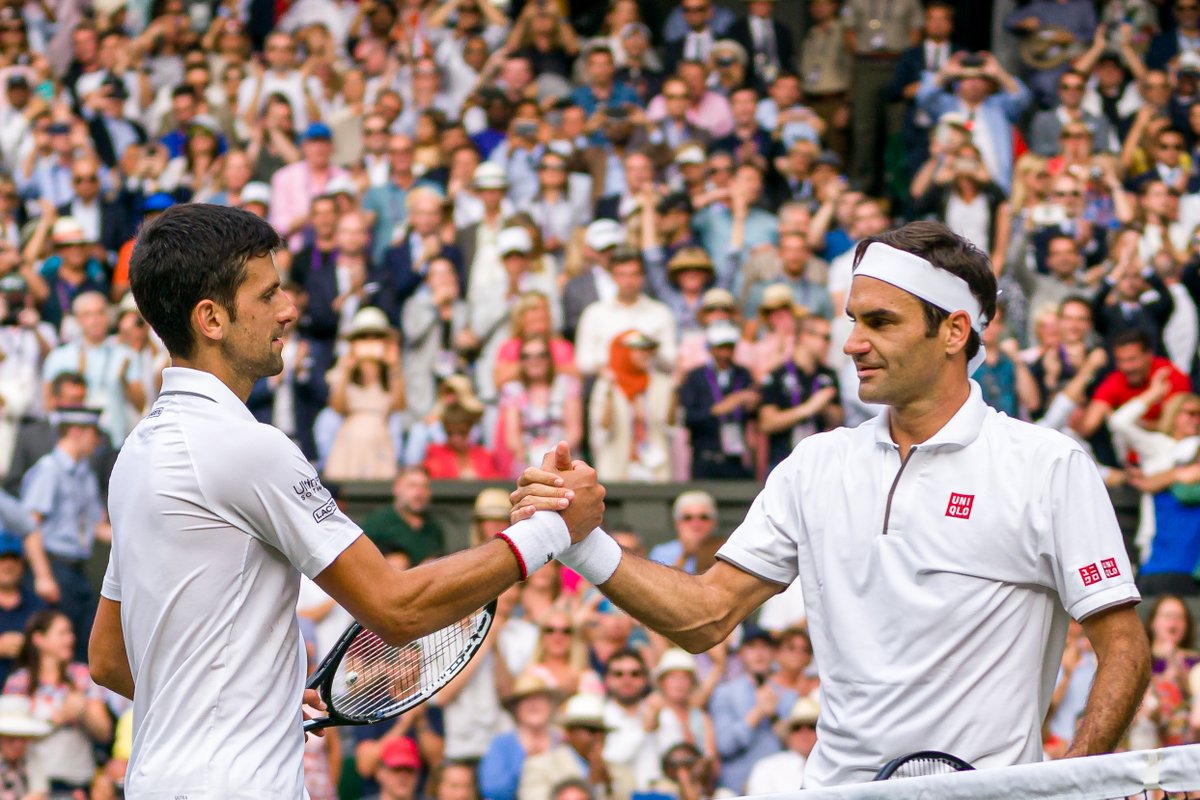 Federer wasn't done winning just yet. Later that year he returned to Basel, where he had once been a ball kid, to win his 10th hometown title It was the 103rd ATP victory of his career; his last title, his last final (

In 2021, Roger Federer made his final competitive appearance at Wimbledon, bowing out in the quarter-finals 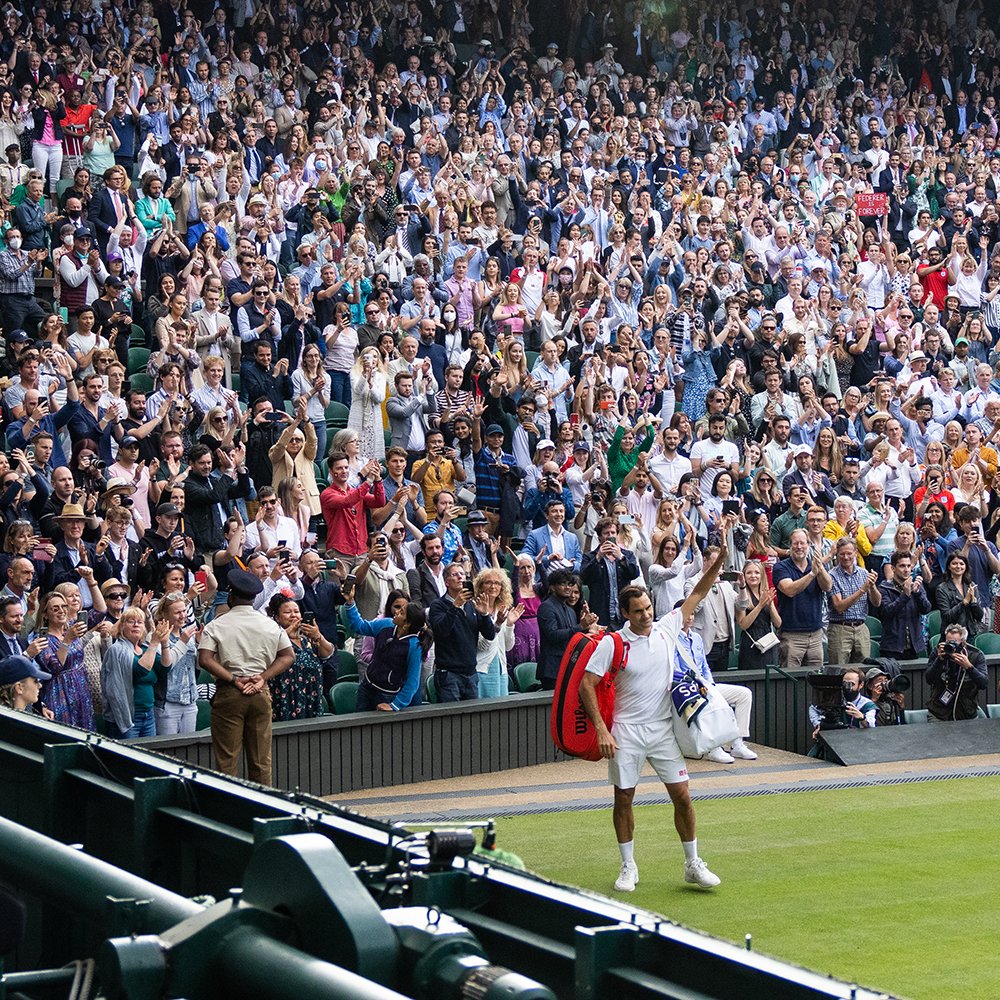 Roger Federer will make his final competitive appearance tonight in London, playing doubles alongside Rafael Nadal for Team Europe at the Laver Cup Good luck, Roger. We hope you enjoy this moment to its fullest #Wimbledon | @Roger Federer 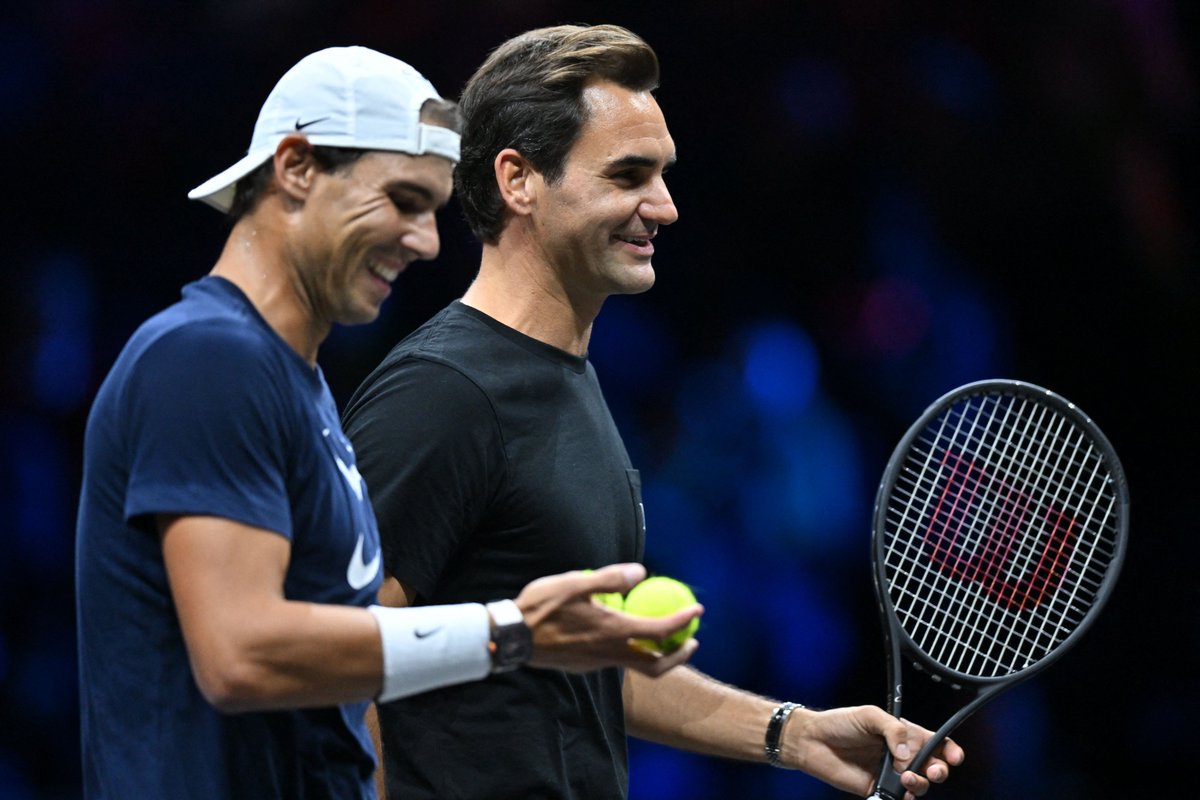