Moral disciplining: The cognitive and evolutionary foundations of puritanical morality

In many societies, morality is not just about harm, fairness, or loyalty. It’s also about temperance, chastity, & piety. Even when nobody is harmed, it’s wrong to indulge in base impulses of lust, gluttony, alcohol, dance, or lax religious observance. Why? 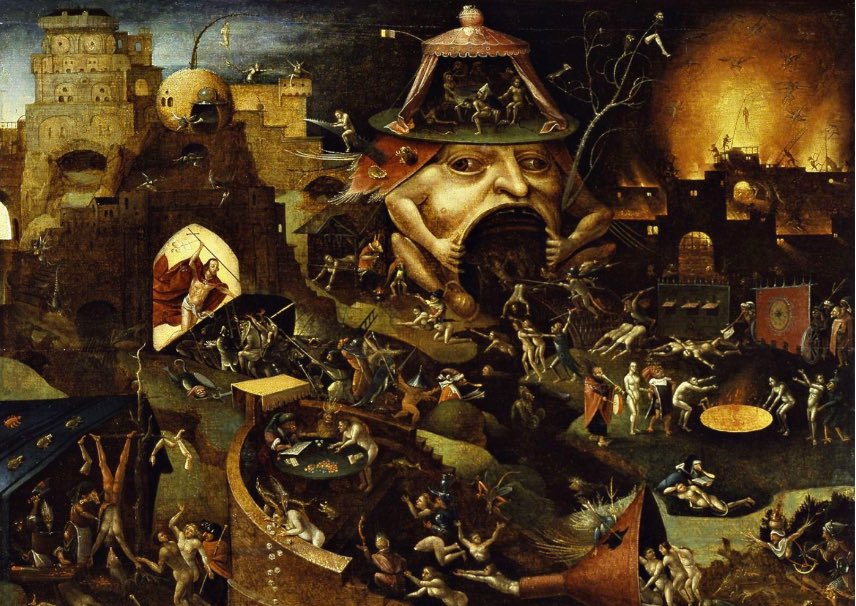 These values seem to contradict theories that morality evolved only for cooperation. According to many psychologists, if harmless behaviors can be moralized, then some parts of moral cognition must be independent of cooperation.

A famous candidate is disgust. People would moralize bodily pleasures because they find them disgusting—a reaction evolved for pathogen-avoidance, not cooperation. We discuss limits of this view, & propose a cooperation-based theory of puritanism. Our argument in brief: 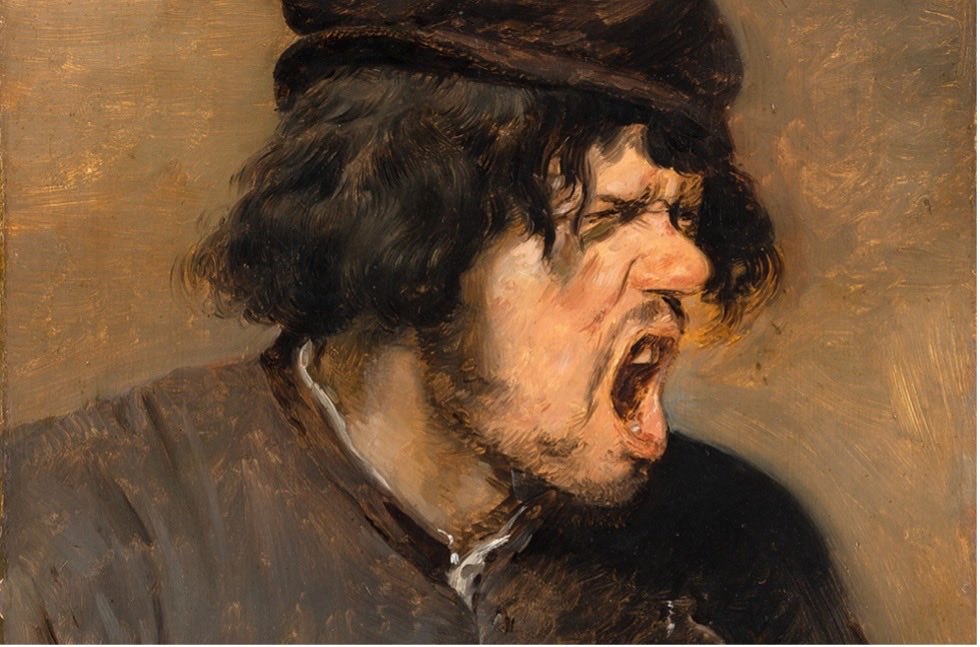 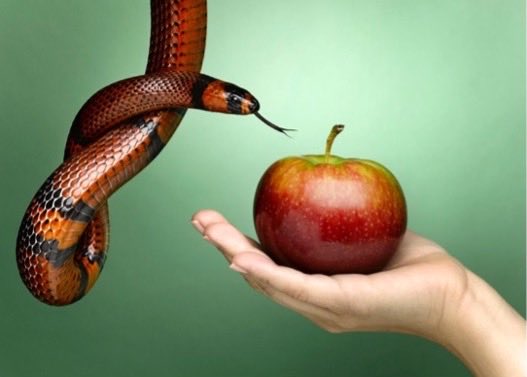 2. Yet people perceive, not only that cooperation requires self-control, but also that some behaviors alter self-control. Alcohol & drugs, overindulgence in food & sex, as well as immodest clothing & dances, are believed to impede people’s ability to resist temptations. 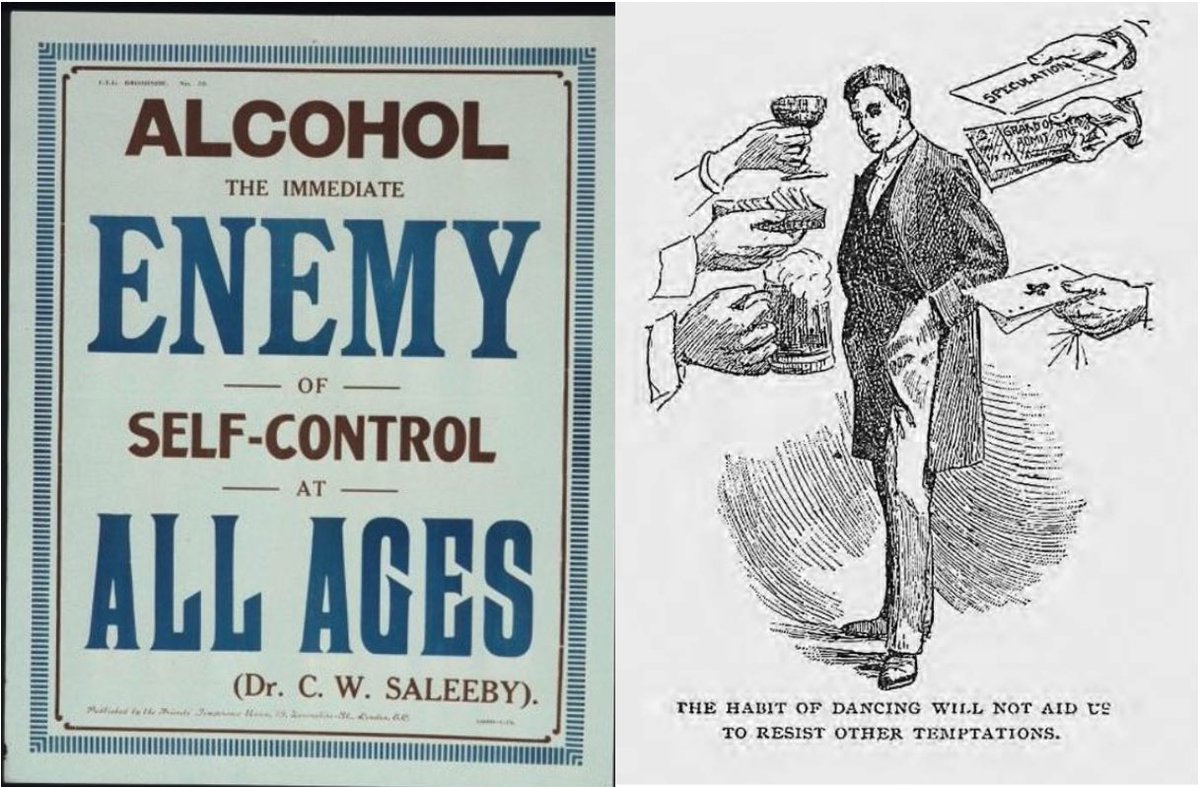 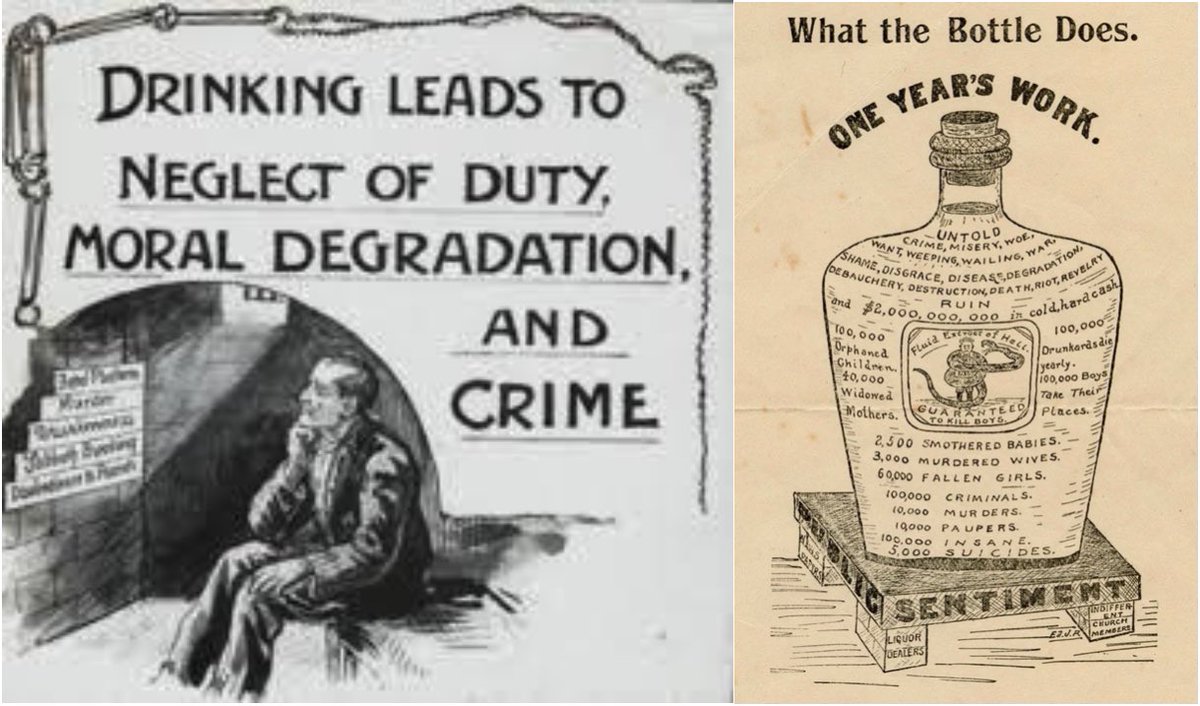 3. Harmless bodily pleasures, then, are naturally tagged as wrong by cognitive systems condemning threats to cooperation. Puritanical moral judgements, we argue, obey the same logic as the rest of morality—that of contractualist obligations: twitter.com/jbaptistandre/…

What is the adaptive function of morality? Do all moral judgements obey a single logic? In this new preprint, we argue that morality evolved to maximize Nash-products—& that this explains moral intuitions across domains psyarxiv.com/2hxgu w/@Stéphane Debove @Léo Fitouchi N Baumard 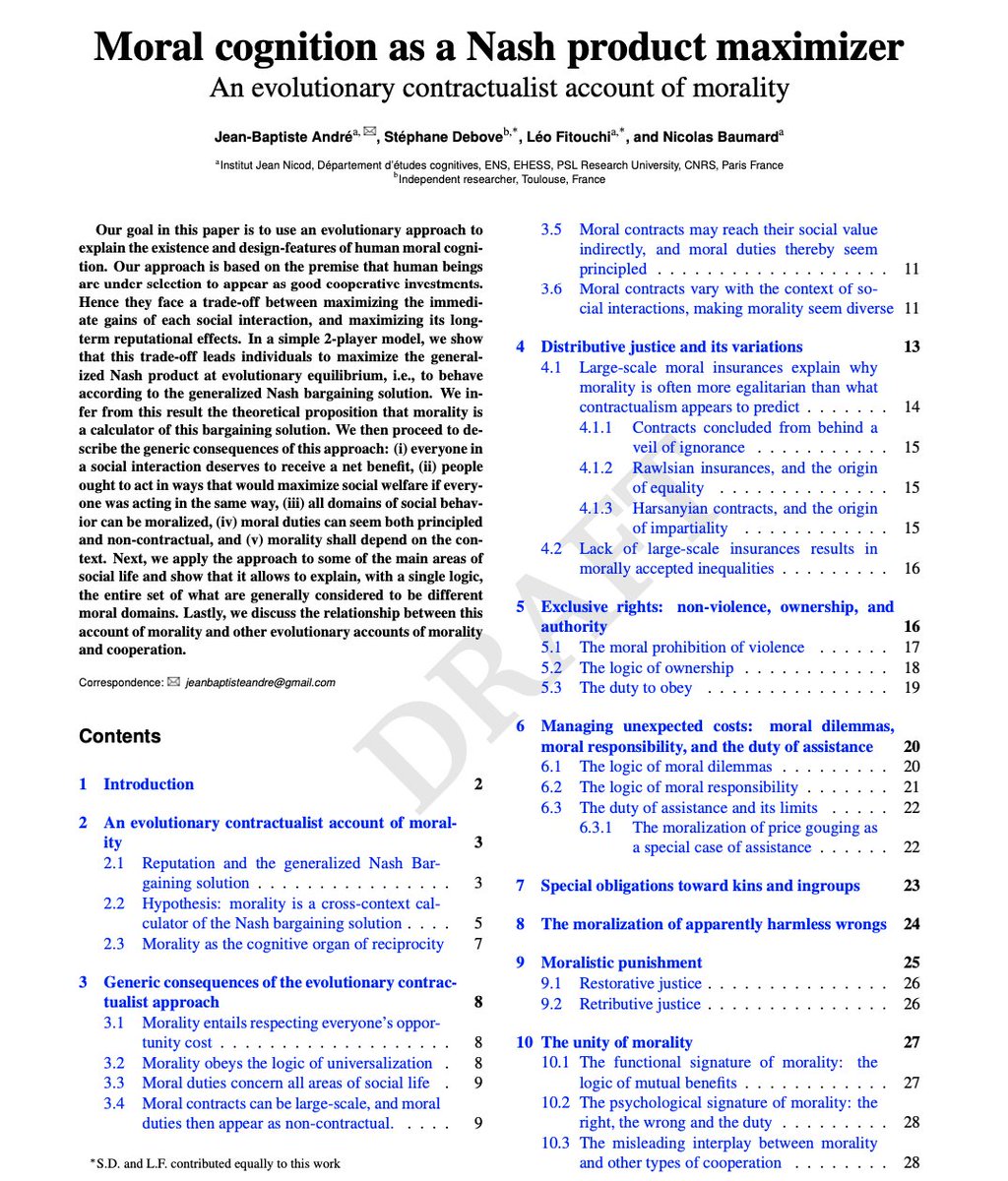 On the praise side, people morally value technologies of self-discipline, such as fasting, meditation, and rigorous habits, because they perceive them—potentially wrongly—to cultivate self-control. 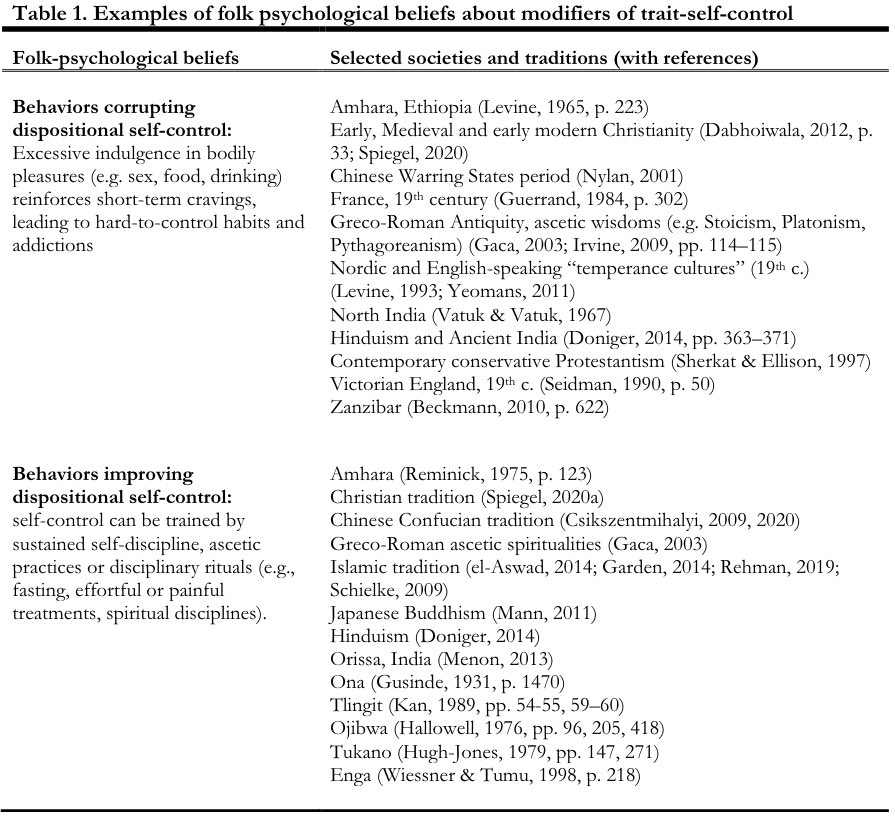 Besides reviewing evidence for this account, we discuss the cultural evolution of norms, the fall of puritanism in WEIRD societies, the moralization of mental states, the origins of hygiene norms… Here’s the preprint to find out more! psyarxiv.com/2stcv/

Moral disciplining: the cognitive and evolutionary foundations of puritanical morality

Why do many societies moralize apparently harmless pleasures, such as lust, gluttony, alcohol, drugs, and even music and dance? Why do they erect temperance, asceticism, sobriety, modesty, and piety...

You think it’s more about disgust? Or self-interested sexual strategies? Or person-centered judgements? That morality is plural, or rather unified? Don’t hesitate to comment: The call for commentaries will be sent soon!   We look very much forward to a productive BBS discussion!