< A source said: “She was saying, ‘If you don’t put out a statement confirming I’m your girlfriend, I’m going to break up with you.’ ” Harry was in a panic. Another source said: “He was freaking out, saying, ‘She’s going to dump me.’ ” >

Harry, Meghan and the palace insiders who saw what really happened | …

< In the spring of 2017, more than six months before the couple were engaged, she told one of Harry’s advisers: “I think we both know I’m going to be one of your bosses soon.” > 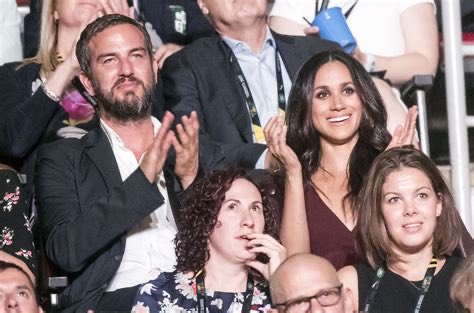 <-relations between Meghan &the team at Kensington Palace were fraying fast. In late 2017, after the -engagement was announced, a senior aide discreetly raised with the couple the difficulties caused by their treatment of staff. People needed to be treated well…>

<[Meghan] rang repeatedly when the staffer was out for dinner on a Friday night. “Every ten minutes, I had to go outside to be screamed at by her & Harry. It was, ‘I can’t believe you’ve done this. You’ve let me down. What were you thinking?’…” > 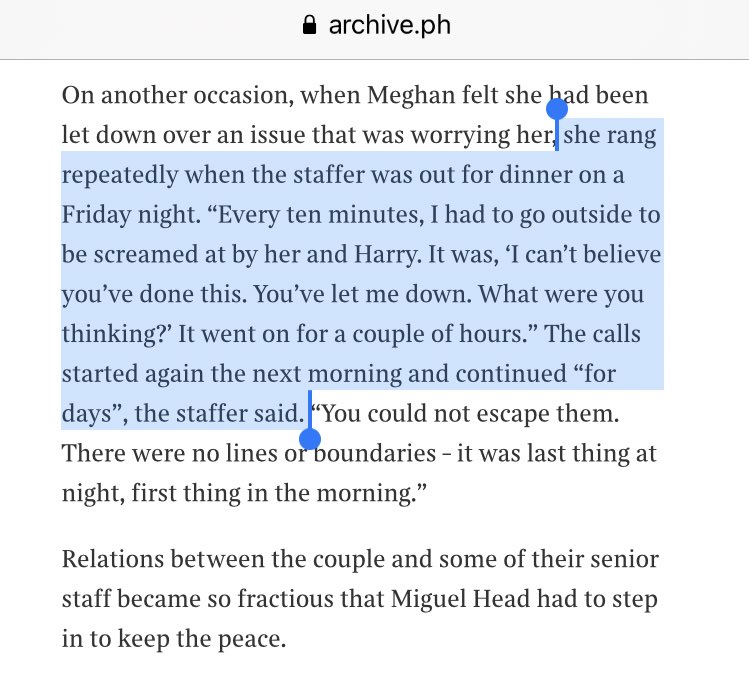 <palace sources have said that the clashes between Meghan & Touabti centred on the free gifts that some companies would send to Meghan. Deliveries were constantly arriving at Kensington Palace. “Clothes, jewellery, candles… It was absolutely nonstop,” said a source.> 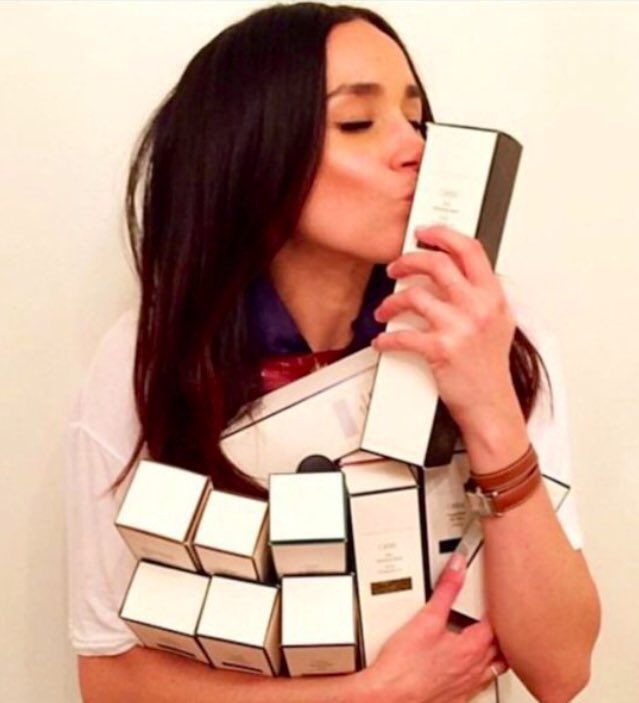 <One source said that Samantha Cohen had been bullied. Another said:“They treated her terribly. Nothing was ever good enough. It was, ‘She doesn’t understand. She’s failing.’” In fact, the source said, Cohen was “a saint” and the best organiser of royal tours they had known> 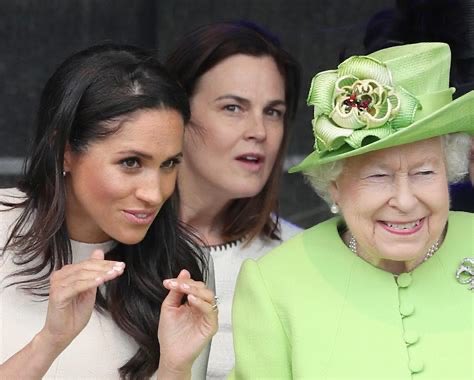 < Meghan failed to understand the point of all those walkabouts, shaking hands with countless strangers. According to several members of staff, she was heard to say on at least one occasion, “I can’t believe I’m not getting paid for this.” >

<One member of staff, who was named by Knauf in the email, was due to work with Meghan the next day and was worried that she would find out about the complaint. “This is why I feel sick,” they said. “I don’t want to have to get into the car with her tomorrow morning…>

< Harry said they would agree [to the ITV interview w/T. Bradby]. There was one proviso: he & Meghan could not do interviews together or be in the same shot. That would go against their deal with Oprah, which at that point was slated for the autumn of that year. >