1/ My thoughts on rumors that Xi Jinping has been arrested in a secret military coup. Yes, it sounds ridiculous (although history is often stranger than fiction), and personally as yet I do not believe them. But it does raise the interesting question of civil-military relations

2/ in communist China over the ages. Communist Party of China, which ultimately founded Red China in 1949, became dual military-political organization within early years of its founding in 1920-21. Even before ascendency of Mao Zedong, who was (in)famous for his observation that

3/ "political power comes out of the barrel of a gun", Communist Party of China under guise of its 1st Nationalist-communist cooperation, had already infiltrated Nationalist military and political apparatuses, cultivating communists among cadets of Chiang twitter.com/simonbchen/sta…

Chiang Kai-shek (right, Superintendent) and Zhou Enlai (left, Chief of Political Bureau). These two giants of 20th century history would later become nemeses, but here they are pictured together in portrait of Whampoa Military Academy, in 1st Nationalist-Communist Collaboration. 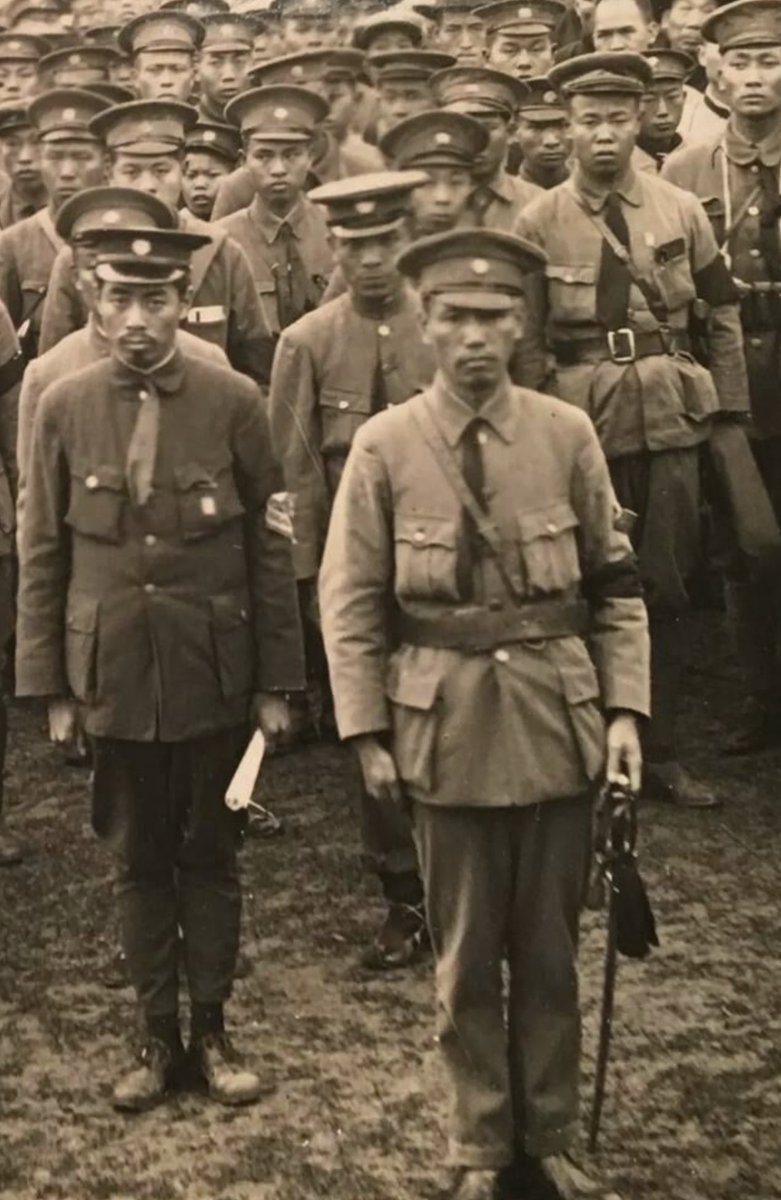 4/ Kai-shek's Whampoa Military Academy. After the end of the 1st Nationalist-communist cooperation, in which Chiang Kai-shek launched bloody purge of communists, many communist cadets of Whampoa Academy elected to join the new Red Army. Lin Biao, who later twitter.com/simonbchen/sta…

Lin Biao’s shocking coup attempt against Mao Zedong in 1971 psychologically crushed Mao in twilight years of his life. Was Mao more disappointed by this betrayal by his designated successor, or because he lost another follower that he could otherwise later purge in his own hands? 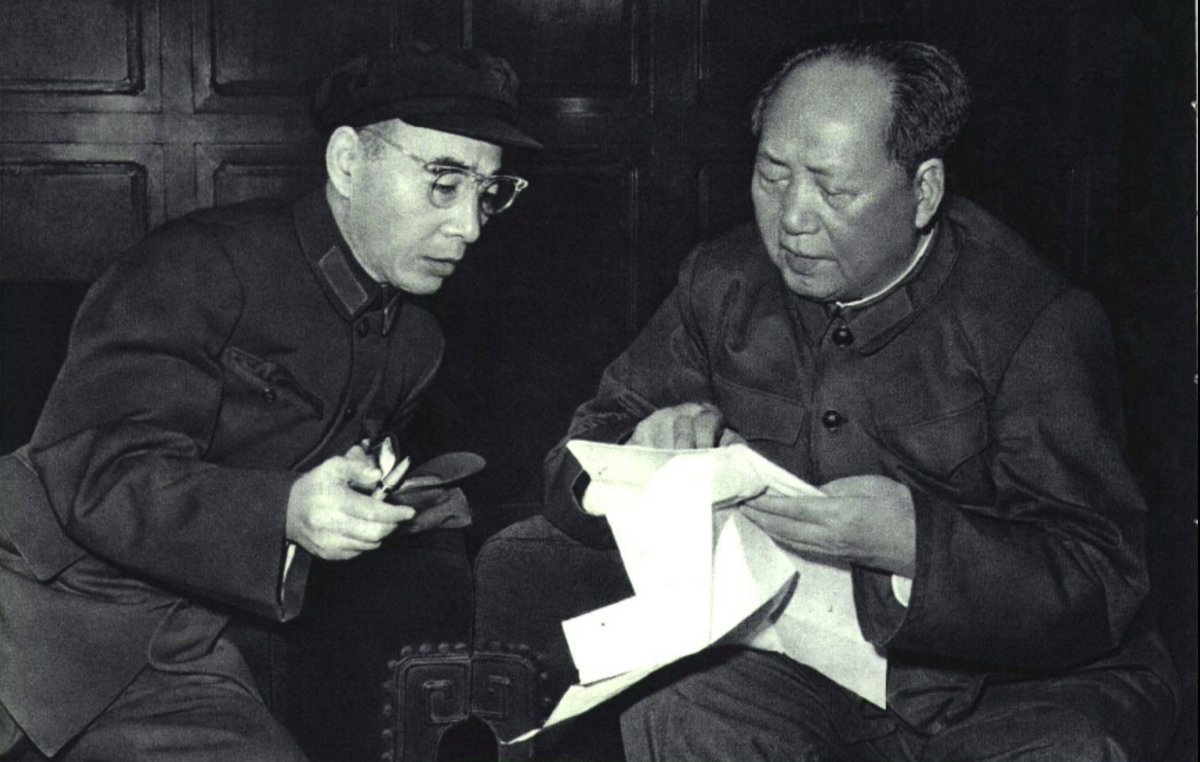 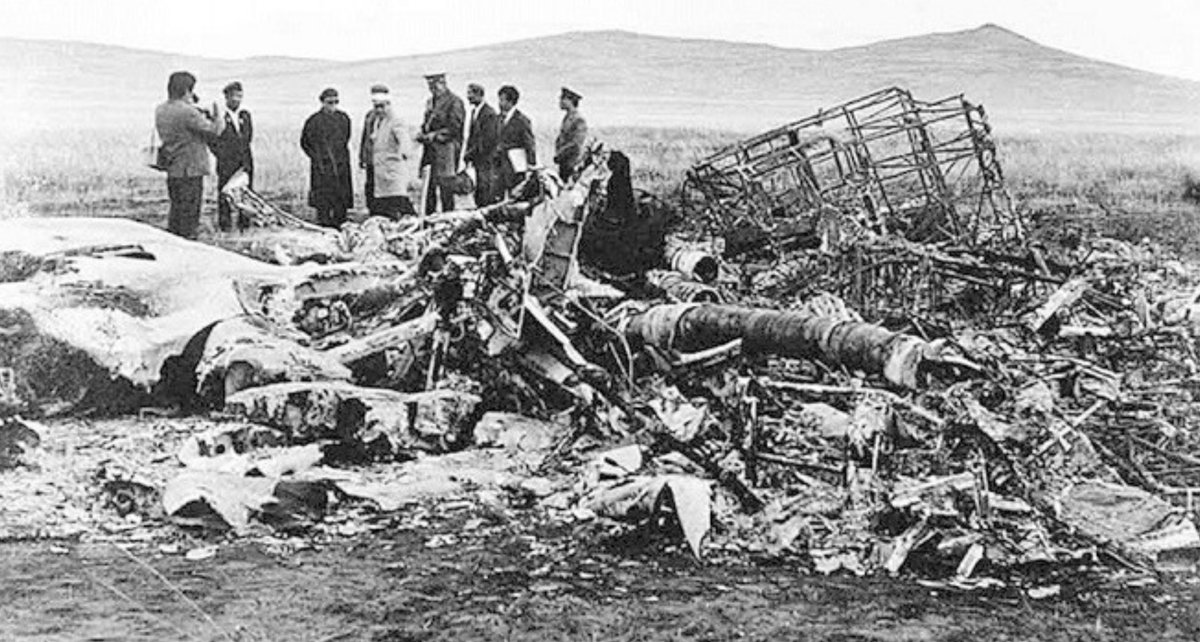 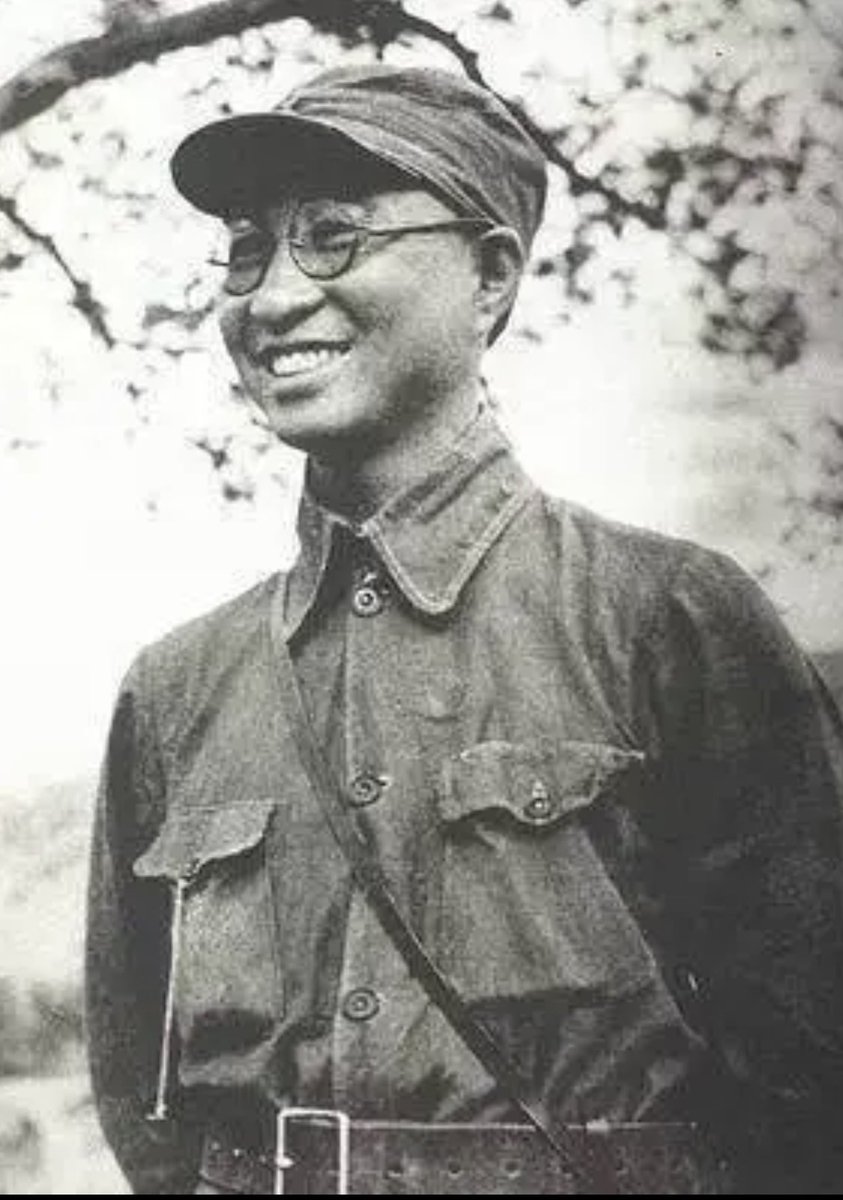 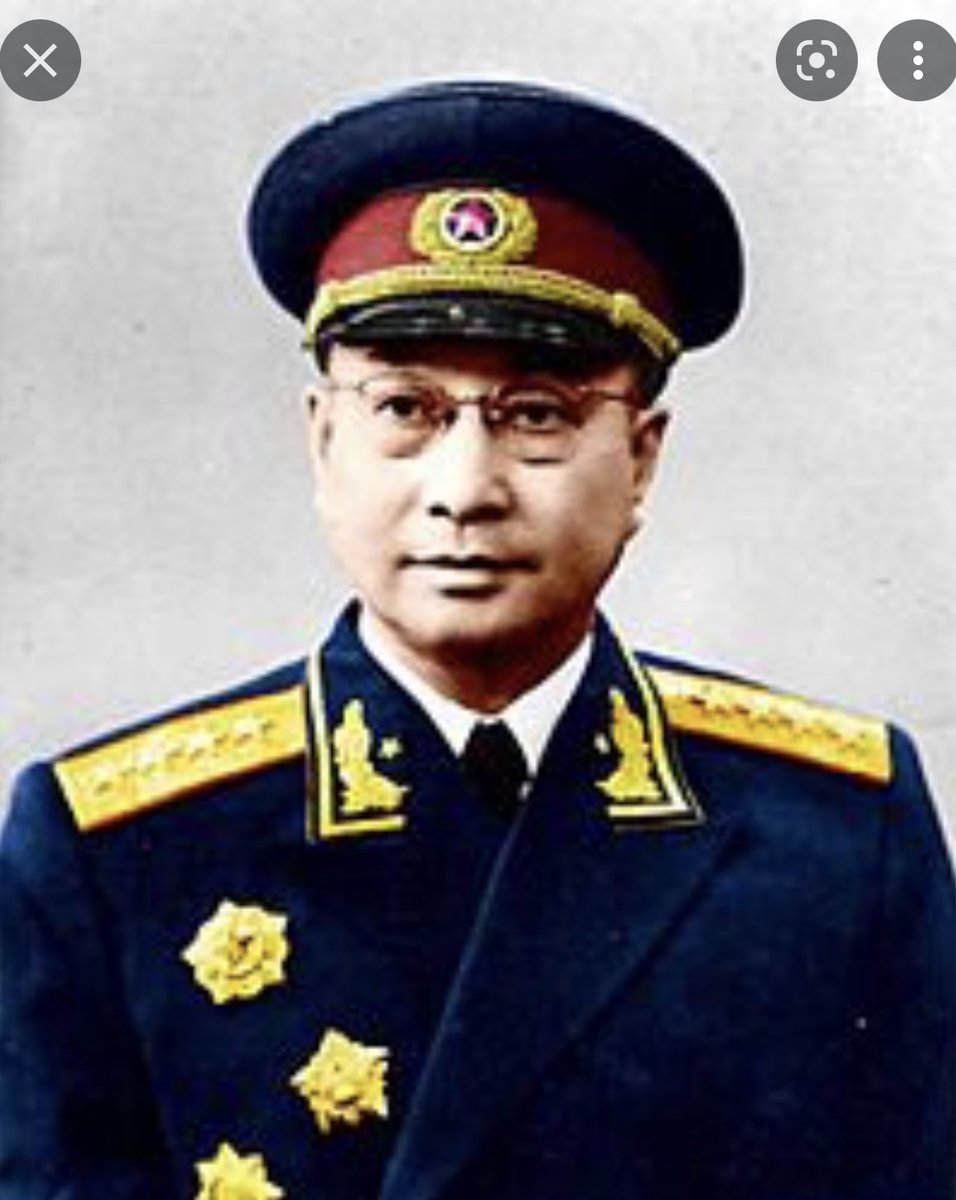 6/ another example. Many other army leaders who joined the new Red Army in late 1920s hailed not from Whampoa Military Academy but from the numerous warlord armies that were ubiquitous in China in 1920s, including He Long, Liu Bocheng, and Zhu De, widely twitter.com/simonbchen/sta…

167) He Long (1896-1969), storied figure from early Red Army days, who later served in western theaters of operations in Civil War of 1946-50. His de facto murder by medical staff of No. 301 Army General Hospital in Peking in 1969 was a serious incident in Cultural Revolution. 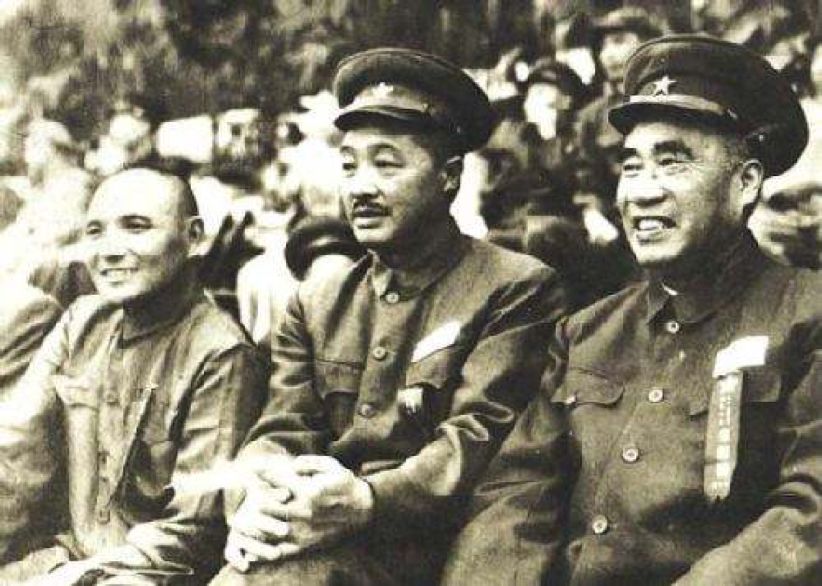 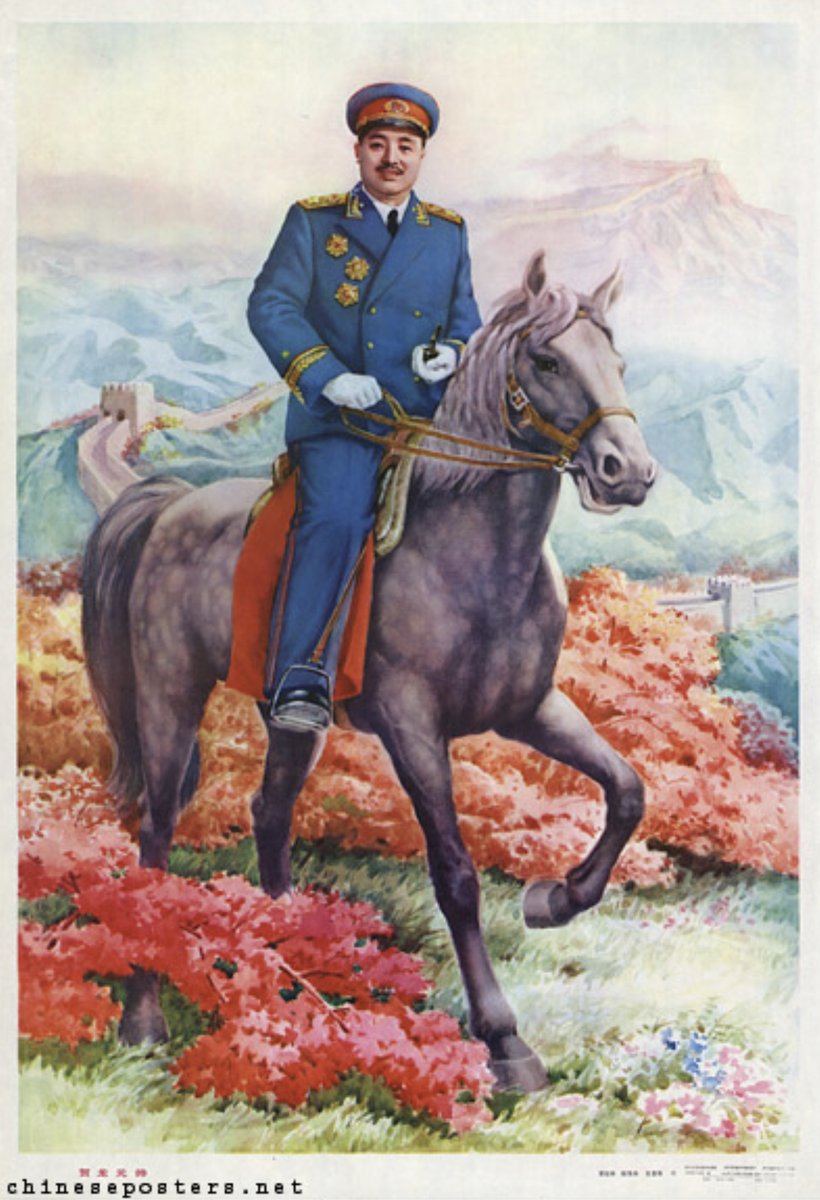 7/ regarded as the founder and 1st (and long-time) leader of Red Army. Indeed, Zhu De was the one who taught Mao Zedong (who never had formal military education, and picked up much of his military knowledge from books) the intricacies of guerrilla warfare, twitter.com/simonbchen/sta…

96) Zhu De, titular commander-in-chief of communist forces. Largely a figurehead by 2nd Civil War in 1946-50, Zhu De nevertheless had an instrumental role in genesis and early days of communist Red Army, as teacher of harsh reality of guerrilla operations to a bookish Mao Zedong. 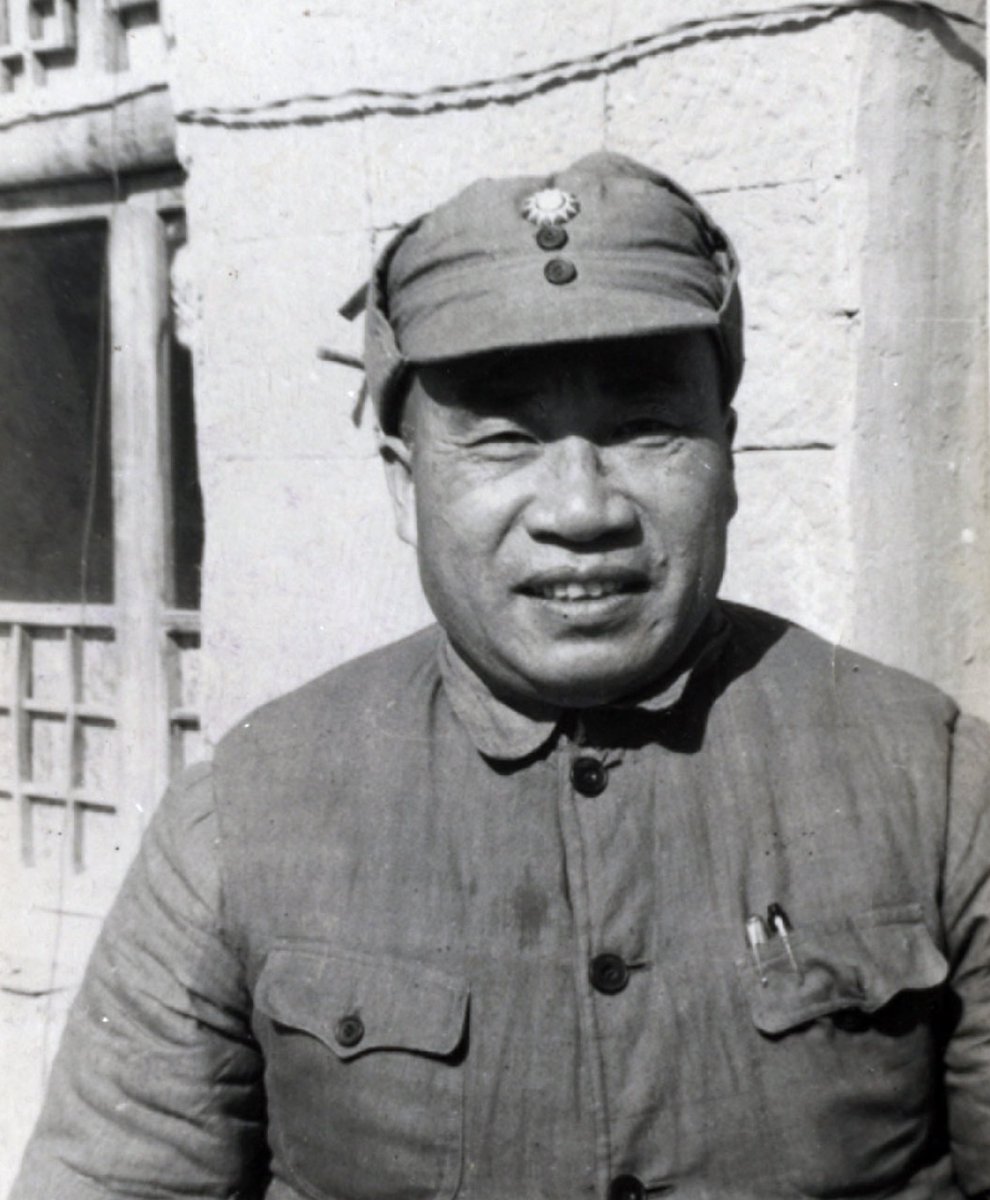 8/ and whose leadership, knowledge, experience, and skill allowed Red Army to survive in its early years under incessant Nationalist pursuit. All of this is to convey the point that the Communist Party of China in its early years was essentially a military organization. Political

9/ ideology was of course also important, and was subject to progressive back-and-forth revisions until it finally gelled around Mao Zedong's personality cult by time of Yan'an Rectification of early 1940s, but arguably it paled in comparison to military strength as core driving

Gu Shunzhang, who with Zhou Enlai built the Special Tasks Section, the Party’s intelligence apparatus in its early days, whose legacy exerted monumental impact on the Civil War. The fate that befell his family, and then himself, after his defection, is too much to describe here. 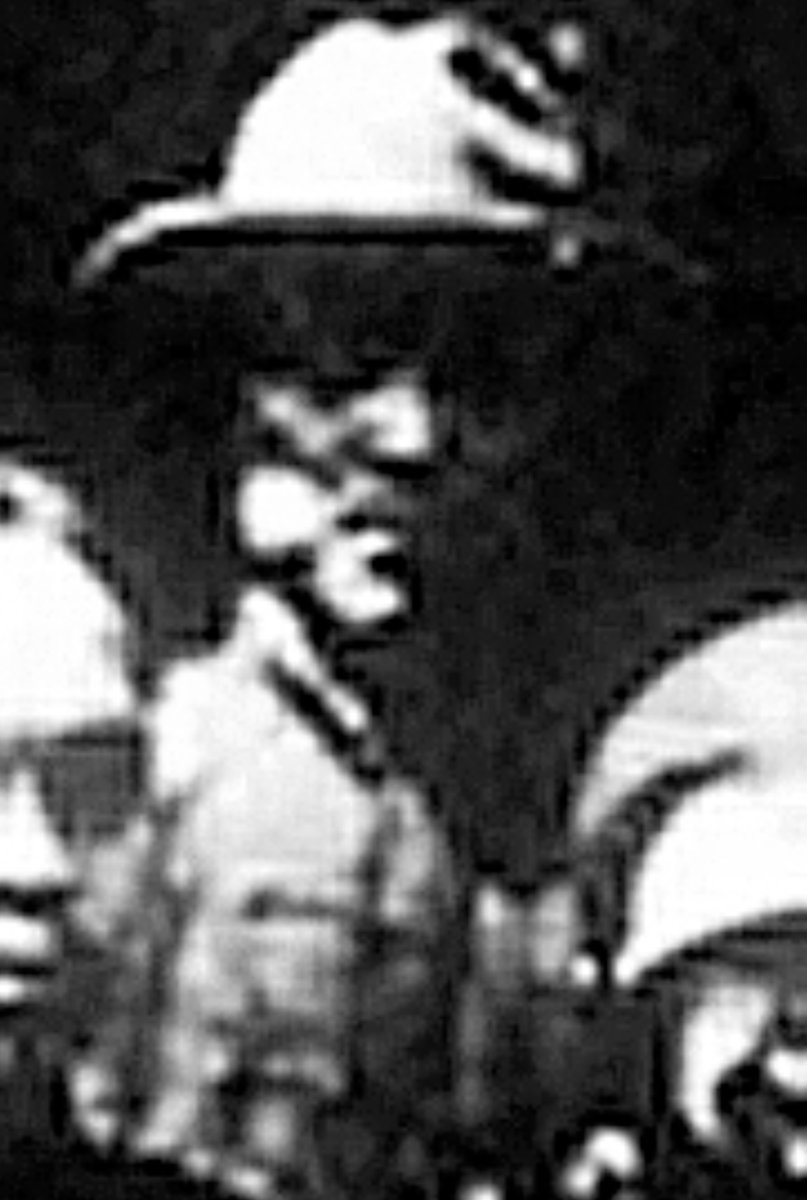 13/ it was inevitable that many communist Army leaders served in the new state's political positions. For example, Li Xiannian, communist army veteran who masterminded notorious Central Plains Breakout in Civil War in 1946, was transferred into civil and twitter.com/simonbchen/sta… 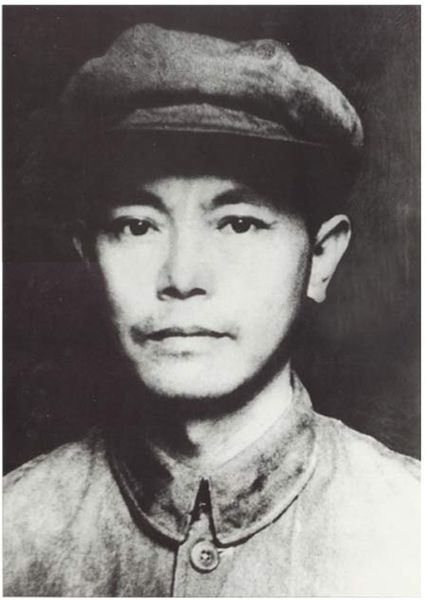 14/ economic roles post-war, and wasn't even conferred an army rank (because he was in state civilian role by then) when communist military finally introduced ranks in 1955. Xi Jinping's father, Xi Zhongxun, was another example—he was an army political twitter.com/simonbchen/sta… 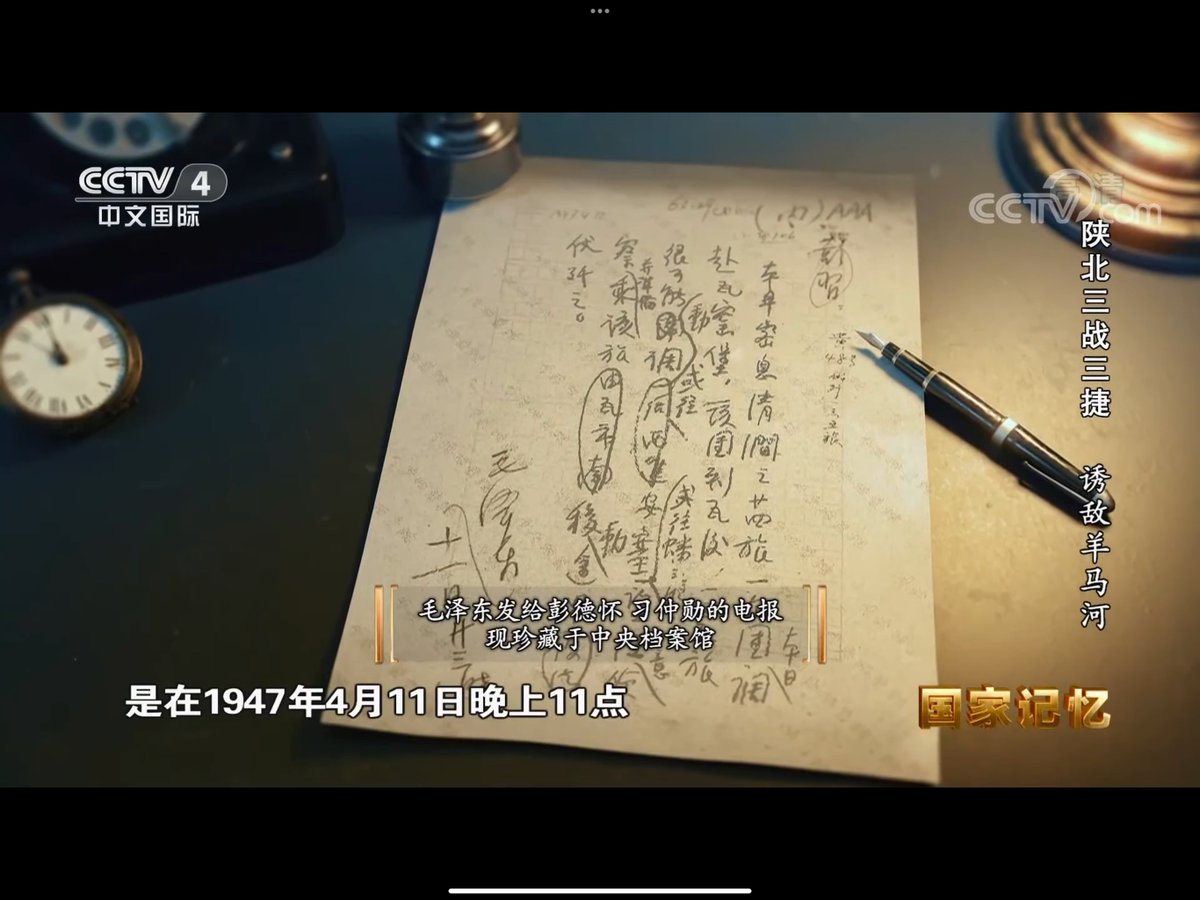 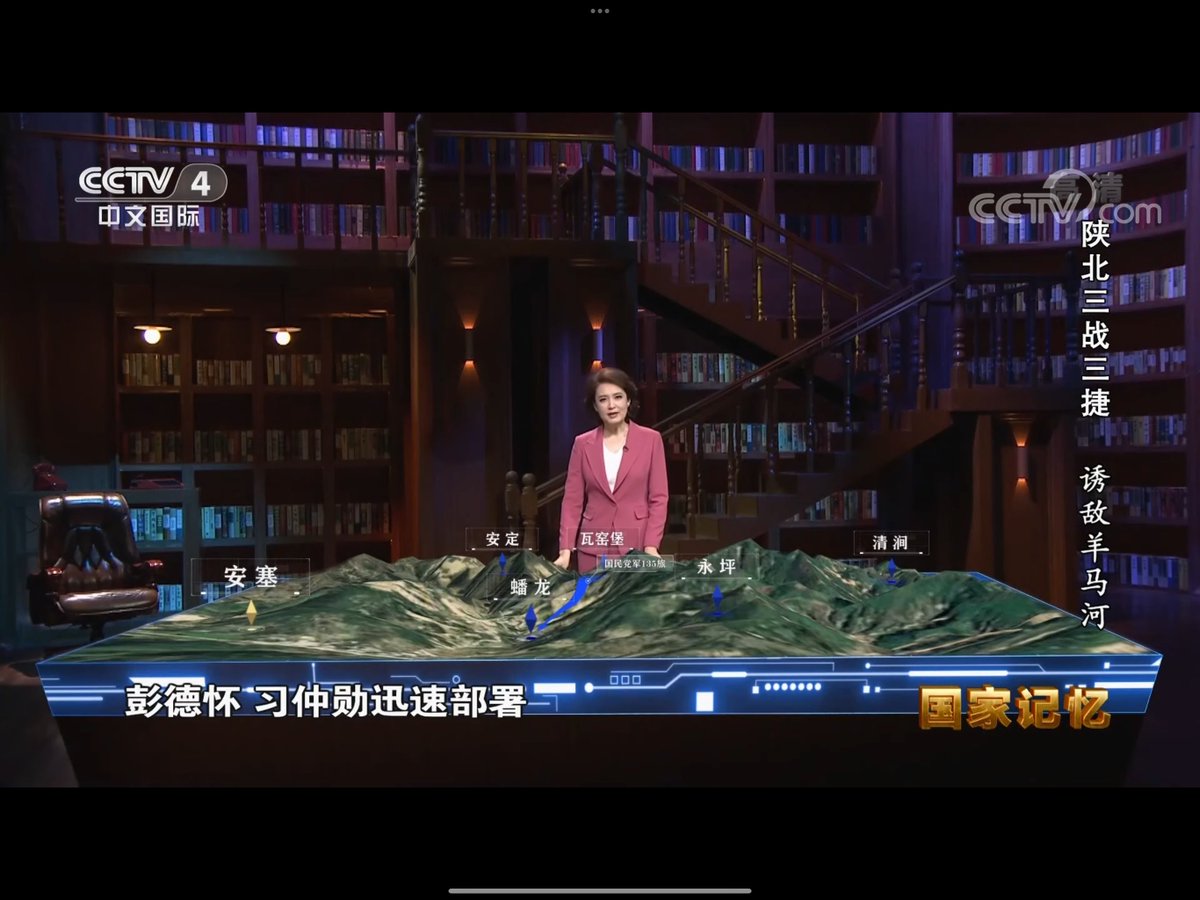 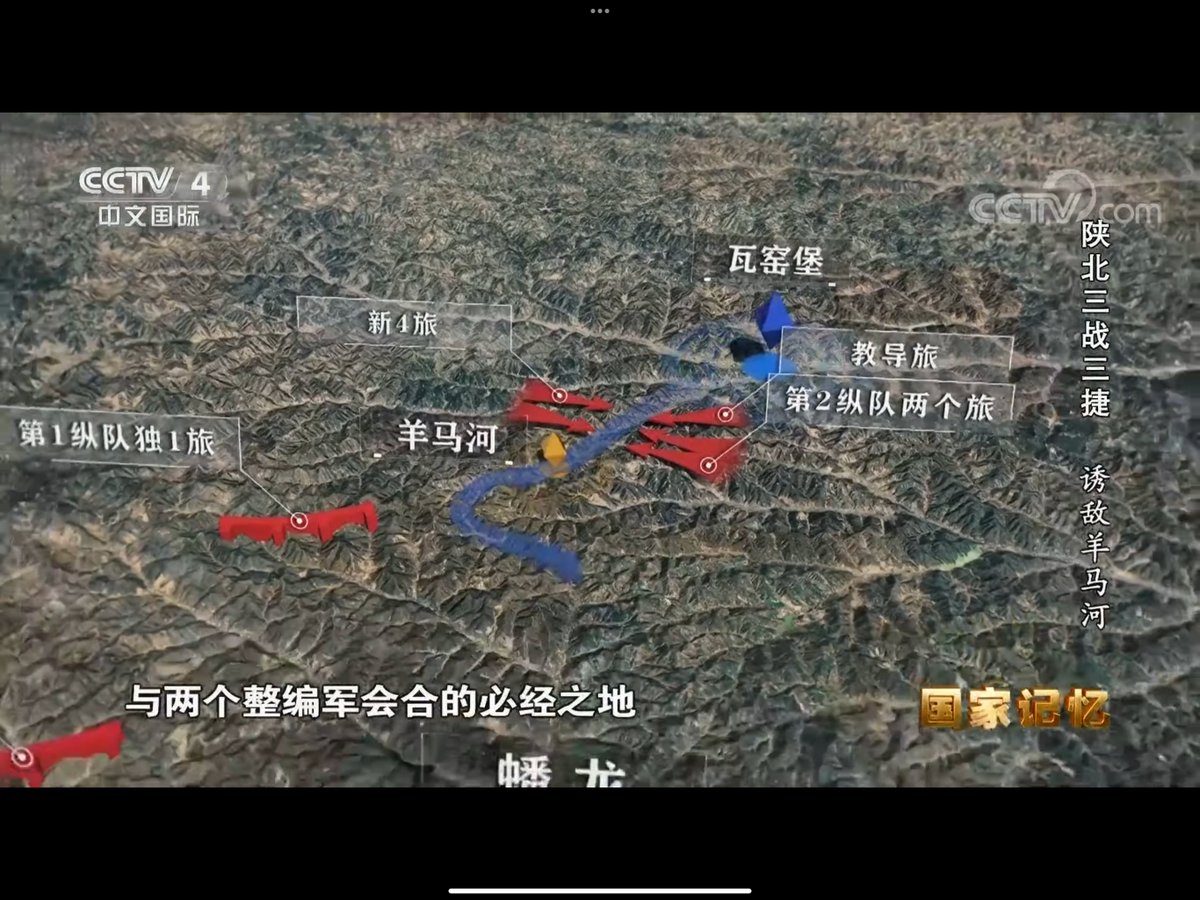 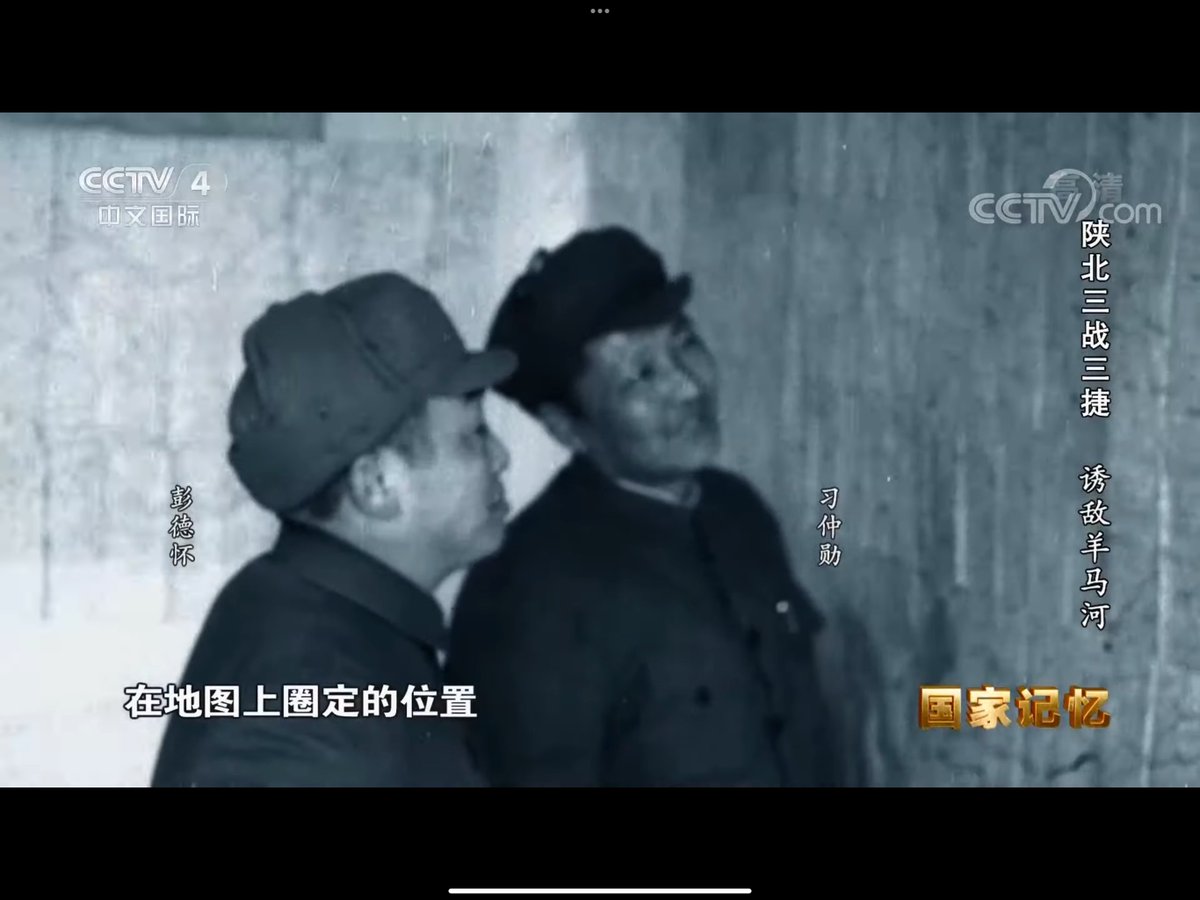 15/ commissar in Civil War, and was transferred into civilian roles post-war, and similarly missed out on conferral of military ranks in 1955. The over-representation of (formerly and serving) army figures in Red China governance was further exacerbated in Cultural Revolution,

16/ when many civilian (as well as military, though relatively less) Party figures were toppled. Because Mao Zedong always held true to his core principle that "political power comes out of the barrel of a gun", he (relatively) spared the Army from purges and mob action by Red

17/ Guards and rebel factions. Accordingly, in many areas of China, the military stepped into the power vacuum created by purges of civilian regional Party leaders. For example, Xu Shiyou, Mao Zedong's favorite general, ruled Nanking-Shanghai areas in a twitter.com/simonbchen/sta…

Xu Shiyou, Mao Zedong’s favorite general, remains the most important forgotten figure of 20th communist China’s history. In preceding Civil War, he was notable for takedown of Nationalist bastion of Jinan. Later, he was in overall command of Battle of Yijiangshan Islands that /1 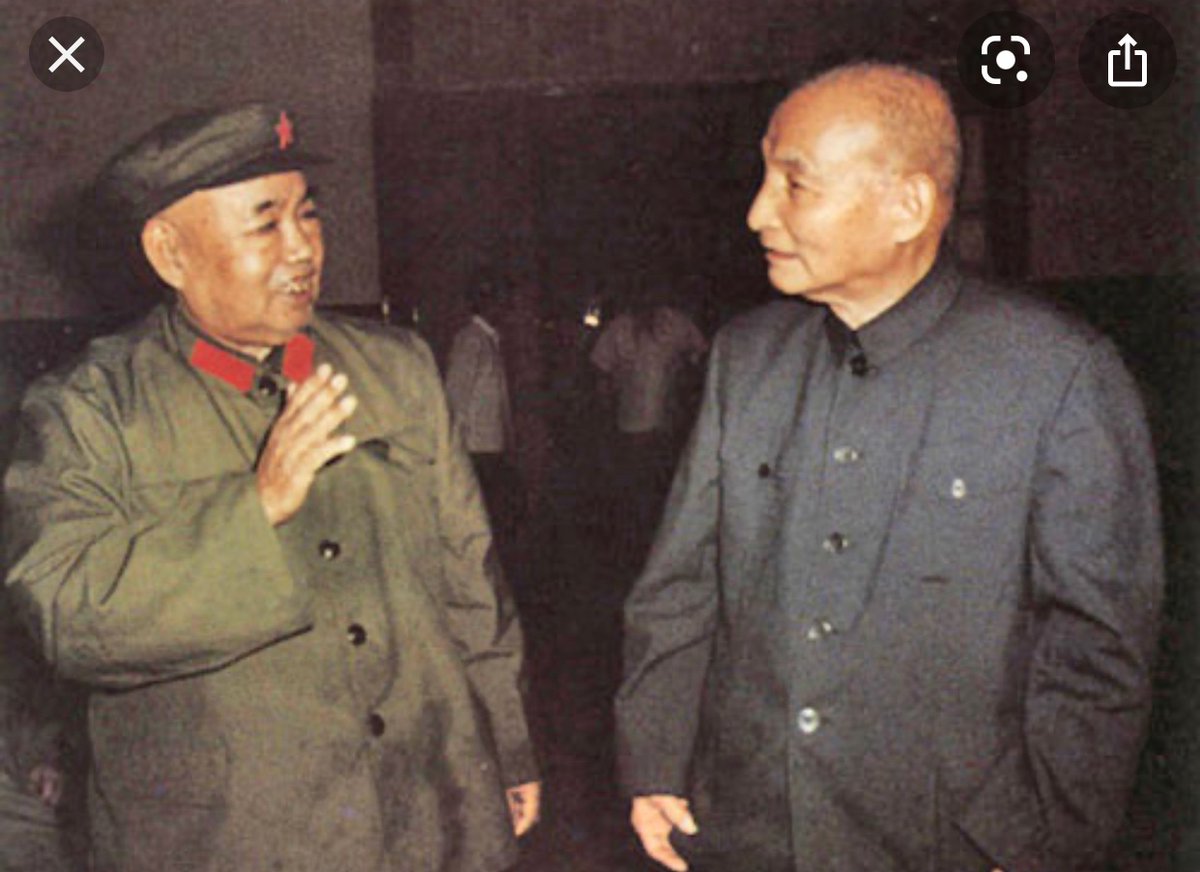 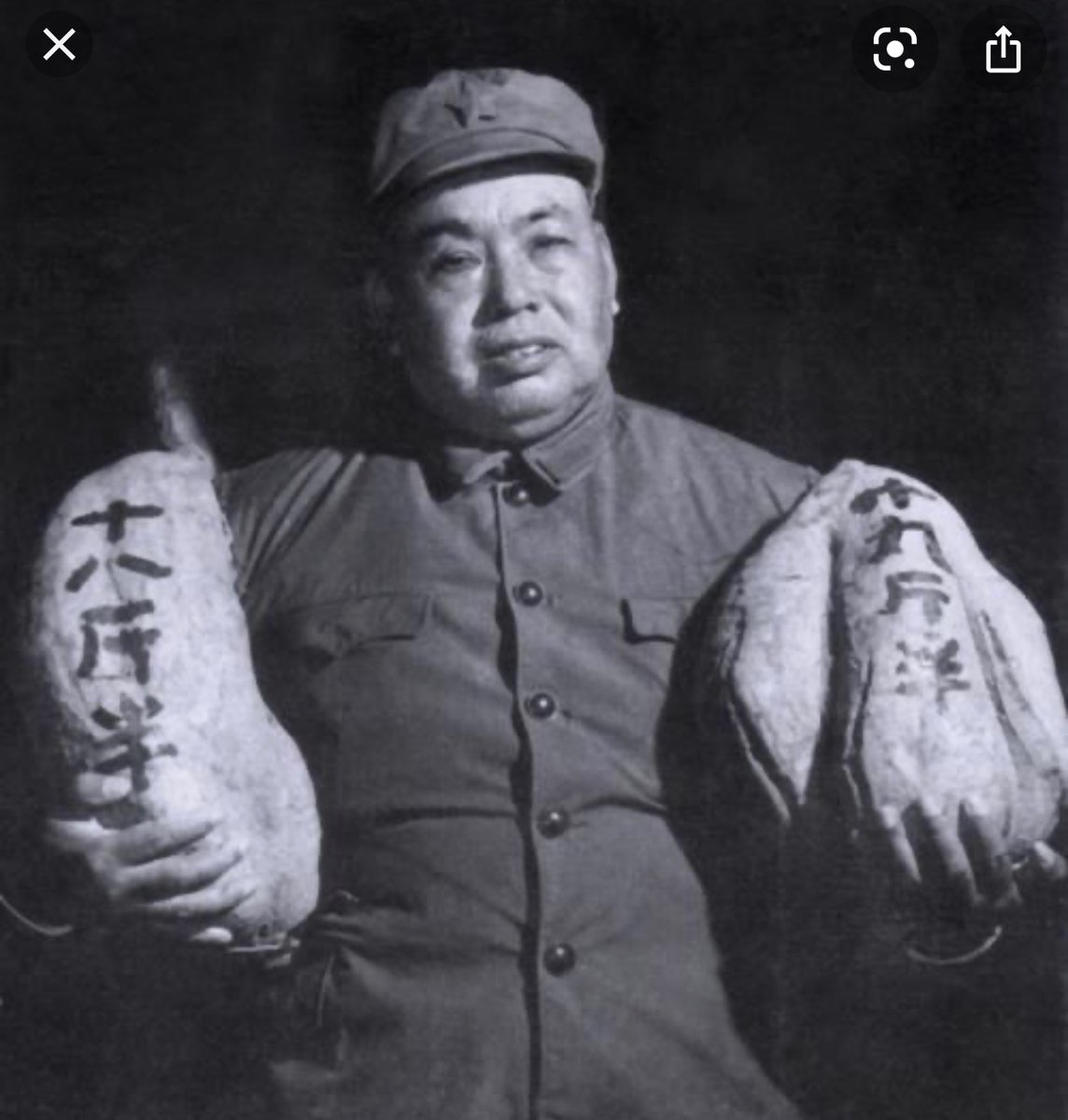 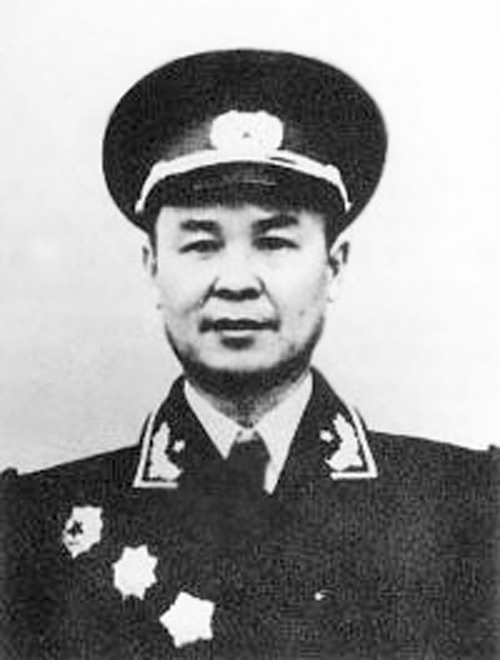 19/ All of this is to say that, for many years of the Party's existence and well into the first few decades of People's Republic of China, there was no substantial distinction between the Party and the Army—the Army was an armed wing of the Party, and the Party was an extension

20/ of the Army. That was essence of civil-military relations in 1st few decades of Red China, when the Party (and by extension, the Army) was dominated by veterans of Chinese Civil War of 1927-50. This reality held sway well into 1980s, and even when Red twitter.com/simonbchen/sta…

Qin Jiwei (as commander of Beijing Military District and parade commander) and Deng Xiaoping at National Day Parade in Beijing, October 1, 1984. Even in 1980s, Red China forces were still controlled by old veterans of Civil War of 1927-50, serving well past Western retirement age

21/ China reintroduced military ranks in 1988 (ranks were canceled in 1965 by Mao Zedong and He Long in ideological pursuit of a superficial guise of equality among officers and enlisted), many old Civil War-era veterans were still appointed ranks under twitter.com/simonbchen/sta… 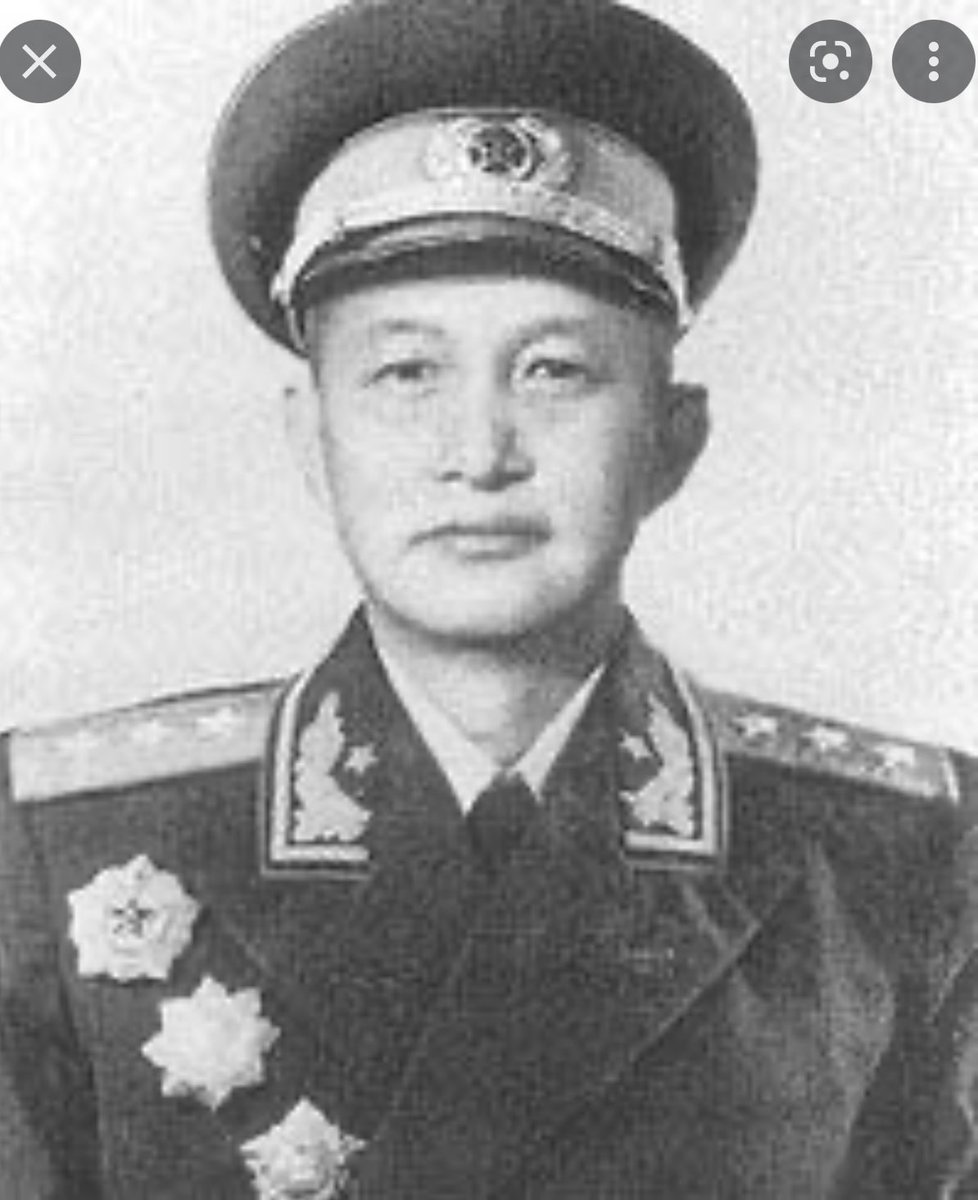 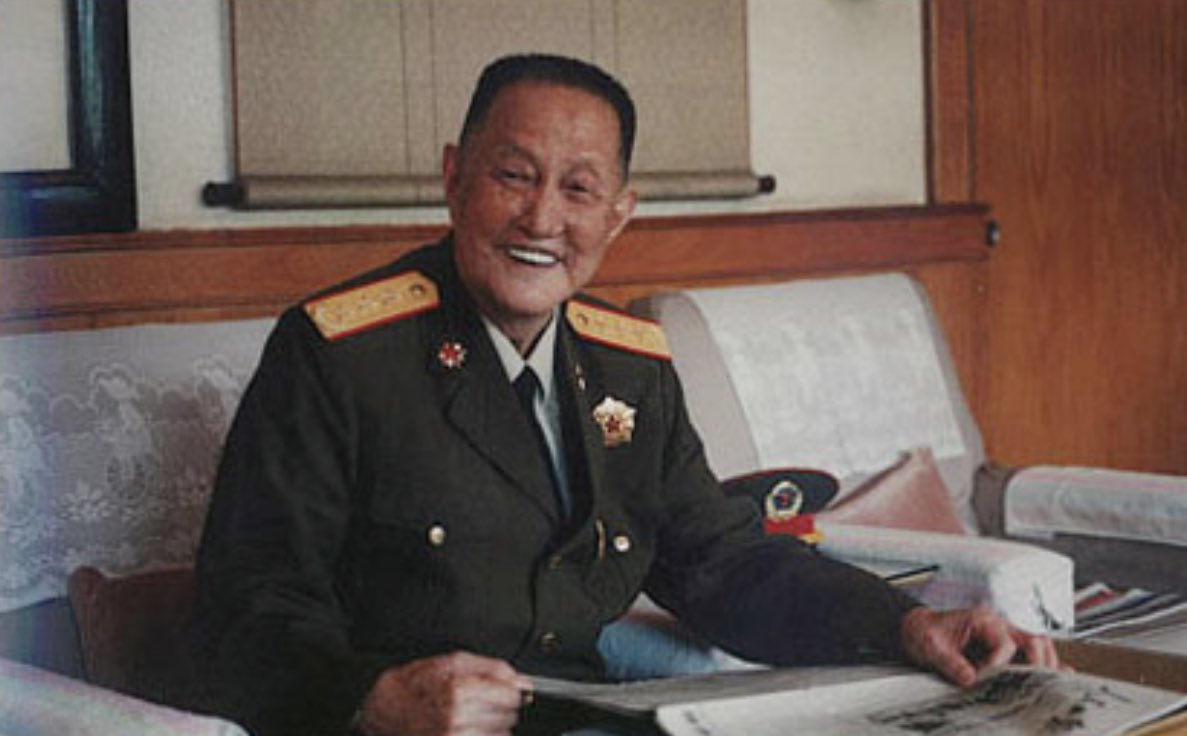 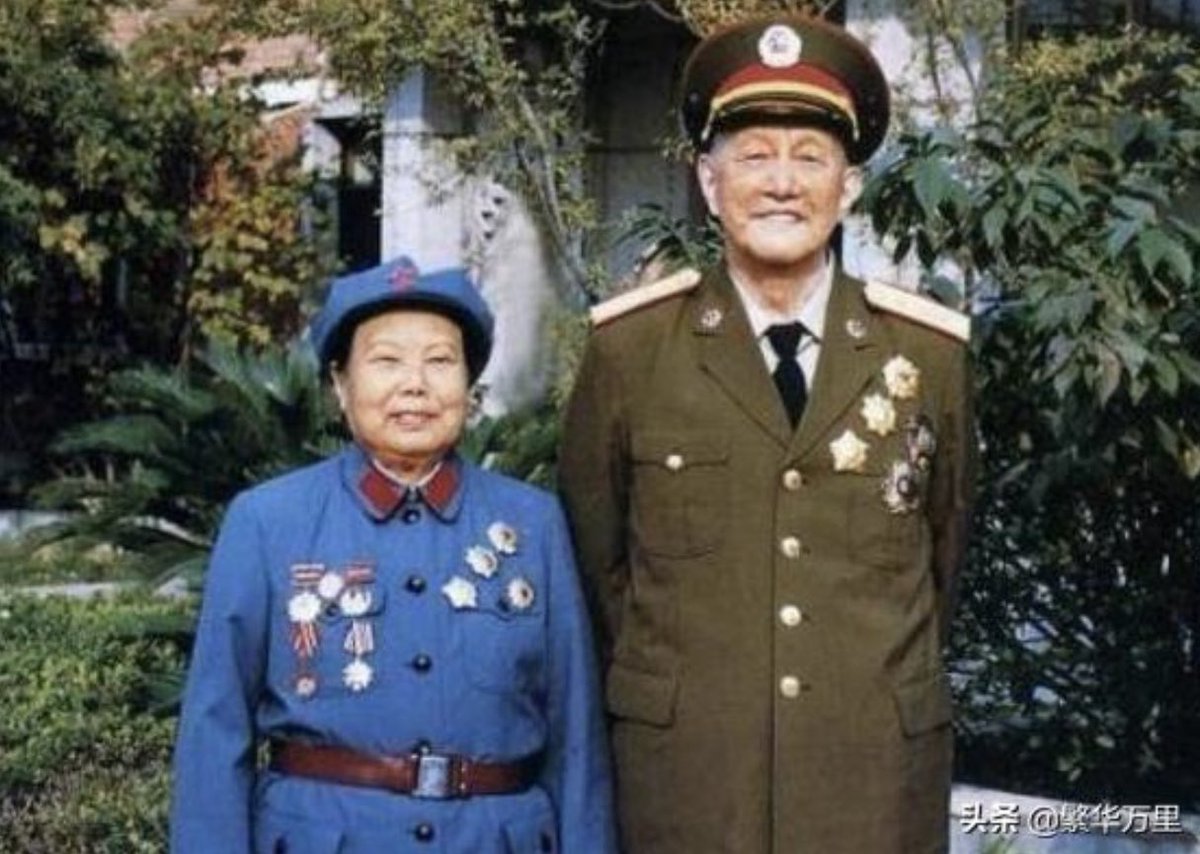