brings you "the grift is strong with the UCP" edition. Everybody remembers Athana Mentzelopoulos, Deputy Minister of Treasury Board and Finance? She does live in Victoria and yet works for the GOA? she signed a two year extension to her employment contact. 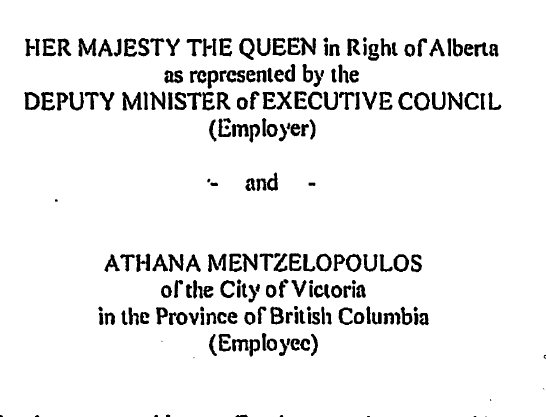 This is a scam perpetrated by Travis. Her current contract expired in April, 2023. You know, when the election will occur. And Athana's employment likely will end, severance pay would not be payable. Travis should have let that play out. #AbLeg

Instead, the scam is to sign her up for a couple of years; so that now when she is fired she will be paid big severance dollars. All this from the "fiscally responsible". This is Travis trying to set a trap for the NDP if they win the next election. #AbLeg

And, one of the true friends of the UCP, despite living in Victoria, will make off with hundreds of thousands of AB taxpayer dollars in the form of severance. The GOA should not sign any employment contracts of this nature. Also, Travis should have had a DM that lived here.

Athana has burned enough bridges that she won't likely be working even if the UCP win. Who can forget her horseshit comments from June 23, 2020?

“Public service pensions are paid for by Alberta taxpayers. They are therefore a perquisite of a relatively small percentage of Albertans." (pension benefits are deferred wages and a part of an employee’s total compensation, as negotiated in contracts)

She seems ignorant of the fact that employees pay at least half (and sometimes more) of contributions. As well, benefits from Alberta public sector pension plans are paid for from their respective plan funds, and not directly from taxpayers as her statement implied. #AbLeg

And the biggest whoppers ever: “I would like to be very clear that AIMCo has a consistent record of outperforming their mandated benchmarks.” and “AIMCo has outperformed their LAPP benchmarks.” #AbLeg #carpetbaggers

Educator, financial analyst, pension hawk; working to keep it real everyday. Opinions are my own. I believe in full accountability for @aimcoinvests