A tight labor market is *compressing* wages. So looking at the median wage or non supervisory wage overstates the role of wage growth on inflation (because by def lower wage workers have lower weight on wage bill).

More broadly, should we be paying more attention to nonsupervisory wages than managers' wages? I'd argue the reverse. Think of why we have the concept of core inflation: we want less volatile prices, which are more likely to reflect expected future inflation 5/

We are seeing wage compression in America of the sort we've not seen since the 1940s. Because we have a very tight labor market for workers without a college degree. 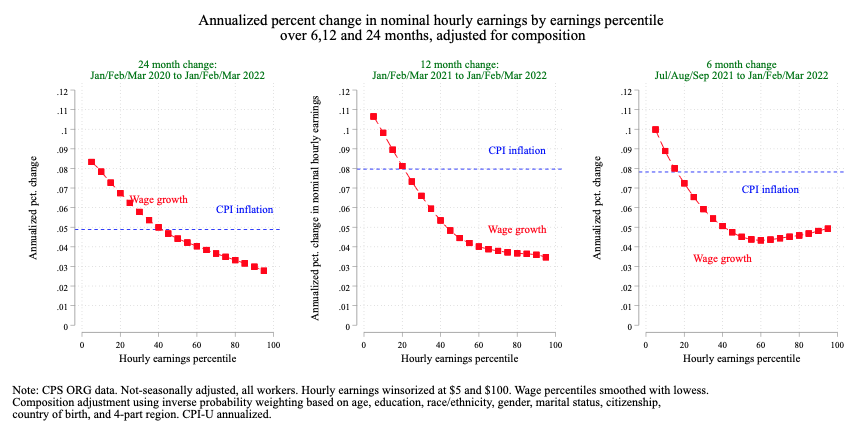 For those bemoaning the growth in wage inequality since 1980, this should be a major lesson about the role that slack labor markets have played in exacerbating inequality in the last 40 years. Tight labor markets (and polices that support it) are a major arrow in our quiver. 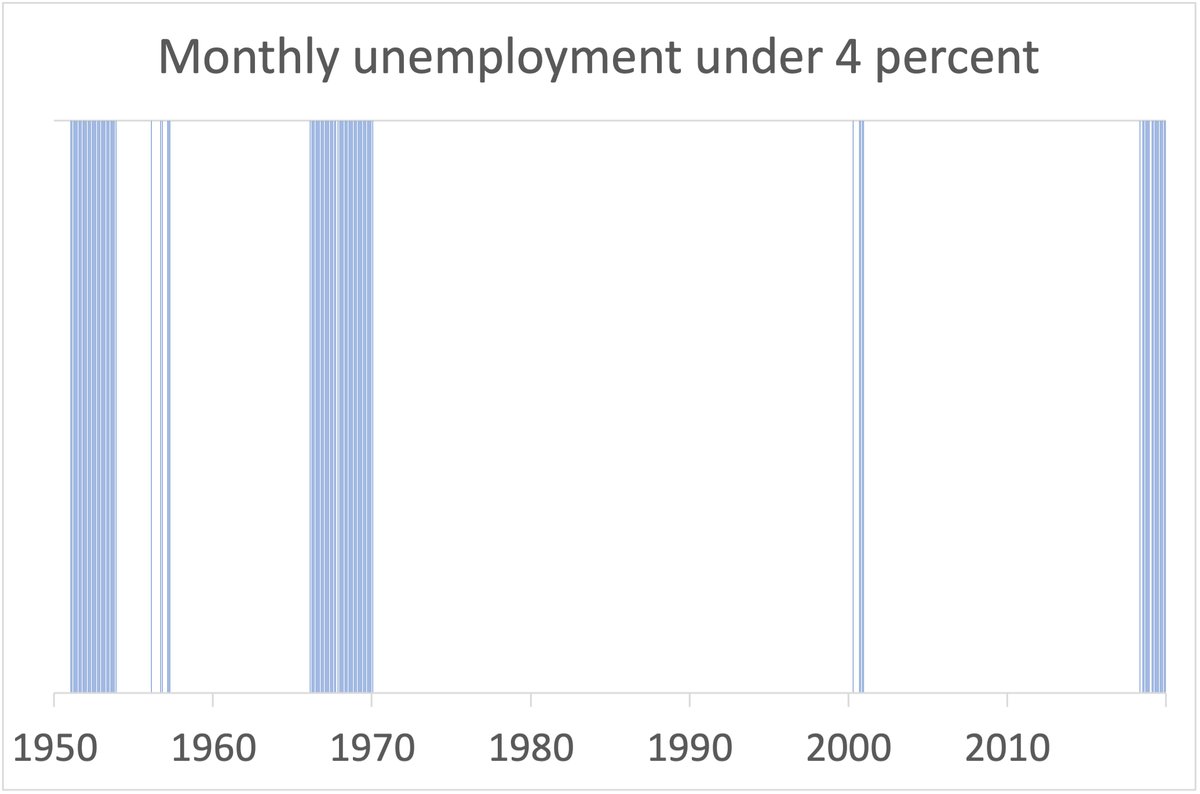 But would be great for David and I to talk to you about this stuff once we have a draft ready.