#DOYOUNG liked #KUN's and NCT's posts about the song on Instagram!! 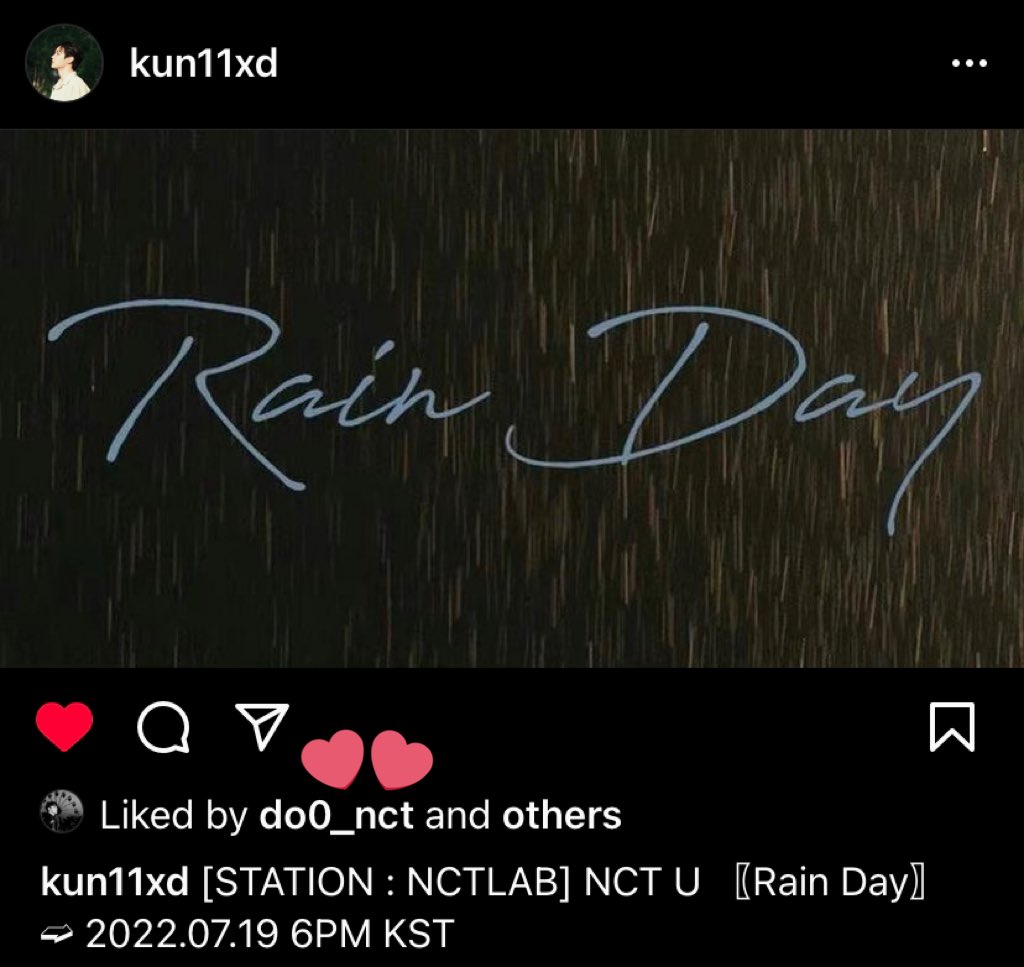 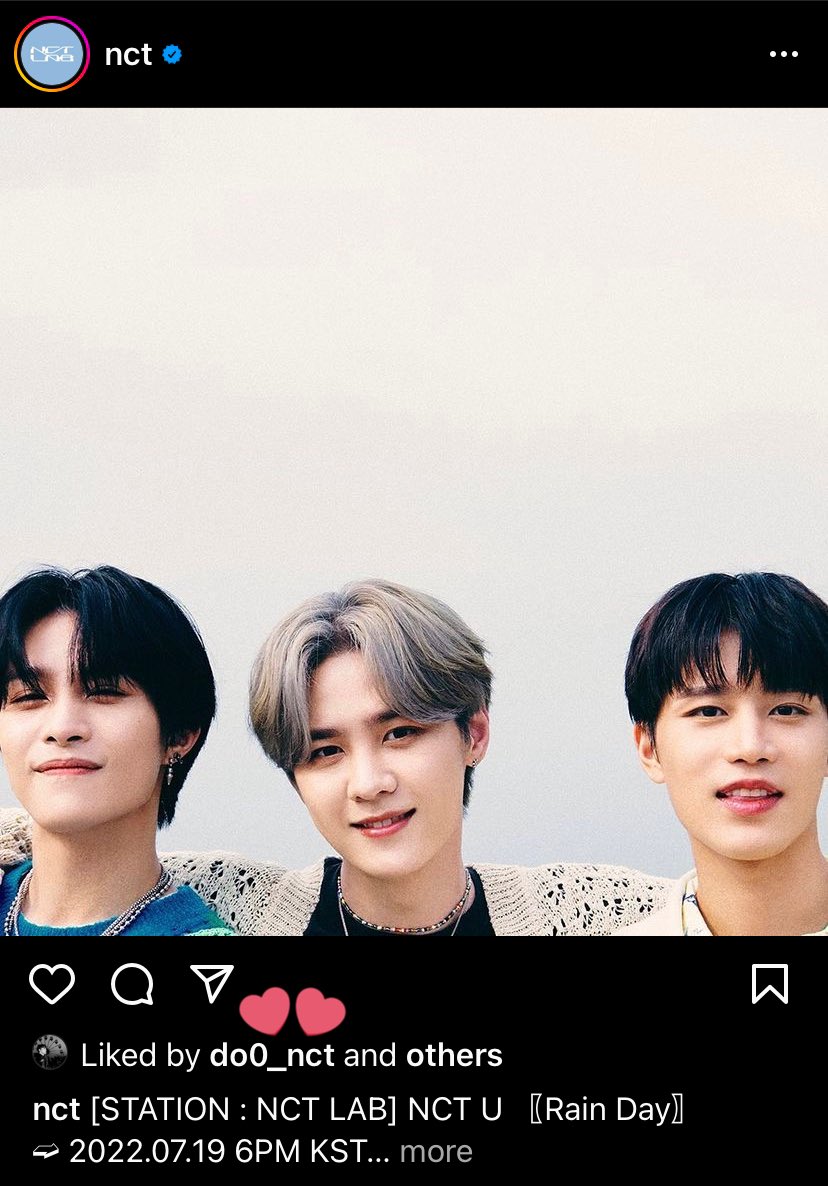 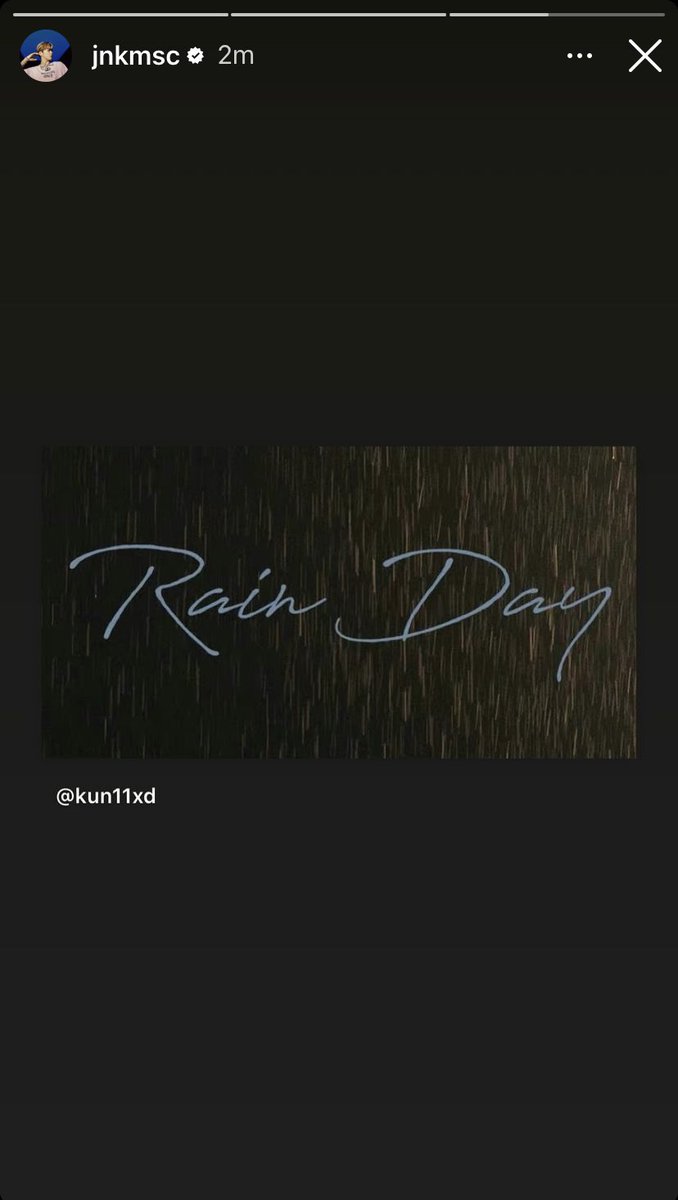 #JUNNY retweeted the teasers too! 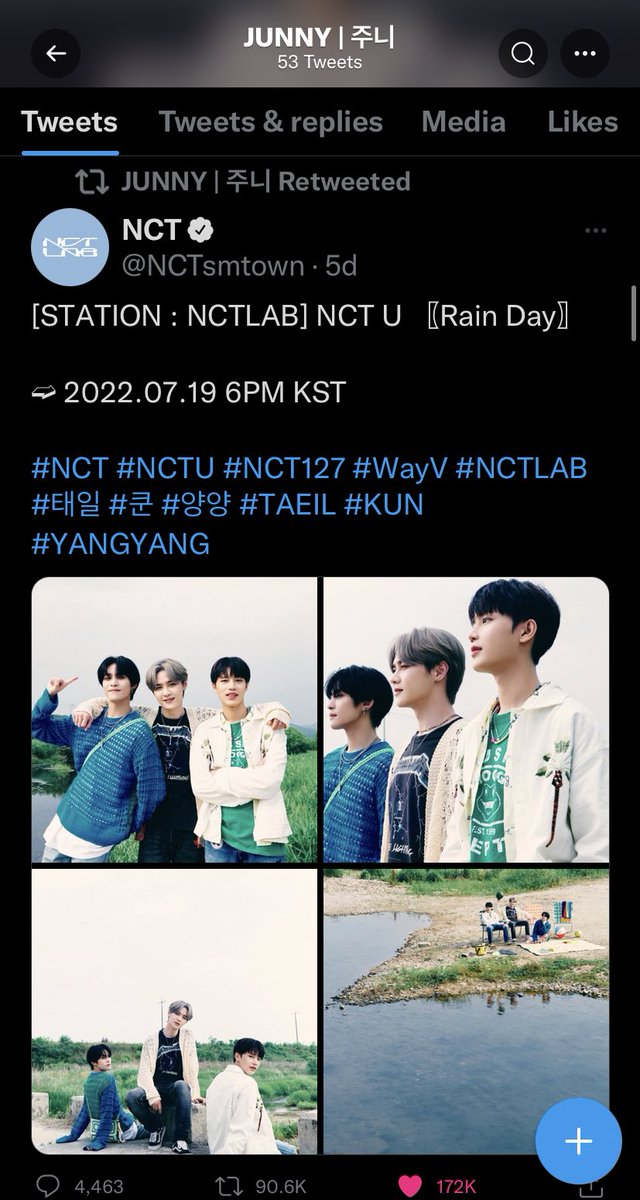 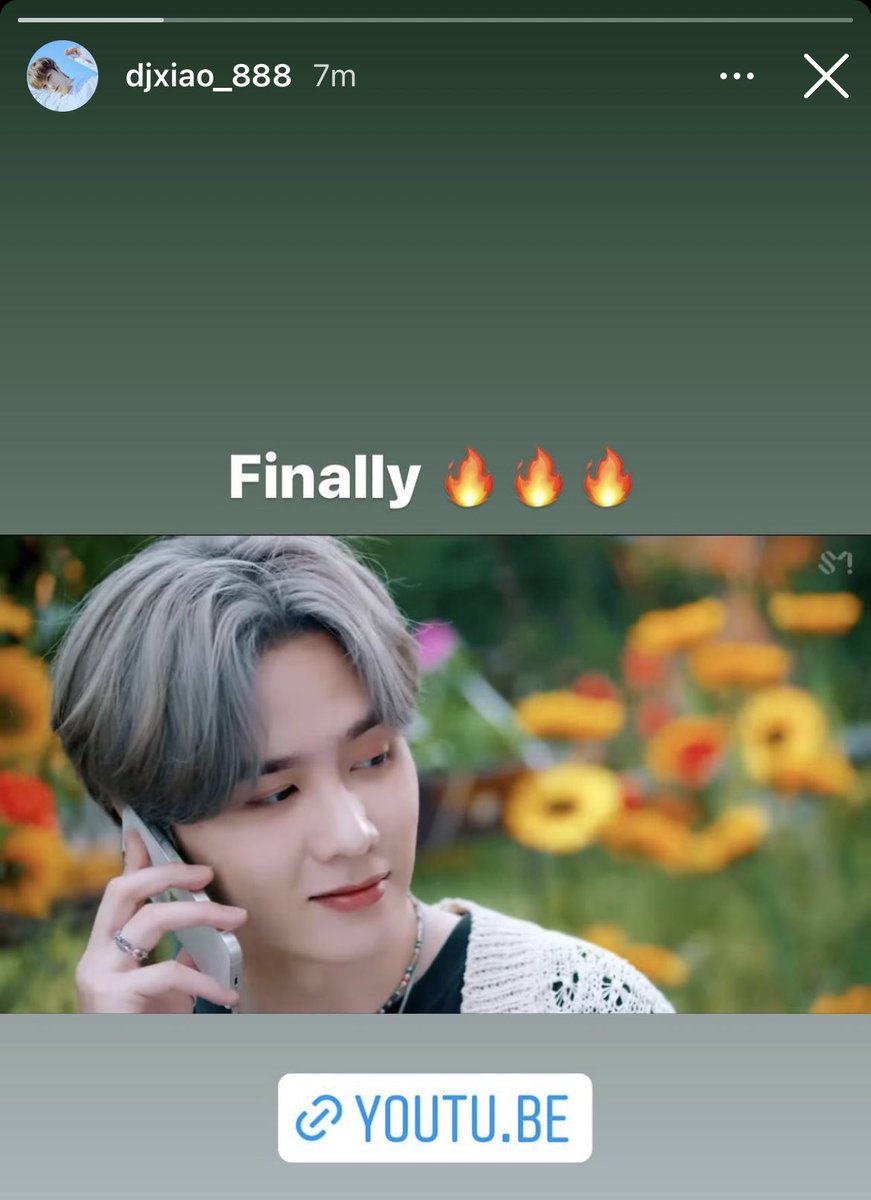 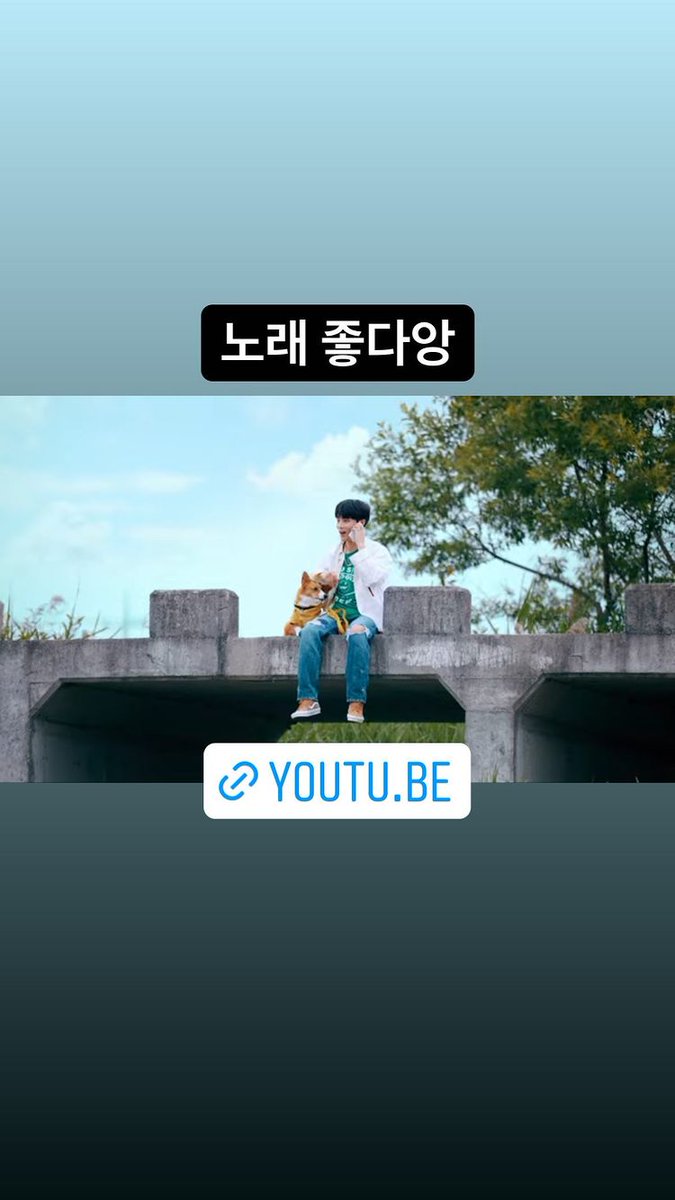 let’s appreciate kun’s composing skills, yangyang’s rap and taeil’s vocals! people may not know, but i’ve actually been so familiar with this song since 2 years ago already. within these 2 years, whenever i’m with kun in the same car or in his room- 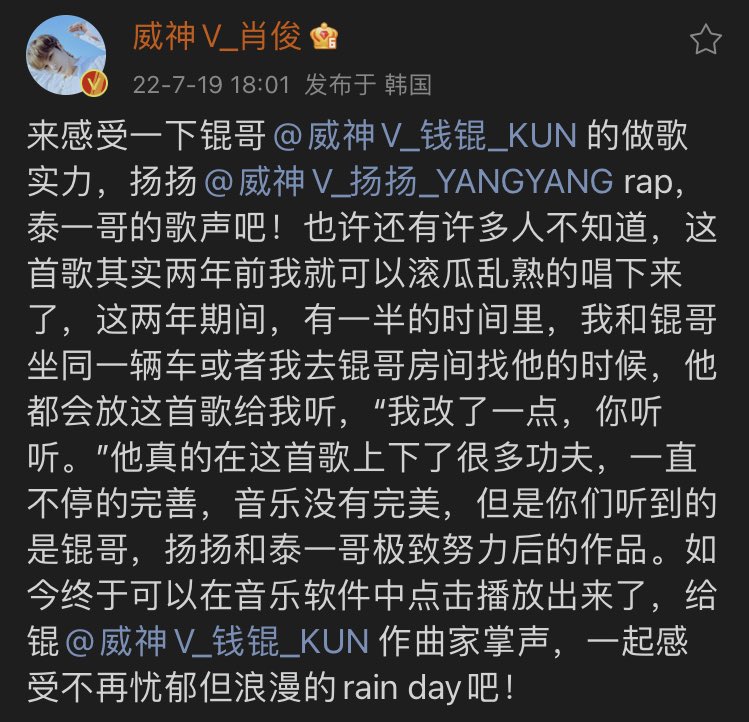 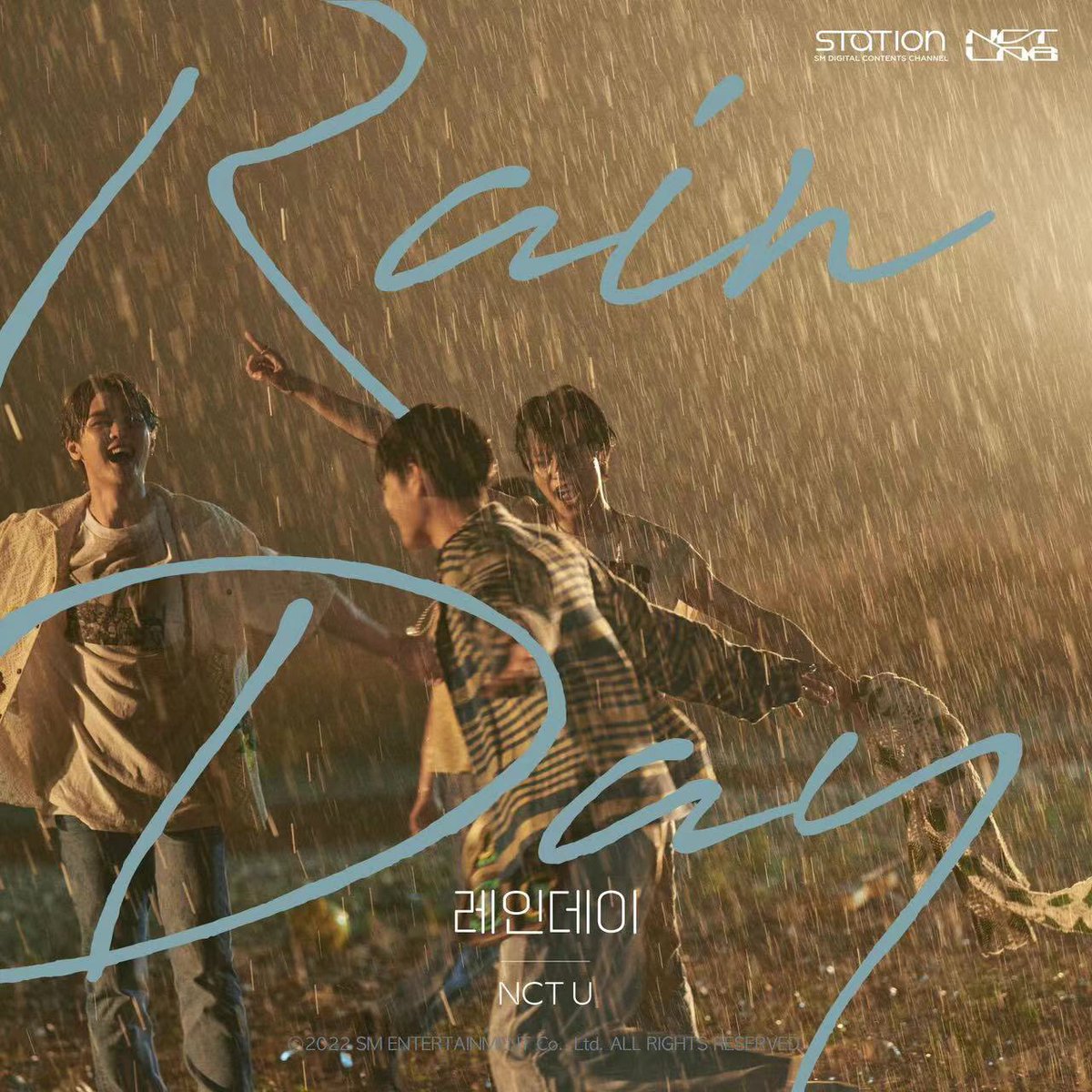 "Kun tooks a lot of hardwork in this song, shout out to kun composer !" #TodayIsRAINDAY #NCTU_RainDay #TAEIL_KUN_YANGYANG 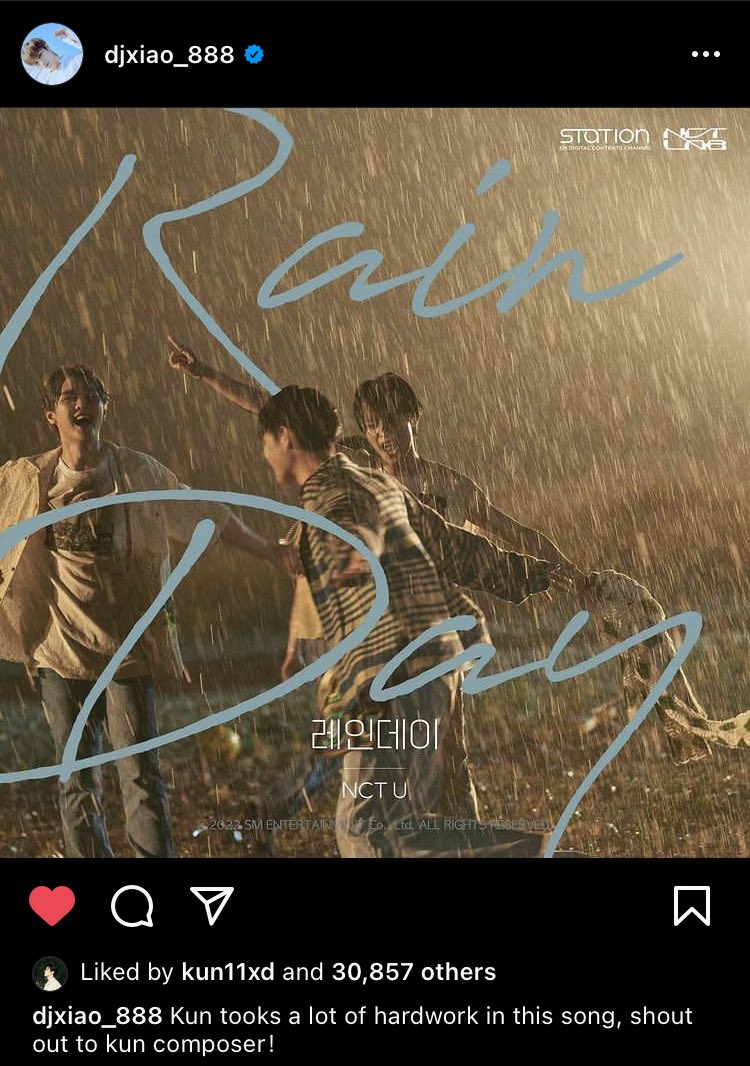 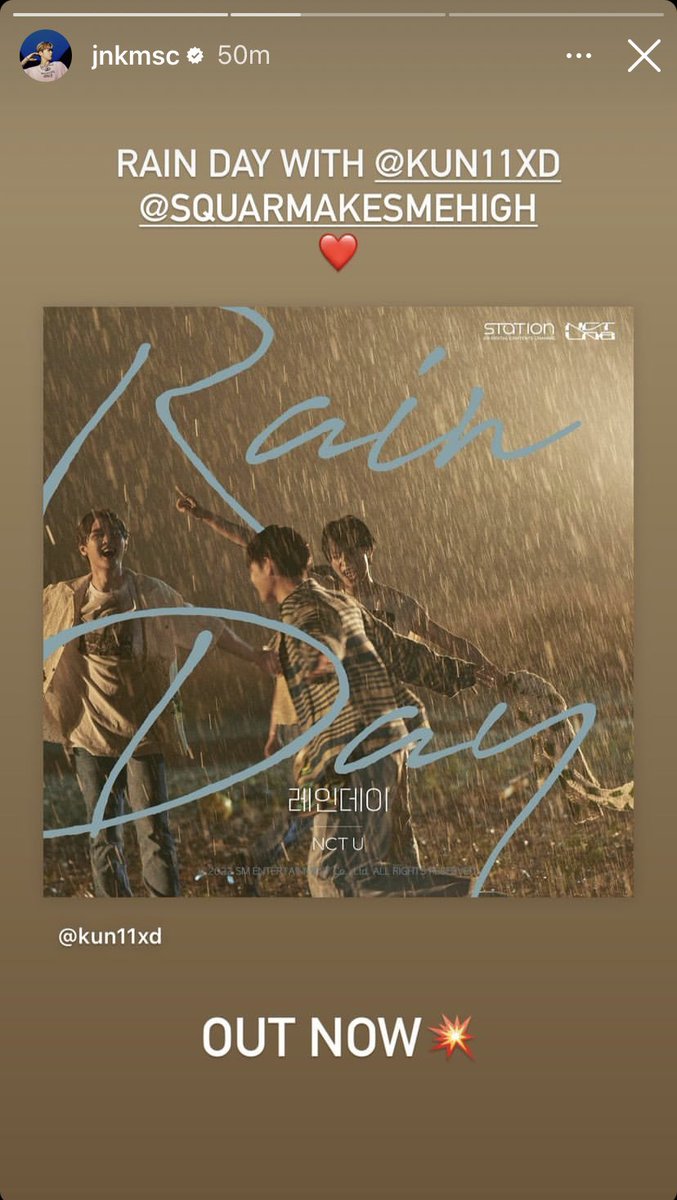 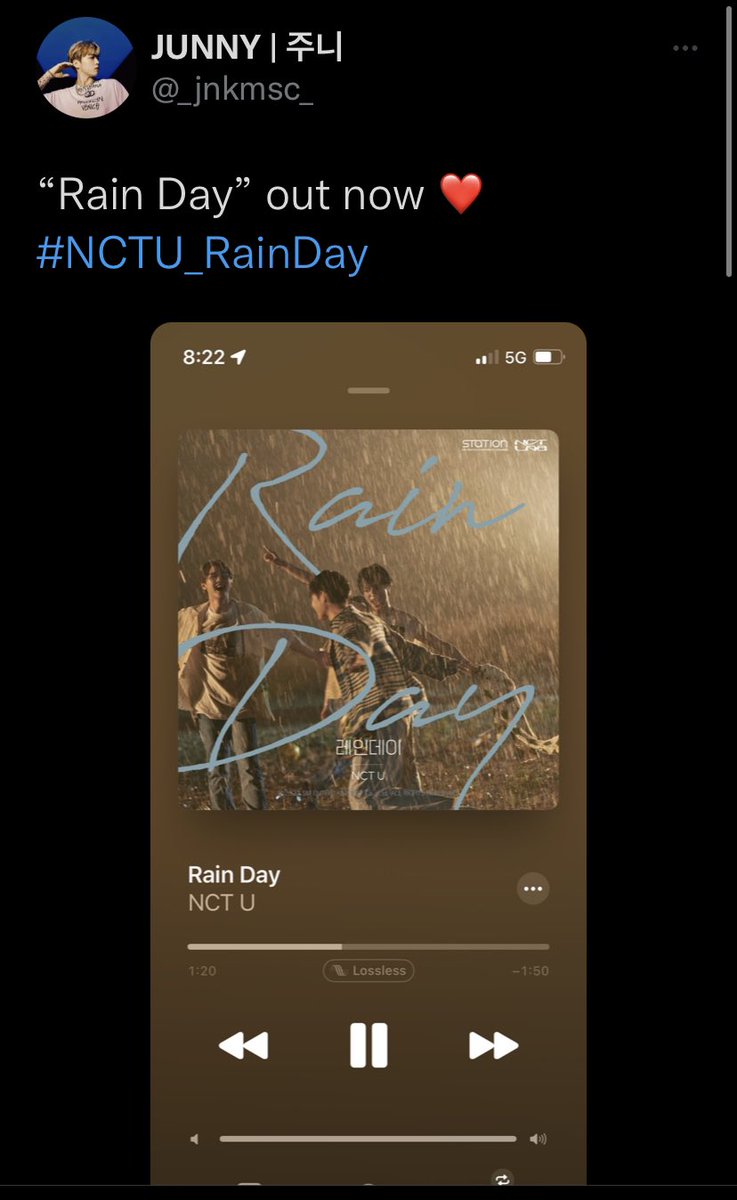 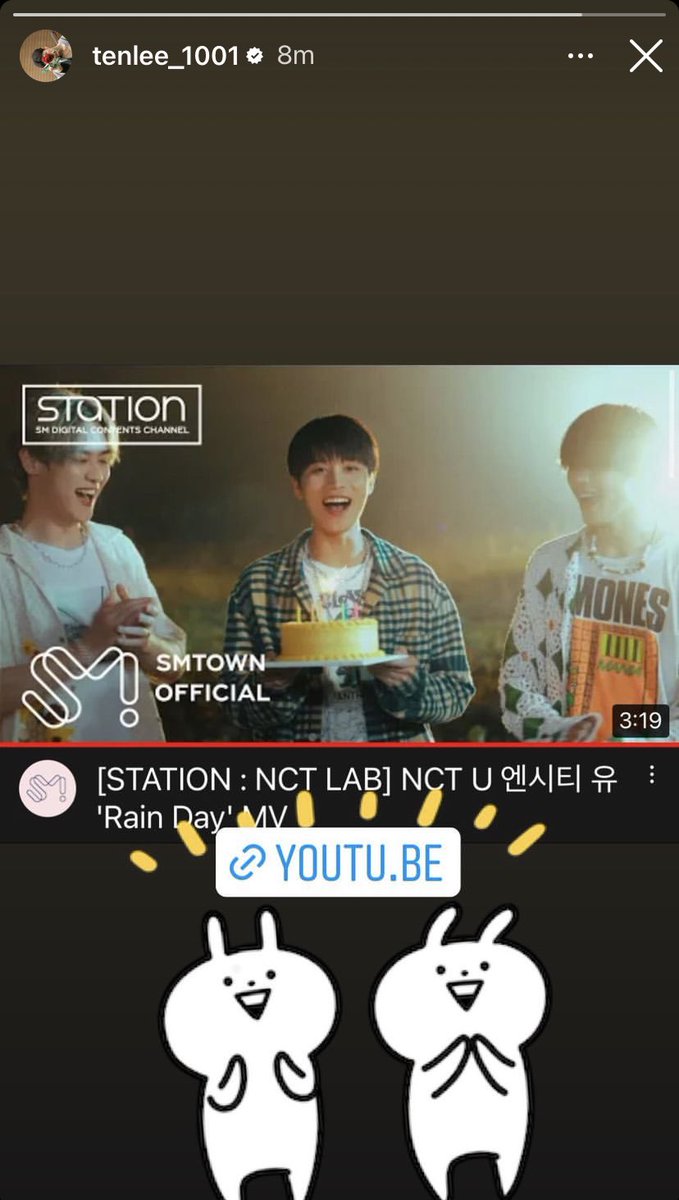 #MINGHAO of #SEVENTEEN on Weibo!

minghao from seventeen posted about rain day on his weibo! 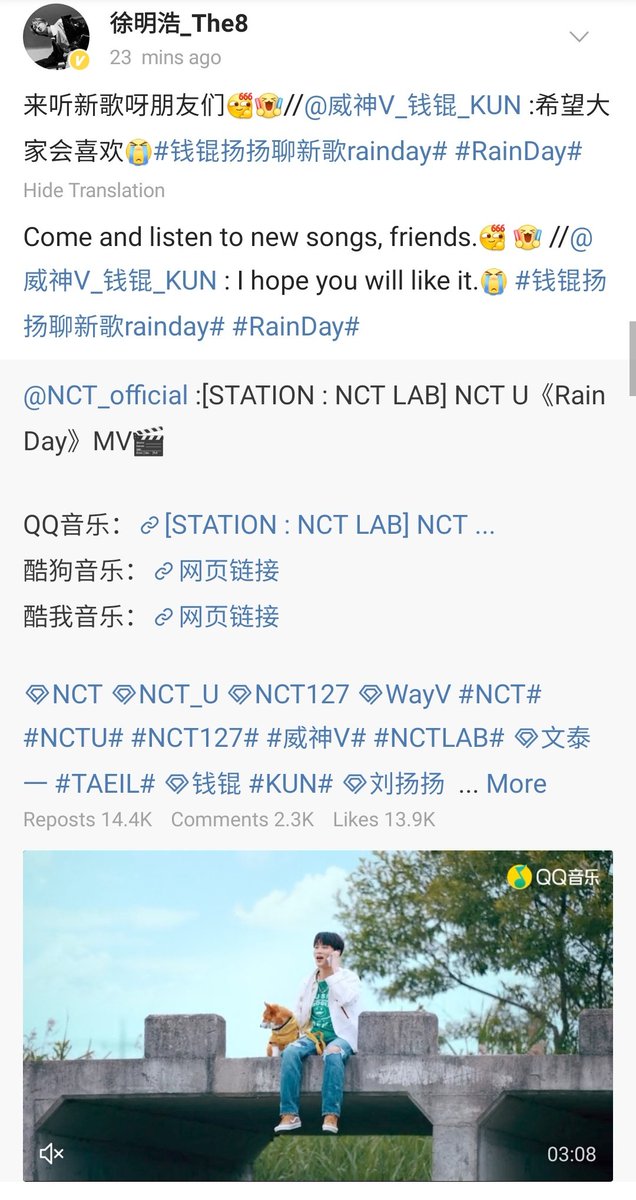 #JUNHUI of #SEVENTEEN on Weibo!

(i knew this song would definitely be good after seeing the name of the lyricist, composer and producer

) Kun was the composer/producer/lyricist for their new song 'Rain Day', sung by Kun, Yangyang & Taeil 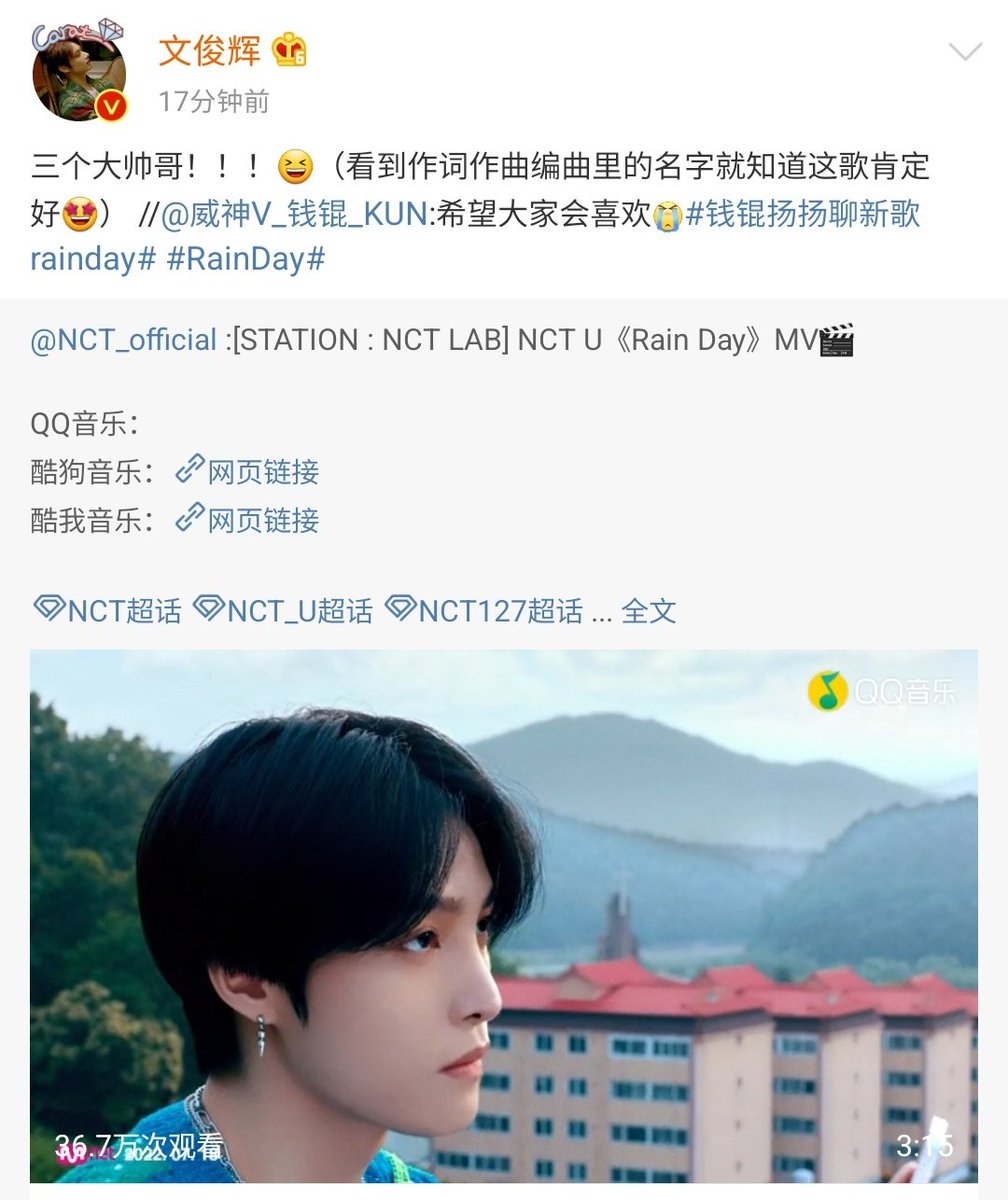 Lailai and Guozhen posted on their igs too 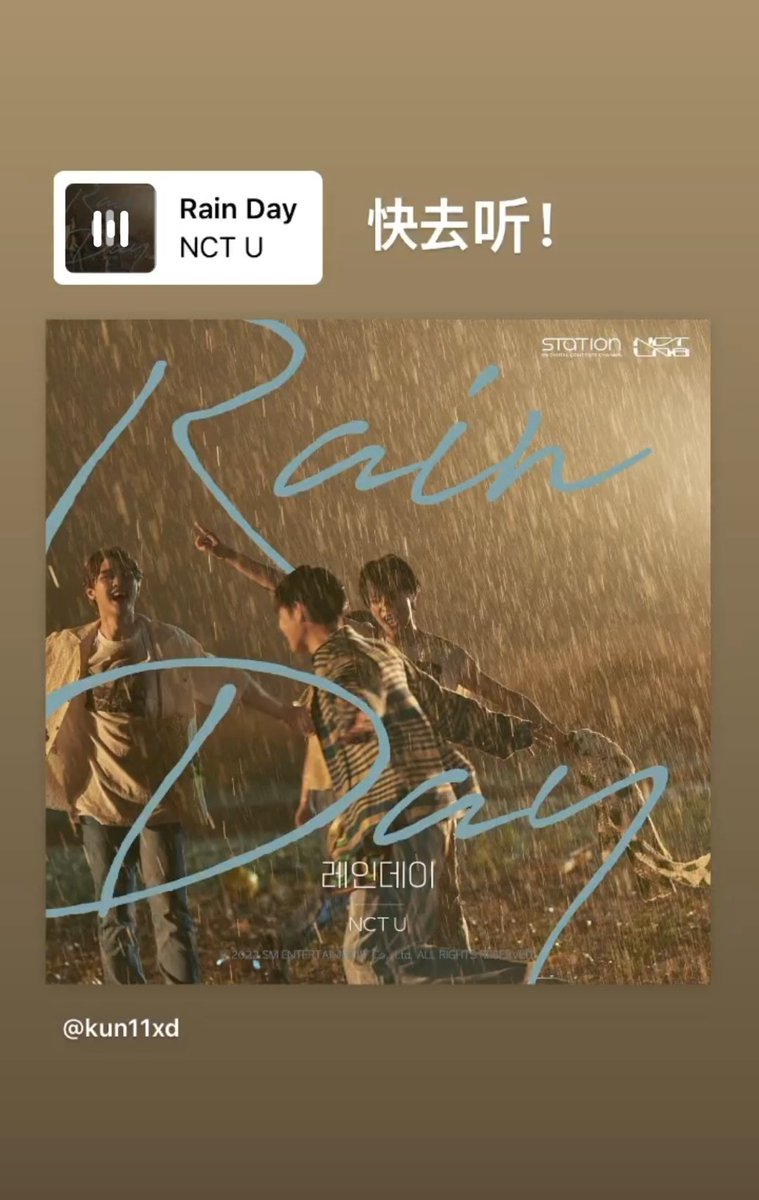 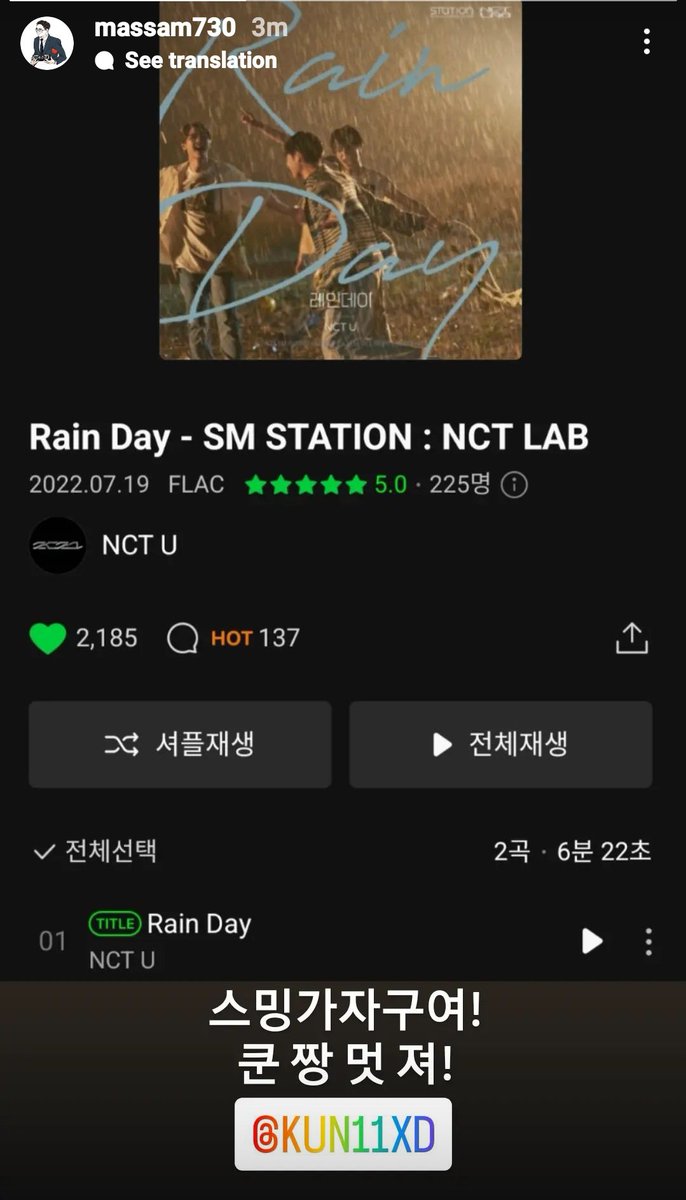 "ah the song is really my style" "

" *taro is talking about rain day 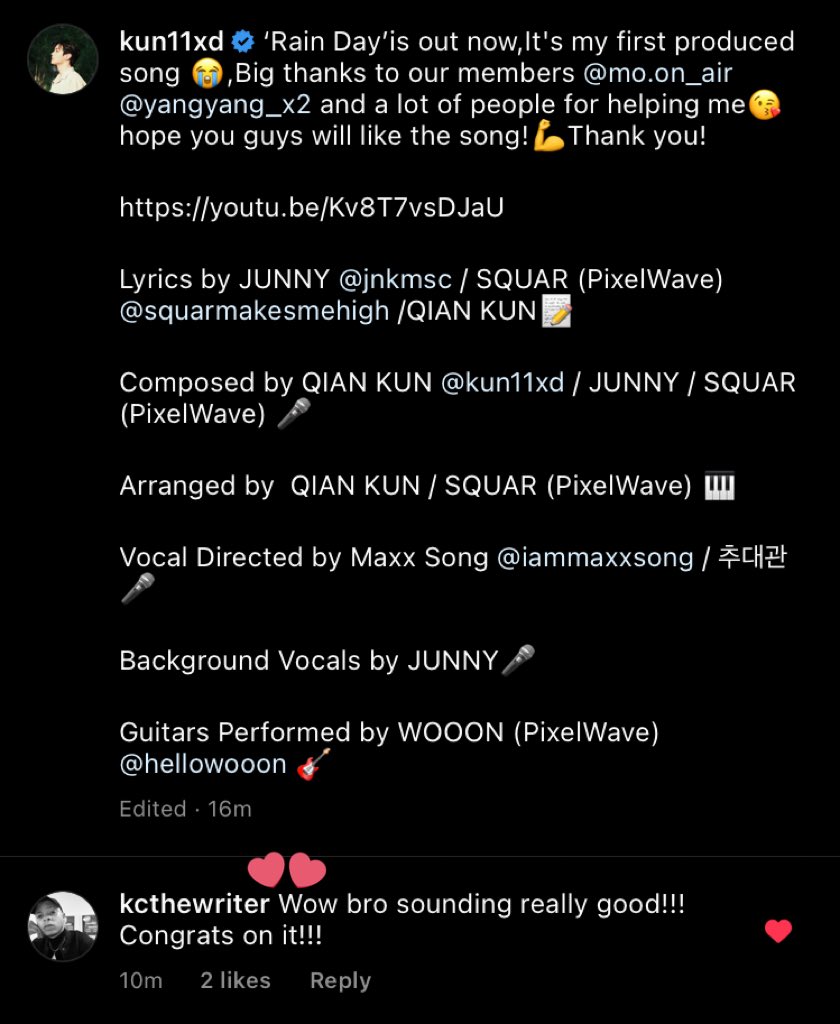 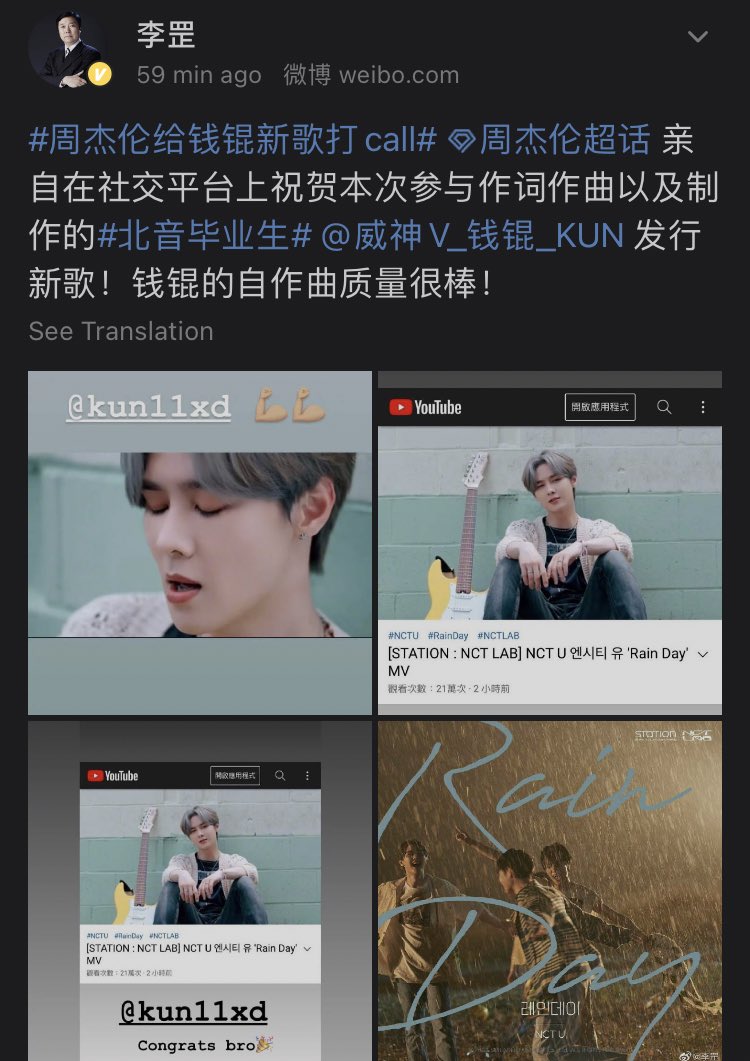 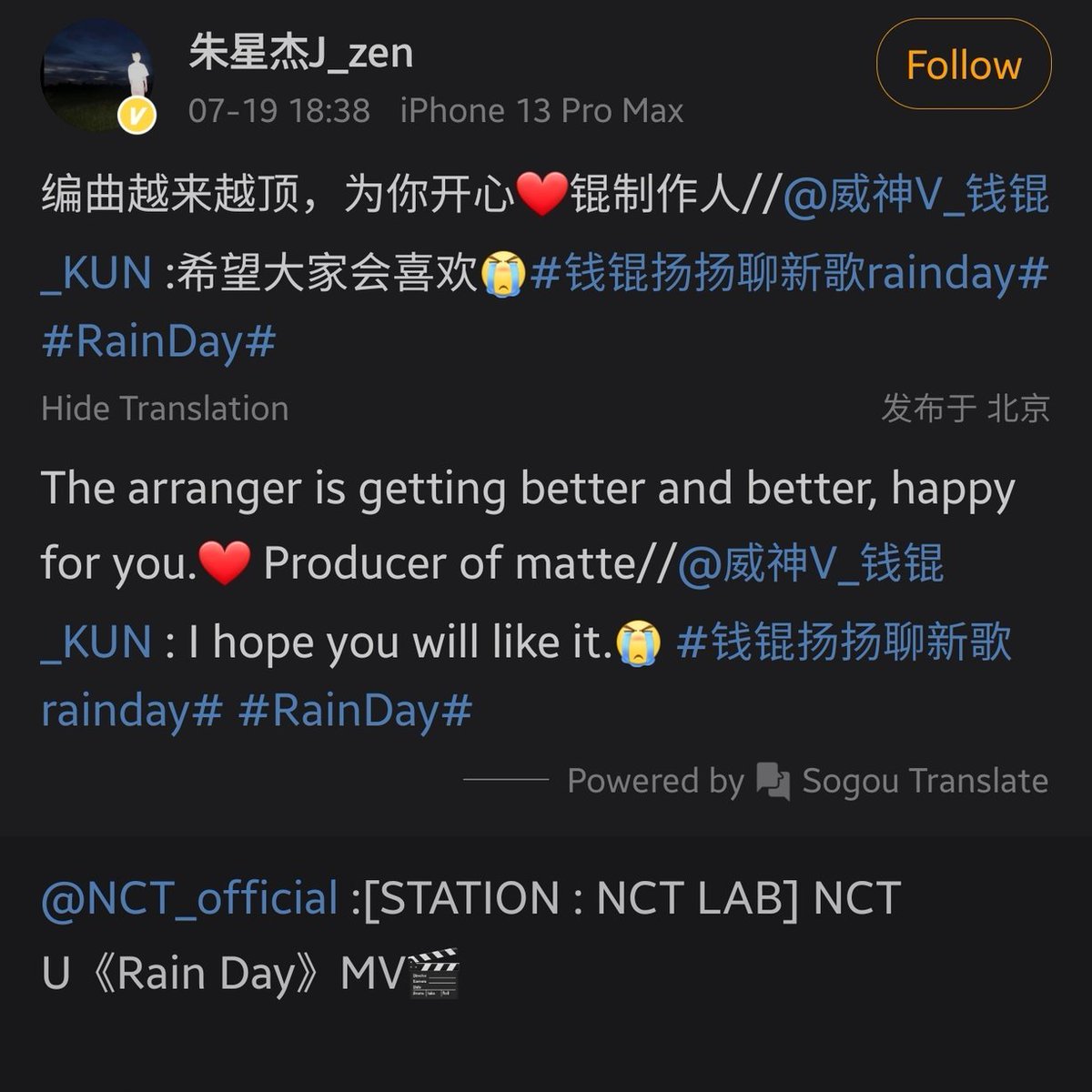 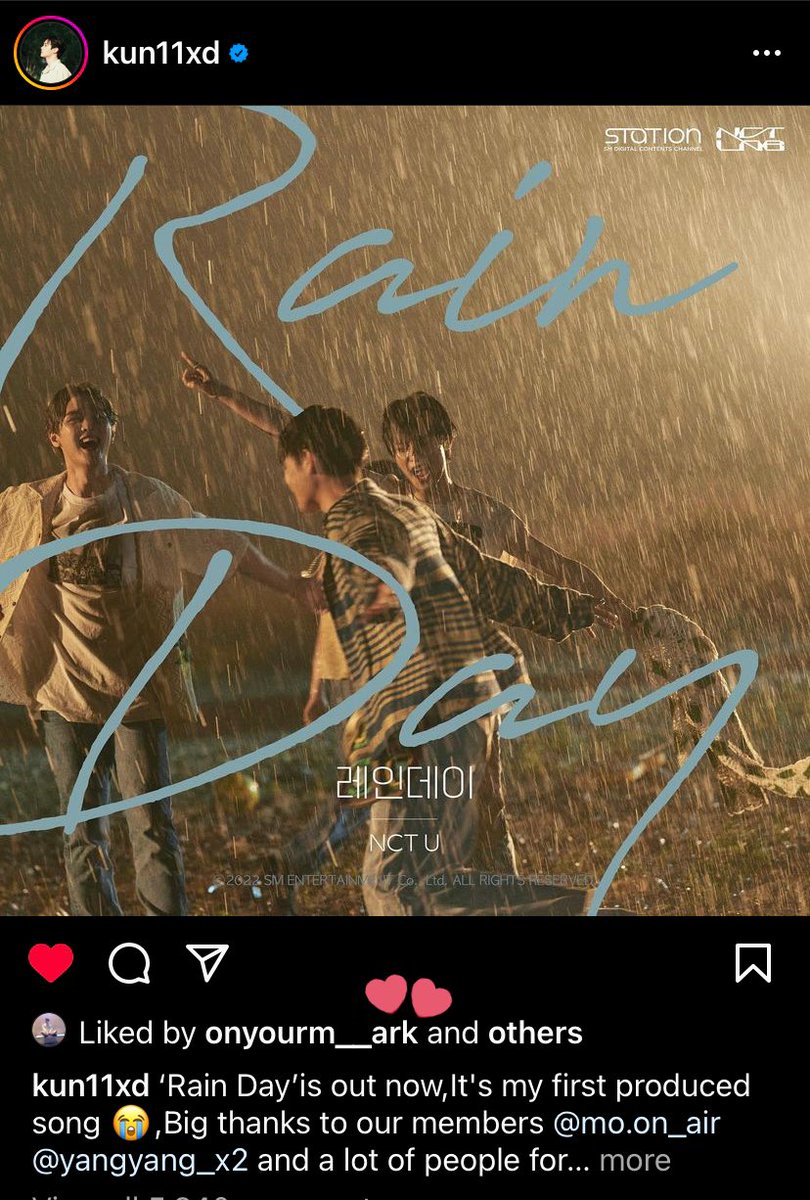 I'm so proud because it's his first song as a composer :) #KUN Congratulations! Thank you junny, pixelwave and maxx song for your hard work 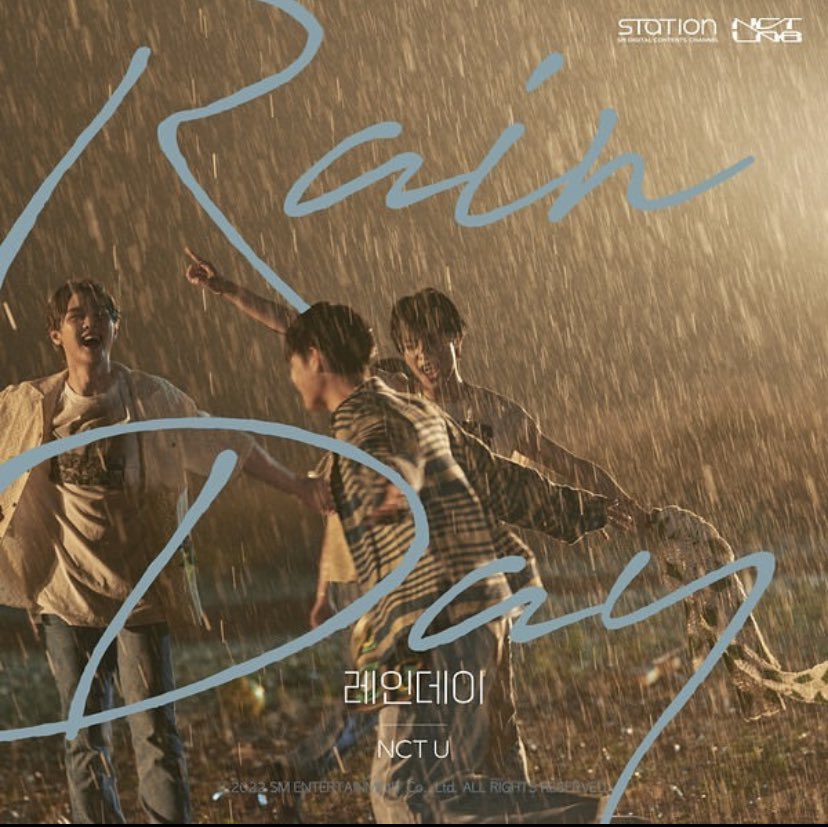 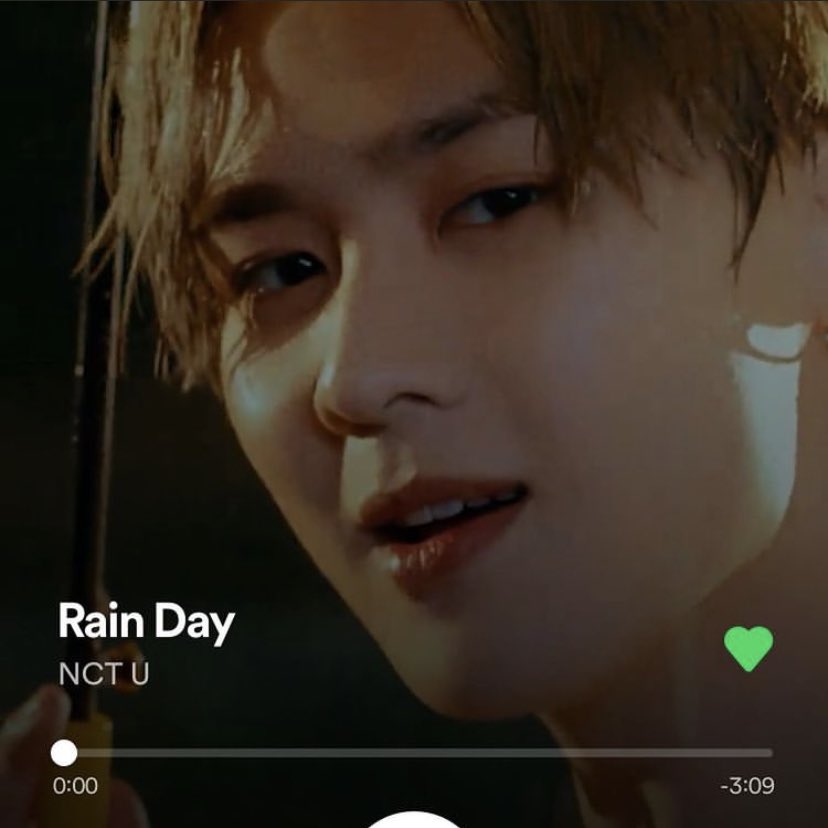 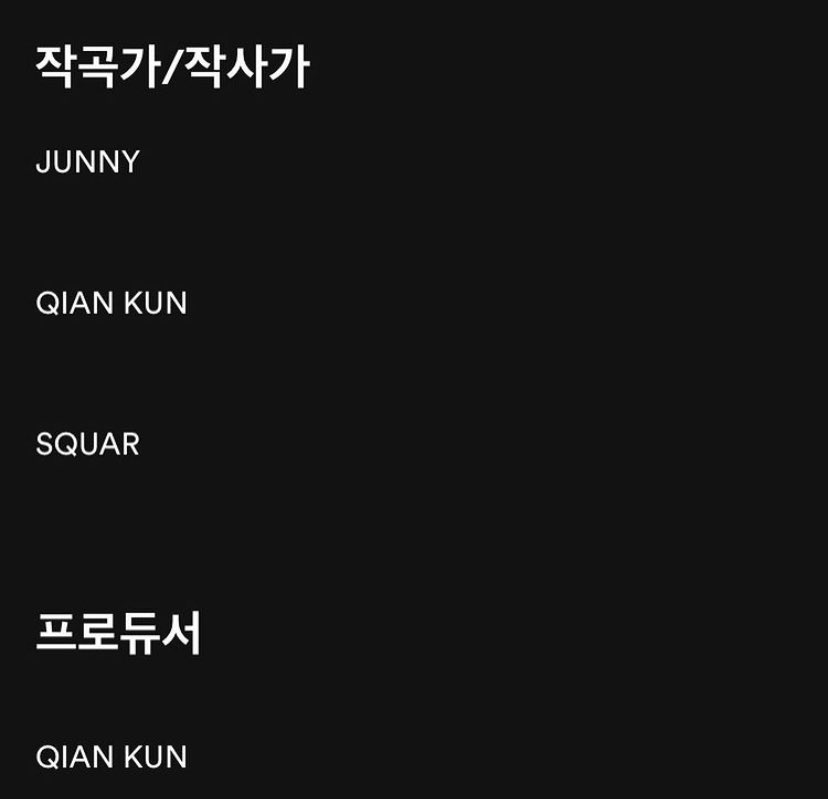 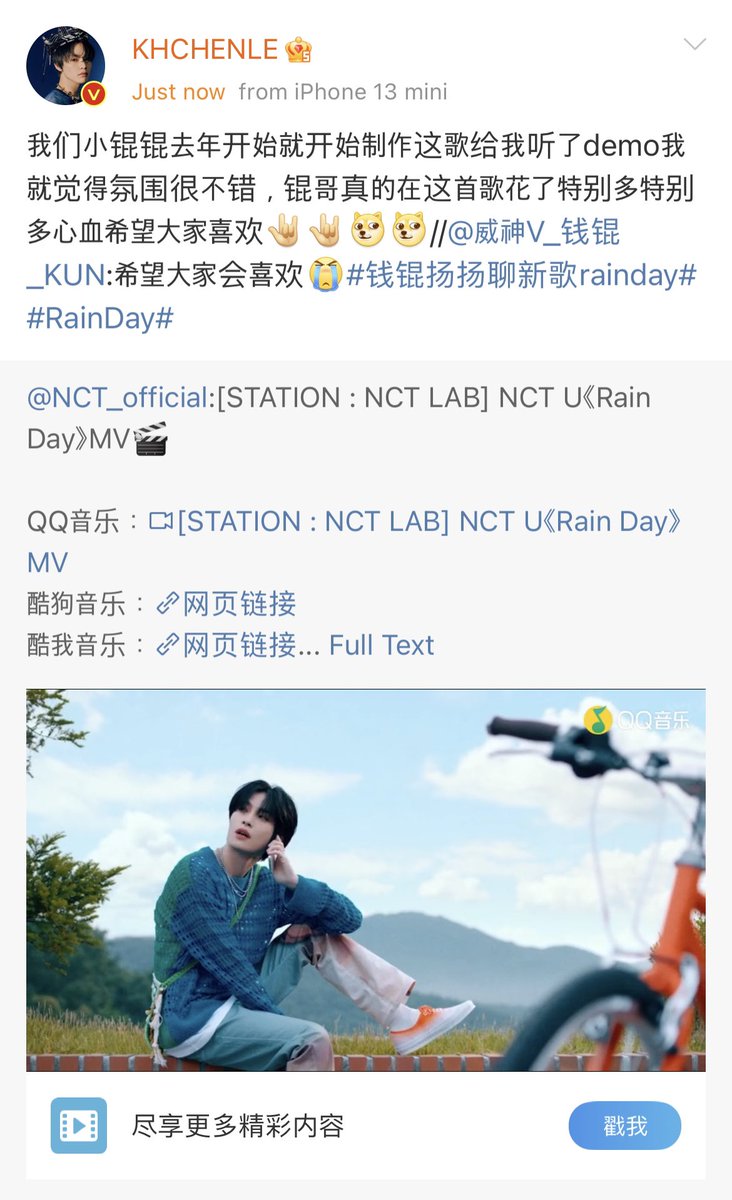 #YUQI of #GIDLE on Weibo! twitter.com/yuqiriiin/stat…

Yuqi supporting kun. Yuqi is such a sweetheart 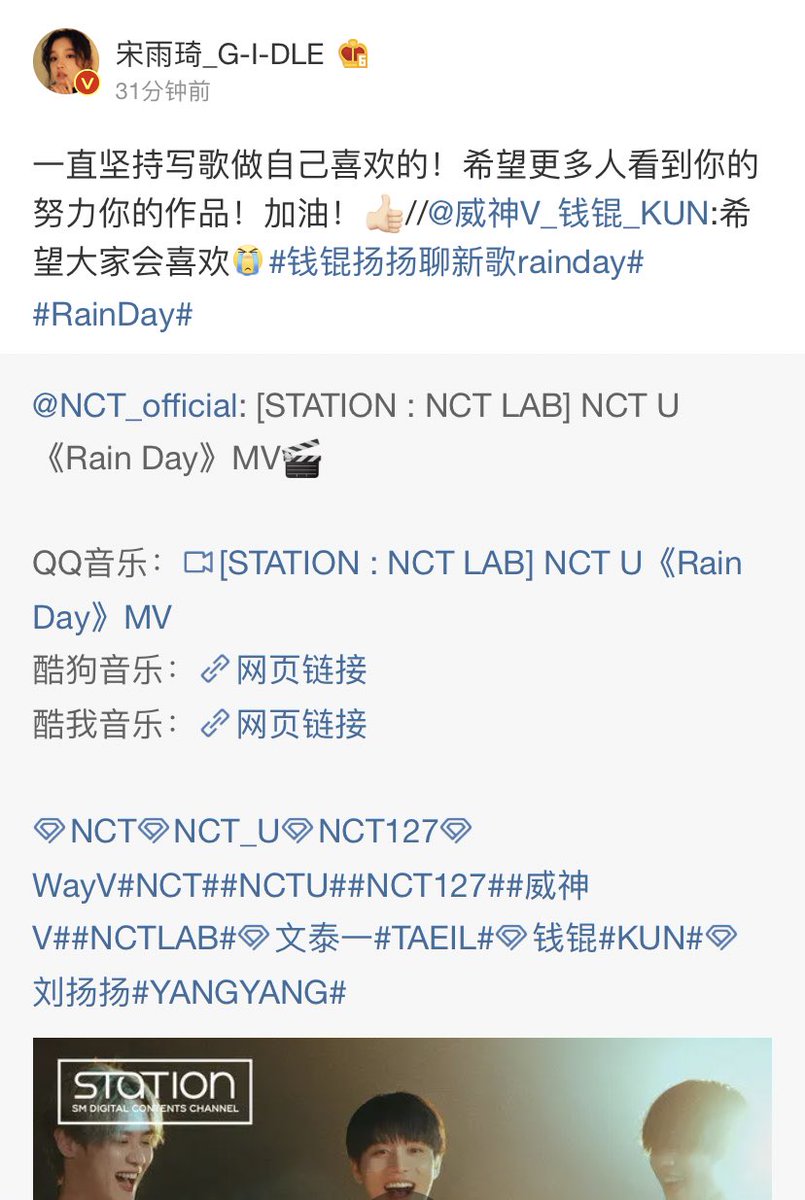 Show this thread
b�