#econtwitter Happy to share that our paper “Psychological and social motivations in microfinance contracts: theory and evidence” (with @Sanjit Dhami and Ali al-Nowaihi) is now out in the Journal of Development Economics. Open-access link: doi.org/10.1016/j.jdev… 1/10 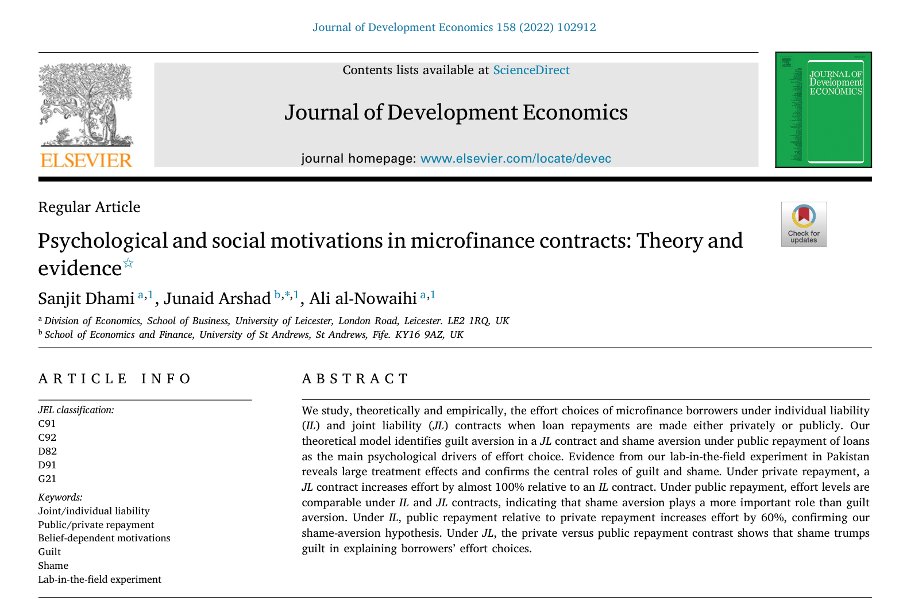 We use the framework of psychological game theory to model a two-period microfinance game, and propose guilt aversion in a JL contract & shame aversion under public repayment of loans as the main psychological drivers of effort choice. 3/10

We conduct a 2 x 2 lab-in-the-field experiment in Pakistan with 400 microfinance borrowers. Along one dimension, we vary the liability structure (IL or JL) and along the other, the method of repayment, private-individual basis (I) or public in a group (P). Four contracts

confirming the role of guilt aversion. 5/10 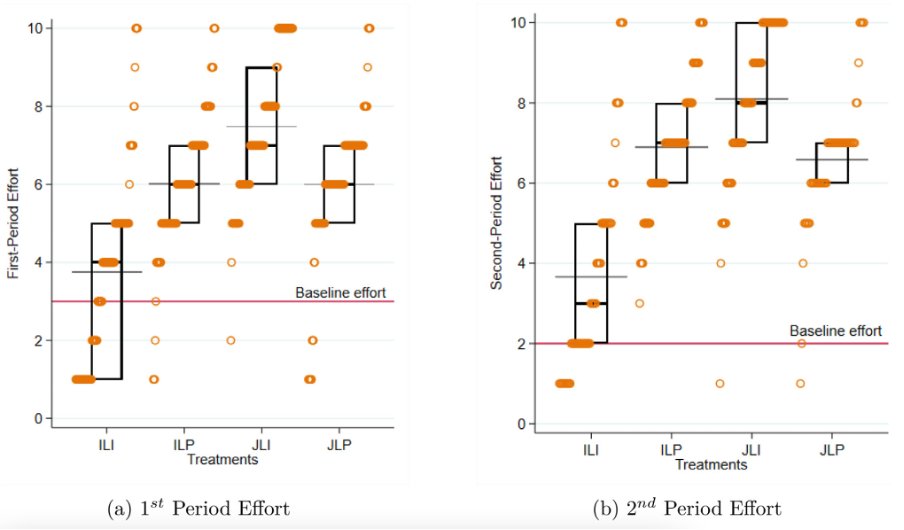 the liability structure does not matter. Shame aversion is adequate to discipline borrower behaviour. 6/10

Our results have two implications for contractual choices by banks. (1) Under public repayment, given the more restrictive borrowing conditions in the JL contract, the bank may prefer the IL contract; shame aversion suffices in this case. 8/n