Family of US contractor Mark Frerichs, held more than 2 years in #Afghanistan by the #Taliban, says he's been freed.

#Taliban confirm Frerichs was freed by them in exchange for convicted heroin trafficker Haji Bashir Noorzai, jailed in the US since 2005. 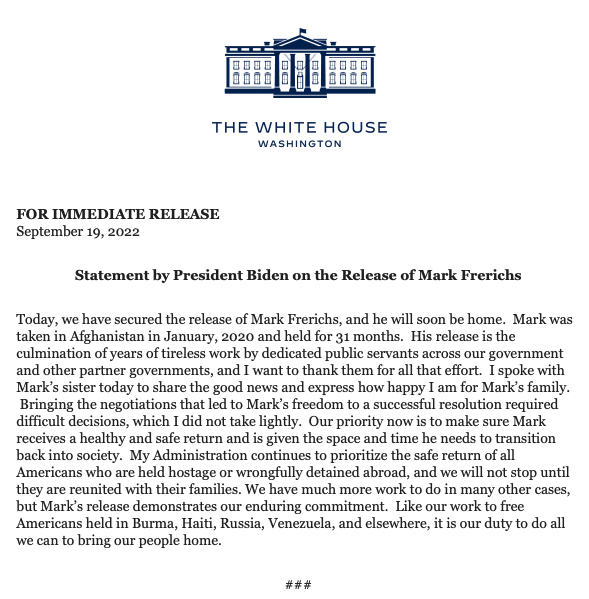 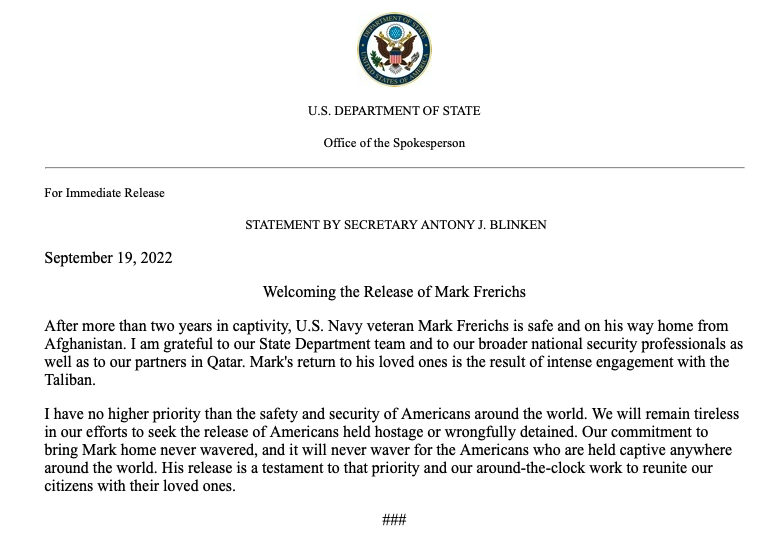 Frerichs appears to be in stable condition after his release, according to a US official.

"The support that we received from our Qatari partners, as well, was key in securing his release," says @Secretary Antony Blinken in remarks at the Foreign Press Center in NYC. "Mark's soon going to be reunited with his family."