The #JWST team today released a fascinating infrared image of planet Neptune, its moons and its rings, taken by the NIRCam instrument on July 12. Let's take a look at other notable images of Neptune taken over the past few decades, by other space and ground based telescopes. 1/ 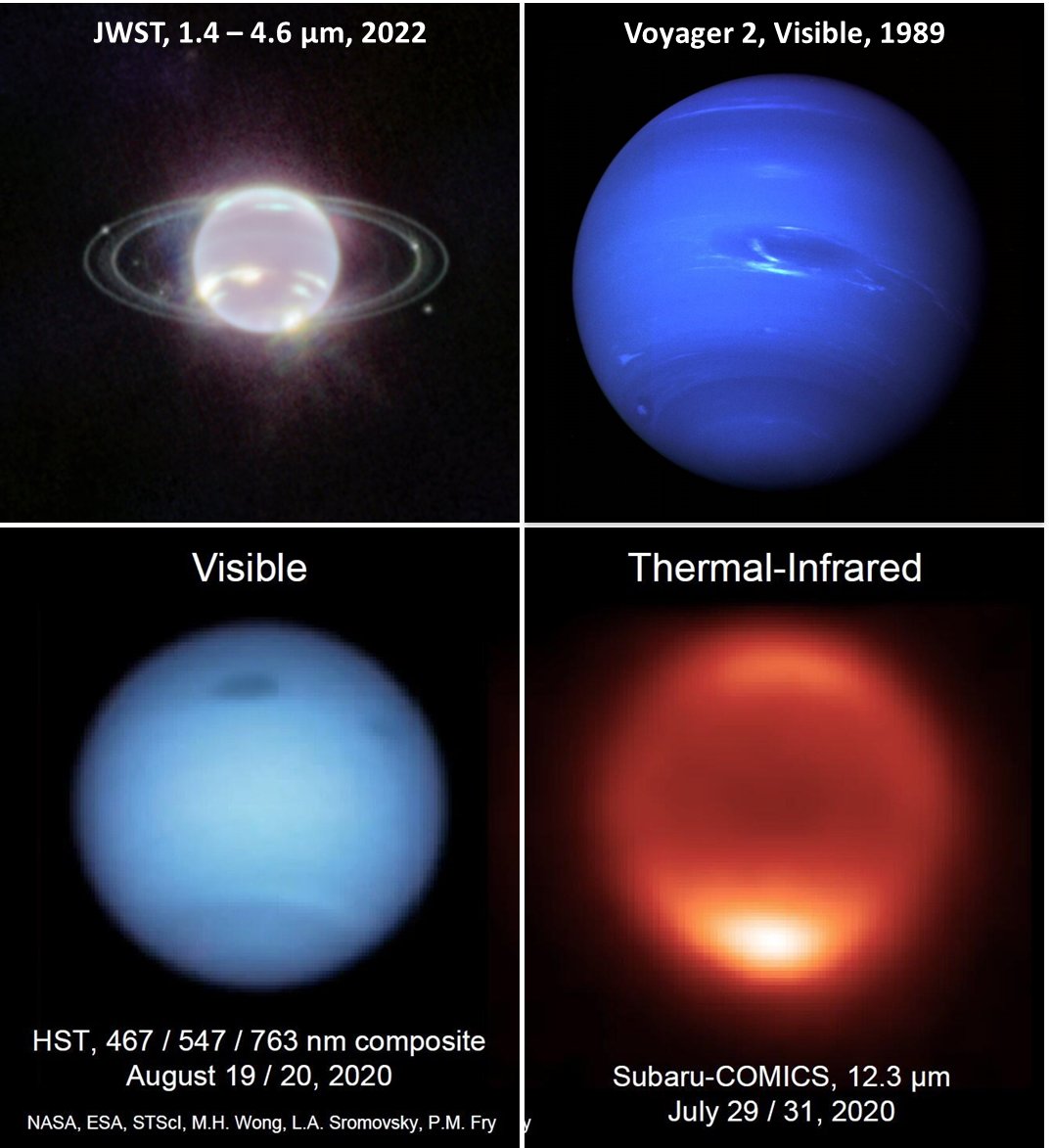 Few more images of Neptune, taken in visible and infra-red light, by space and ground based telescopes. No, we cannot see Neptune's rings in these images. 2/ 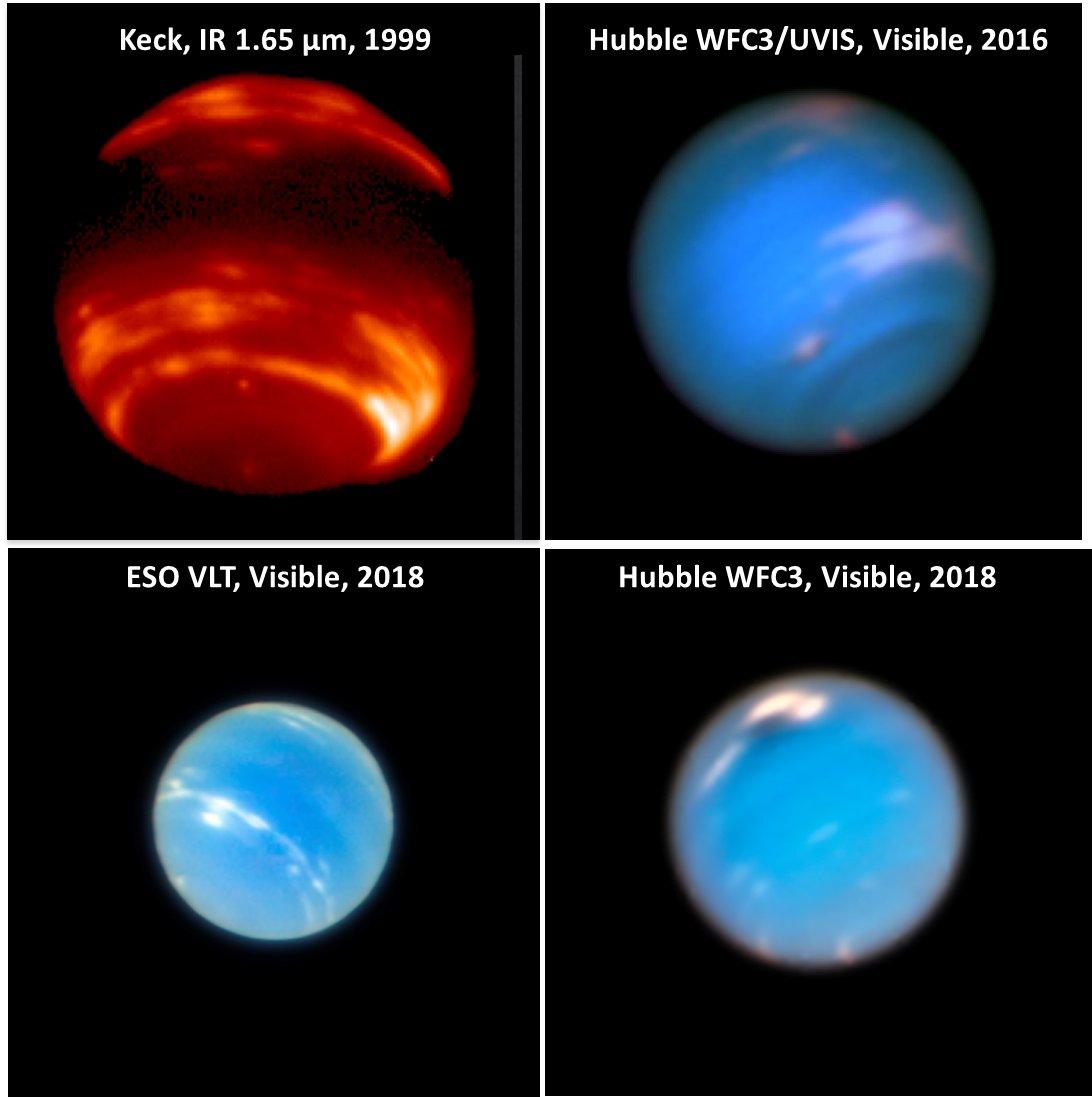 A comparison of annotated wide-angle images of Neptune and its moons by #JWST and Hubble. Neptune has 14 known moons, which are named for minor water deities in Greek mythology. 3/ 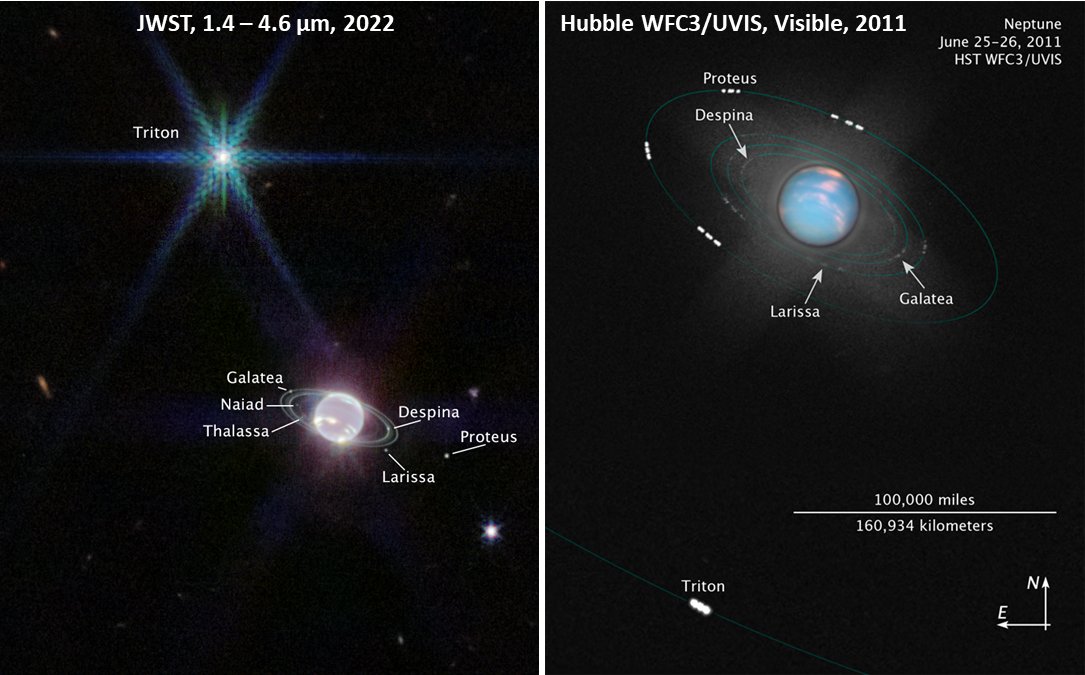 The dusty rings of Neptune were first imaged by Voyager 2 in 1989, in visible light wavelengths. Neptune's 5 principal rings are named after astronomers who contributed important work on the planet: Galle, Le Verrier, Lassell, Arago, and Adams. 4/ 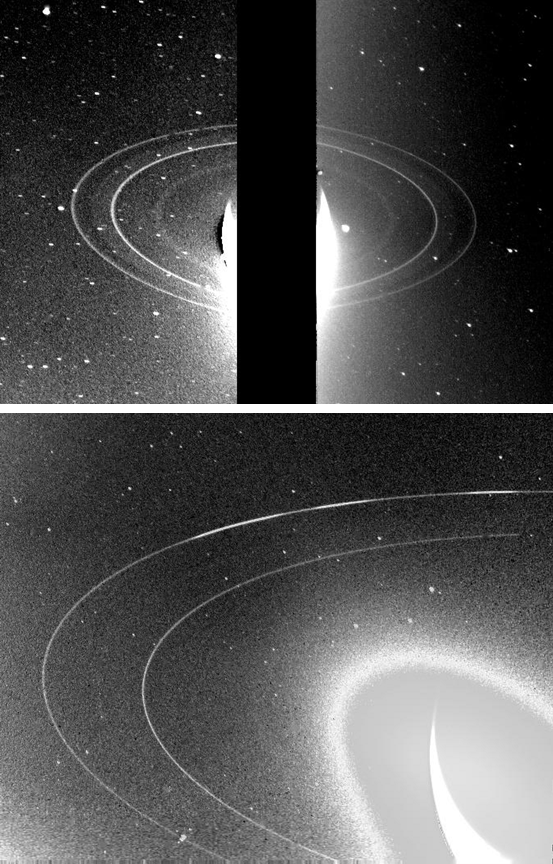 See the tweet thread below and esawebb.org/news/weic2214/ for more details on the image of Neptune by JWST. twitter.com/ESA_Webb/statu… 5/

1/ Webb turns its eye close to home by capturing its first image of Neptune, revealing the ice giant planet in a whole new light. This is the clearest view of this peculiar planet’s rings in more than 30 years. Read more: esawebb.org/news/weic2214/ 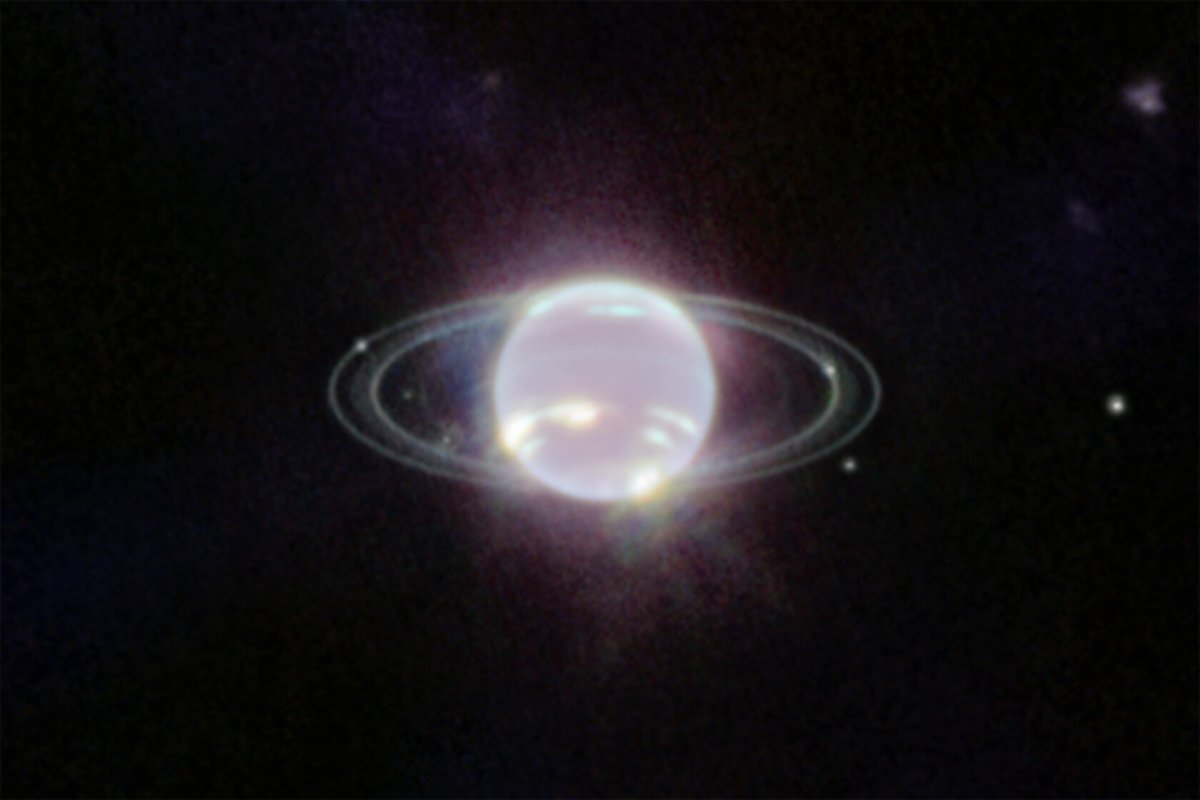 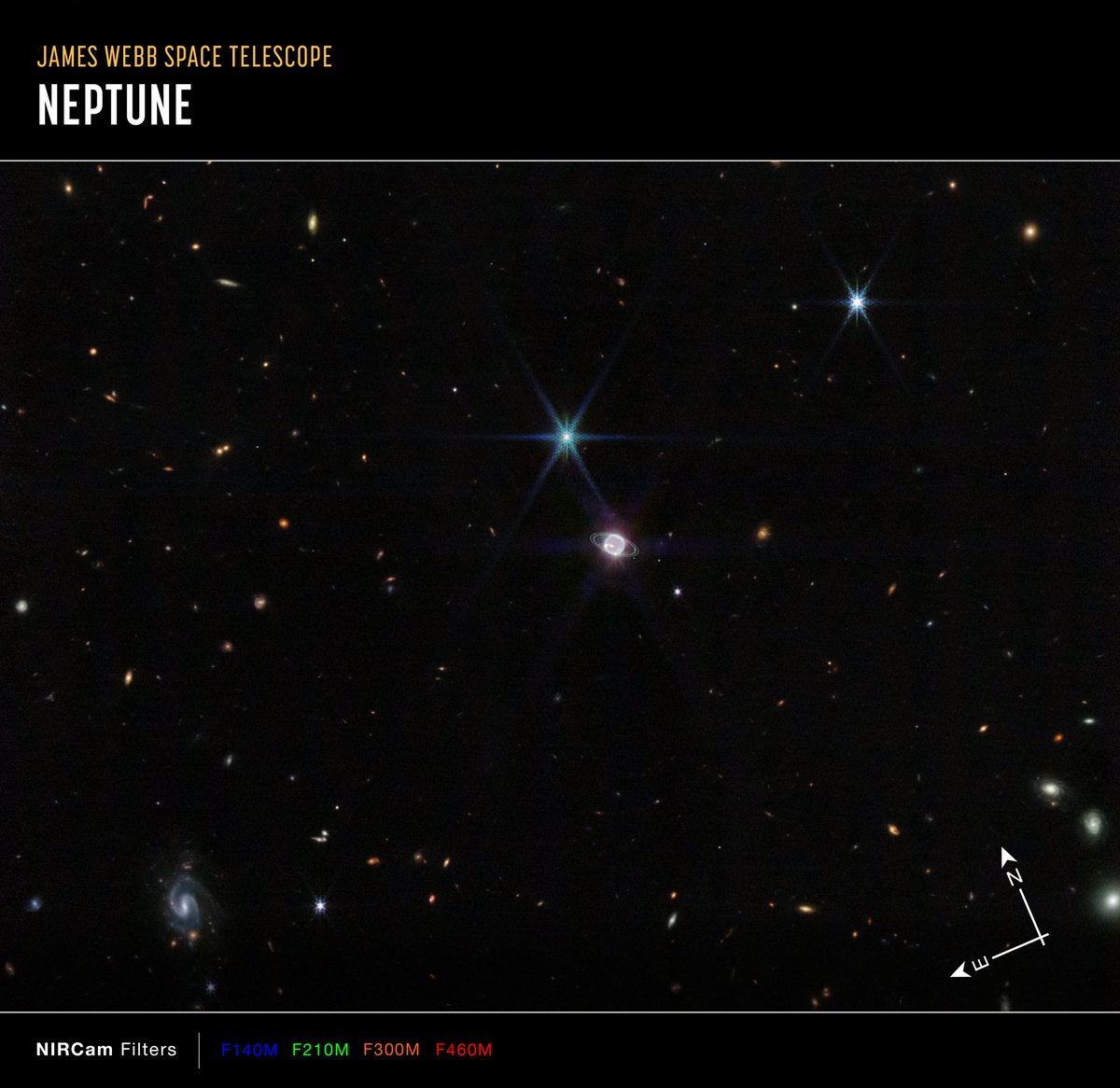 Here is a cheat sheet of various instruments in #JWST, their field of view angular sizes and the detector sizes. NIRCam has two 4kx4k pixel detector modules; one was used for this image of Neptune. Note that 132" (arcsec) is 0.037 degrees. 7/ 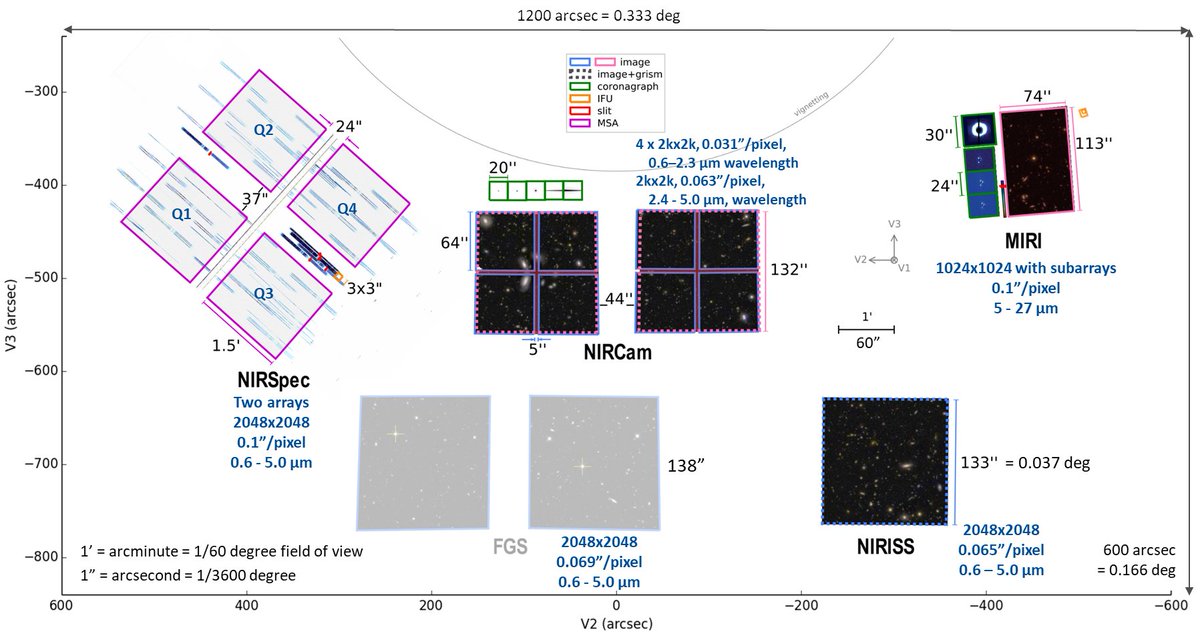 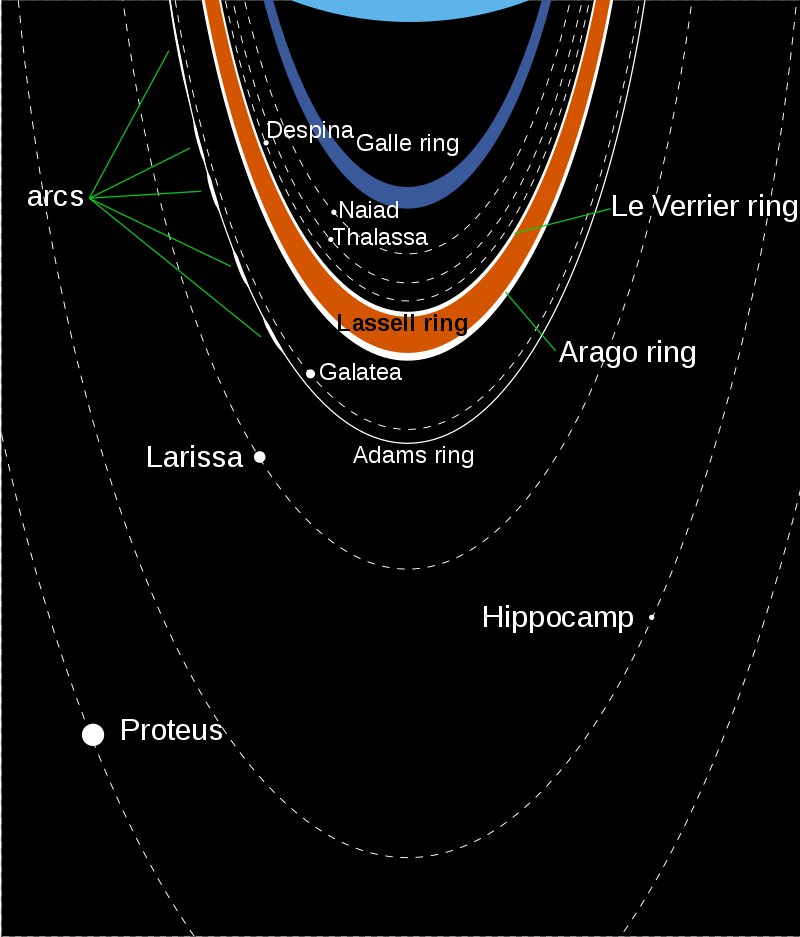 The Adams ring consists of 5 bright arcs embedded in a fainter continuous ring. The arcs are named: Fraternité, Égalité 1 and 2, Liberté, and Courage. The terminology was suggested by their original discoverers, who had found them during stellar occultations in 1984 and 1985. 9/ 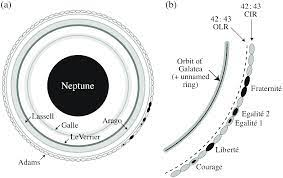 Voyager 2 flew by within 5,000 km of Neptune. The images of the rings were taken after Voyager 2 went past Neptune and looked back at the brightly backlit rings. JWST imaged the faint rings from over 4.4 billion km away with front lighting. This is JWST's engineering genius. 10/ 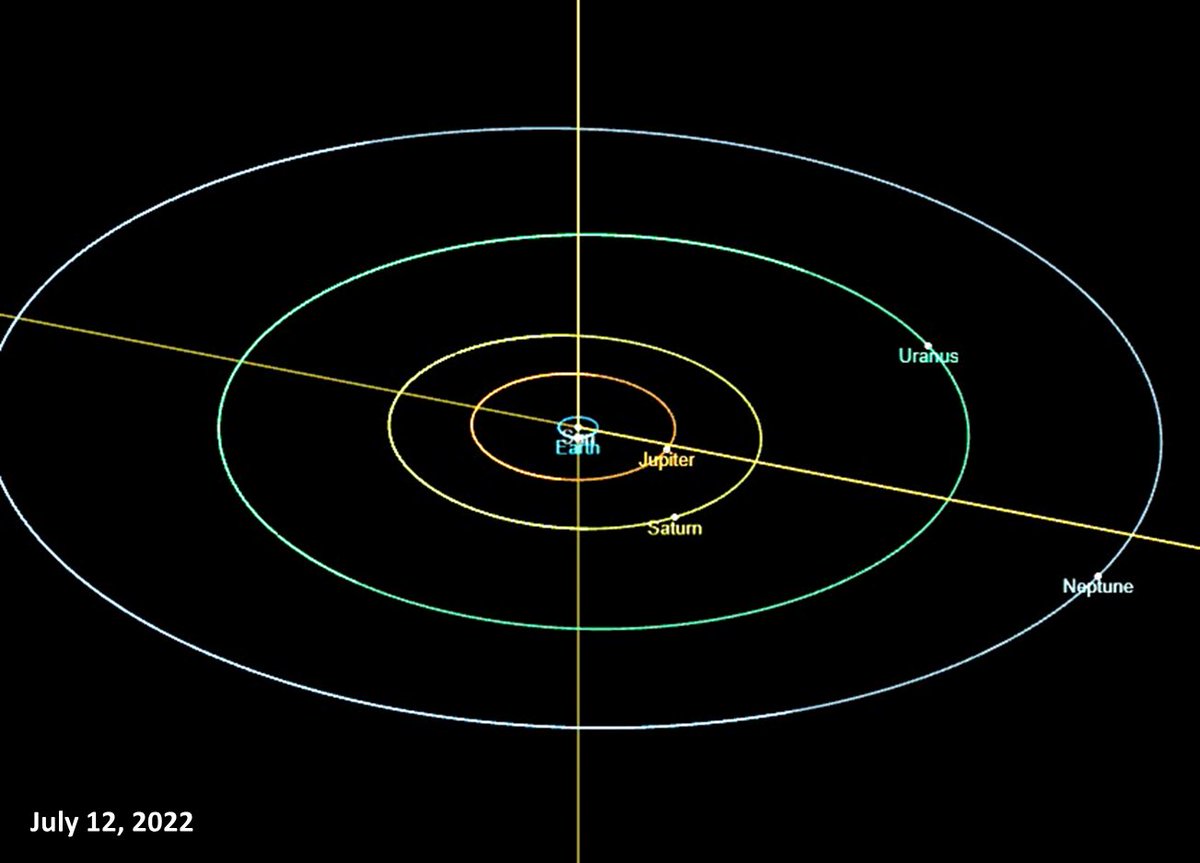 Voyager 2 also took up-close images of Neptune's moons, such as Proteus below. Proteus is only about 400 km across. Even a telescope like JWST cannot take such hi-res images from such great distances. Proteus has an angular size as seen from earth of 0.0000053° or 0.019". 11/ 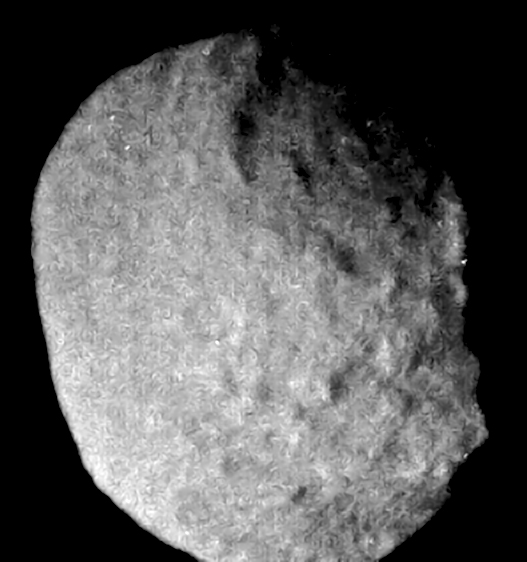