Trump lost. The 11th circuit granted the DOJ's stay for the 100 documents marked classified. (This is not a good day for Trump) Here's the decision: politico.com/f/?id=00000183… Let's read it together

(If you want to catch up, see this blog post: terikanefield.com/judgecannon/) 1/

Judge Cannon and the Future of Democracy - Teri Kanefield

The panel emphasizes that this is a narrow decision, but to prevail, the DOJ had to show a likelihood of prevailing on the merits in the full appeal. (screenshot #2) You can tell a lot by how a court recites the facts. They mention the movers !! (screenshot #1) 2/ 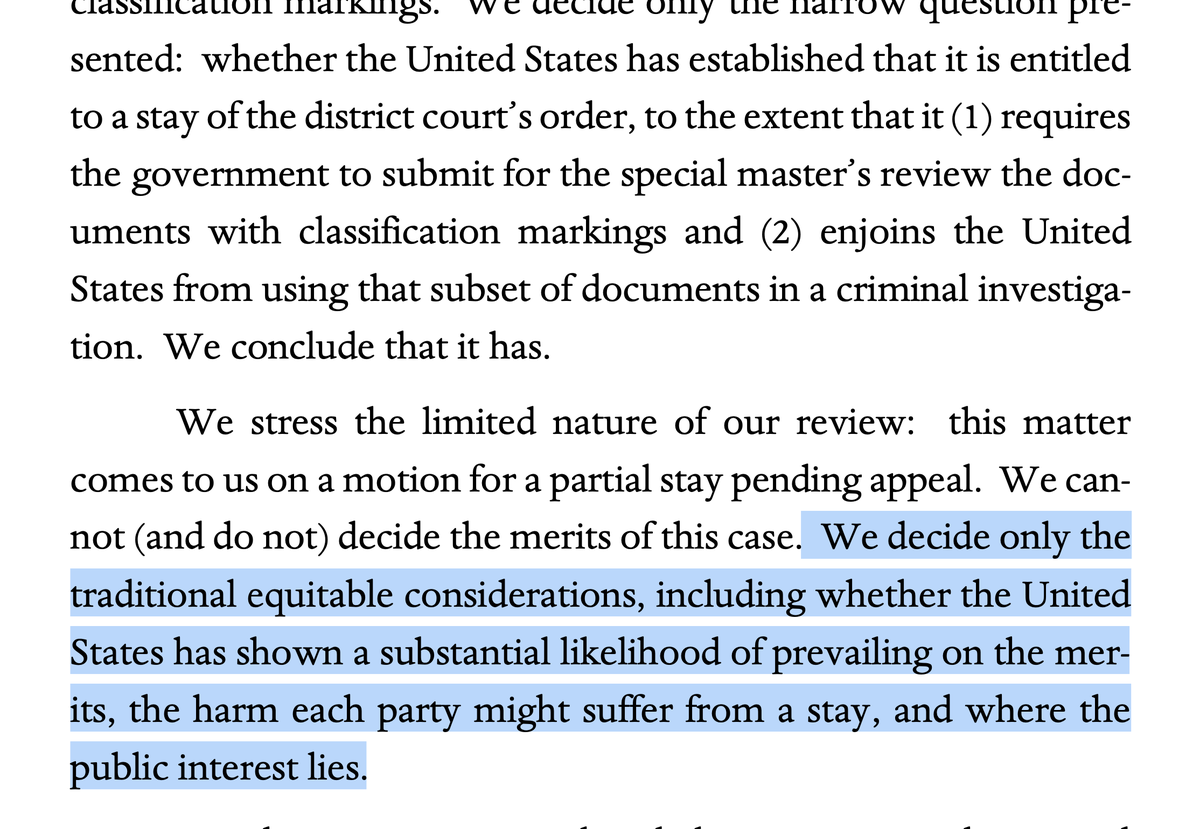 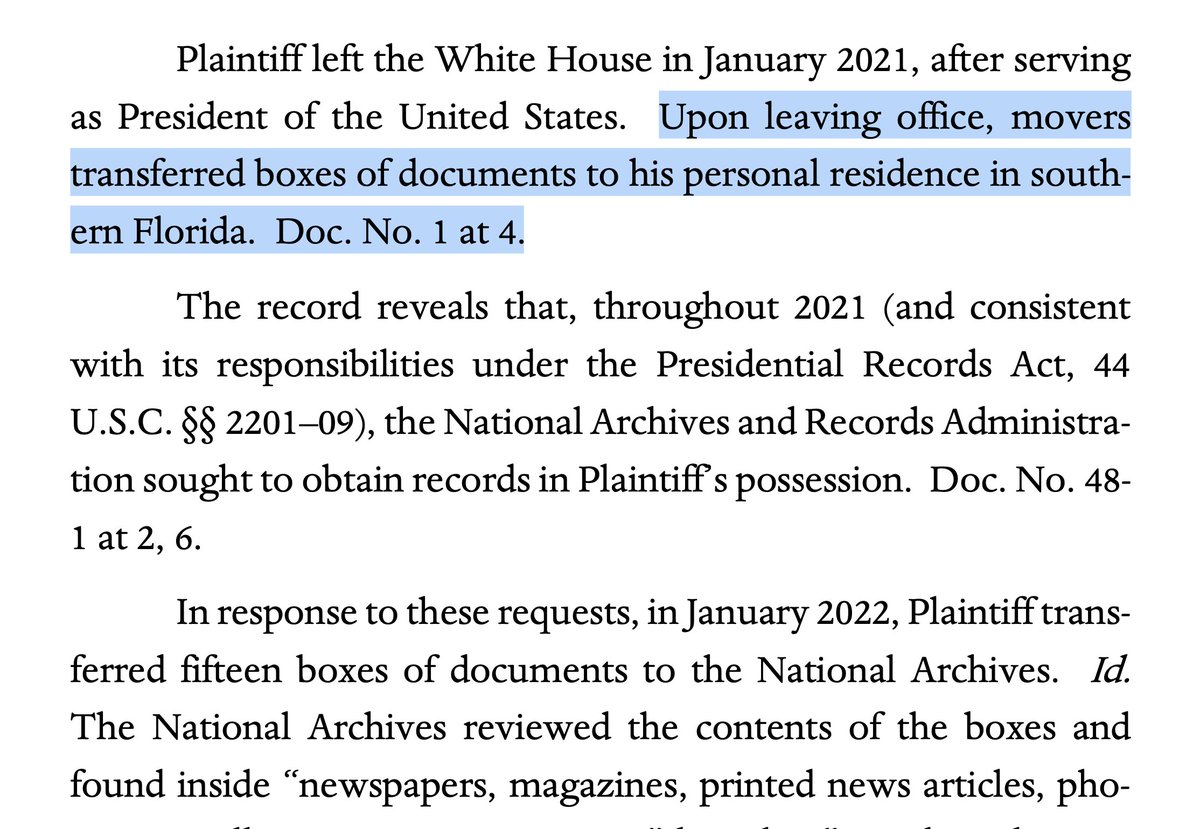 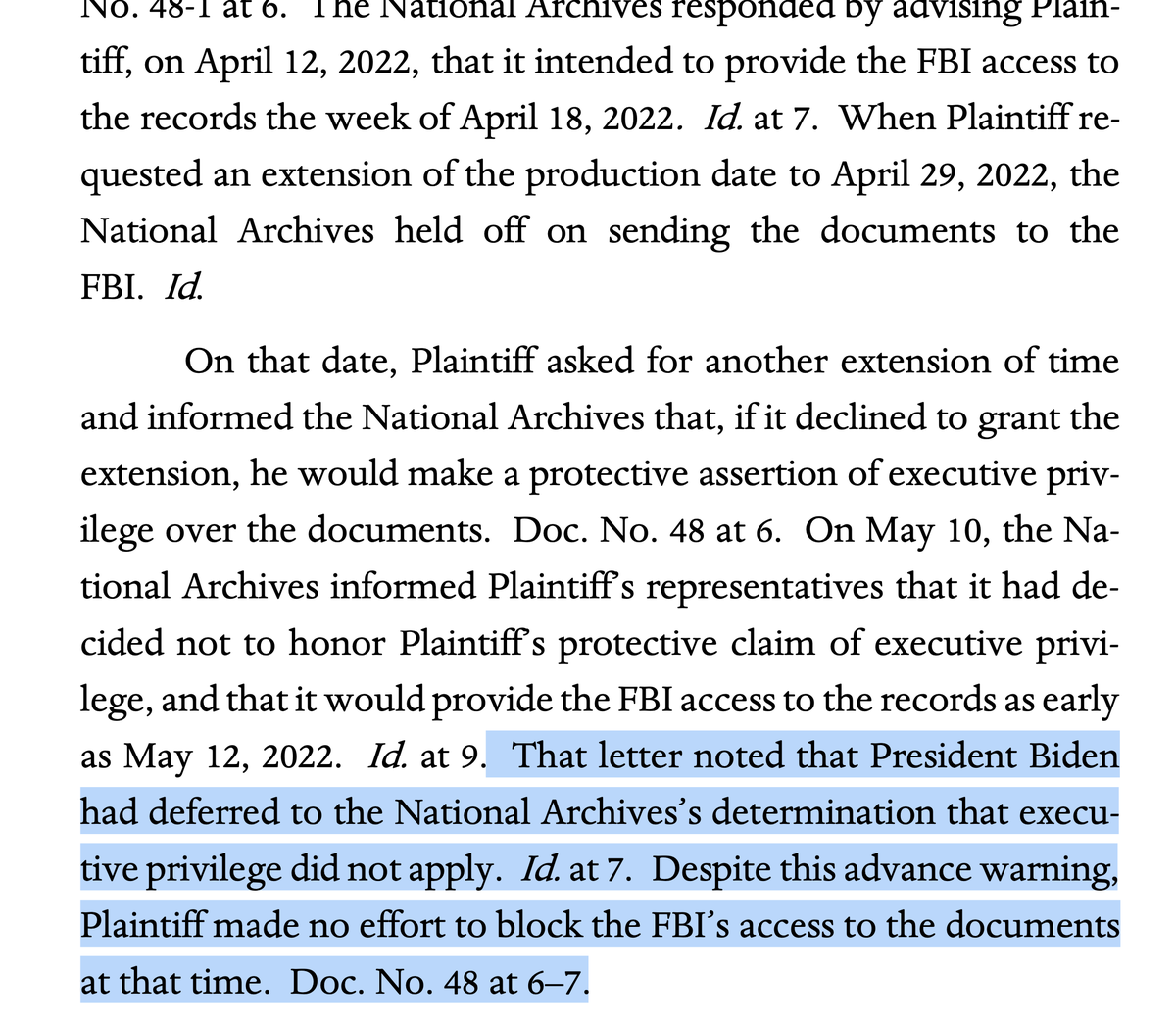 For Judge Cannon, this is like getting a D in law school. I won't go through all the facts again, but the court notes that after the grand jury subpoena, Trump's lawyer signed an affidavit that a "diligent search was conducted" . . . 4/ twitter.com/rob_gordon1/st…

. . . handed over some documents, and said that was it, all responsive documents had been returned. Trump made no claims of privilege at the time. He said, "I don't have anything else." Then the search turned up classified documents. 5/ 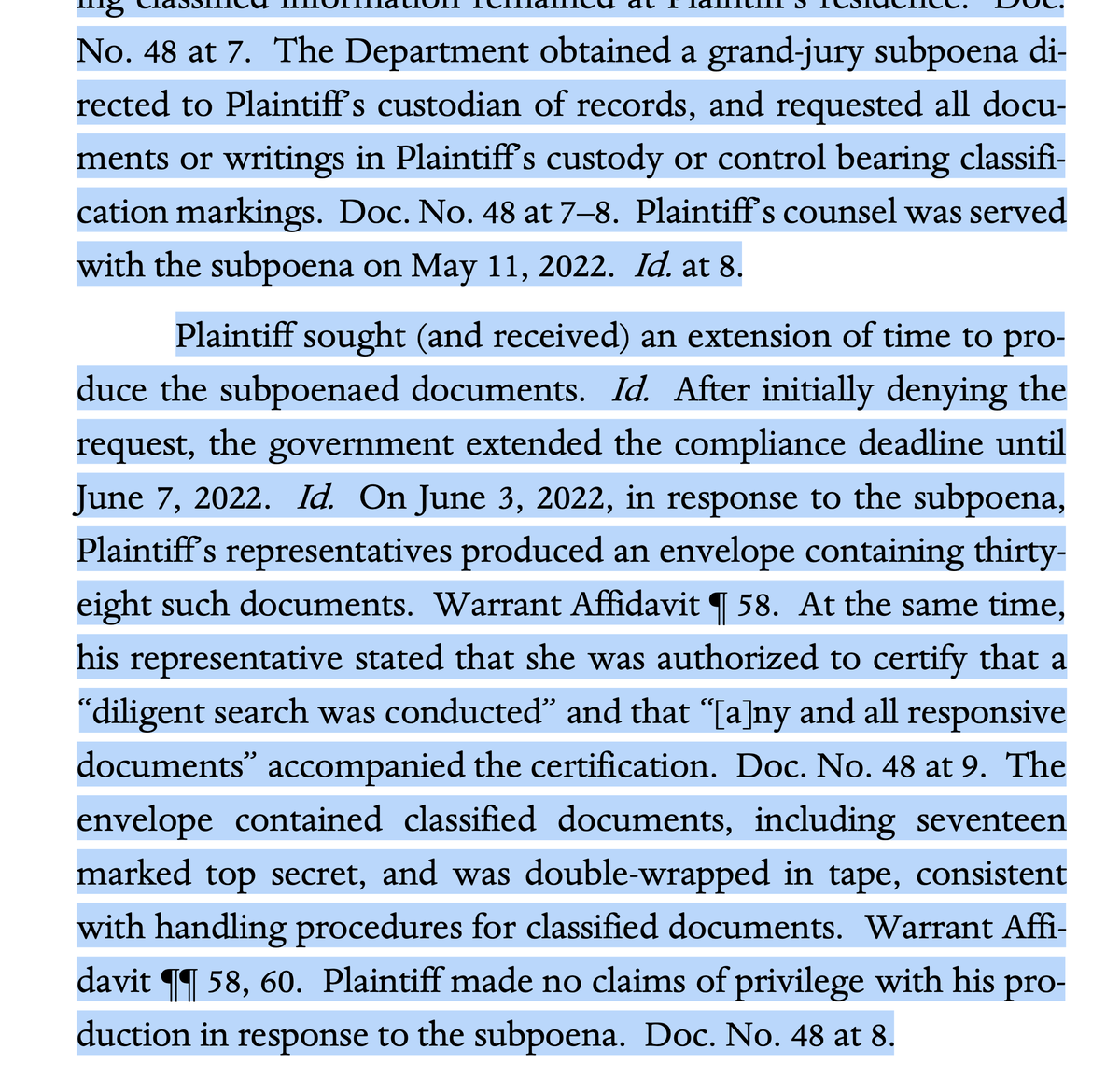 Fun fact: In each of his court filings in this case, Trump refers to himself as "President Trump." The DOJ called him "the Plaintiff." The court is calling him "the plaintiff." Ouch. The decision then marches throrugh the procedural history. 6/

The court notes that Trump is not following the normal procedures but he is carving out special procedures. (Basically, Trump said "This isn't a rule 41 return of property motion but I want the special master to return my property.") This is not a good sign for Trump. 7/ 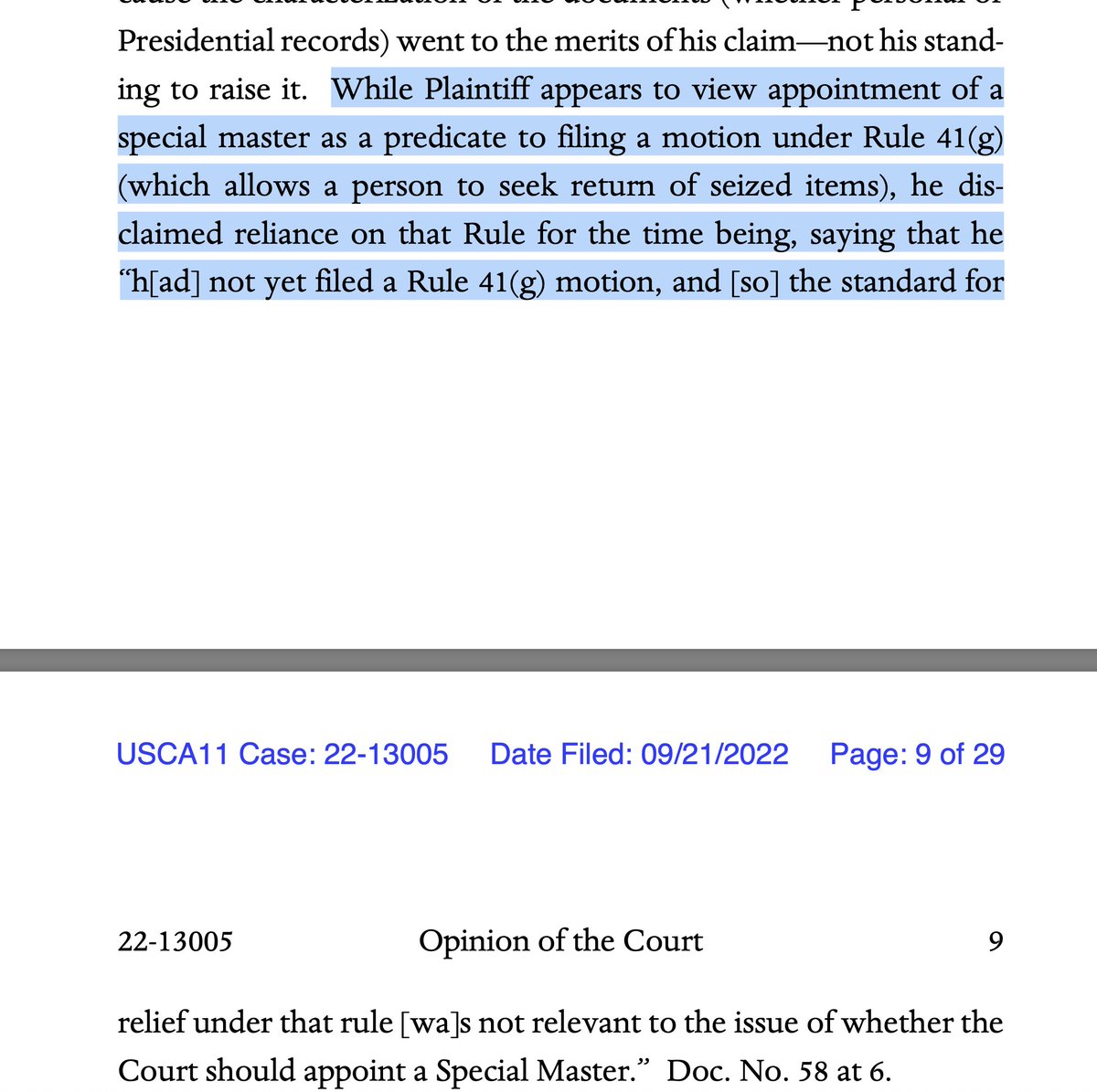 Haven't I been telling you all that Trump generally loses in court, where facts matter? Here they point out how Cannon did some twists to accommodate Trump (#1) And that her ruling appointing a special master rests on flimsy grounds . . . 8/ 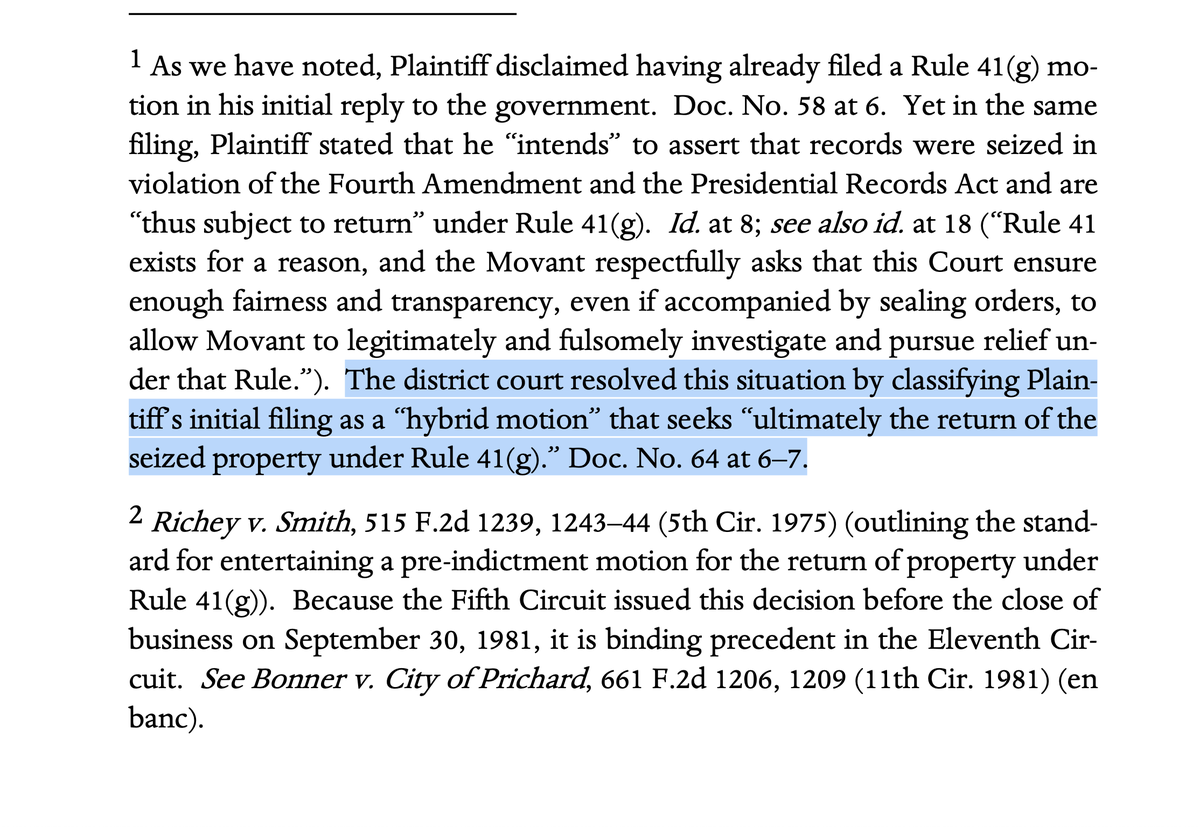 . . . for example, "a special master might be perceived to be more impartial than the Privilege Review Team." As to privilege, he "might be able to assert" . . . Flimsy! (Also you can see that the court disagrees.) 9/ 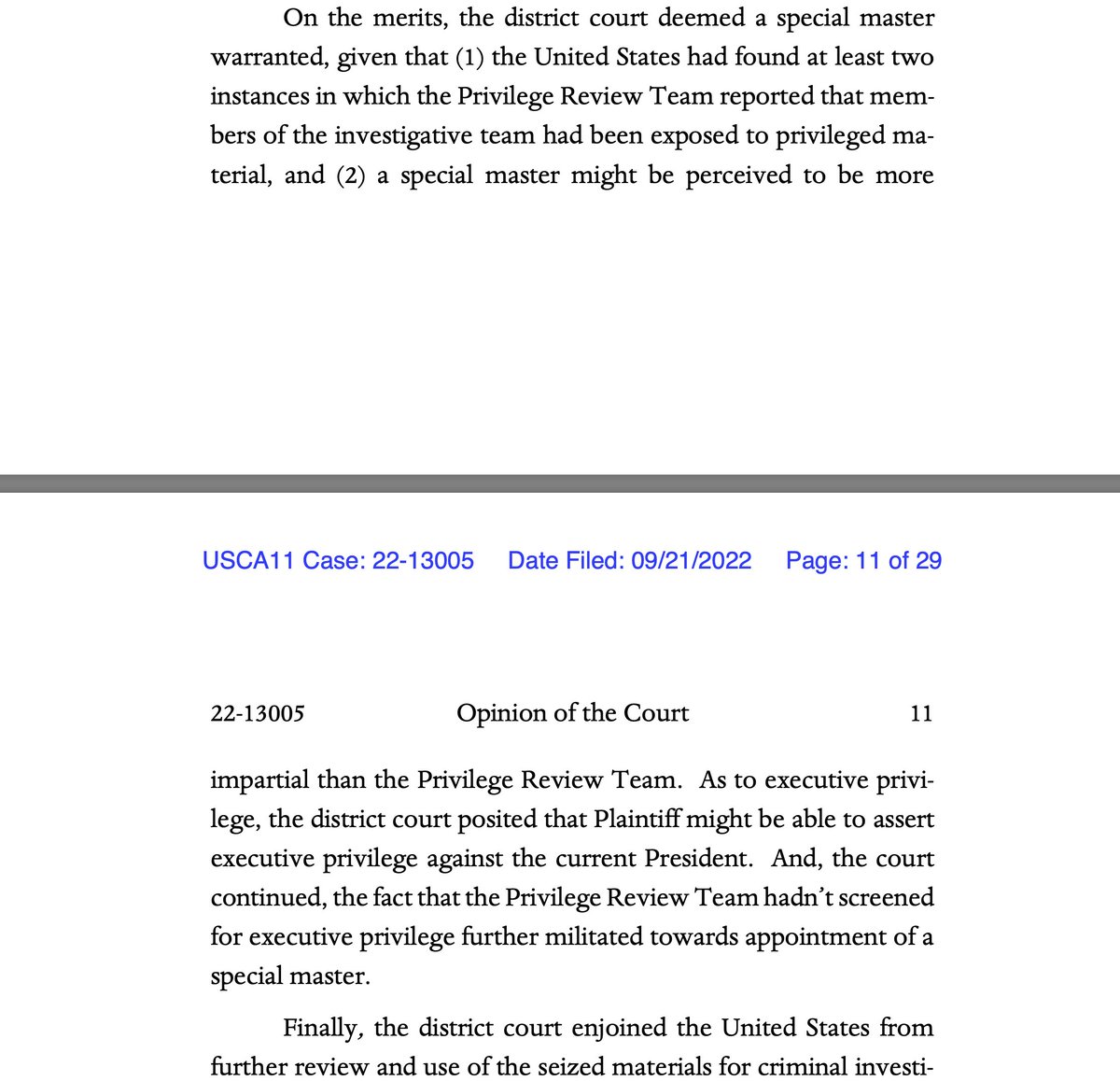 Now they're criticizing Cannon's decision not to grant the temporary stay: She appointed the special master because "some" of the seized material may be personal, but never explained how classified documents can be personal. 10/ 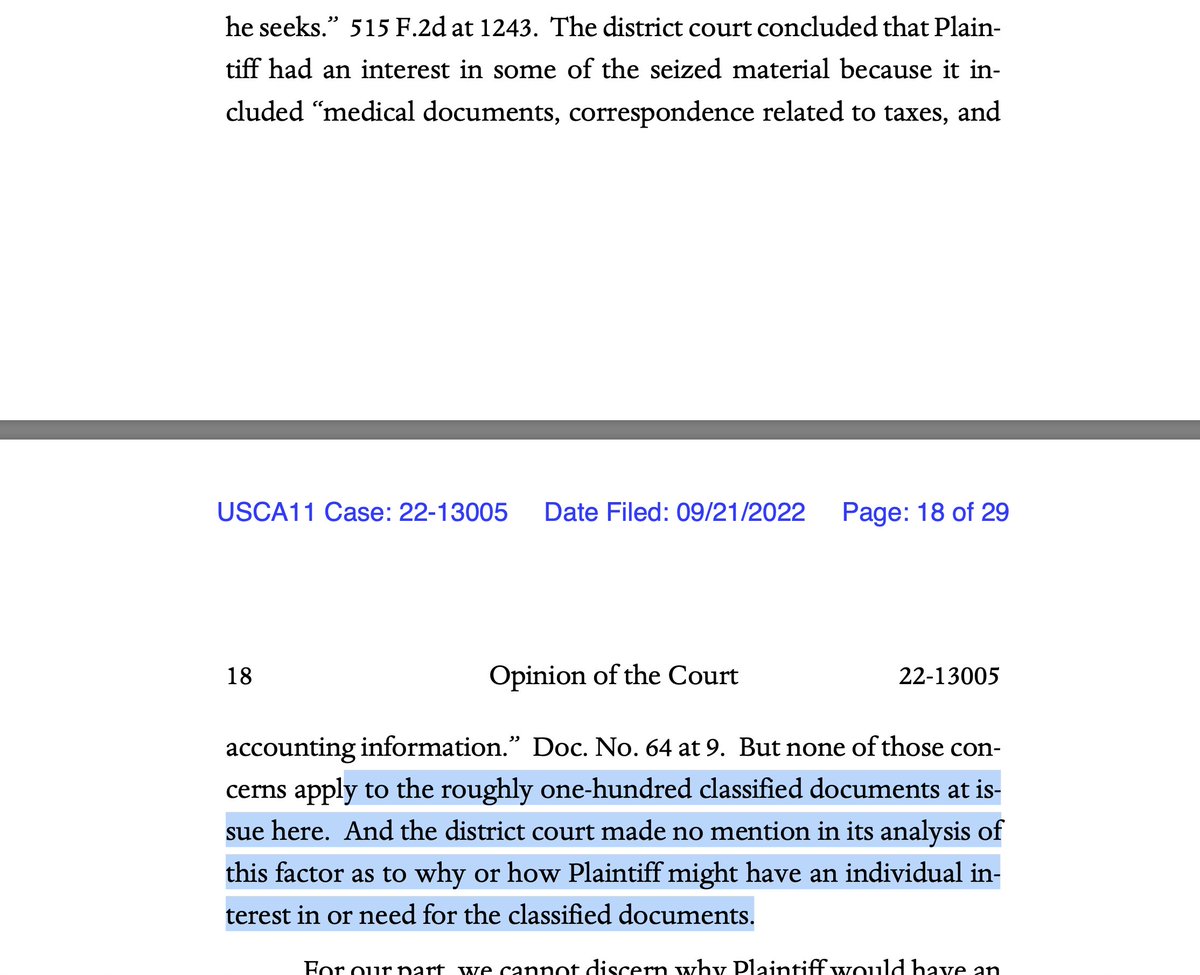 Trump's lawyers made a convoluted argument that the appellate court didn't have jurisdiction. The court dismissed that in a footnote. (#1) This is harsh (#2) The court "cannot discern why Plaintiff would have" an interest in docs marked classified. 10/ 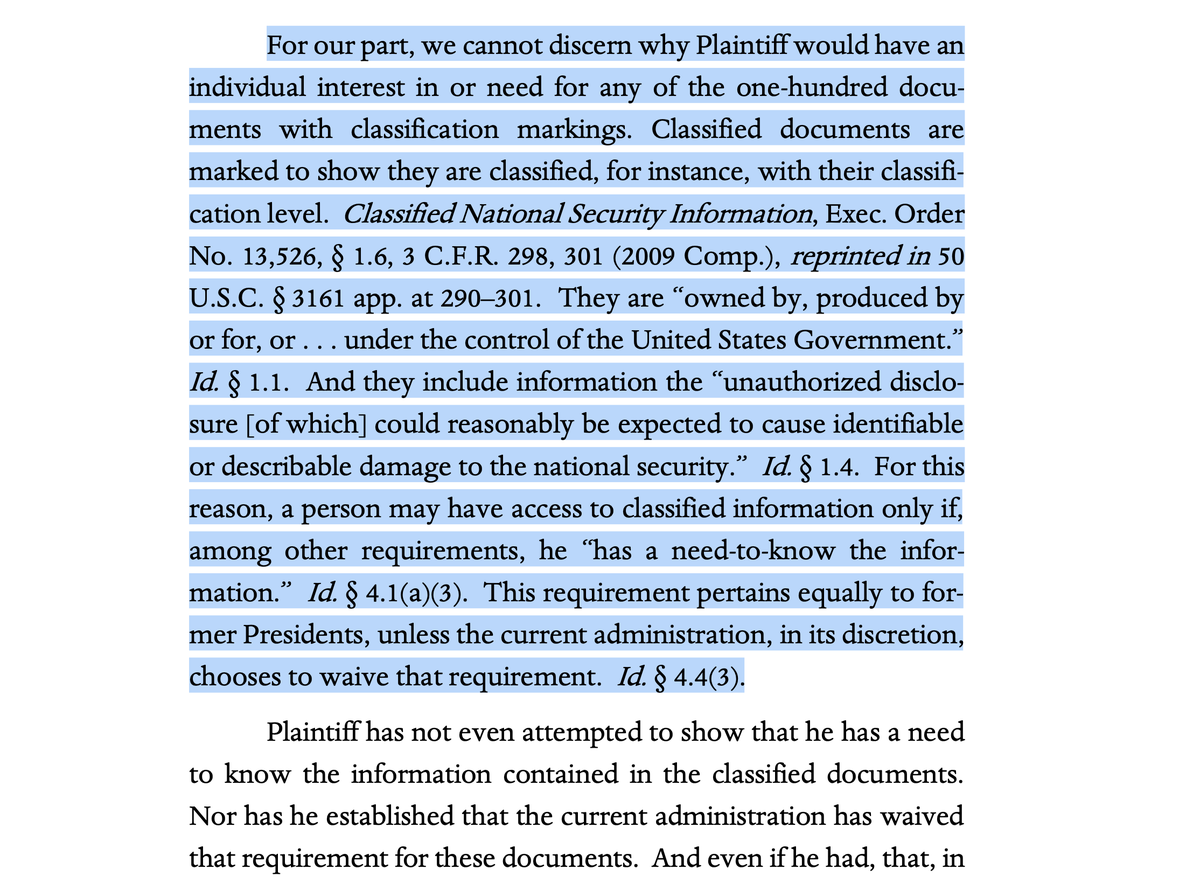 Former appellate defender. Book prizes include the Jane Addams Book Award. My analysis has appeared in The Washington Post, NBC & others. https://t.co/McPMPQercN