NEW REPEATProject.org analysis out on the importance of electricity transmission expansion to unlock the full emissions reduction potential (& health benefits) of the #InflationReductionAct: repeatproject.org/docs/REPEAT_IR… Read on to learn why 100s of millions of tons are at stake. 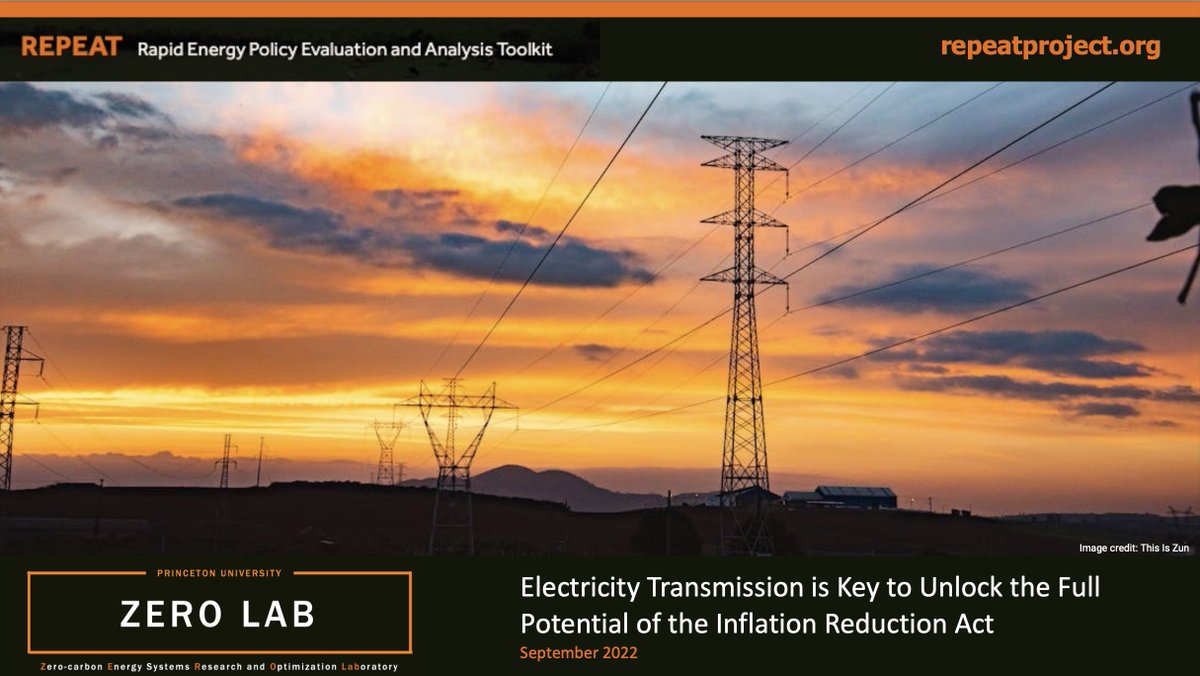 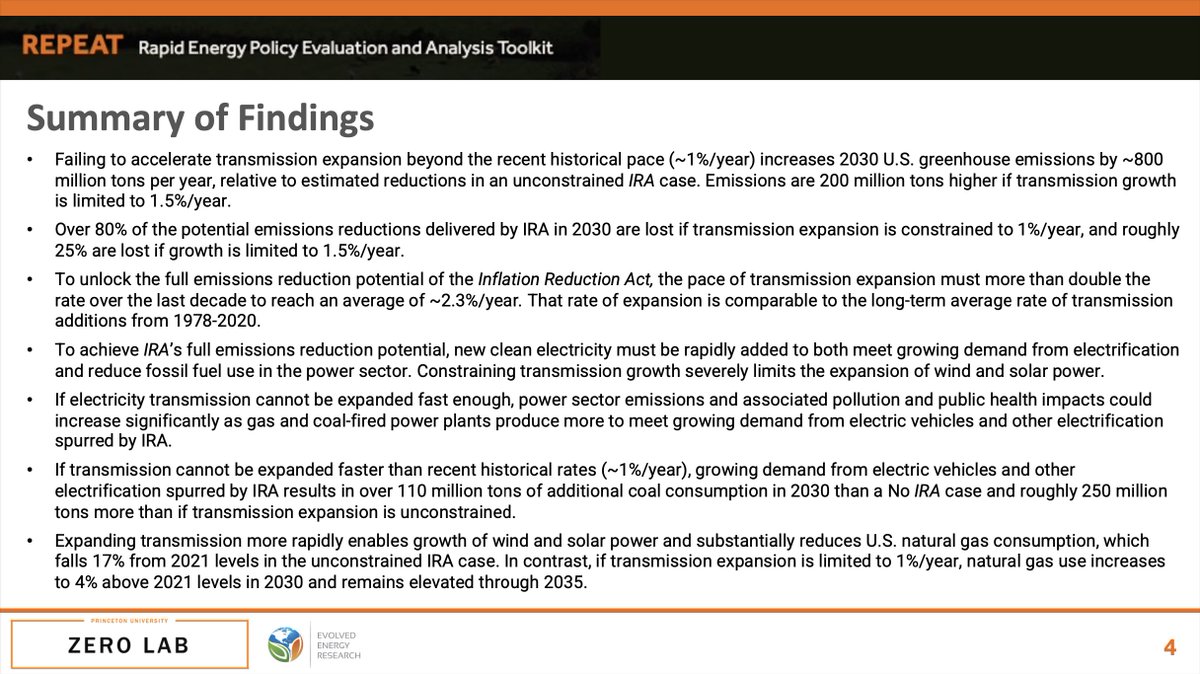 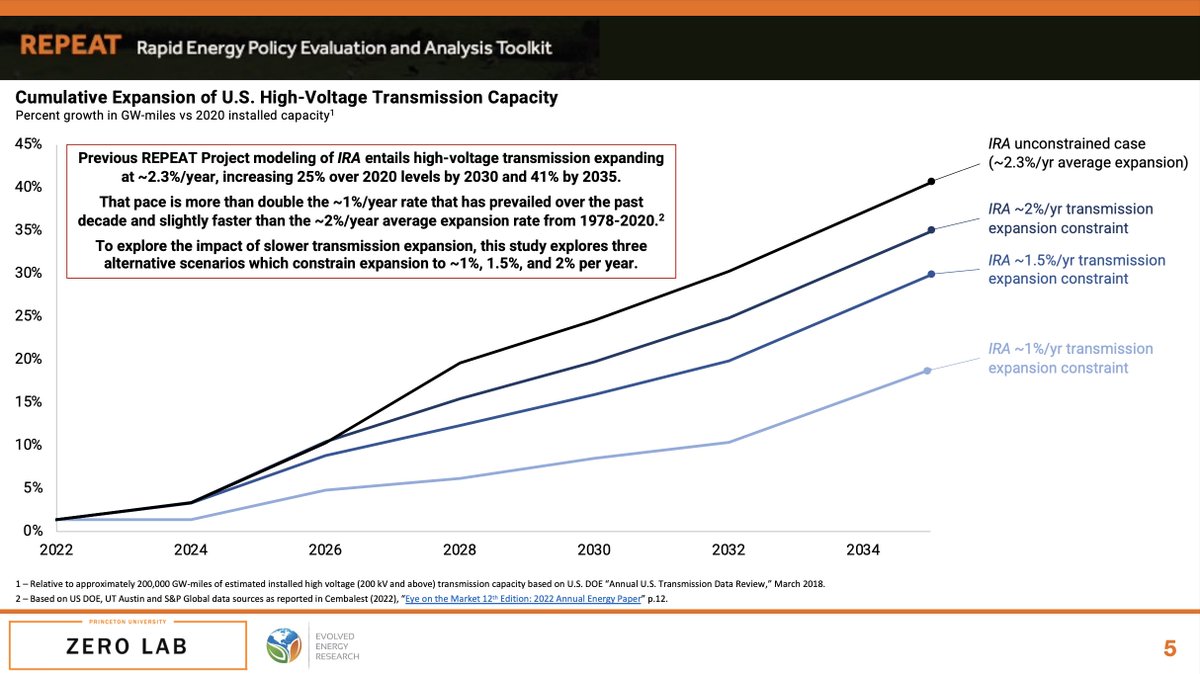 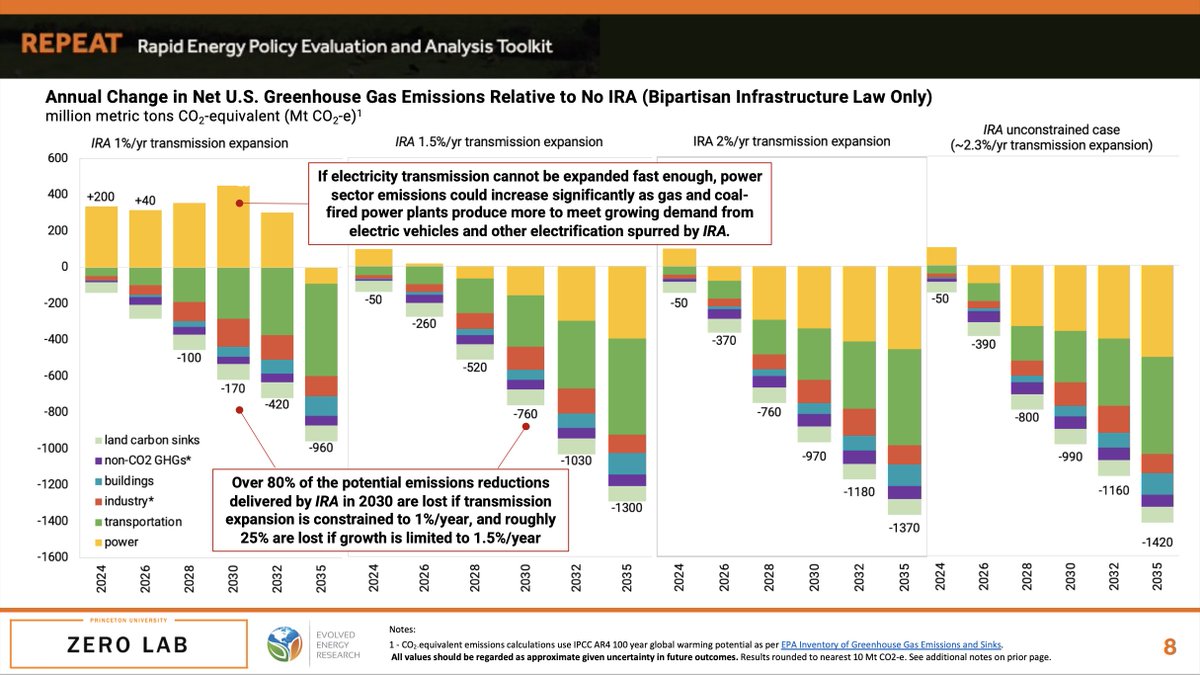 First, this report does NOT model the impacts of the proposed 'permitting reform' bill being debated now. We began this work soon after finishing our analysis of IRA (repeatproject.org/docs/REPEAT_IR…) because expanding clean electricity is THE linchpin driving emissions cuts under IRA. 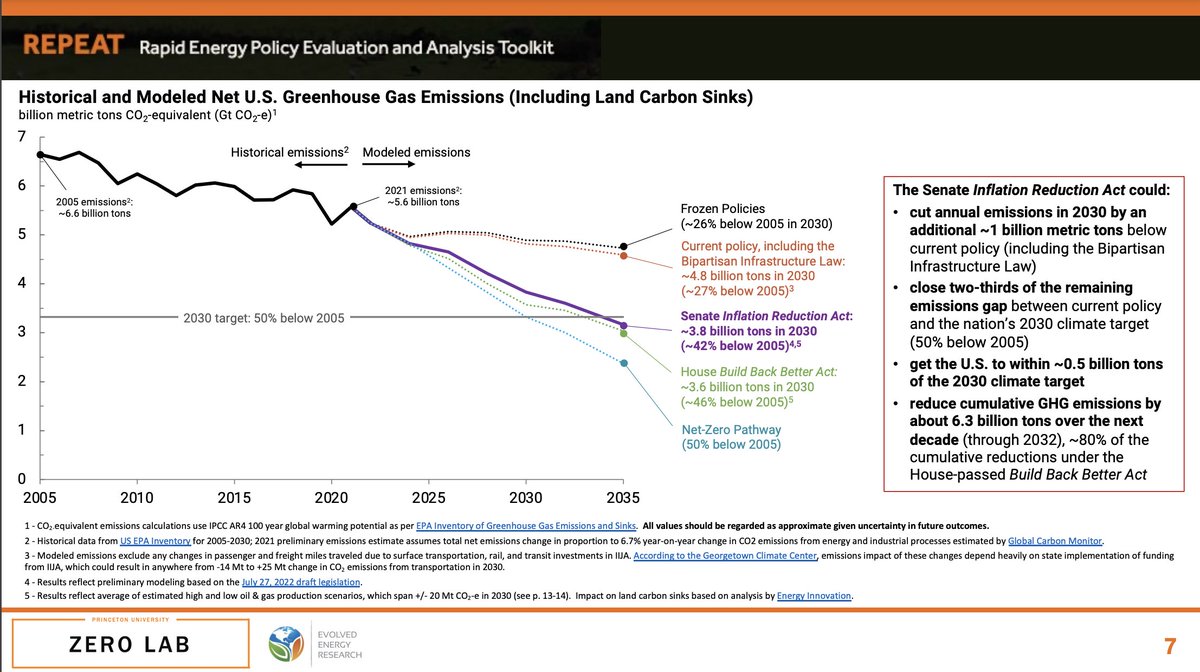 BUT, that outcome depends on more than doubling the historical pace of electricity transmission expansion over the last decade in order to interconnect new renewable resources at sufficient pace and meet growing demand from electric vehicles, heat pumps, & other electrification. 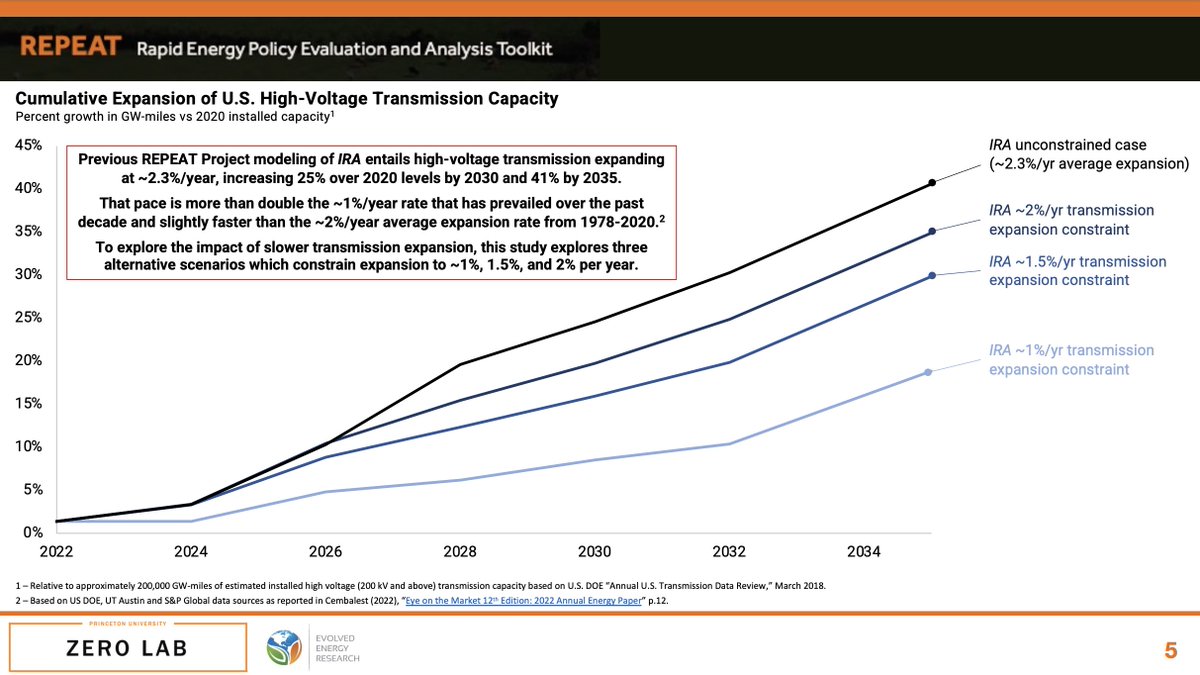 To meet growing demand for electricity, which we estimate could rise by ~24% by 2030 & ~43% by 2035, AND drive down power sector emissions and coal & gas use, we are going to need a bigger grid. Our original IRA analysis envisions 2.3%/year avg expansion of high-voltage capacity. 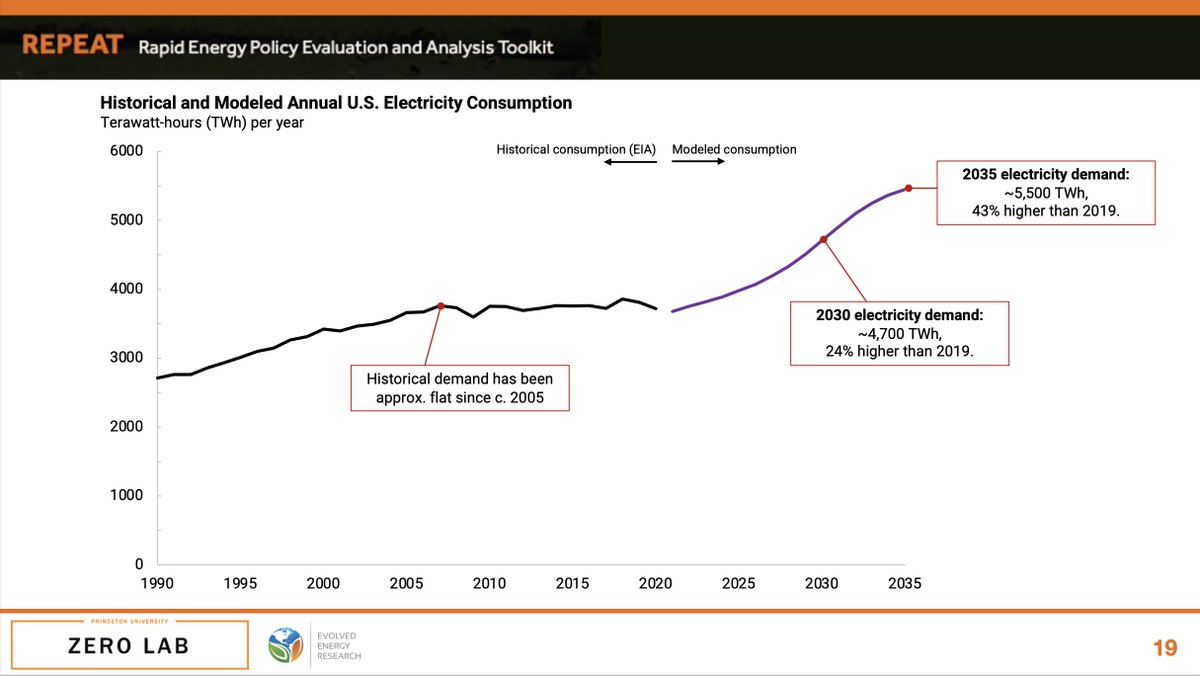 That pace is >2x the ~1%/yr rate over the past decade and slightly faster than the ~2%/year average expansion rate from 1978-2020 (credit Michael Cembalest: assets.jpmprivatebank.com/content/dam/jp…). So this study explores alternative scenarios that constrain transmission to 1%, 1.5% & 2%/yr. 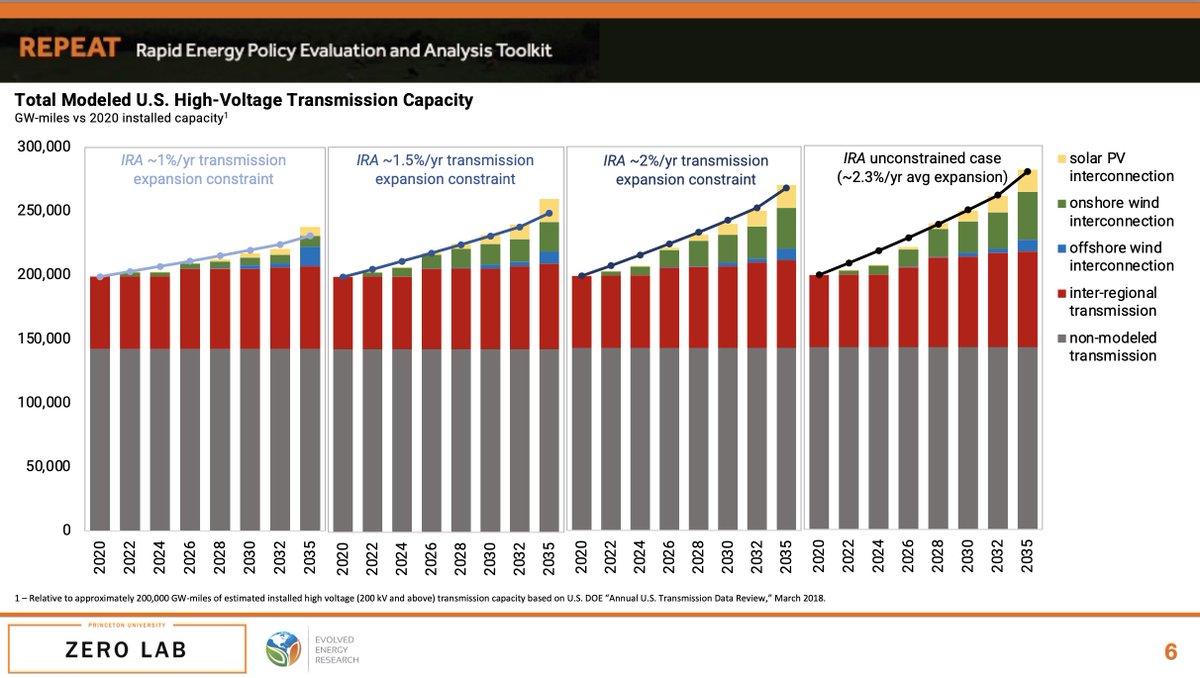 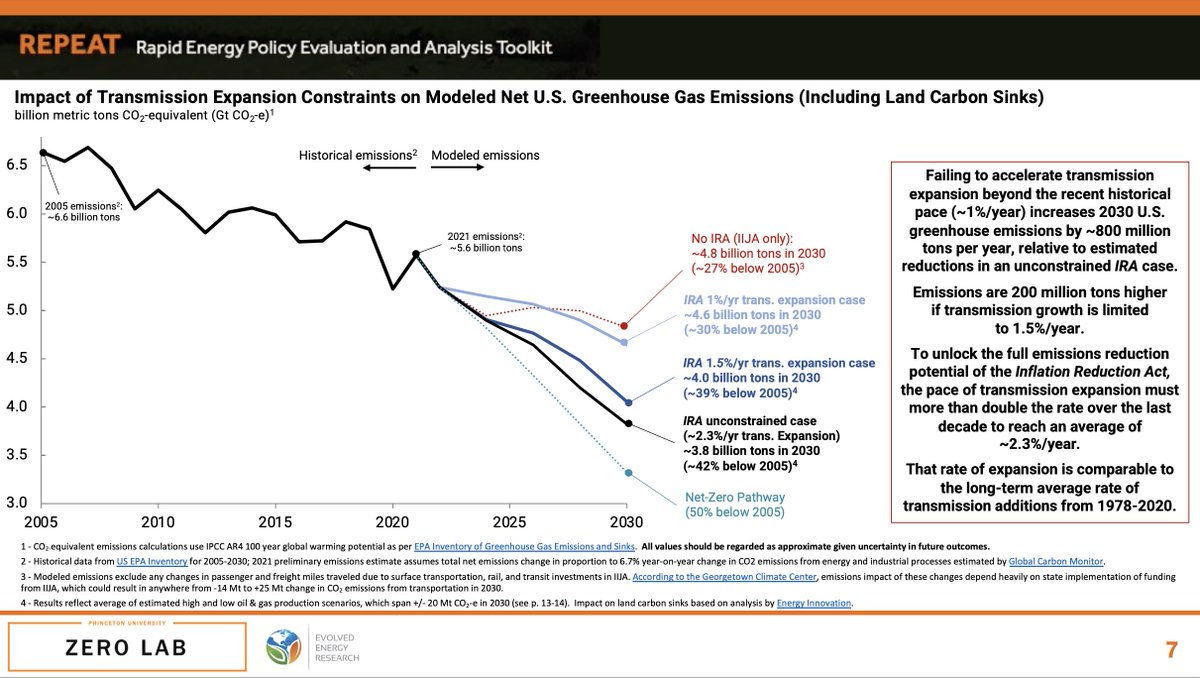 2. Over 80% of the potential emissions reductions delivered by IRA in 2030 are lost if transmission expansion is constrained to 1%/year, and roughly 25% are lost if growth is limited to 1.5%/year. 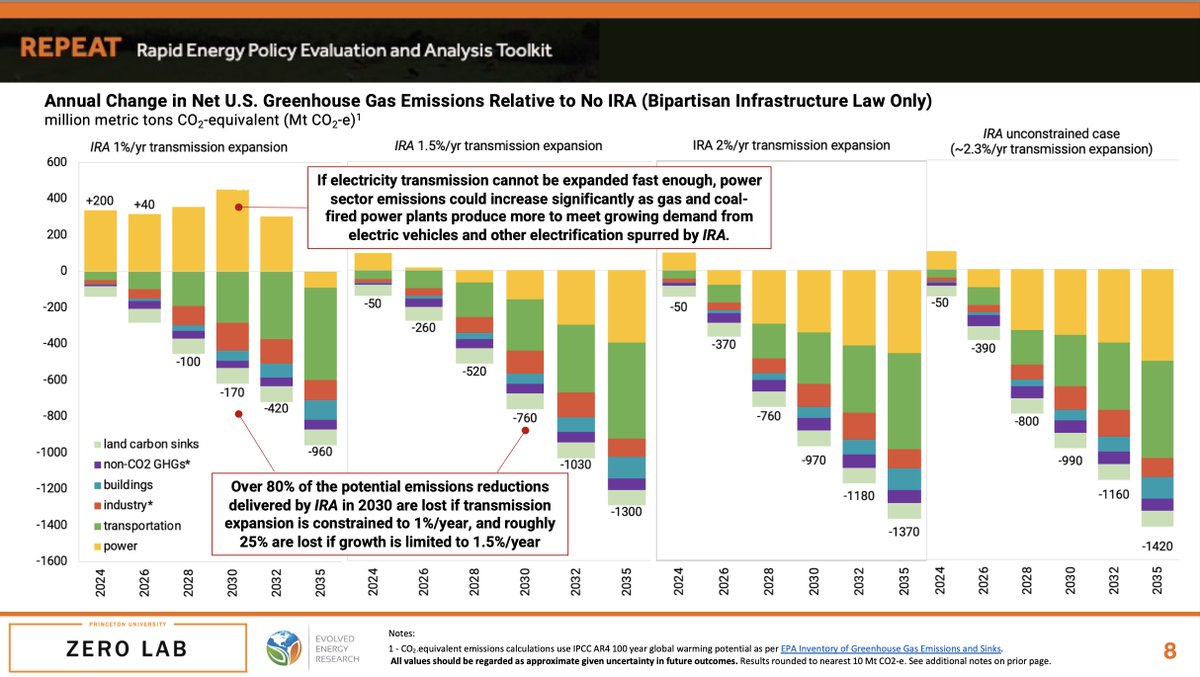 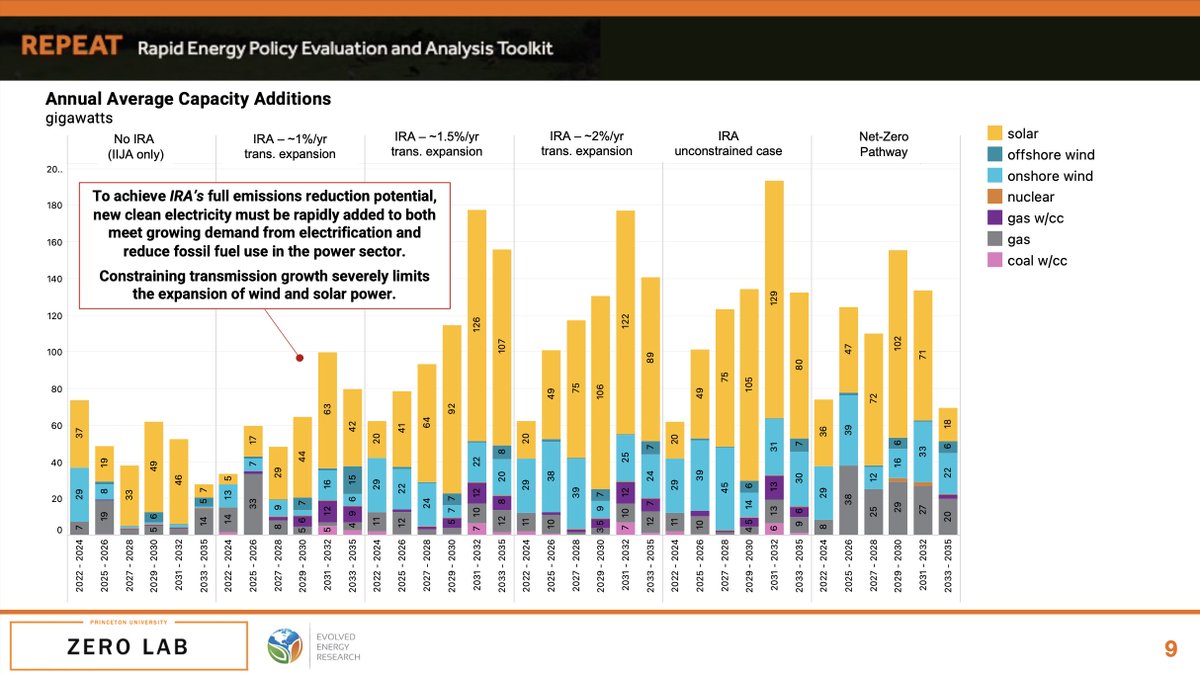 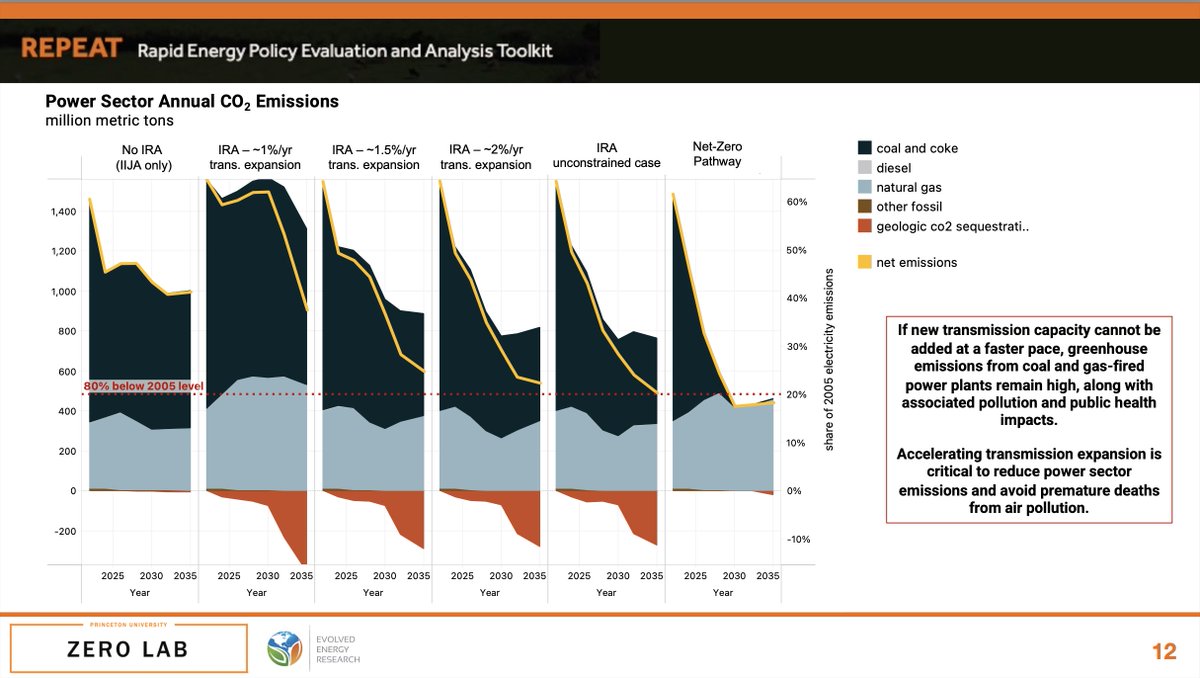 5. If transmission cannot be expanded faster than recent historical rates, growing demand from EVs and electrification drives over 110 million tons of additional coal consumption in 2030 vs No IRA case & roughly 250 Mt more than if transmission expansion is unconstrained. 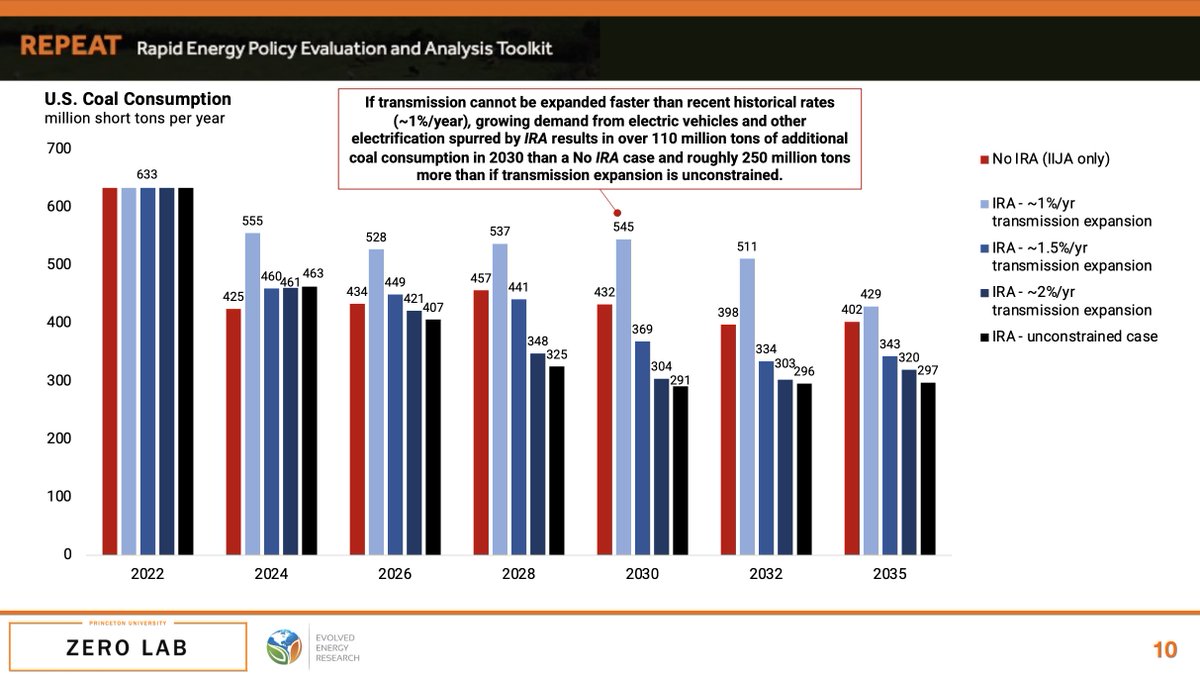 6. Expanding transmission more rapidly enables growth of wind & solar and reduces natural gas consumption 17% vs 2021 levels. In contrast, if transmission expansion is limited to 1%/year, natural gas use increases to 4% above 2021 levels in 2030 and remains elevated through 2035. 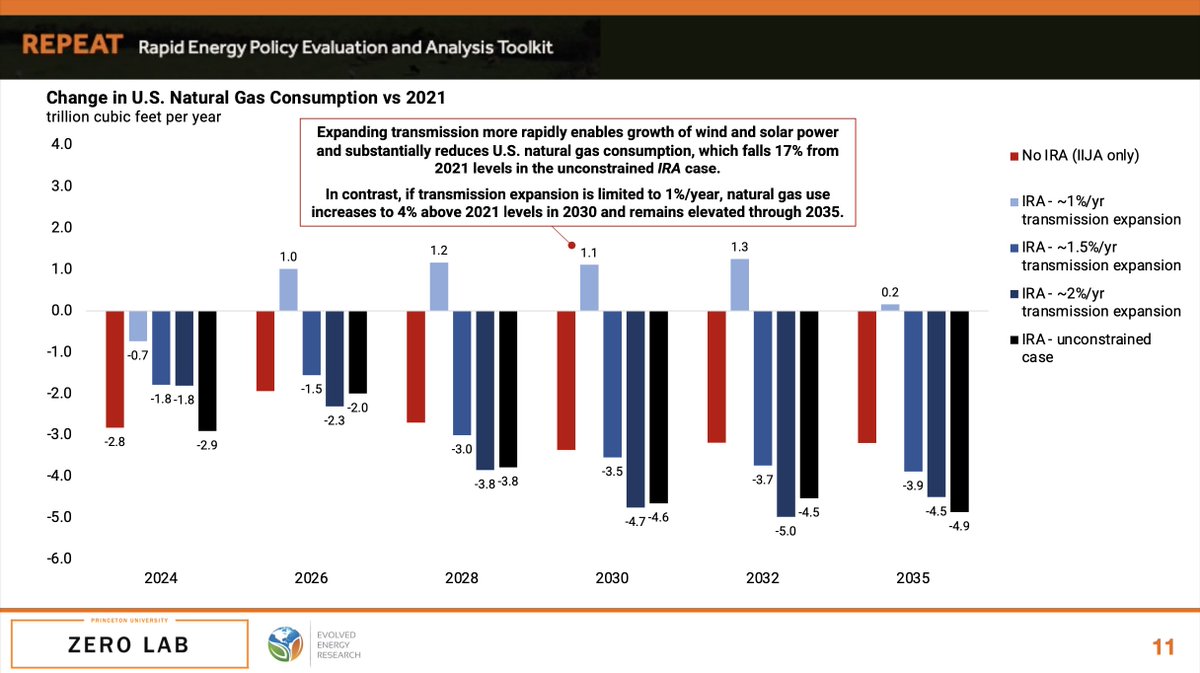 In sum, hundreds of millions of tons per year of greenhouse gas emissions and our ability to drive down coal & natural gas use + associated pollution are contingent on our ability to accelerate the expansion of electricity transmission & deploy renewable electricity at scale.

Today, REPEAT Project released new analysis on the importance of transmission expansion to unlock the full potential of the IRA. The analysis does NOT model the specifics of the current 'permitting reform' bill and provides context on just one aspect of that multifaceted bill.