Ancient #Roman Saepinum - a city built on a plain at the crossroads of 2 tratture (transhumance routes). Founded after a bloody battle in 293 BCE and the Third Samnite War. A walking tour… 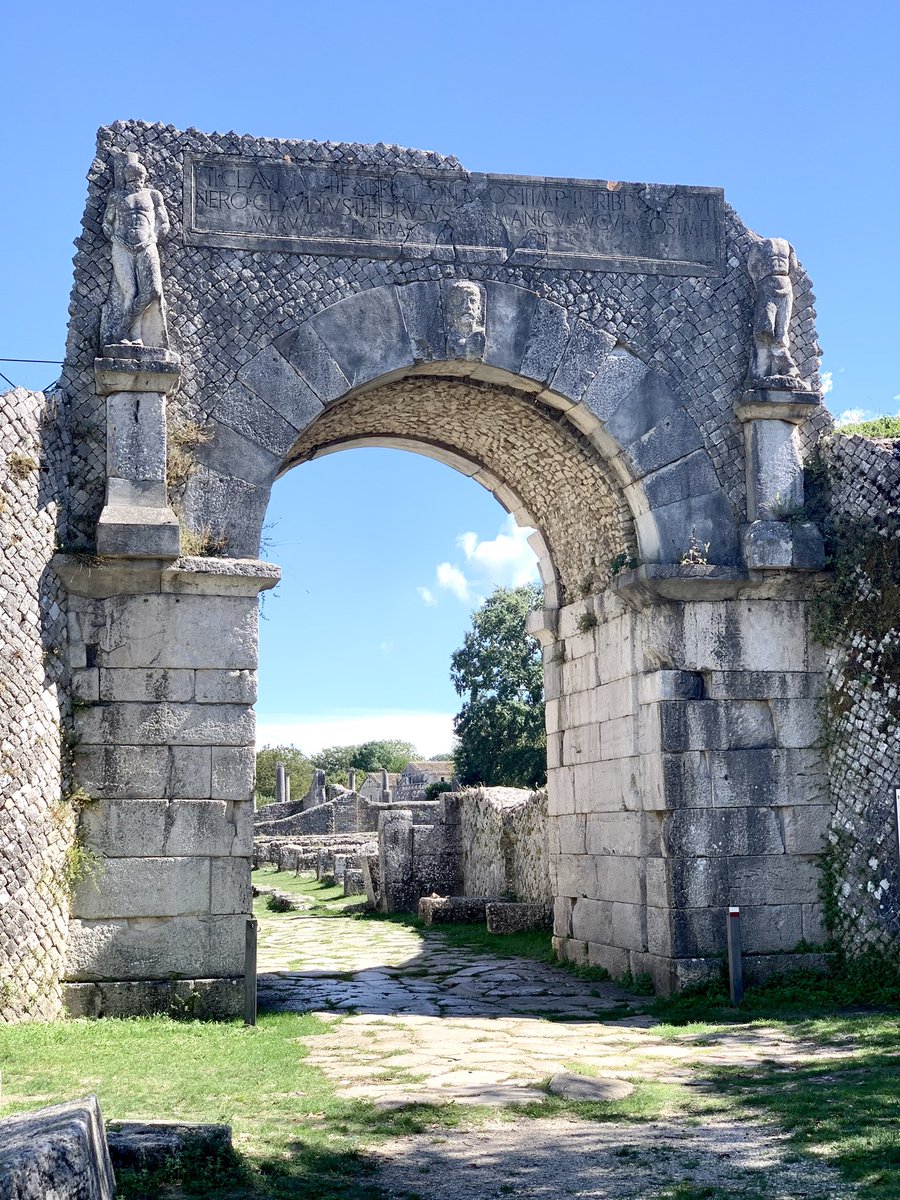 The city flourished in the Augustan age, when walls and monumental gates were built - now in various states of preservation & restoration - enclosing an area of 12 ha. The decumanus (cc. @ray laurence 🇺🇦 ROADS!) is as usual lined with shops & houses as you enter the city. /2 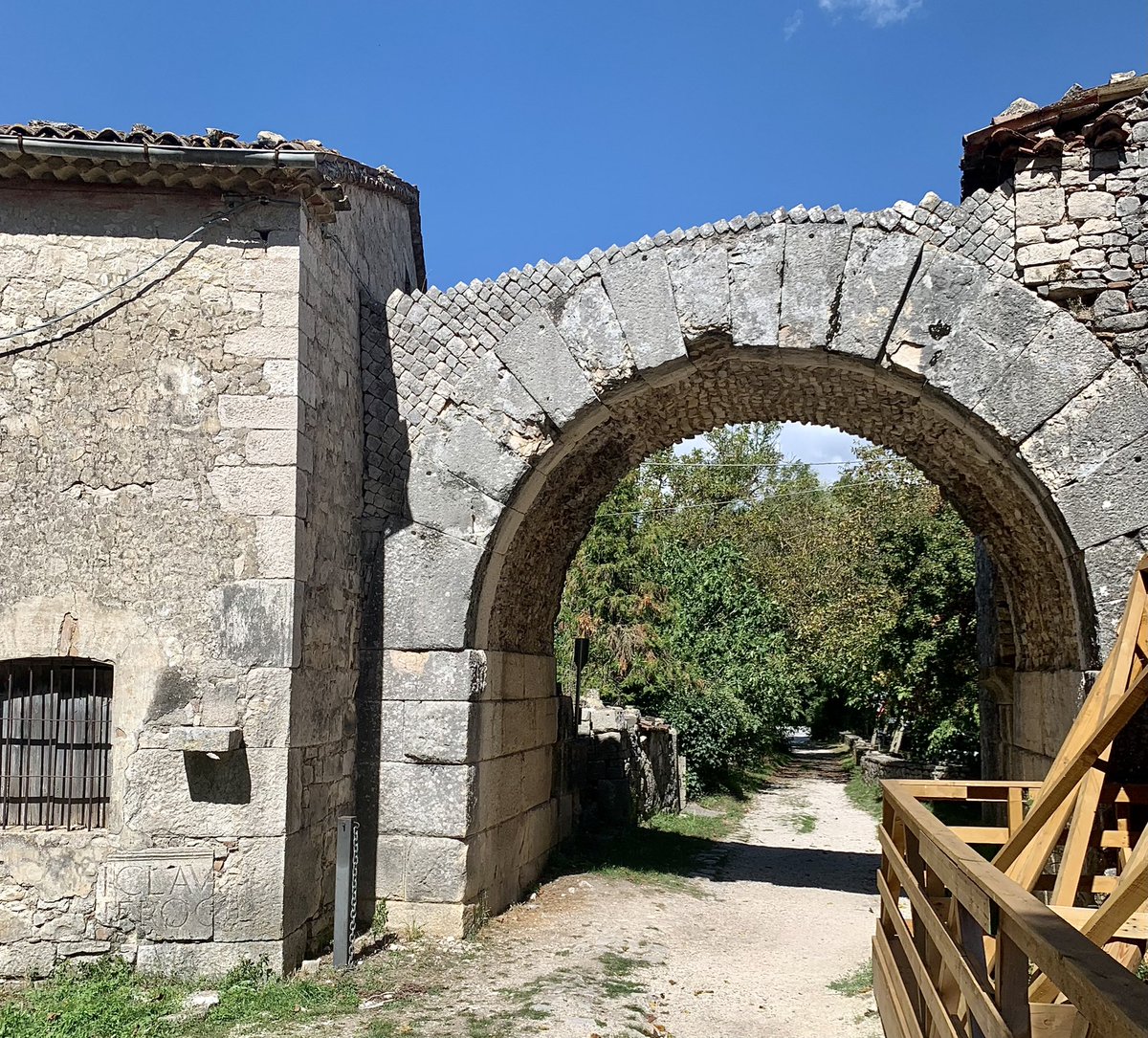 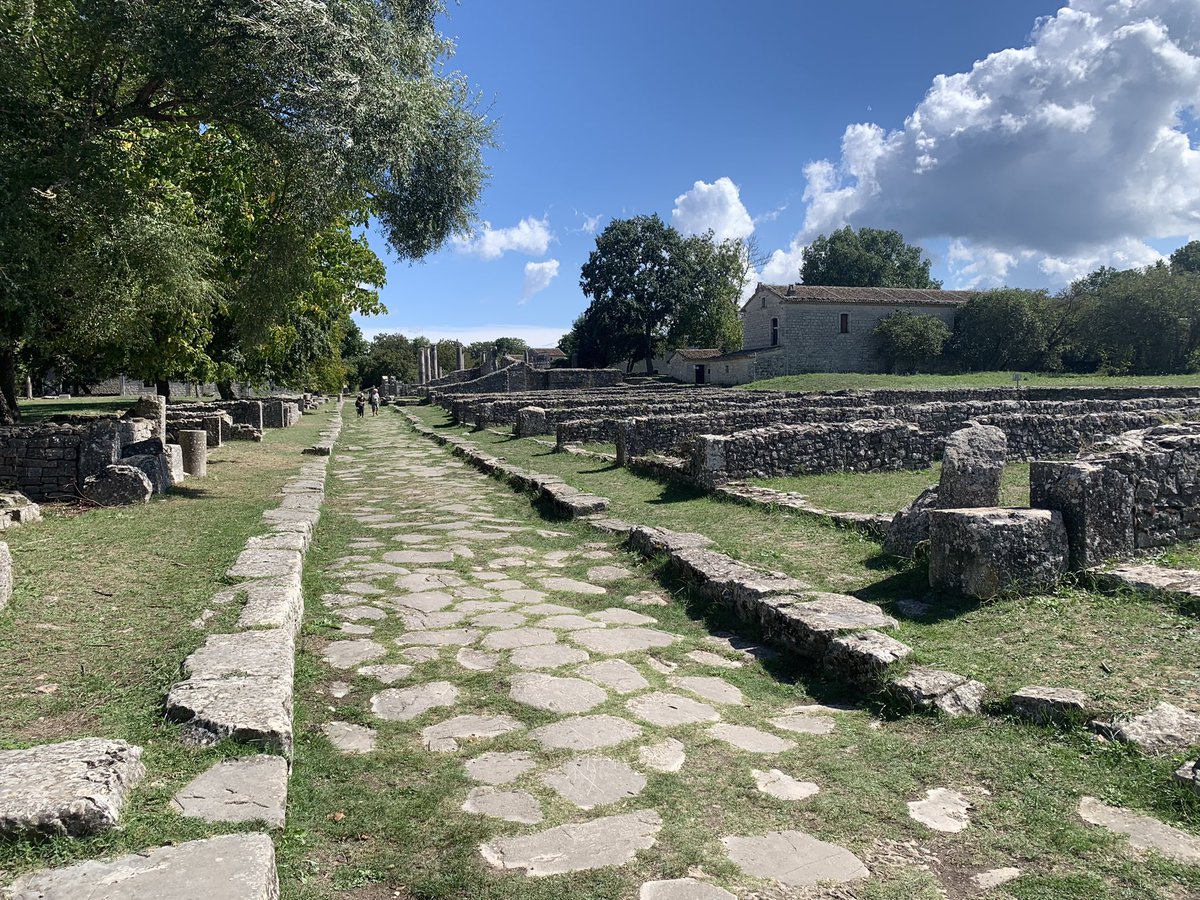 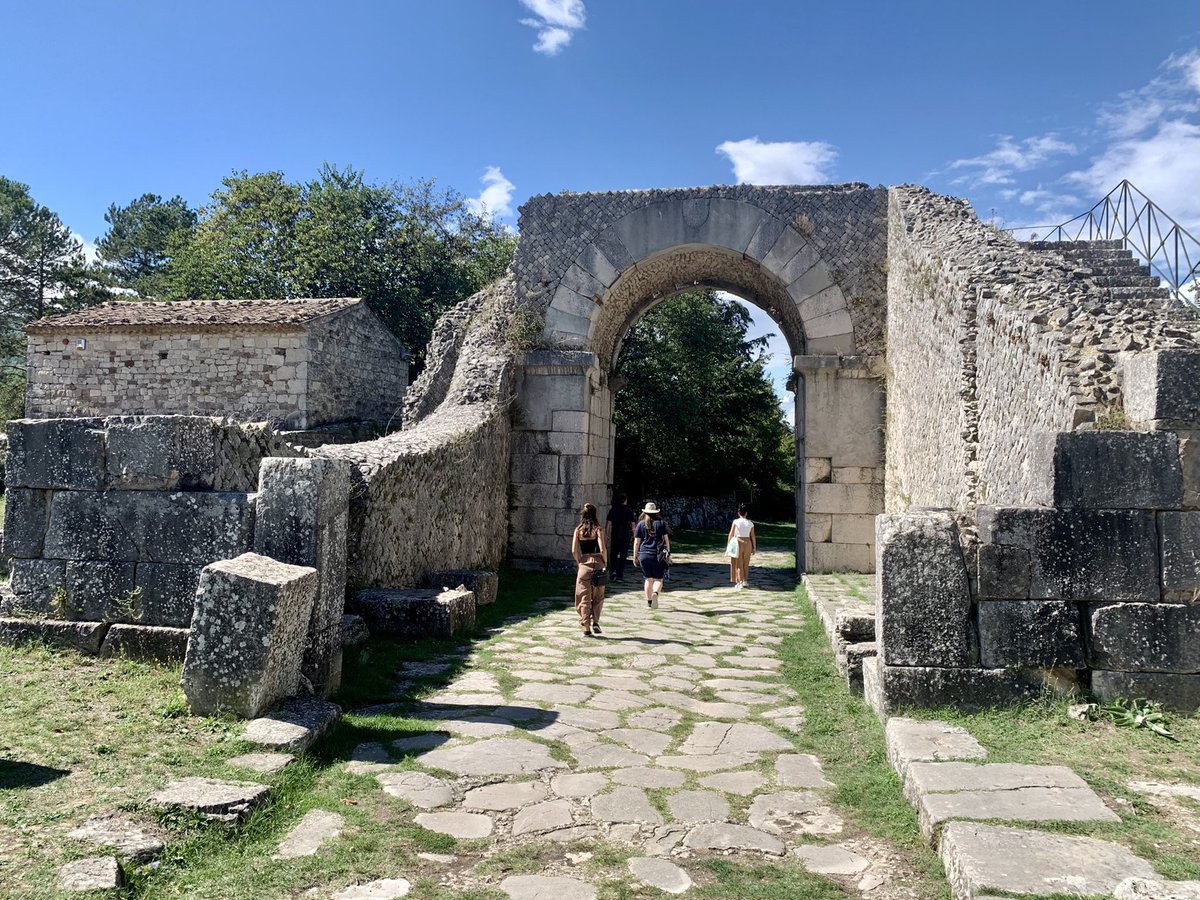 The city walls and round towers are in spectacular opus reticulatum, using grey limestone and originally to a height of 5m. (#wallporn in the first tweet for @Dr Sophie Hay but also here with nature) /4 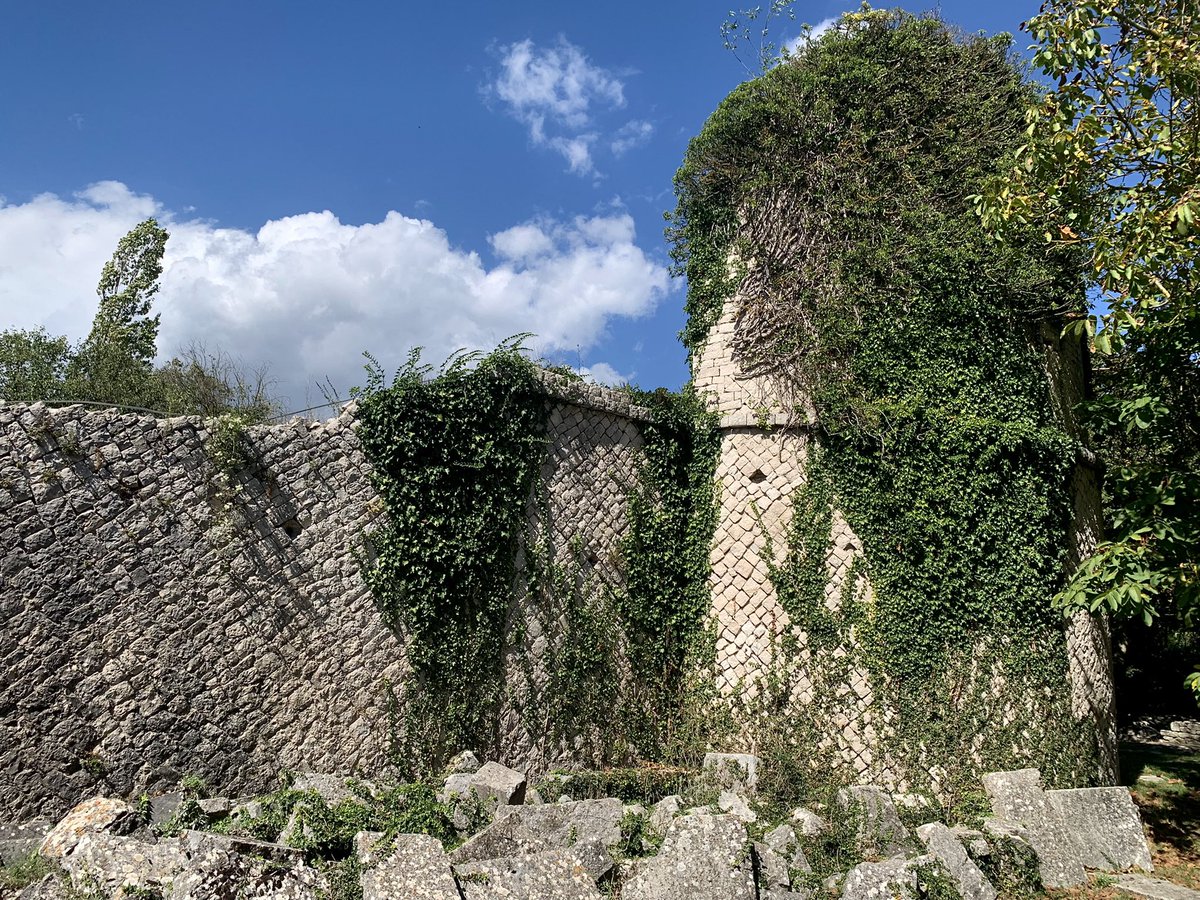 The 3000 seat theatre is beautifully surrounded by 18th c. farmhouses, w/ 2 tetrapyla for audiences to access the main cavea. Remarkably, it has a central emergency exit, which spews audiences directly out of the theatre, through the adjacent city walls, & into the countryside /5 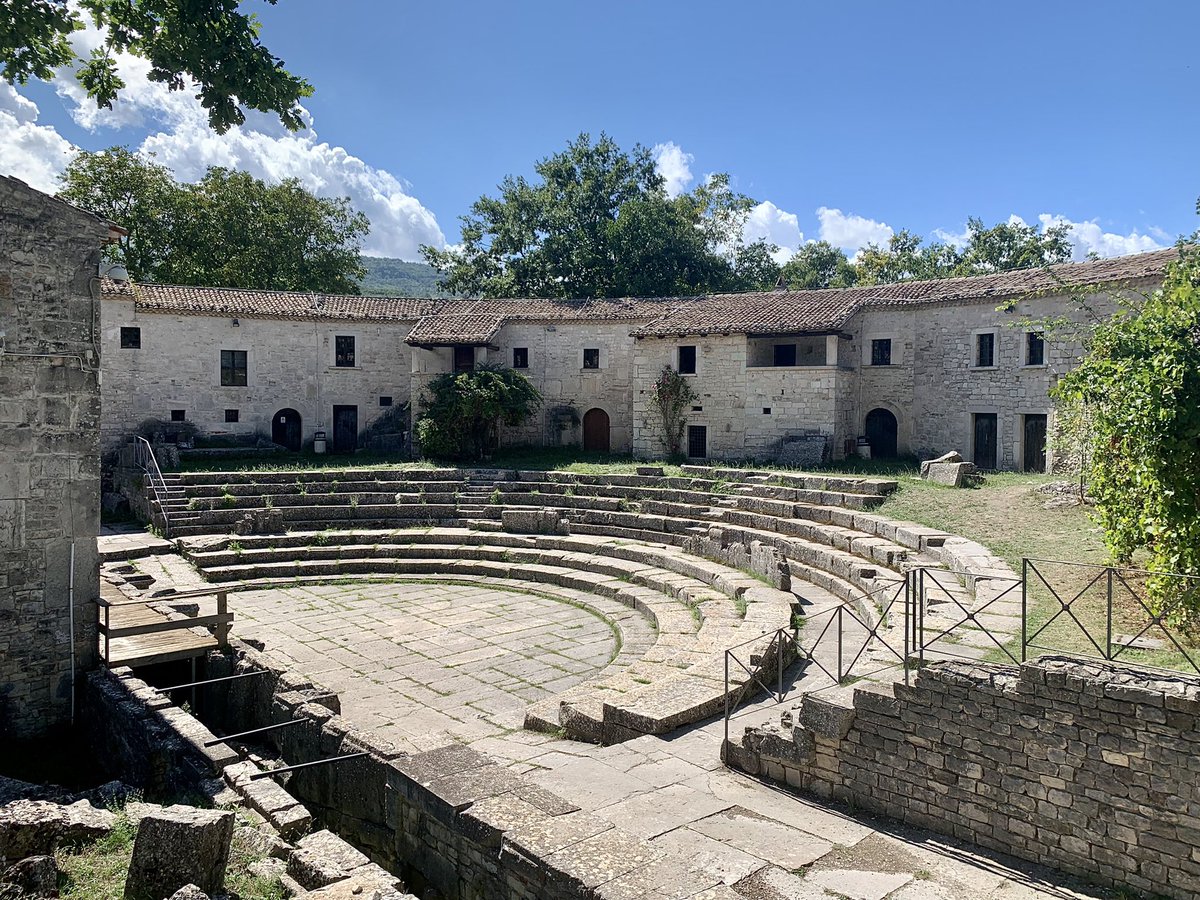 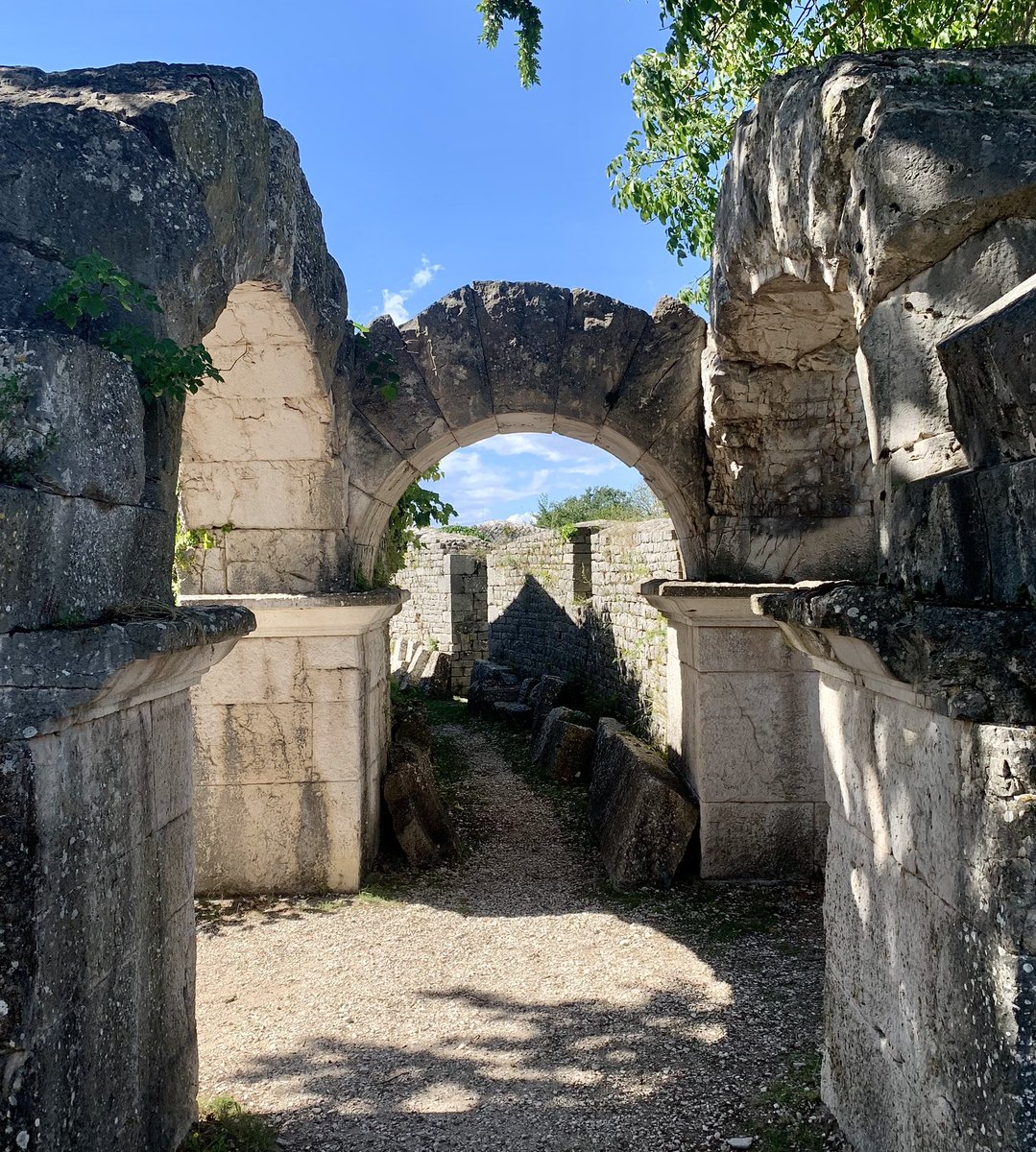 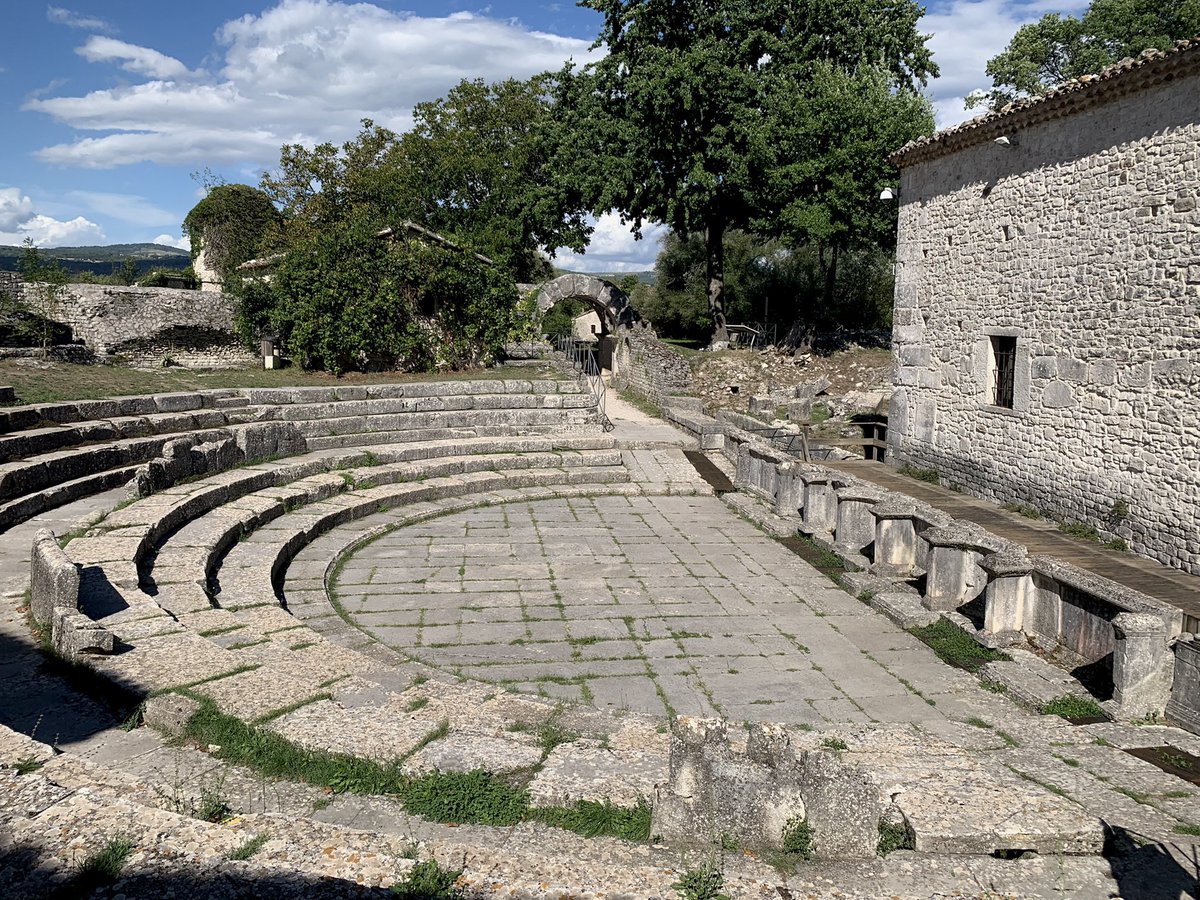 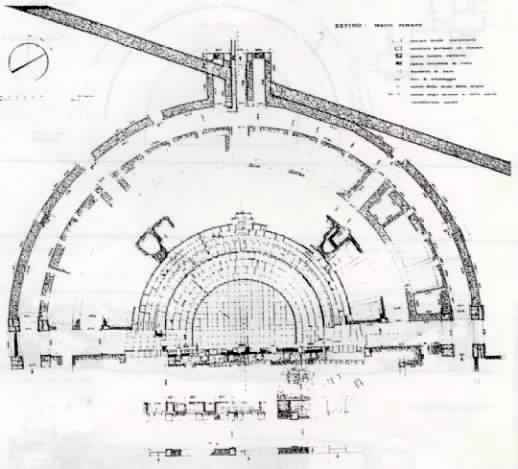 The octagonal courtyard of the #macellum - a marketplace for various food & meat products - is clear, surrounded by tabernae (shops), & an intriguing basin in the centre, prob originally from an olive mill. The adjacent #basilica has 9 standing columns out of an original 20. /6 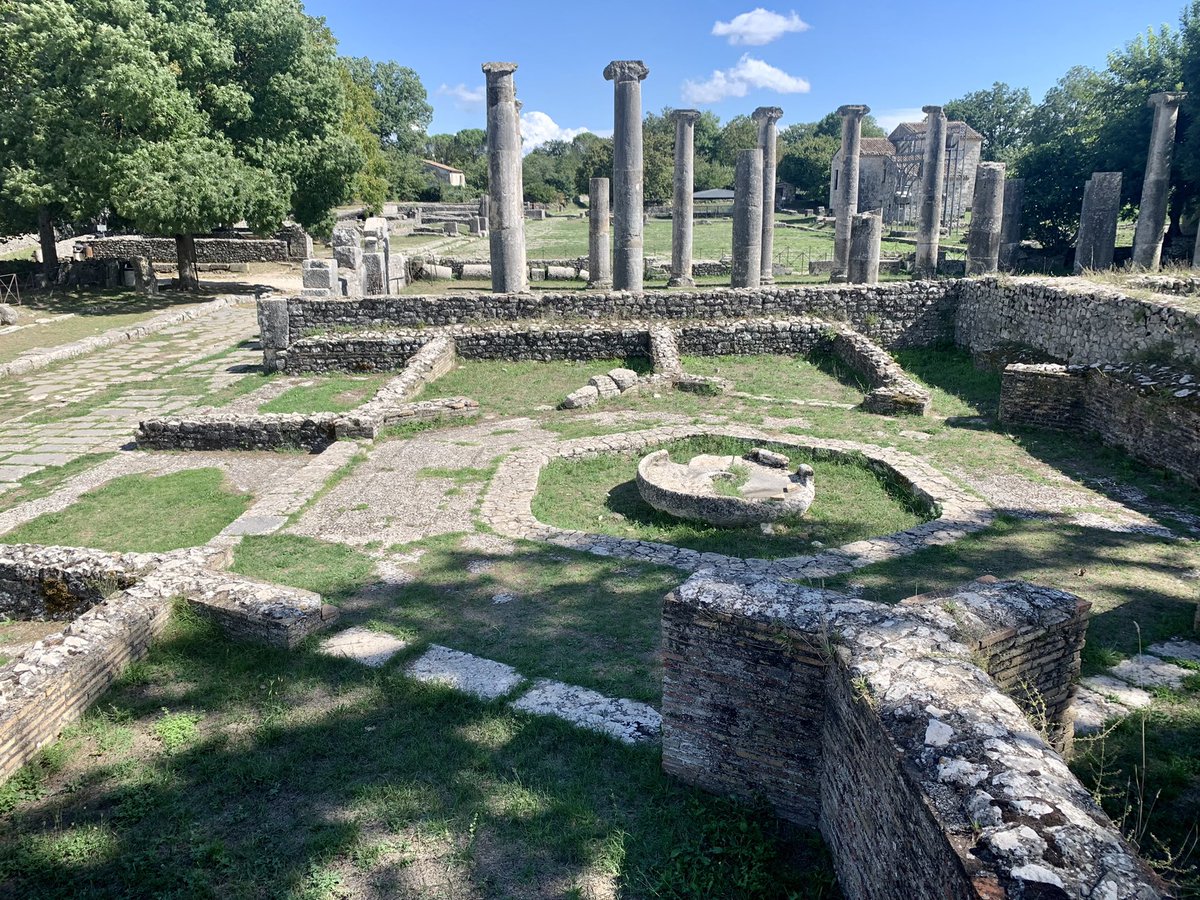 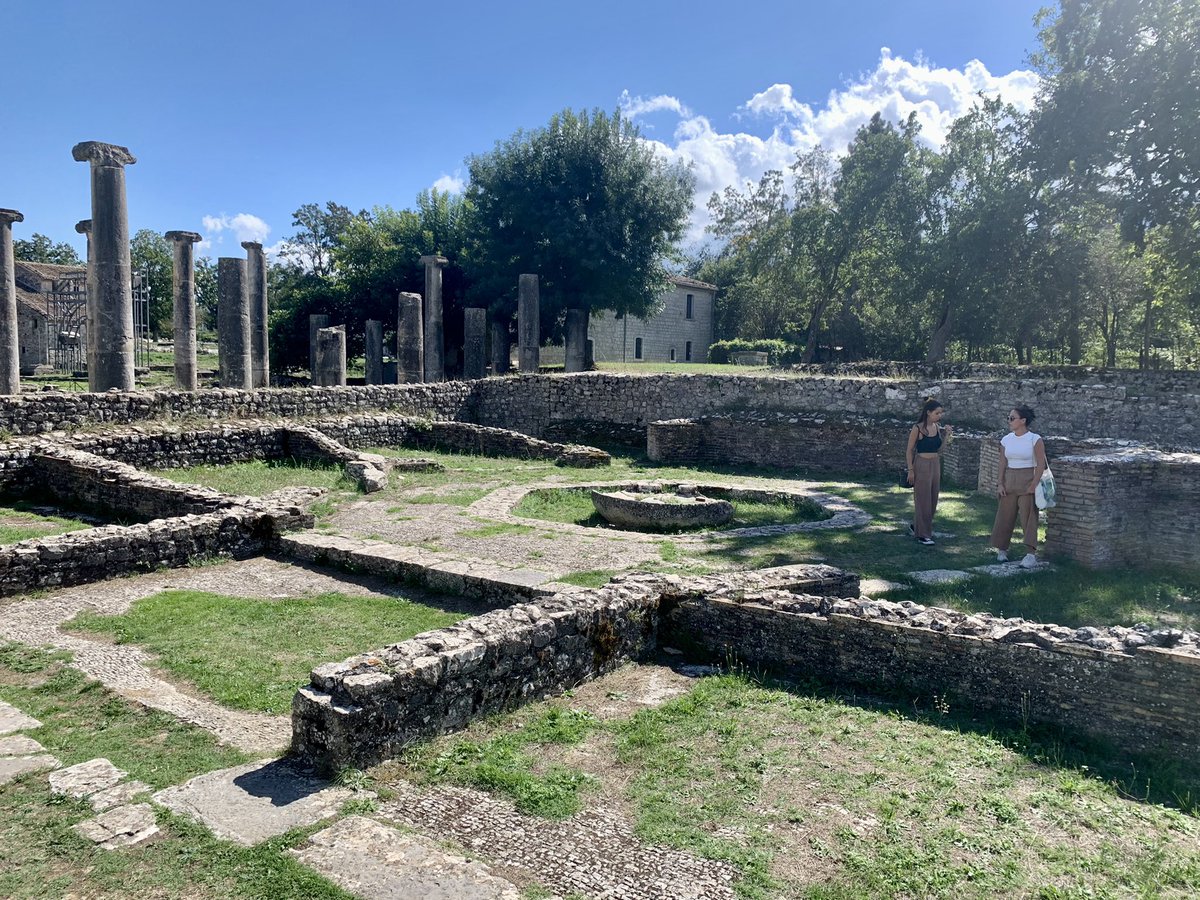 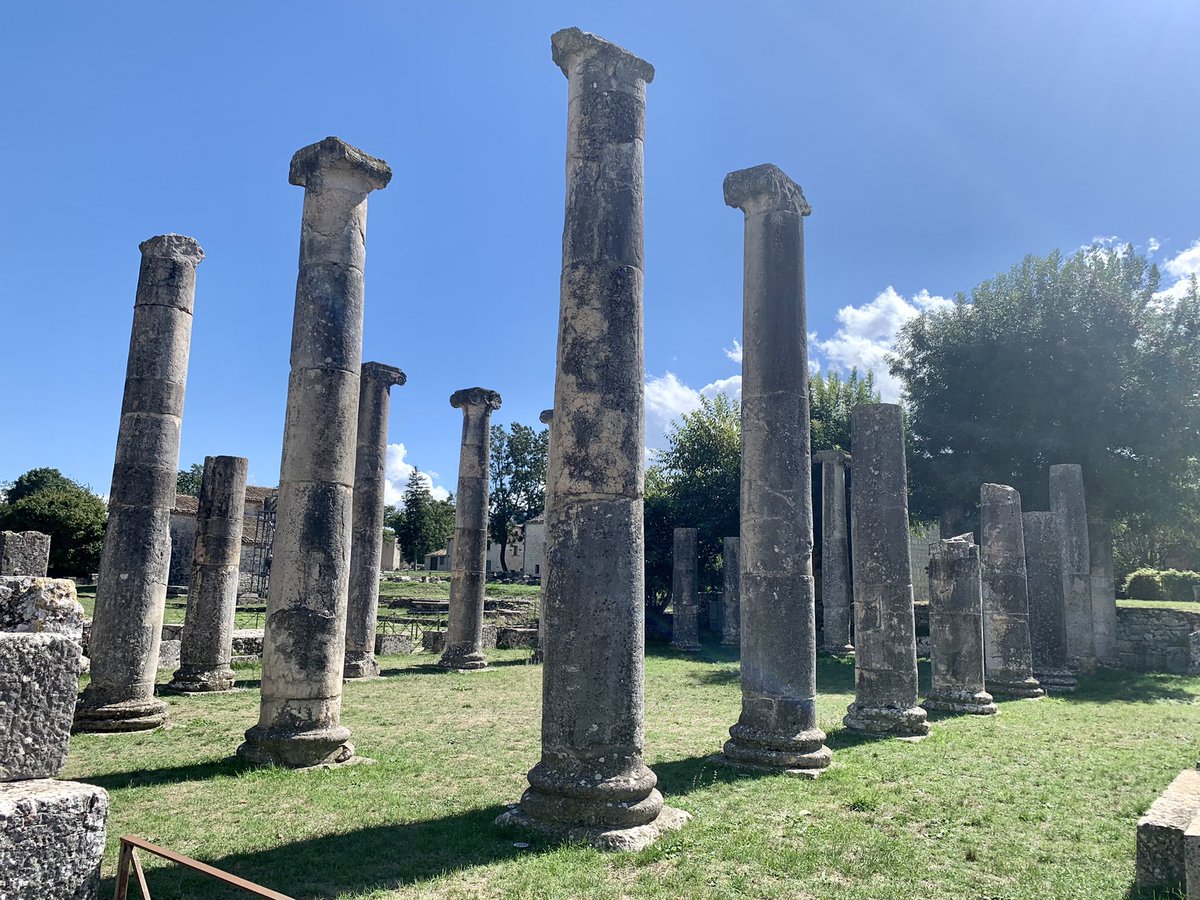 Just up the decumanus is a trapezoidal forum, with original paving, including dedicatory inscription with grooves for bronze lettering, & griffin fountain with inscription stating Caius Ennius Marsus & Lucius Ennius Gallus financed it with their own funds. /7 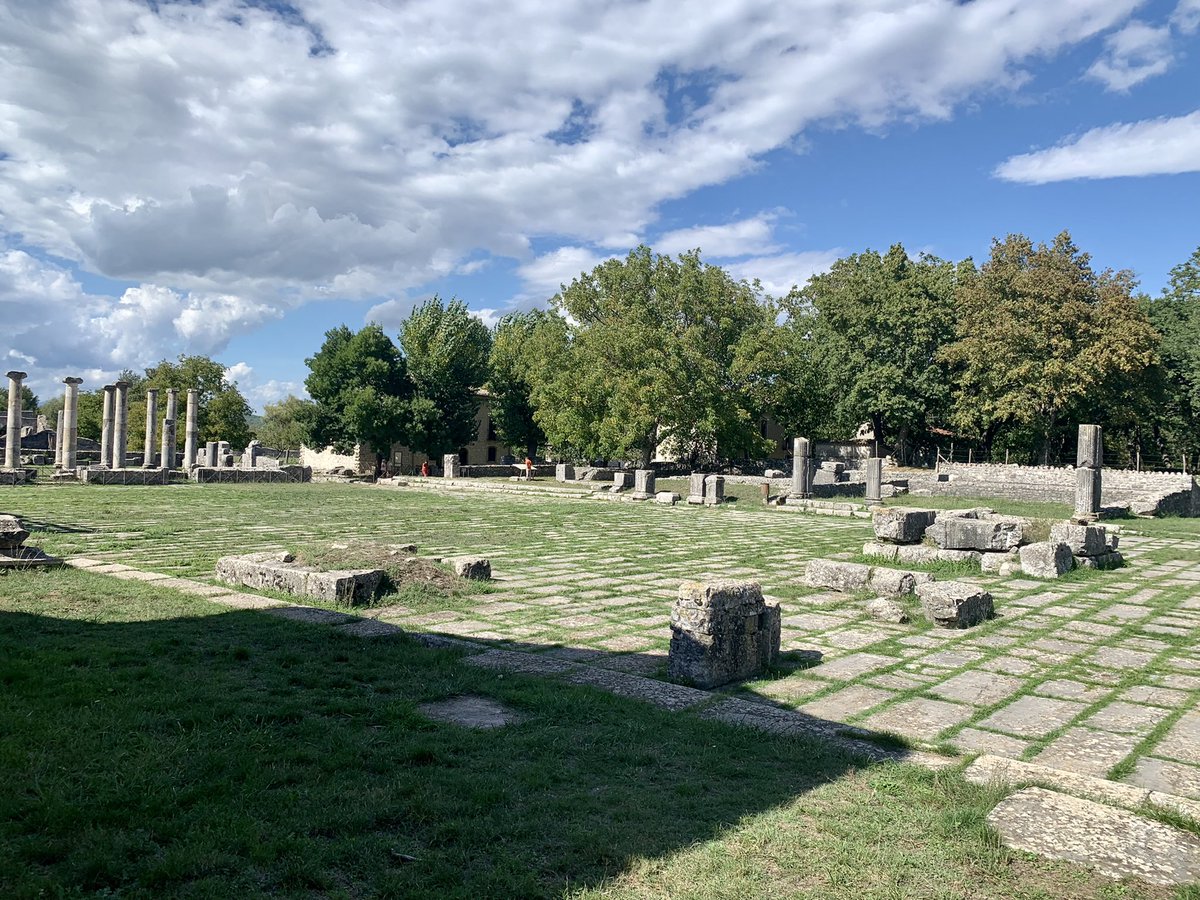 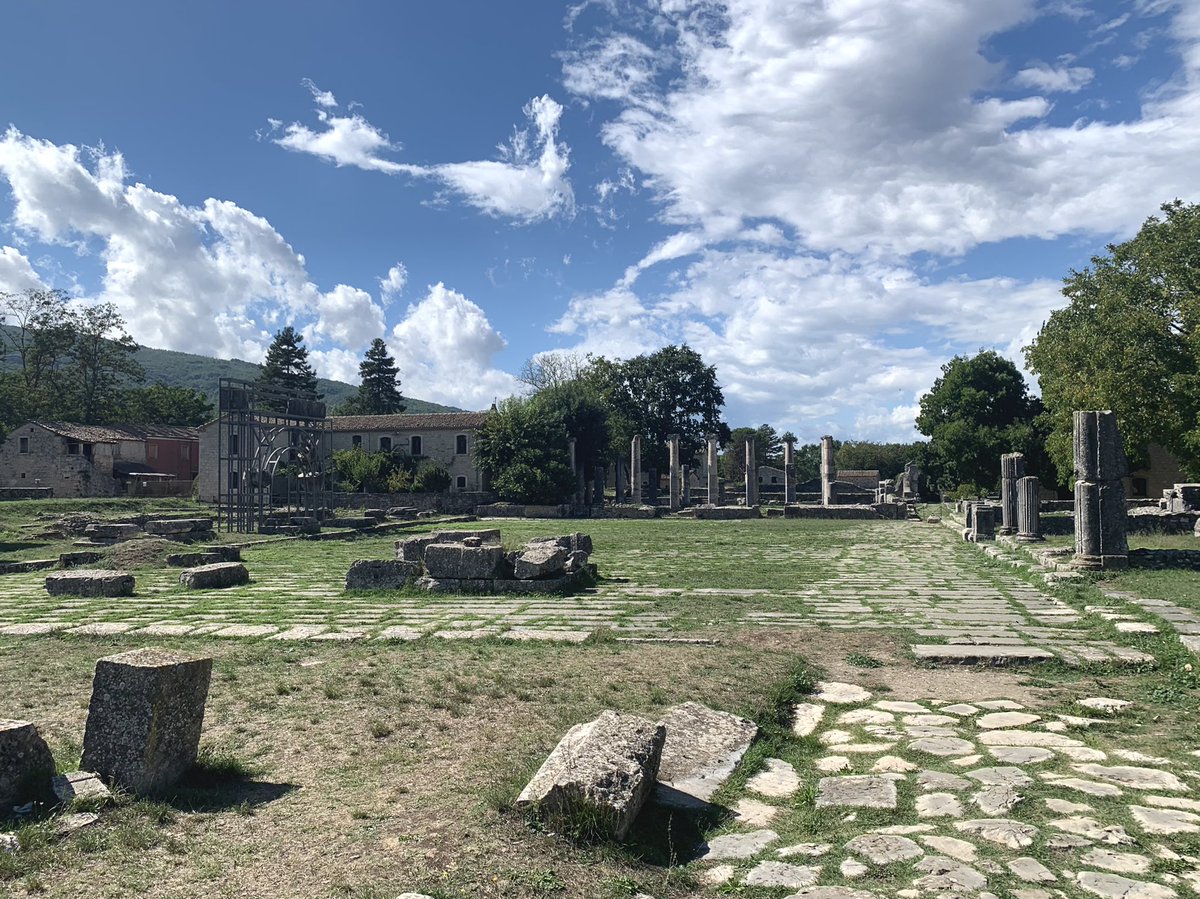 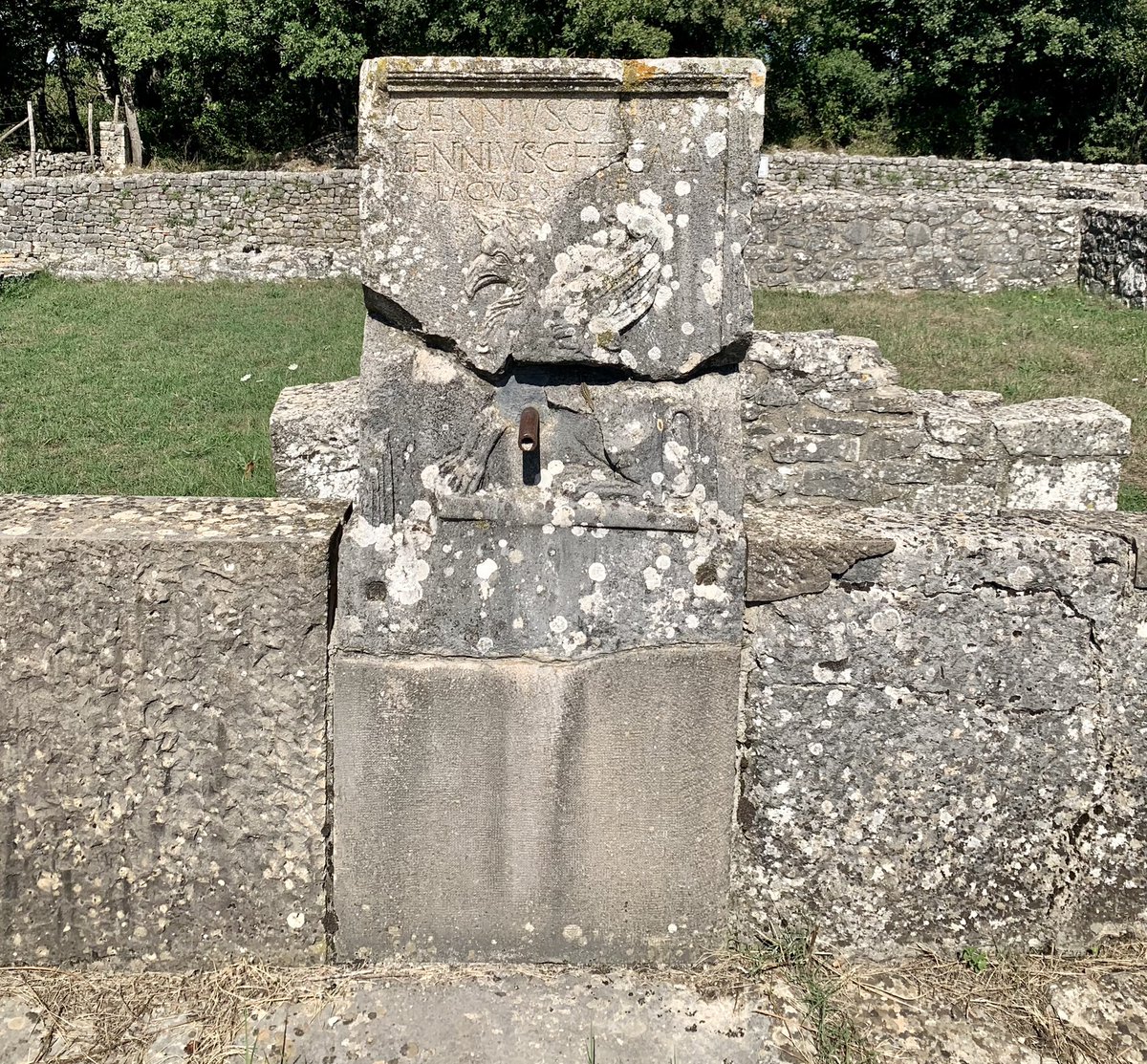 Nearby a water mill & behind a shopfront are four in-ground vats lined with clay bricks, interconnected in descending size order by a small channel. Perhaps for olive oil production, or recently also suggested to be a tannery. /8 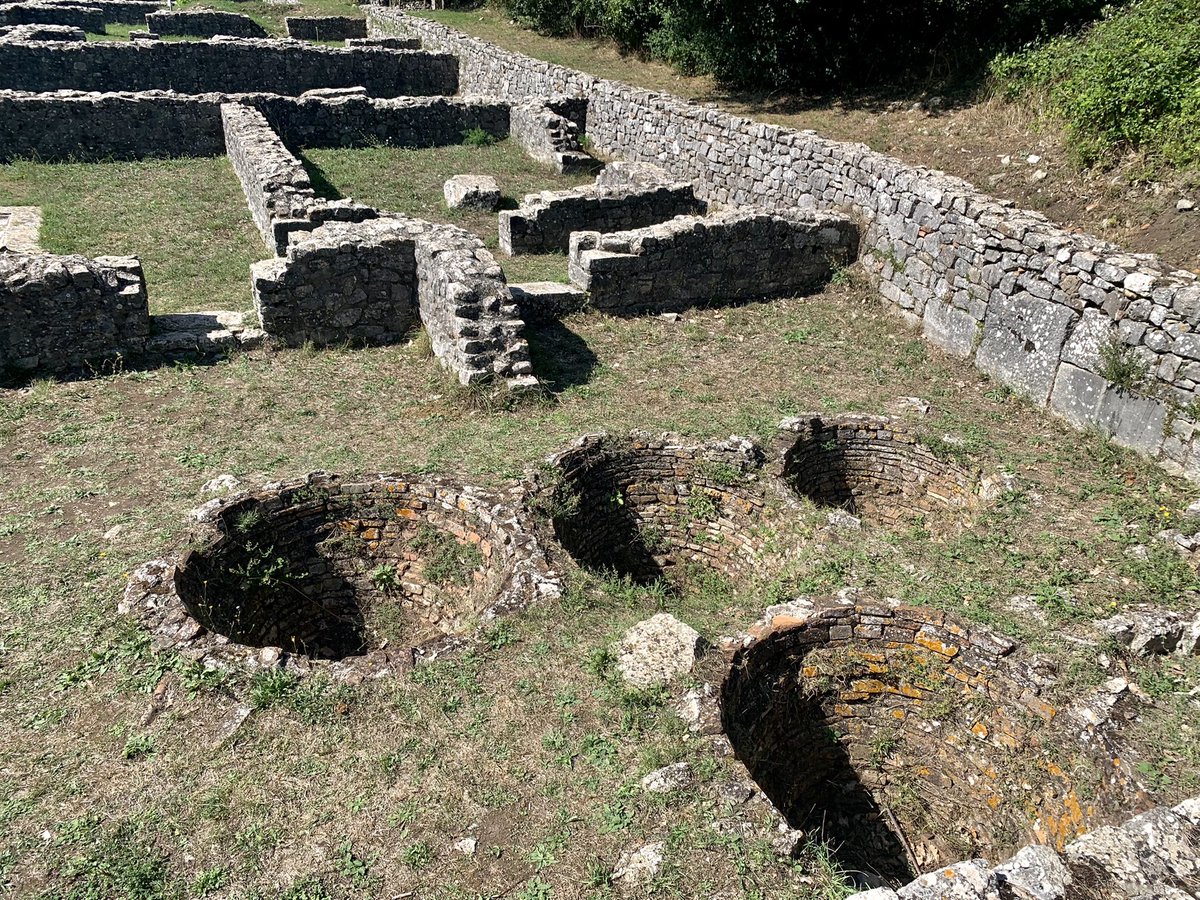 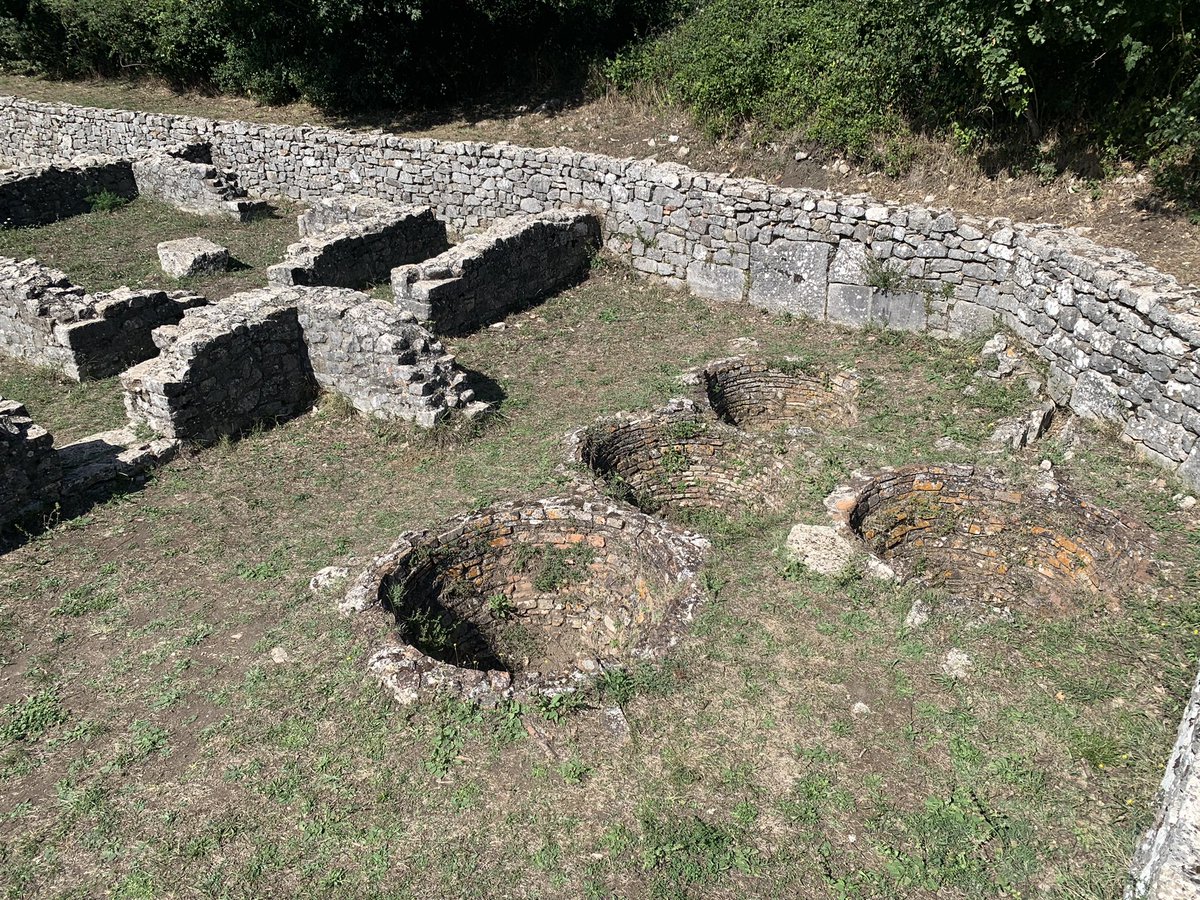 And finally, moving forward into the future, medieval and early modern buildings can still be seen inside the city walls, inhabited until recently, and as usual spoliation is rife! /9 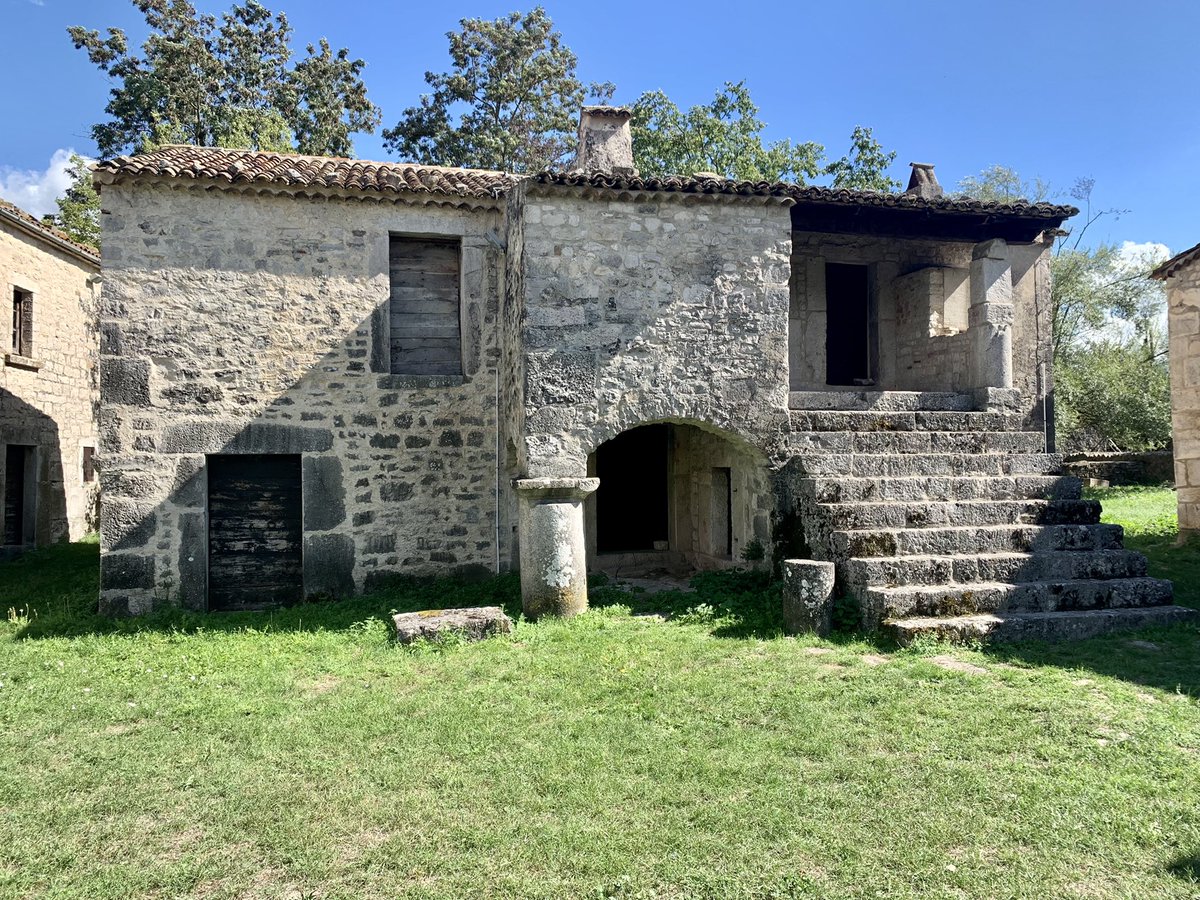 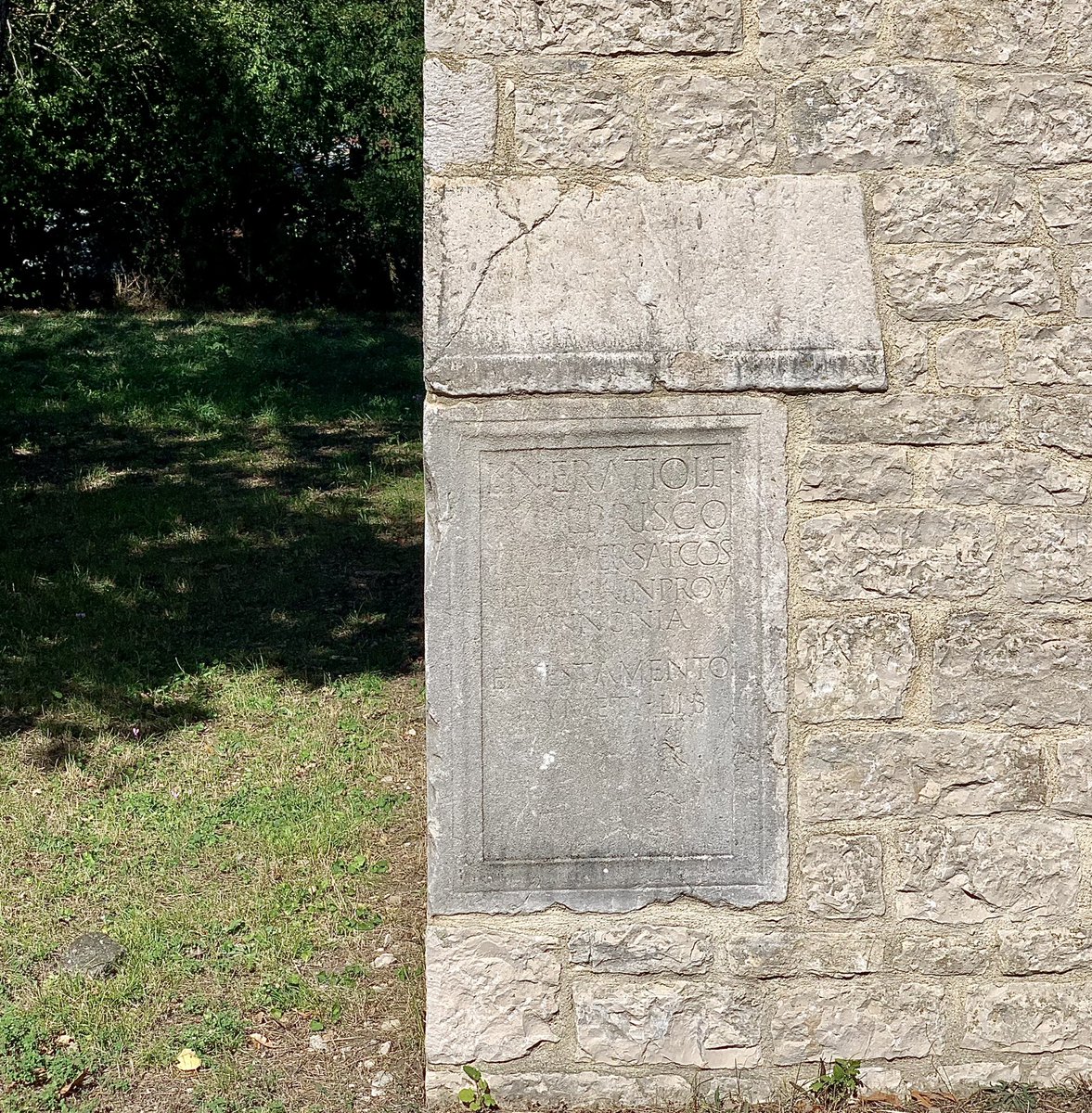