Something that blows my mind is how RECENTLY knitting was invented. Knitting is probably 1000 years old. Weaving, by contrast, dates back to the neolithic era. 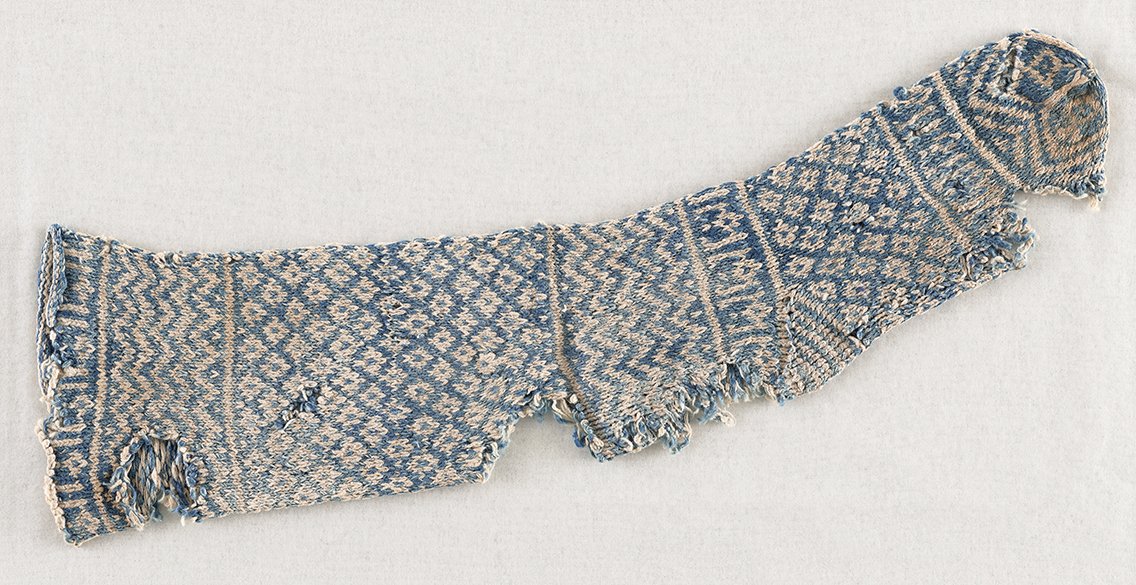 Although knitting is often associated with Northern Europe (Ireland, Latvia, the Scandanavian countries), knitting does not originate in Europe. Instead, the first handknit fragments appear in Northern Africa - in Egypt. [Textile museum collection, "Sock," 1000-1200 AD]

We know these Egyptian socks not the “earliest” knitting, because they’re so complex. They involve multiple colors, and turning a heel (the use of short rows). Knitting had probably been around for a few hundred years. [Textile museum collection, "Sock," 1000-1200 AD]

Knitting likely came to Europe through Muslim artisans working in Spain. Case in point: the first European knit pieces were found in the tomb of Prince Fernando de la Cerdo (Spain, 1275) - silk pillowcases that include the Arabic word for "blessings" in stylized Kufic script.

In the 13th and 14th century, we start to see "Knitting Madonnas" in paintings from Spain, Germany, and Italy - an indication that knitting was becoming more widespread throughout Europe. [Buxtehude Madonna, Bertram of Minden, late 1300s] 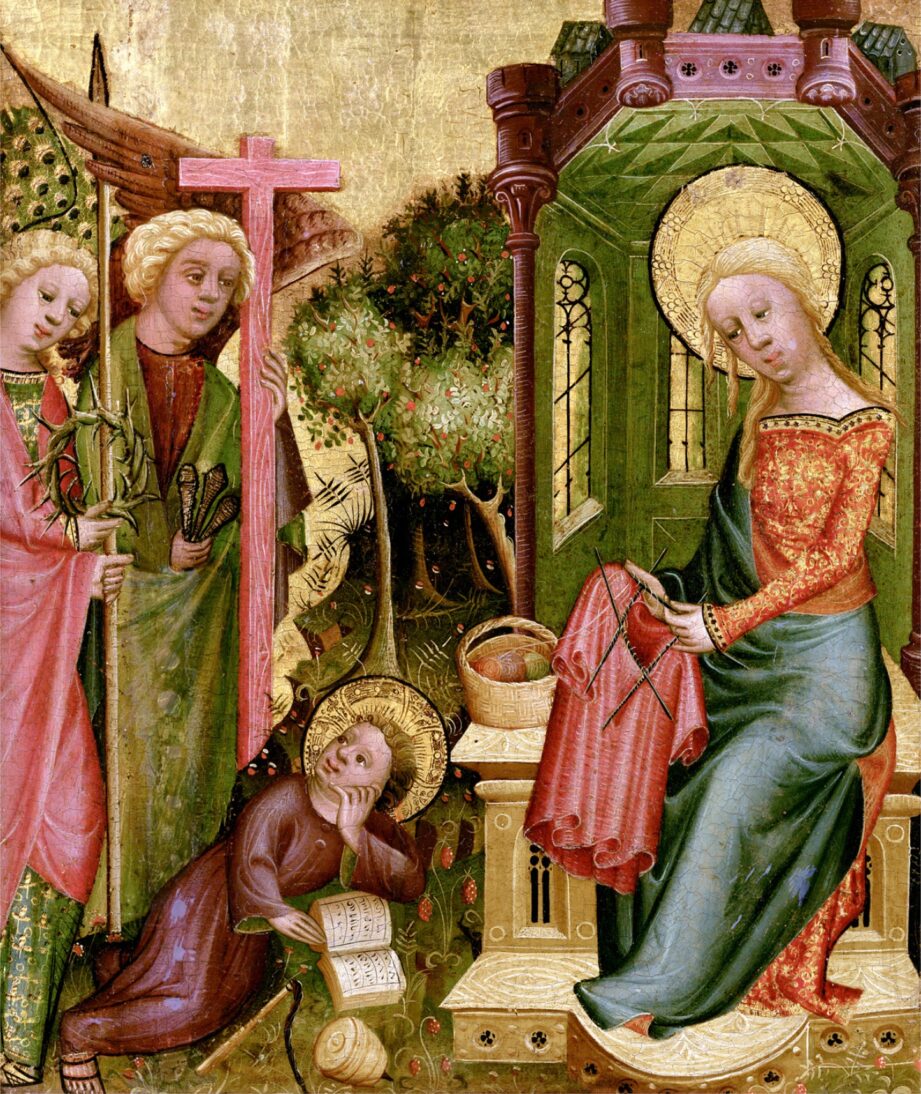 And then the 14th-16th century see an explosion of knitted objects (most of which were made with incredibly small thread). Liturgical gloves, purses, caps, trousers... 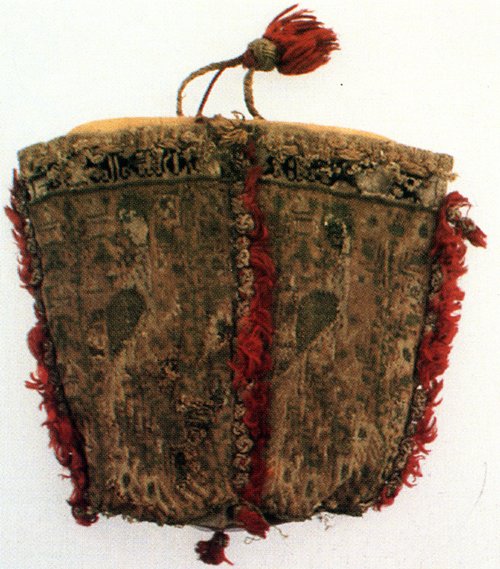 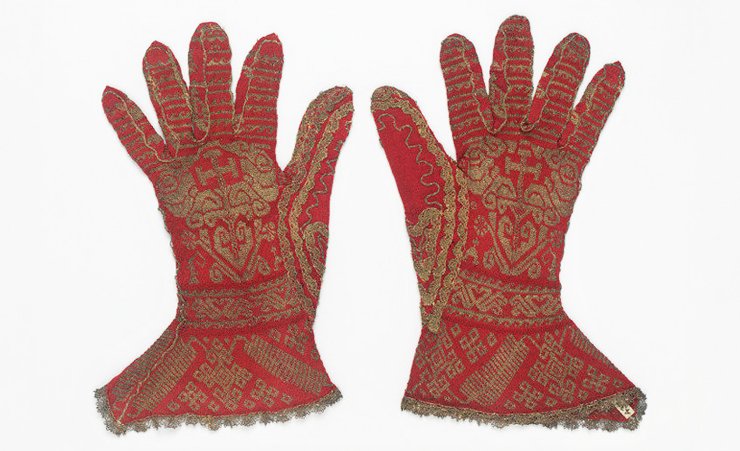 My favorite "Renaissance" knitted object are the Duke August of Saxony's silk trunkhose (1555) - with a knit codpiece, obviously. 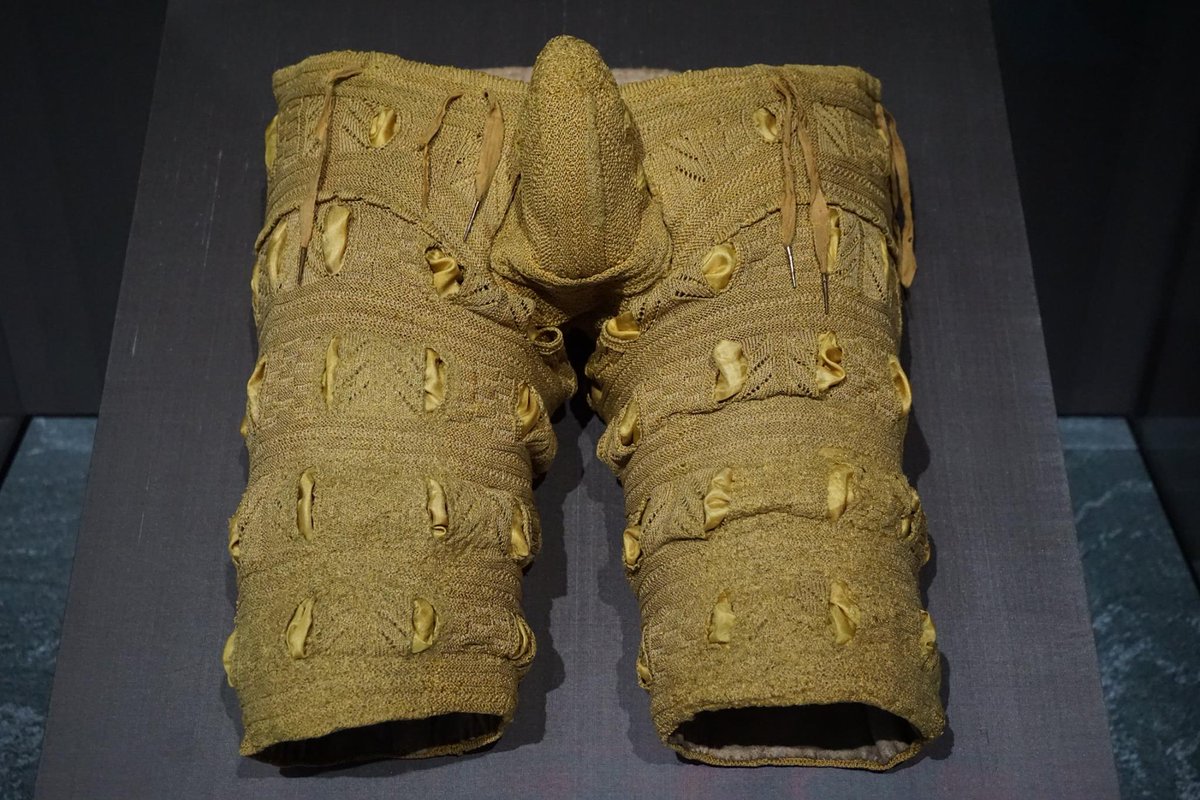 Knitted objects in the Renaissance were mostly created by (all-male) knitting guilds, which were prominent throughout Western and Central Europe. Here is a knitted masterwork - a carpet - created by an unknown knitter from Strasbourg, France (1781) 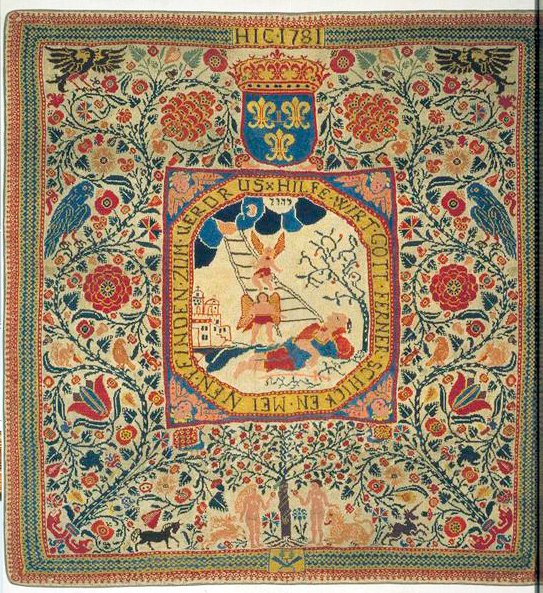 Some forms of knitting are even more recent - I discovered recently that *cables* (from cabled sweaters) were invented around the turn of the 20th century, in the Aran Islands in Ireland. 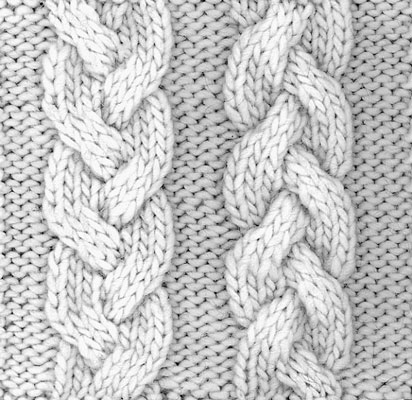 It's so fascinating to me that cables, which tend to denote old-fashioned knitting, or traditional knitting, are so young. ~100 years old. WILD. (Seen here, iconically, on Chris Evans in Knives Out) 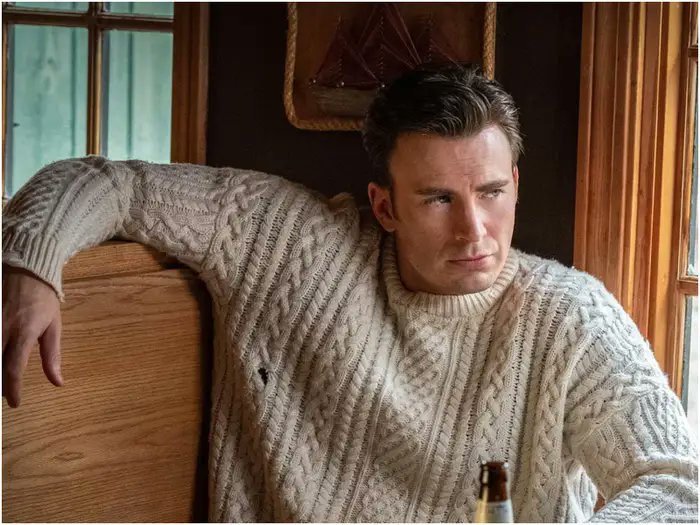 Anyway, this is some of the textile history I think about when I'm knitting extremely fancy dishcloths. (I am basic in my knitting). 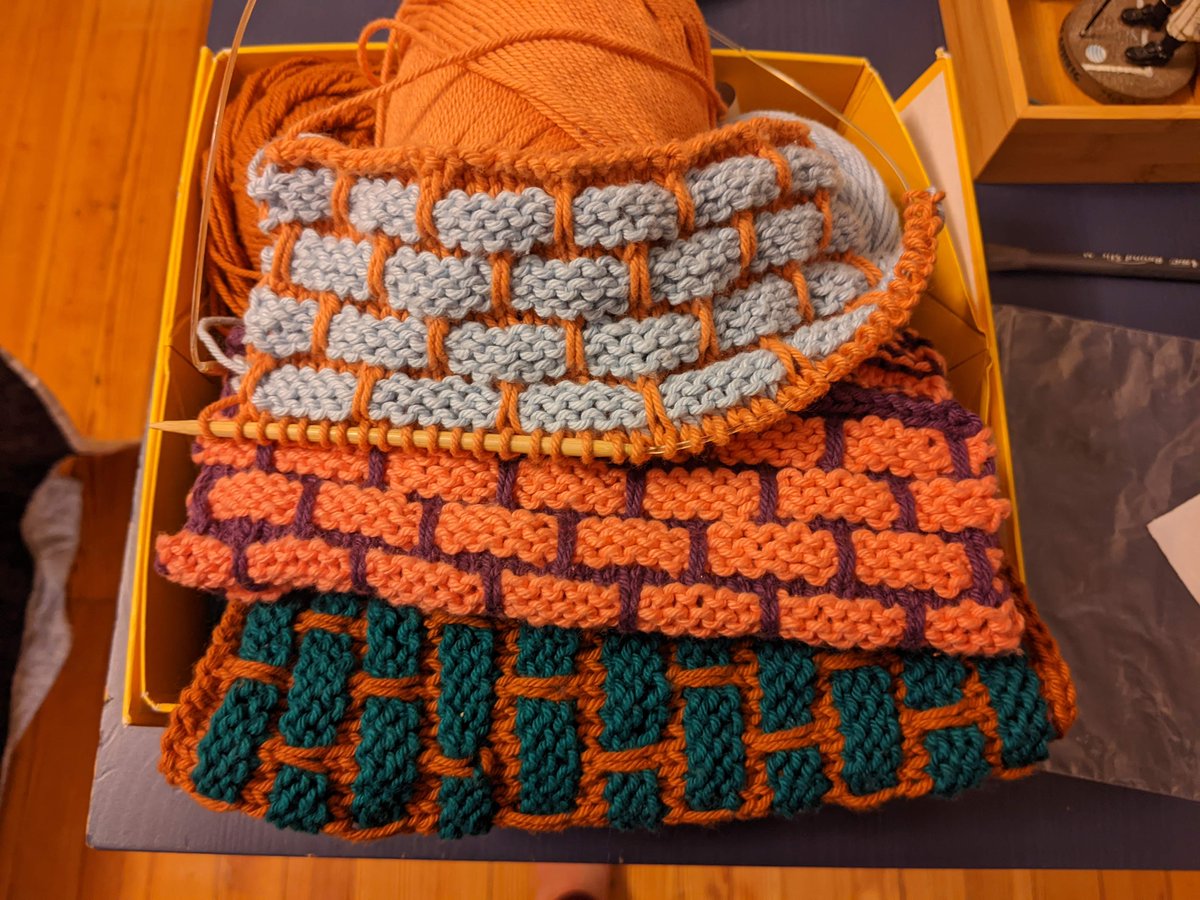 Gleefully overthinking everything. Researcher, quasi-academic, nerd, gym fan. I always flip to the end of the book. She/ Her