This "presidential de-classification" shtick comes up every November around the anniversary of the JFK assassination. As I recall, there were some records that were sealed for 50 years, which was 2013.

Yes! How I put it earlier: washingtonpost.com/politics/2022/… 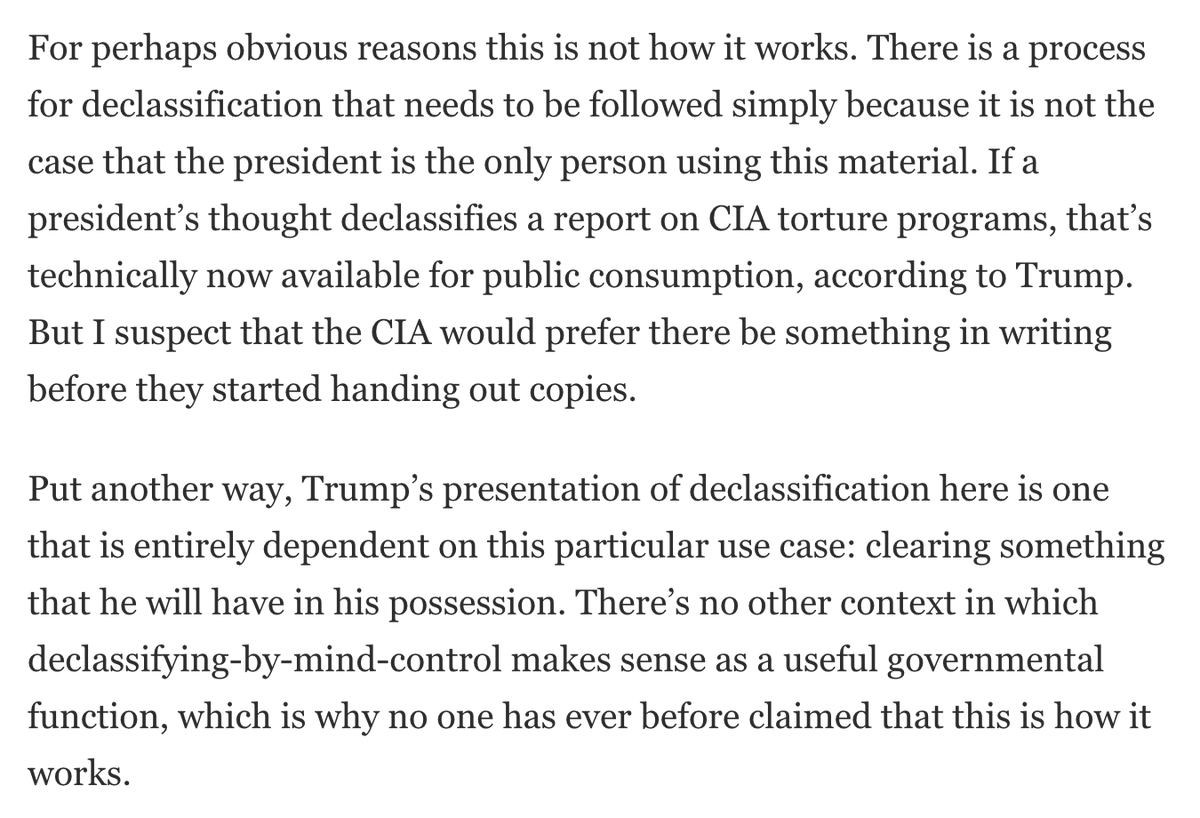 Historians, both professional and amateur, have been begging Presidents to de-classify them ever since. Trump talked about de-classifying some of them at least once during his tenure but then walked it back.

Maybe the intelligence community pushed back, or imposed bureaucratic roadblocks, or maybe it was just yet another Trump bullshit move, but he didn't de-classify any of them. But I'm sure he thought about it.

Anyhow, talking about presidential de-classification of JFK assassination records has become another glorious American fall tradition, like Christmas decorations in the stores the day after the back-to-school sales are finished.