THE COVER TEAM <Vogue> and the universe star! V, who was enthusiastic about this shoot to the extent that he participated directly from the meeting before the shoot (unlike celebrities who only share the final draft!), suggested exotic location to us, and presented + 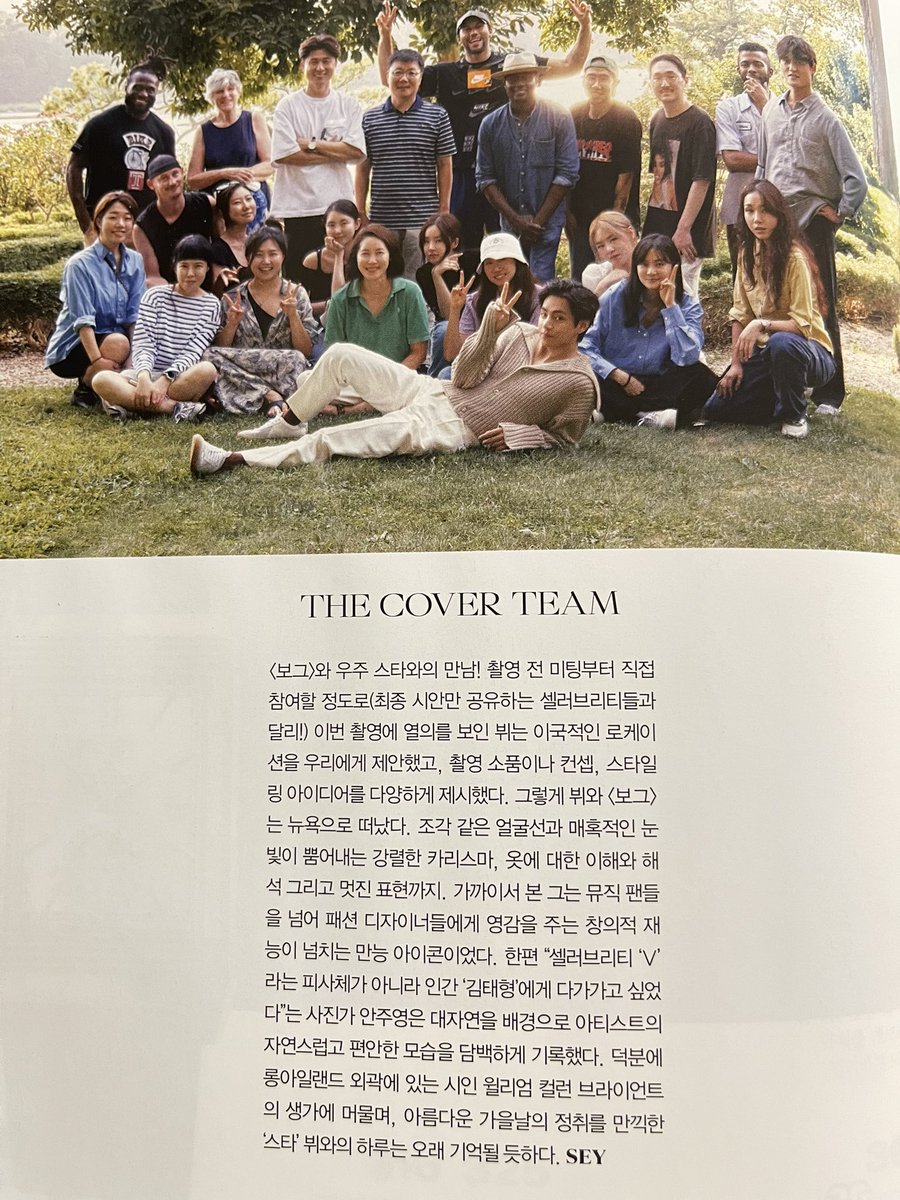 various filming props, concepts, and styling ideas. So V and Vogue left for New York. His sculptural facial line, the intense charisma of fascinating eyes, his understanding and interpretation of clothes, and his wonderful expression. He was an all-around icon full of creative +

talents that inspired fashion designers beyond music fans. Meanwhile, photographer Ahn Joo-young, who said, "I wanted to approach the human 'Kim Tae-hyung', not the subject of Celebrity V," recorded the artist's natural and comfortable appearance against the backdrop of+

Mother Nature. Thanks to this, a day with "star" V, who stayed at the birthplace of poet William Cullen Bryant outside Long Island, will be remembered for a long time.