#MahaPeriyava A devotee from Madras was travelling in the Bombay Mail train during his pilgrimage to have a darshan of Sri Raghavendra Brindavan at Mantralaya. He was sleepy. When the train stopped at a station, he thought it was his destination and got down hurriedly. He had a 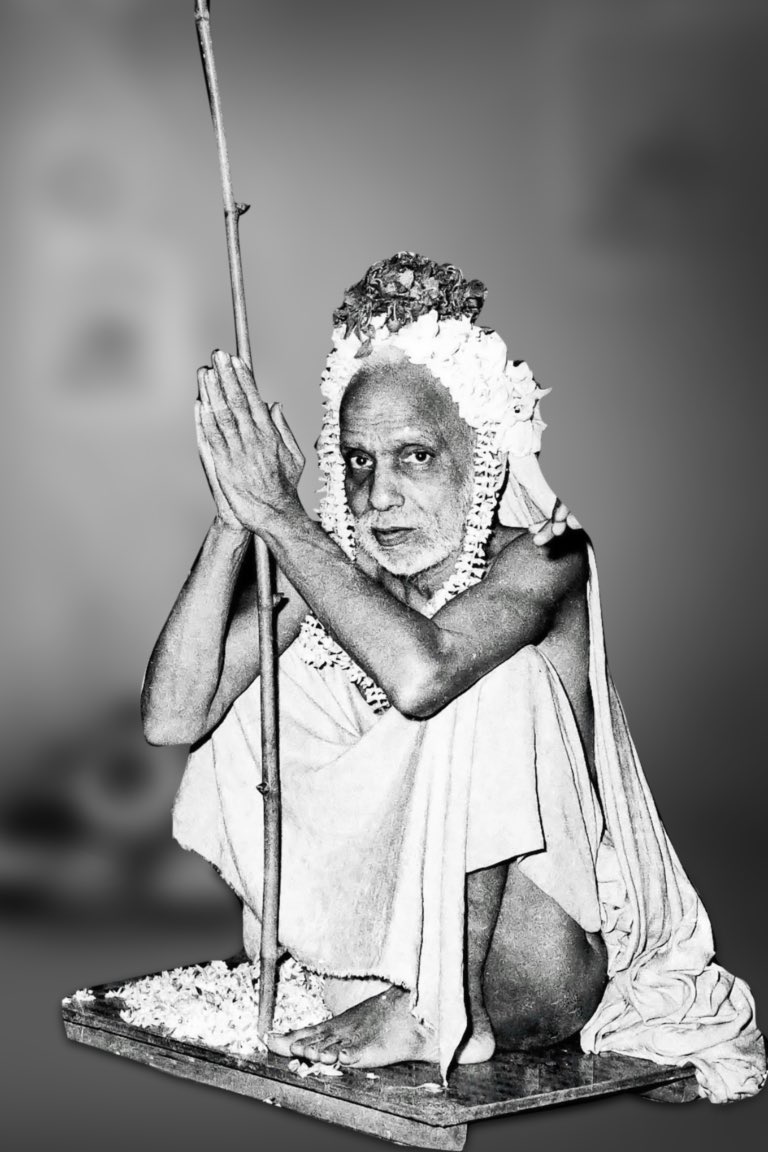 look at the name board of the station only after the train left the station. It was Gundakkal! “Ada Devuda! I have got down here” SriMatham devotee Joshi and his friends, who arrived on the same train, came across the devotee, who was standing confused. Maha Periyava was staying

in Hagari at that time. Joshi and his friends were proceeding to have his darshan then. “I got down here sleepily,” said the Mantralaya man. “It is not drowsiness. You have alighted here only in a clear state! Come, let us go to Hagari and have darshan of Periyava,” said Joshi.

Joshi and his company prostrated to the Sage and stood on the side, giving way to others. As was his usual custom, Periyava inquired details of everyone who came before him. When it was the turn of the Mantralaya devotee, he asked Joshi, “This man has not proposed to come here!

Did you people bring him?” The Mantralaya devotee was nervous. He blurted out, “Since I thought of going to Mantralaya directly without having darshan of Periyava here, I couldn’t go there” Periyava called him nearer. He talked at length to the devotee in a low voice. The devotee

was simply nodding his head affirmatively at intervals. It was found that the devotee’s mother had committed suicide by falling into a well. “Is that so?” Periyava asked him. “Yes,” said the devotee feeling guilty. “As soon as possible, you go to Gaya and perform Shraddha for

your mother. She will get relief.” Later, the Mantralaya man came to us and explained the discussion and the orders of Periyava. Joshi said, “The soul of the woman who had given up her life by falling into the well would have prayed to Periyava seeking relief from its present

state. This is the reason Periyava made her son alight at Gundakkal and come to see him.” That is true. How otherwise, would Periyava know about the untimely death of the Mantralaya devotee’s mother? This Sarveshwaran knew the language of the souls, what do we ordinary people