He, and actual adult human, runs a host of accounts on here and harasses people, typically with heavy misogynistic undertones. He also loses bets, and then doesn't pay on them. Here's the record of our bet on the Dollar: 3/ twitter.com/coloradotravis… 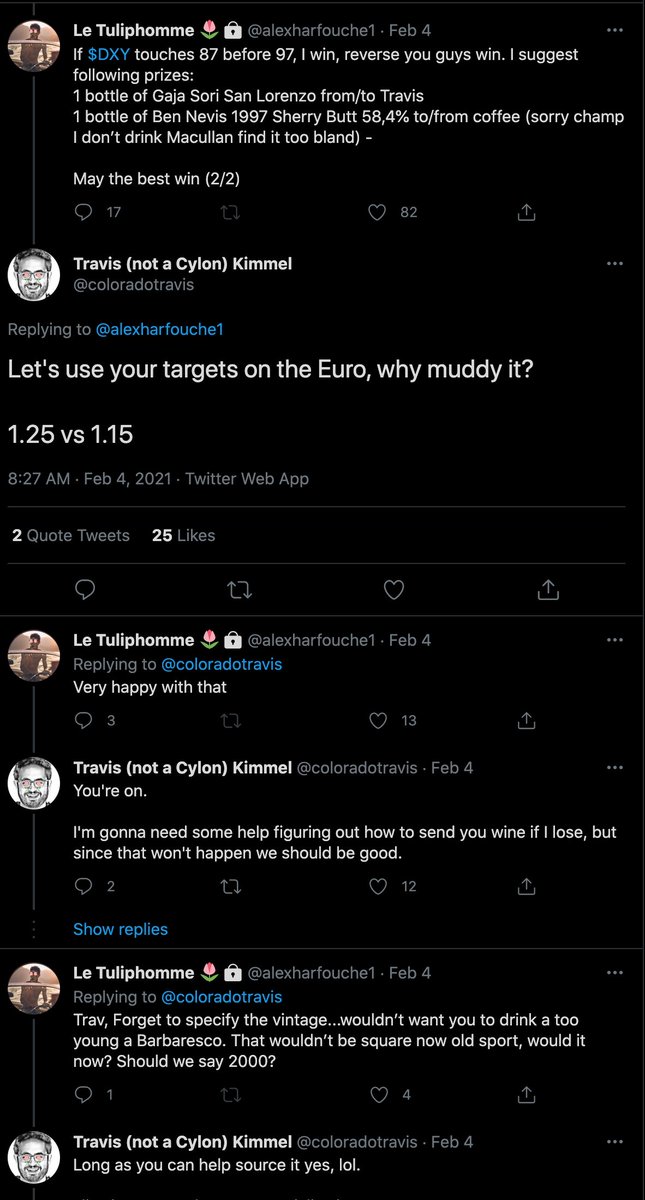 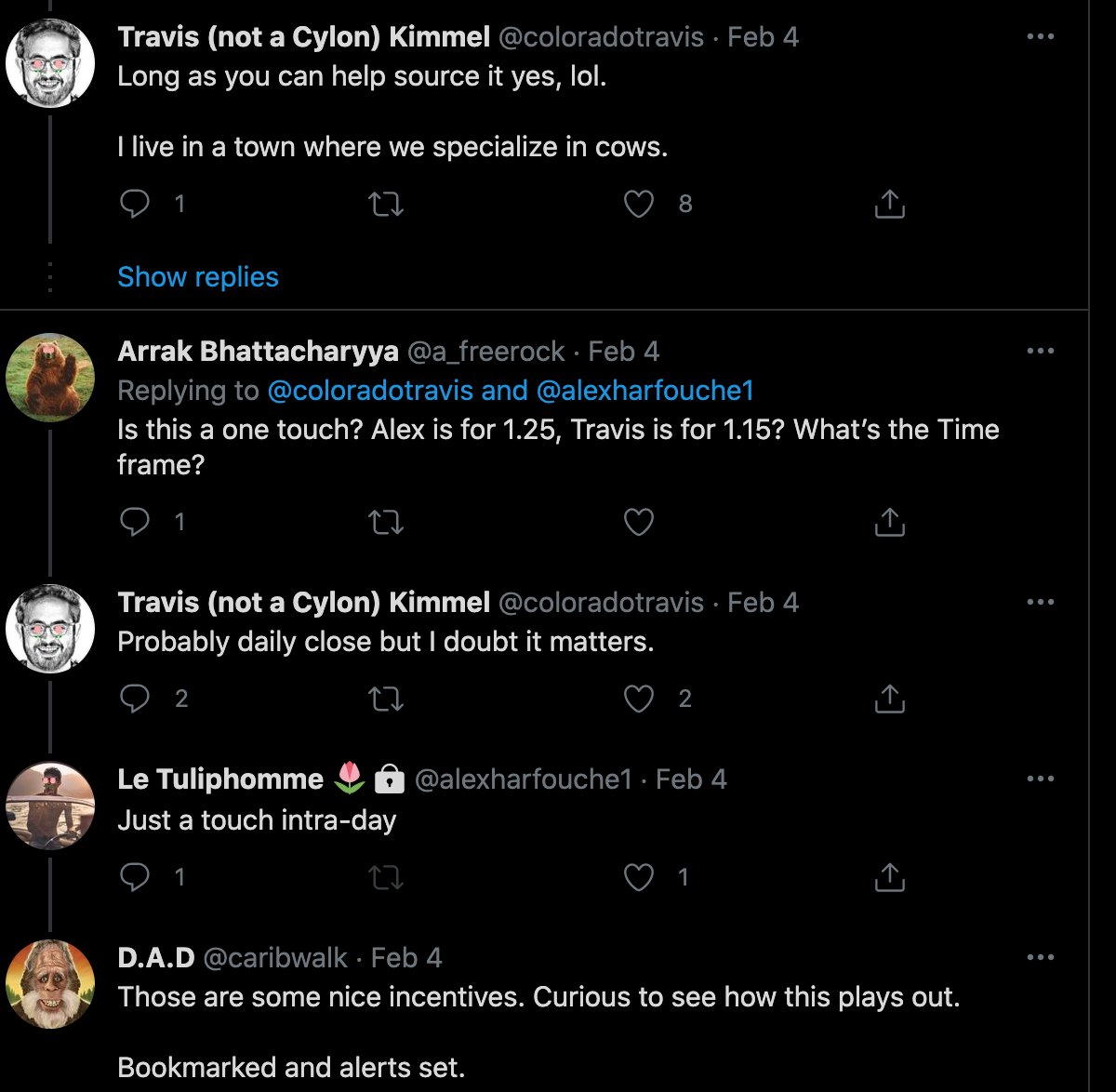 You'll note that throughout the bet, he was flexing that how he was gonna win including (hilariously) suggesting that his counterparties (me and @Curious Coffee ☕️ 🛡 ) post collateral. Once again: projection. The more you learn about Alex, the more of this you'll see. 4/ 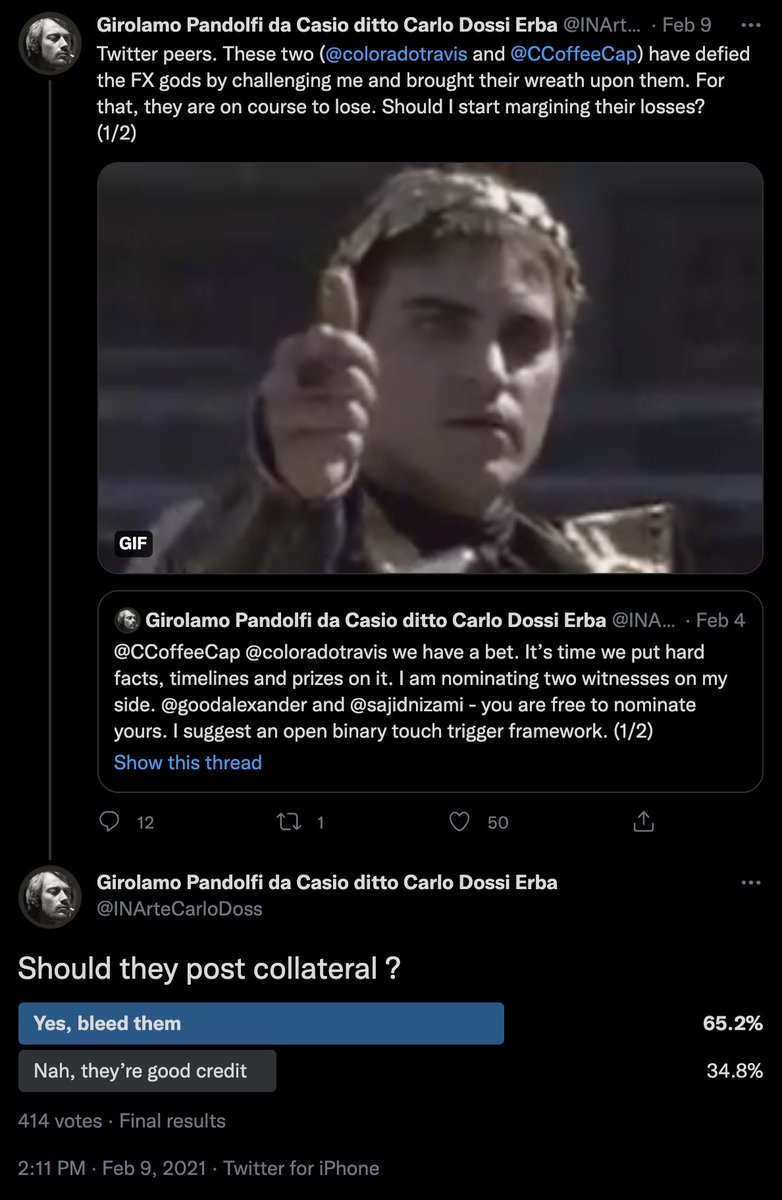 Throughout the bet, he was completely convinced of his victory. My sense is that, as a sort of pathetic and raging narcissist, he still hasn't been able to fully understand that he lost. And no only did he lose, it was uuuuugly. 5/ 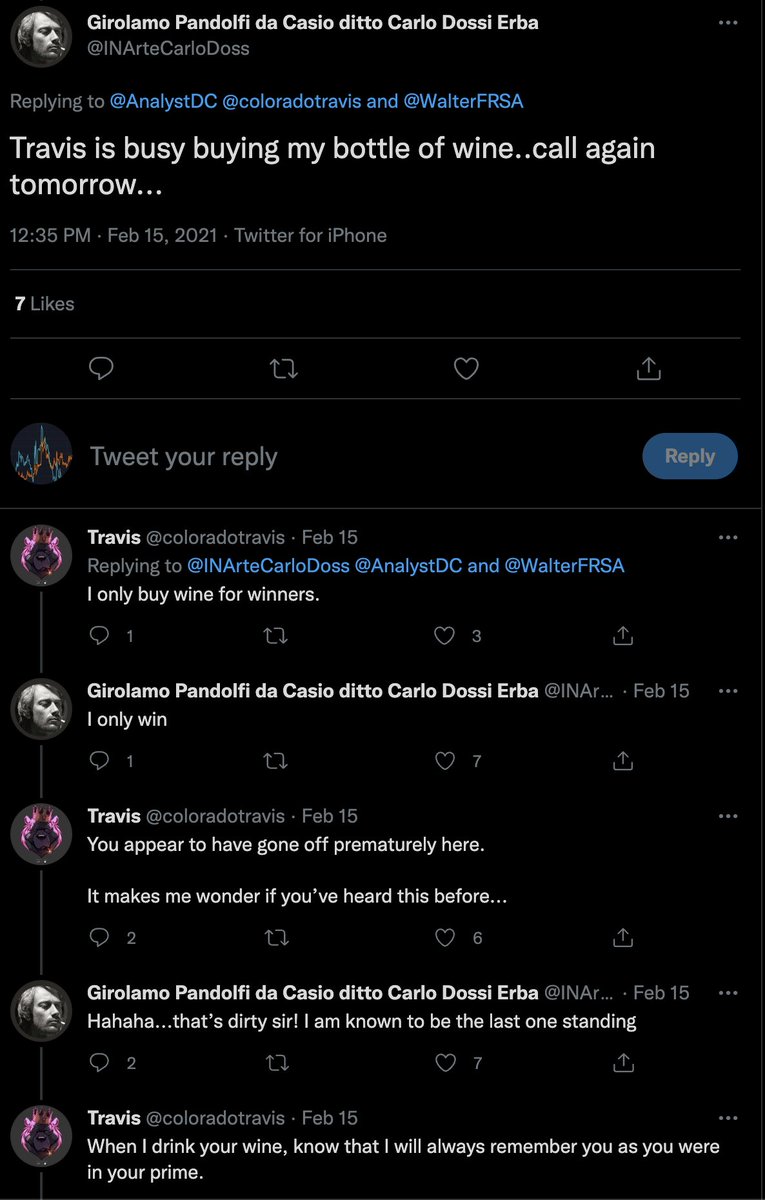 Once he refused to acknowledge the debt (he blocked me and ran away like a little bitch), I proceeded to auction off the debt as distressed. @DC bought it for a bottle of Titos, which shows you what Alex's word is worth — pennies on the dollar 6/ twitter.com/coloradotravis…

Alright well I'd like to resolve this matter quickly. We are a markets community, I propose a markets-based solution. The debt is clearly distressed, so today we will begin the process of auctioning it off for restructuring. Details follow for those interested in bidding. 1/3

You see, after he lost the bet sort of broke him. He's been stubbornly trying to long the Euro since, top ticking it with this call and frequently thinking every bounce is some big turnaround. As mentioned previously... his entire presence is projection. 7/ 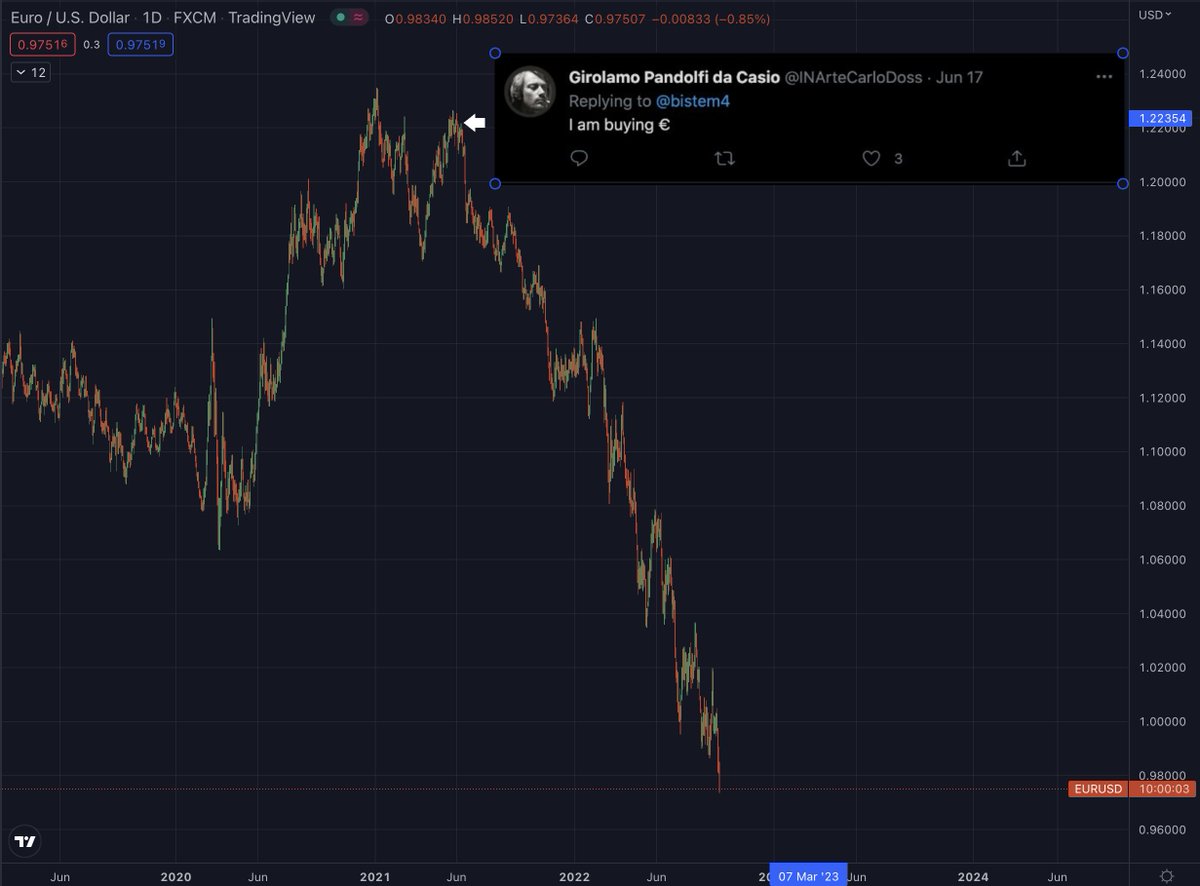 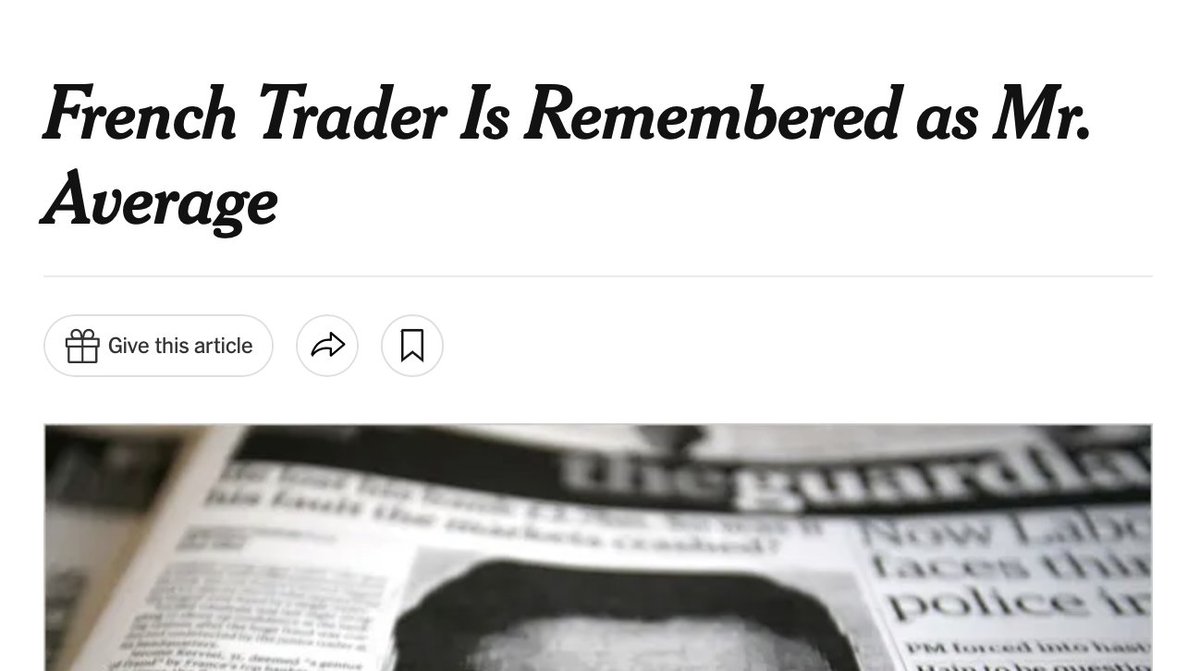 Addendum: Just to be perfectly clear, I'm going to start blocking people who follow this account whenever I remember and/or get around to it. Mostly because I don't have anything to say to a 50yo cyberbully's simp army. Like just chat amongst yourselves. /9