THREAD. Here's the first chapter of my psychological thriller, Killing Kindness! Three long, hot weeks ended in death. Teenage temperaments boiled over. Humidity slicked their skin with sweat. Blaming the heat for the group falling apart was too convenient. 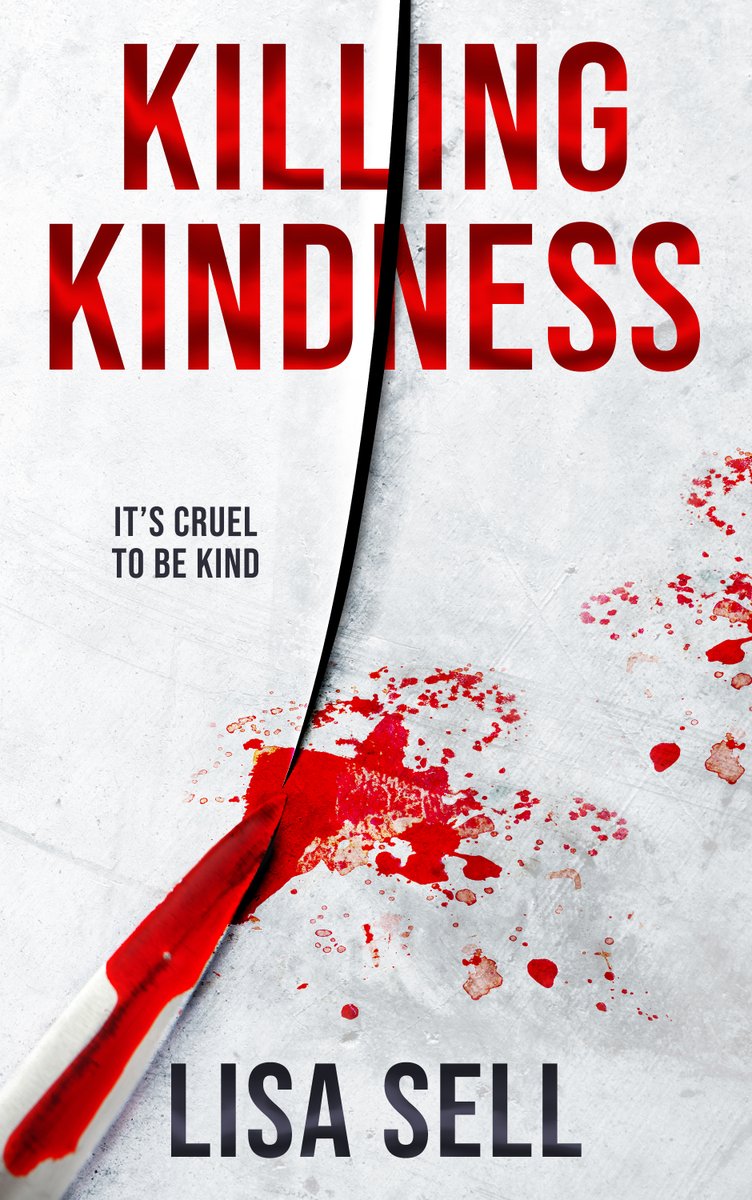 More than mugginess made Simon Pritchard snap. The Six were united in a common purpose. Every summer holiday, activities took place, giving parents the chance to offload their offspring. Six sixteen-year-olds, fresh from finishing GCSEs, were the chosen ones.

Selected teens earned cash helping to run Trillhaven’s holiday club alongside adult supervisors. The Six was hardly an inspired name, but the adults found it helped the assistants to bond. Being in a group made them feel elite.

Those only a few years younger respected their authority. Alex, Kat, Joe, Stevie, Erin, and Simon formed the gang of 1992. Kids hung around them, desperate to be a favourite. The adult helpers admired the teens’ work ethic while ignoring their night-time shenanigans.

Young adults need to let loose, particularly when preparing for further education or work. A disused mill on the outskirts of Trillhaven became a playground. There they learnt how to tip from childhood over the cusp into adulthood.

The Six discovered the joys of alcohol, accompanied by a love of music and sometimes each other. The owner of the mill watched from her cottage across the way. She stayed out of their business until she had no choice.

On the last evening of the holiday club, children danced to a DJ’s cheesy tunes. Nearly every local entertainment event was led by him. The Dorset town of Trillhaven lacked social opportunities.

Everything was small, including the locals’ closed minds, overpopulated residential areas, and crammed schools. A blanket woven with community gossip and judgement spread wide over them all. The pressure of small town life weighed on Simon.

From experience, everyone expected him to be nice. If the dictionary had a visual representation of kindness, Simon’s photograph would be on display, not that he would’ve appreciated it. The young man hated his babyish face and impish grin.

Sharper, more mature features might have allowed him to say no more often and for it to be accepted. Simon’s friends believed his cup of kindness would always run over. That summer, they received it in abundance, until the boy broke. We all have darker natures we try to suppress

For a while, Simon kept his demons hidden. Then came Friday 21 August 1992, when The Six disintegrated. Fights, betrayal, disappointment, and damning allegations signalled the end.

Kindness isn’t infinite. That night, Simon killed kindness. He might have murdered a man, too. Simon can’t tell anyone what happened. He was never seen again. mybook.to/KillingKindness

Killing Kindness: It's cruel to be kind