Japan's intervention renewed interest in the impact of central bank intervention (in both directions, dollar purchases and sales) on the Treasury market ... wsj.com/articles/treas… 1/

The fall in the market value of foreign holdings of Treasuries has led to a misperception that foreign investors have been selling Treasuries this year. That's now actually the case -- the BoP data shows ongoing foreign purchases through q2 even as Treasuries sold off. 2/ 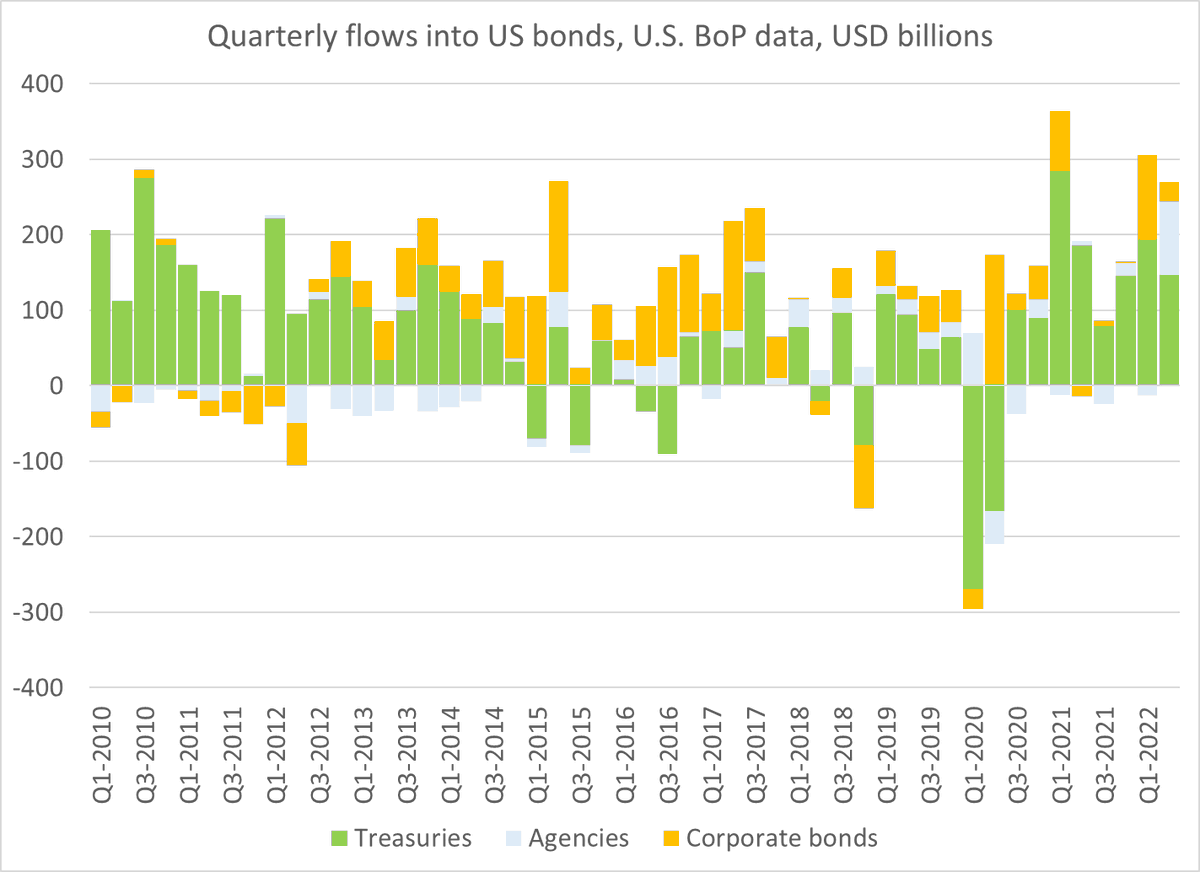 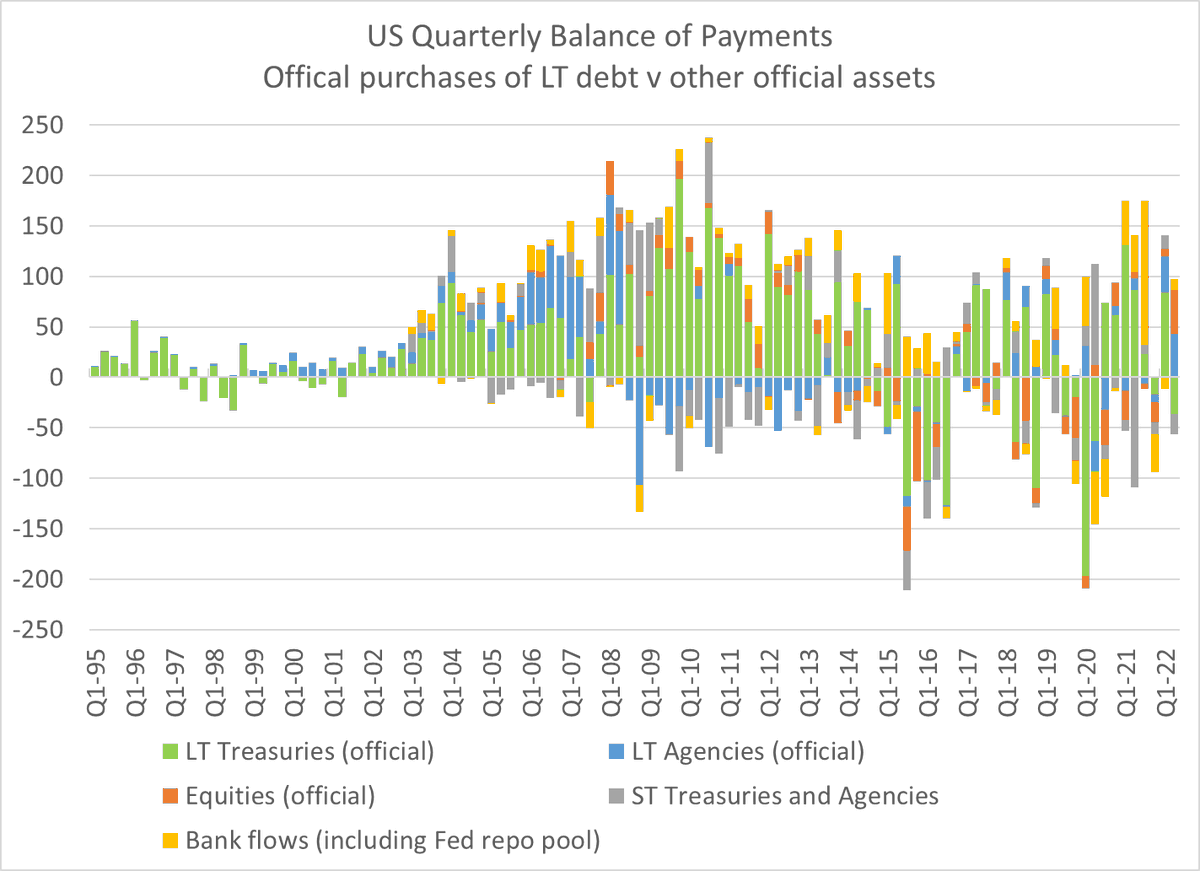 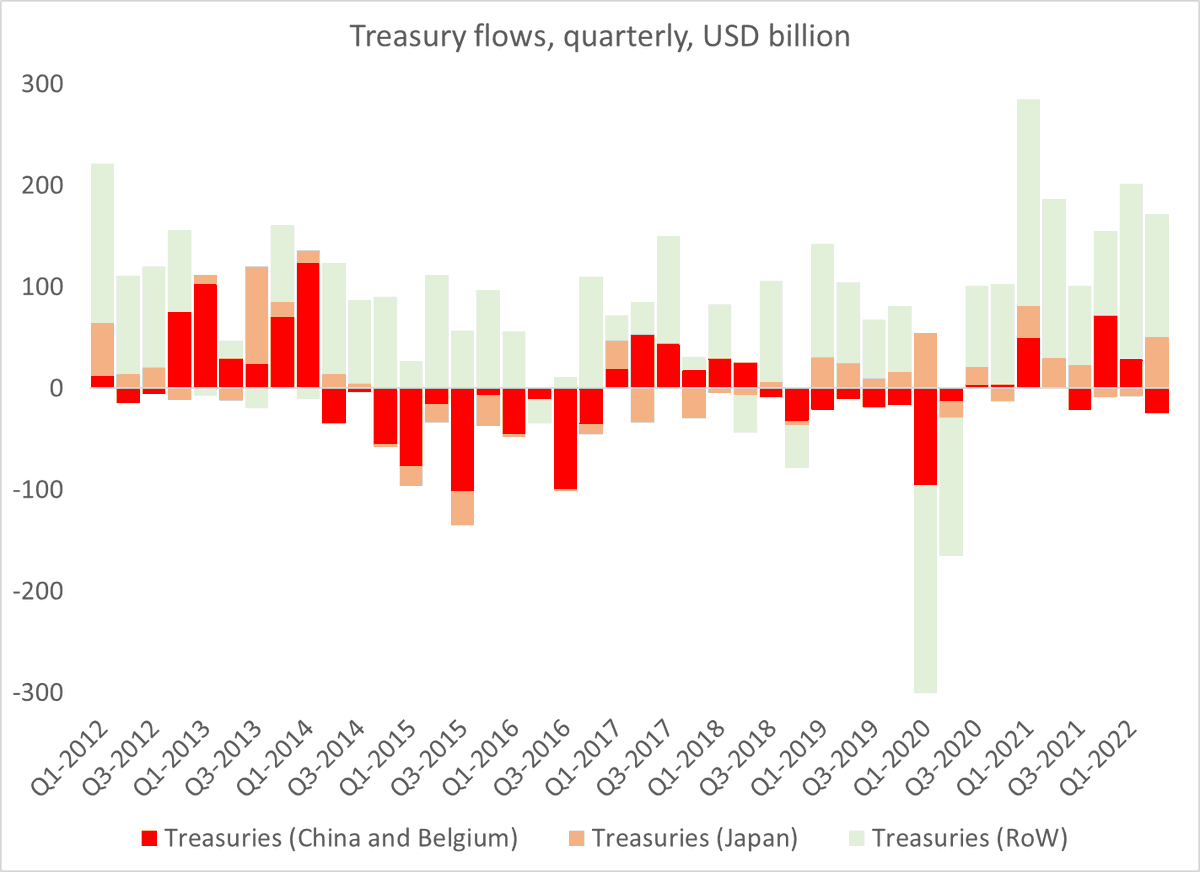 Two asides -- in q2, the (great) Bertaut-Judson valuation adjusted data shows that China clearly shifted from Treasuries to Agencies ... and up until Q1, China's BoP showed reserve growth, so the recent inflow from China over the last year "fits". 5/ 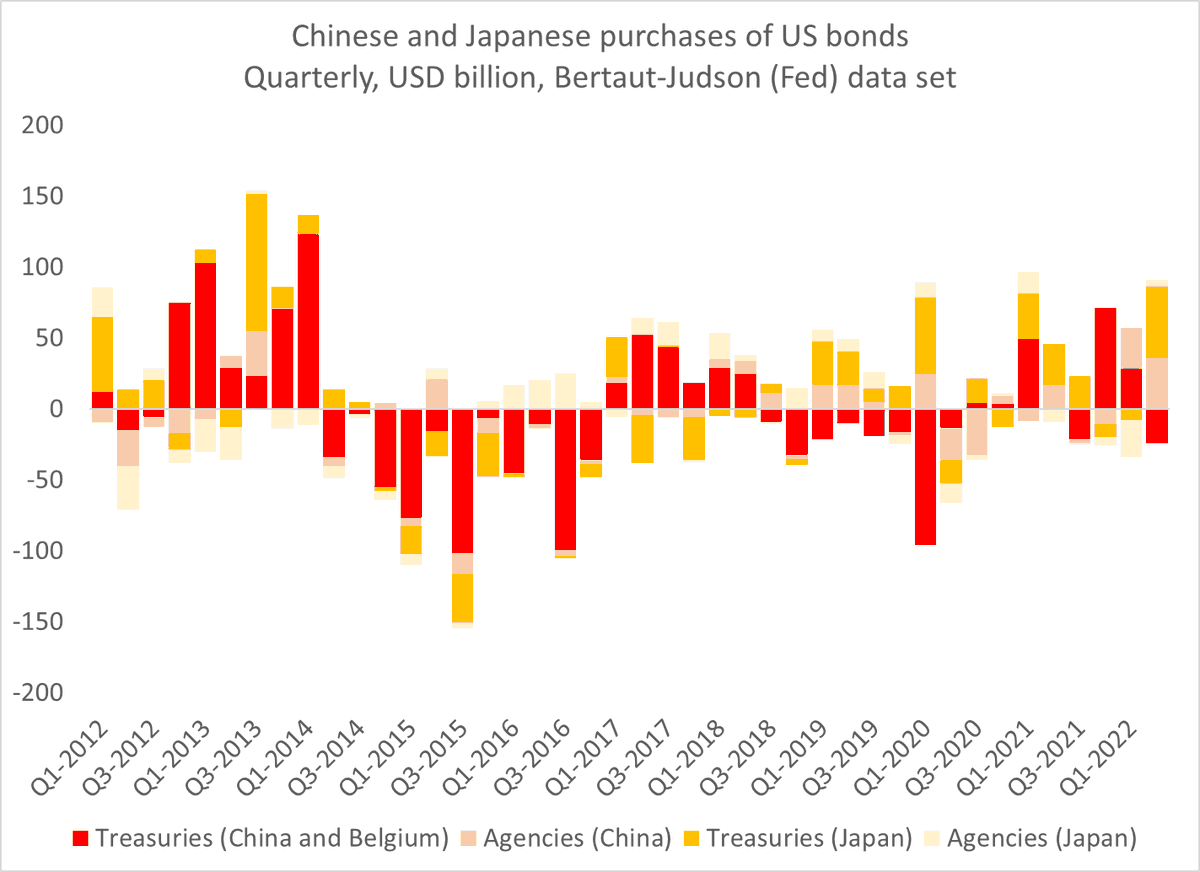 As I noted in the WSJ, Japan -- like many countries -- has a cash buffer as part of its reserves, and it thus can intervene without selling Treasuries. Japan's reserve disclosure shows around $135b of cash. 6/

But there is still likely to be a bit of an inflection point over the next few months in central bank demand for Treasures. The Saudis and Russians have plenty of inflows, but the Saudis aren't buying Treasuries and the Russian cannot ... 7/

And with most of Asia selling reserves (and dollars), over time Asian central banks will start to deplete their cash buffers and thus will likely be net sellers of Treasuries over time ... but it won't be a mechanical correlation on the day. 8/

And there is a big question of scale -- which is a little bit a function of Japan's future intervention policy, and a lot a function of what happens to China. (China, remember, still has a balance of payments surplus -- but private outflows don't tend to go into Treasuries) 9/9

CFR senior fellow. Views are my own. Retweets are not endorsements. Writes on sovereign debt and capital flows.