Hilary Mantel was a true alchemist. One of the most awe-inspiring passages in her novels is a sequence from "Bring Up the Bodies." Thomas Cromwell goes with William Kingston, Constable of the Tower, to visit Anne Boleyn in her cell. 1/

Mantel's historical source for the exchange in the novel was this letter, sent by Kingston to Cromwell on May 19, 1536, the day of Boleyn's execution. It's also the source for Boleyn's famously morbid quip: "I heard say the executioner was very good, and I have a little neck." 2/

What this letter shows is that Kingston, not Cromwell, was physically present when Anne Boleyn made her "little neck" quip. Cromwell never heard her say this himself, in other words: it was reported to him by the Constable of the Tower. 3/

BUT: Hilary Mantel really needs Cromwell himself to have heard Anne Boleyn talk about her "little neck." She wants Cromwell to see her put her own hands around her little neck and laugh. She wants the scene to be in the narrative present of the novel. 4/

So how can she get away with this? How can she put Cromwell there while knowing he wasn't? That's where the alchemy comes in. Here is how she wrote the scene in BRING UP THE BODIES. Read to the end. 5/ 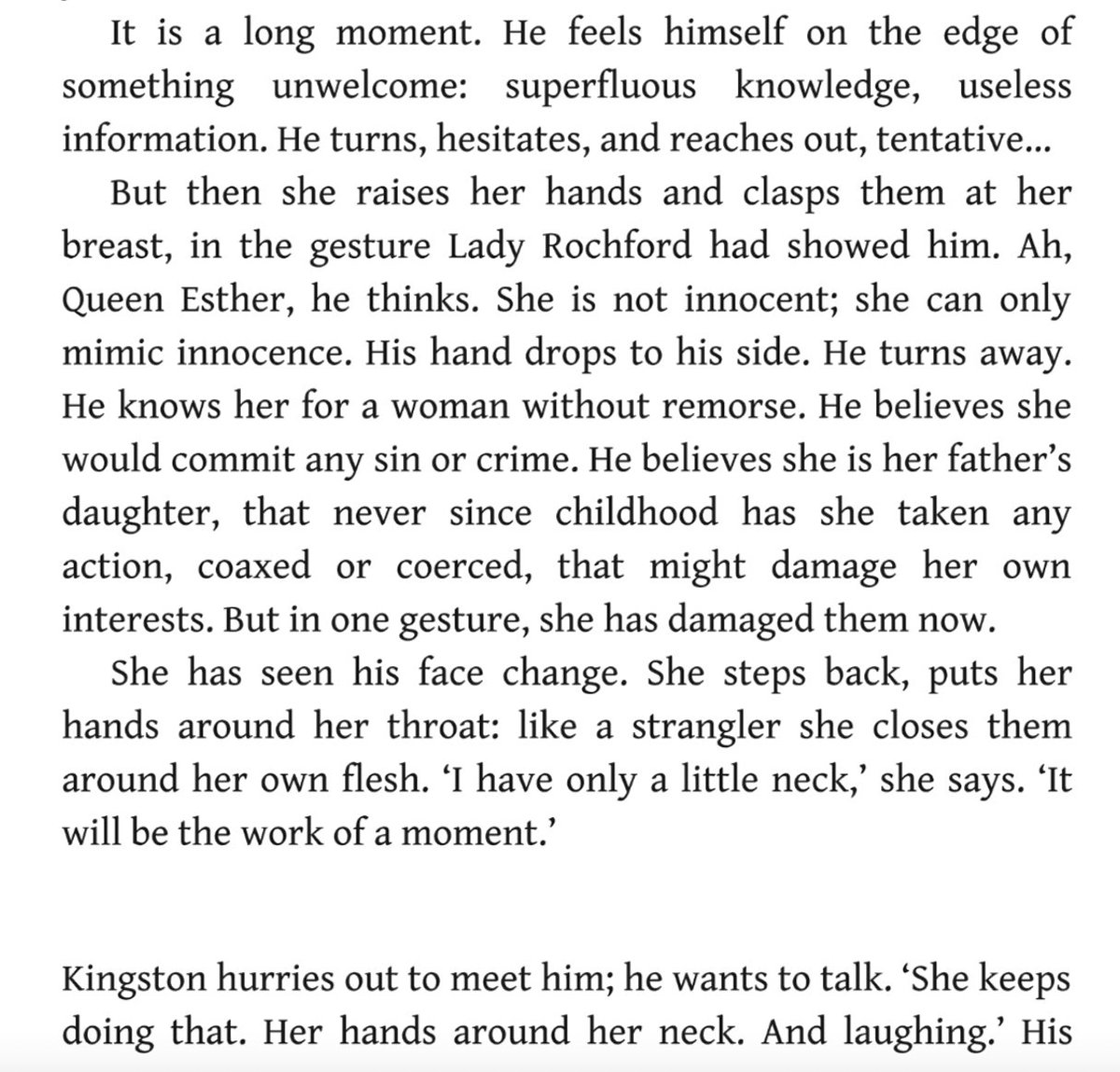 The key sentence is "She keeps doing that"--meaning Anne keeps putting her hands around her neck and making the "little neck" joke. In the chronology of the novel, Kingston's letter isn't even written yet. Which means in turn that... 6/

...Kingston wrote Cromwell on the morning of Boleyn's execution and reported that she had said the neck thing again--the quip Mantel had Cromwell witness himself days before. In other words, **Mantel reimagined the primary source itself rather than being constrained by it.** 7/

"She keeps doing that": it's the magical sentence that Kingston utters to Cromwell in the novel that lets Hilary Mantel stay true to the historical record while forcing it to work for her at the same time. Absolutely astonishing moment. One of thousands. 8/

Author of THE GIFTED SCHOOL (NYT review: https://t.co/iZH20MgA8C) and, next, THE DISPLACEMENTS, coming from @riverheadbooks in 2022. Editor @newlithist