So far, despite turbulence, investors haven't capitulated. That could change if the stock market takes another 10% hit (as the two-year yield suggest it might). 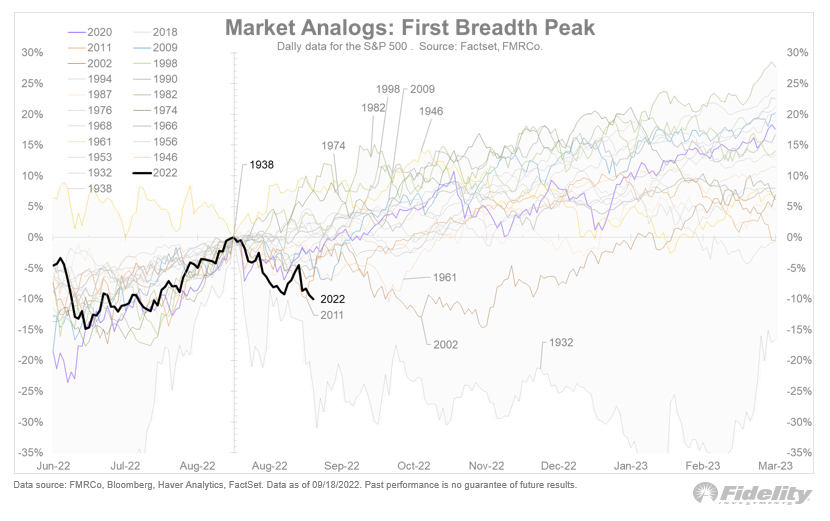 The 17% rally from the June low to the August high failed right on cue, after reaching technically overbought levels and retracing half of the decline. /2

The chart above shows what happens after the first breadth peak following a major decline. During new bull markets, such technically overbought conditions are often ignored (a sign of strength). /3

But during bear markets, they tend to be the kiss of death, and a sign that the bear market is ready to resume. This looks more like a bear market rally than a bull market to me. /4

Technically, such a new low could spur all kinds of momentum and breadth divergences, given how oversold things got at the June low. /END 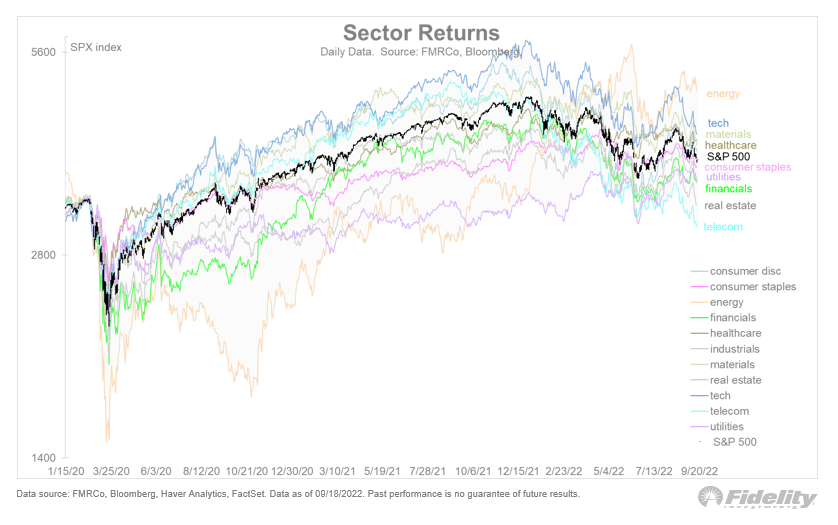