SCOOP: A Forbes investigation based on leaked documents, former employee testimonies, and blockchain data found that as @Helium🎈 crypto execs touted the equality of the "People's Network," they quietly amassed the majority of its wealth at the start. forbes.com/sites/saraheme…

Crypto Darling Helium Promised A ‘People’s Network.’ Instead, Its Executives Got Rich.

For the past two months, @David Jeans, @Phoebe Liu (she/her) and I have looked at this company hailed as the best example of crypto's real-world utility. By incentivizing regular people to buy $500 hotspots that also mine tokens, it successfully built a massive global wireless network.

Though the money + hype poured in, however, we found that Helium only generated $92K from its network being used over the past ~year. Just $1500 for the month of August. Meanwhile, its community has purchased more than $500M worth of hotspots, and their rewards have plummeted. 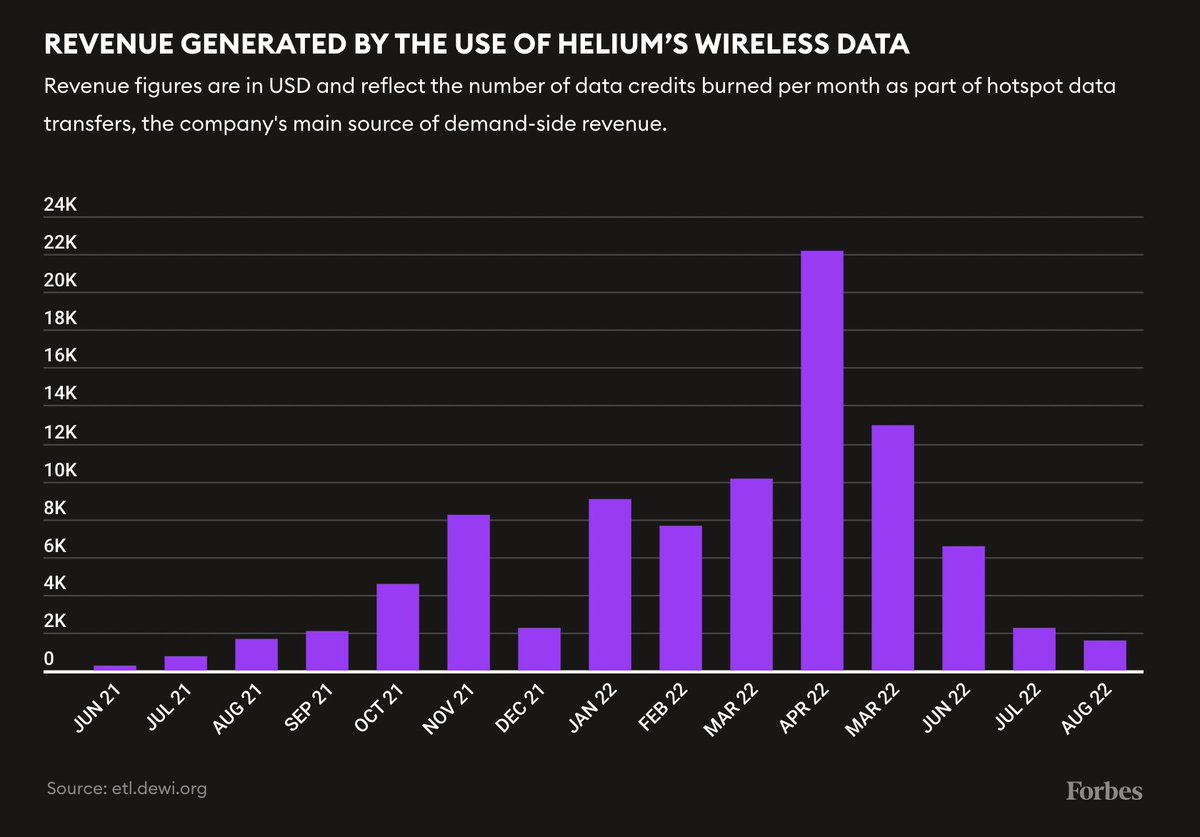 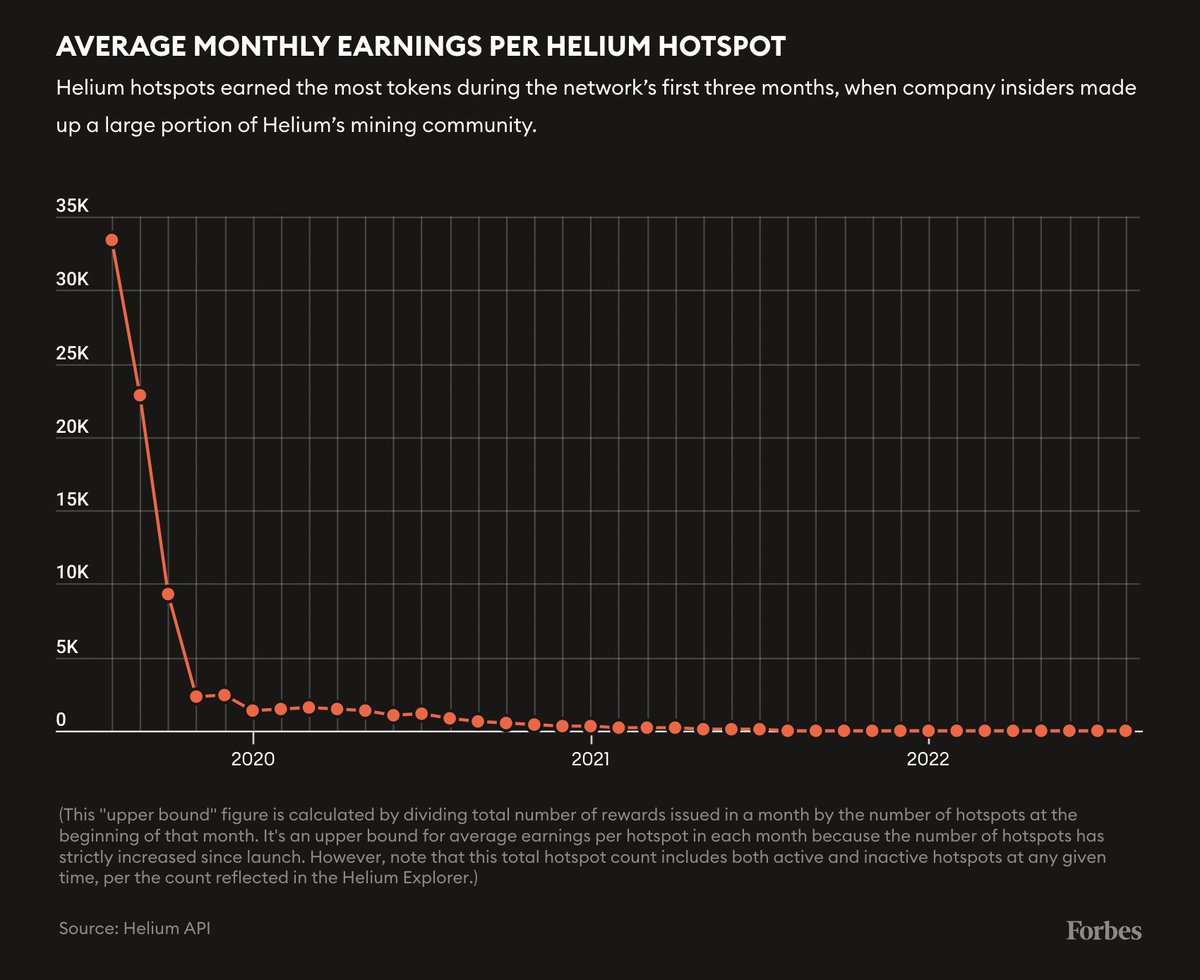 We decided to look at how Helium executives + investors were using the decentralized "People's Network." Our reporting relied on info from thousands of pages of leaked internal documents and data accessible via Helium's blockchain. We also spoke to five former employees.

We identified 30 wallets that appear connected to Helium employees, their friends and family, and investors. This group mined 3.5M tokens in the network's first three months. Within six months, more than a quarter had been mined by these "insiders," at a peak value of $250M.

Compare these earnings to those of one miner who told Forbes she's lucky to make $5 in three months. When asked if Helium should have disclosed insider gains, CEO Amir Haleem said, "I don’t know why we would be asked to be in a position to reveal anything about these people."