To celebrate the game's 2nd Anniversary, Project Sekai's 1st live concert, "Project Sekai Colorful Live 1st Link" will be streamed on YouTube FOR FREE! The livestream will be held on October 1st at 19:00 JST and please do note that the stream will NOT be archived! 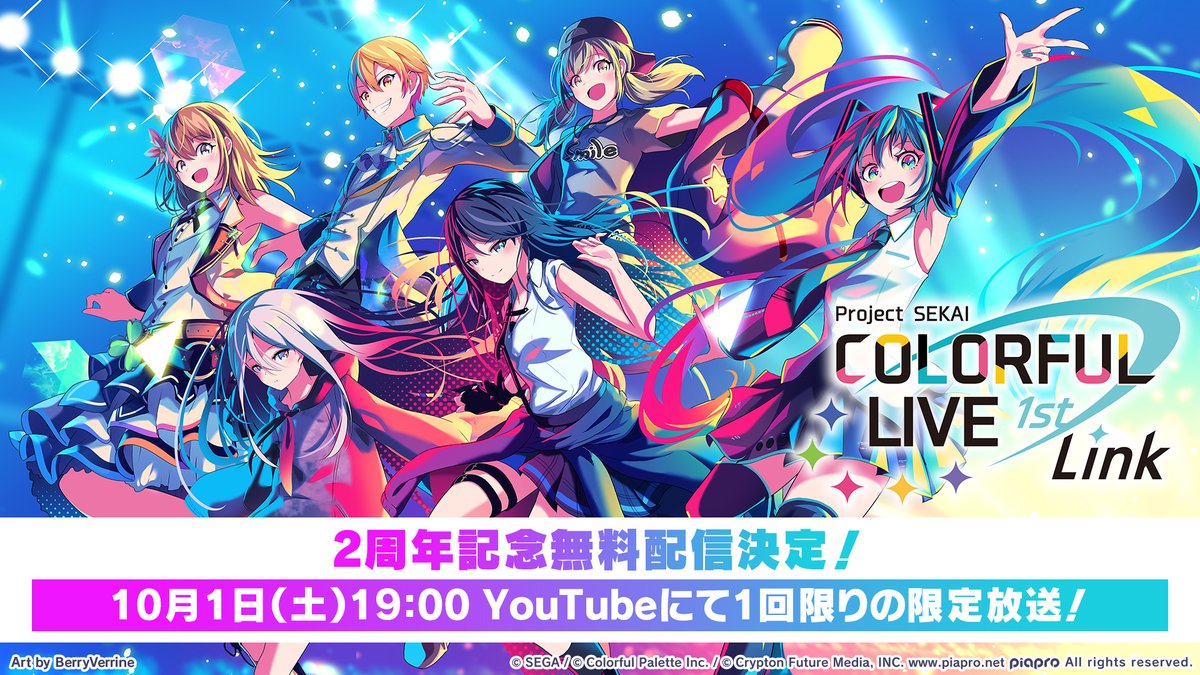 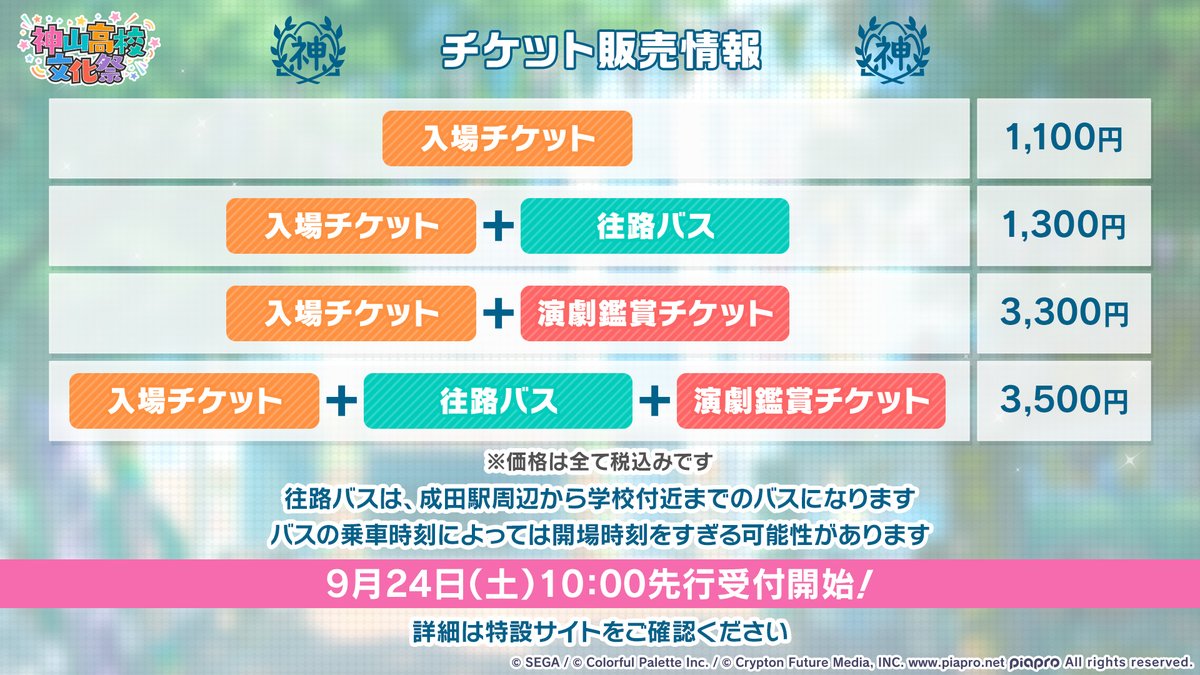 NOTE: The bus ride will take you to near the school from Narita Station. Depending on the bus boarding time, there is a possibility that you may arrive a lot later to the location.

Another preview list of the booth/events with the characters related to them has also been shown! 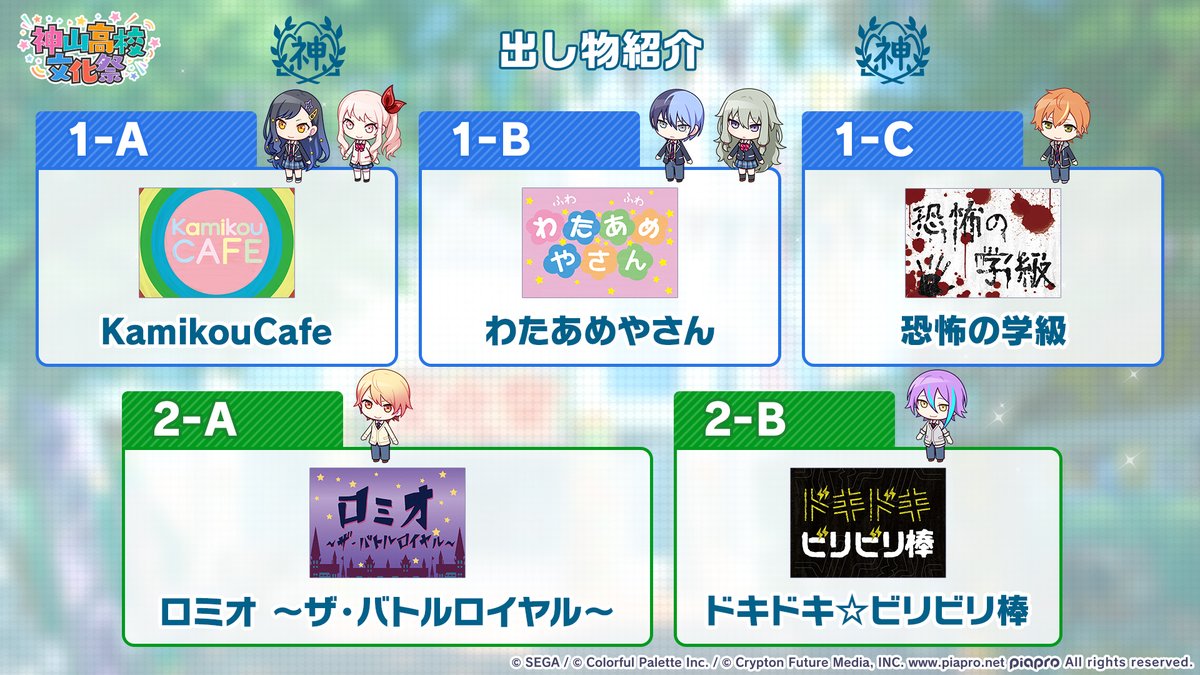 A collaboration between Project Sekai and one of Japan's largest online shopping sites, ZOZOTOWN, has been announced! More details about the collaboration will be released in November! 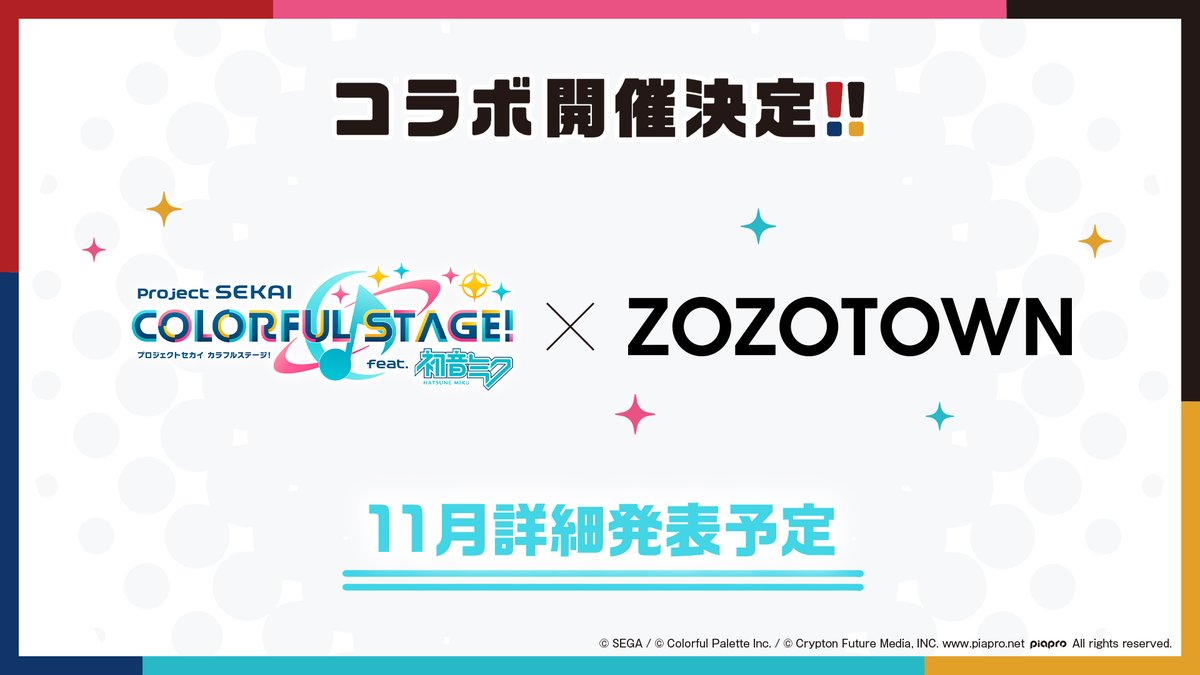 There will be 6 featured brands for the collaboration! Each brand will feature one unit, and one illustrator! 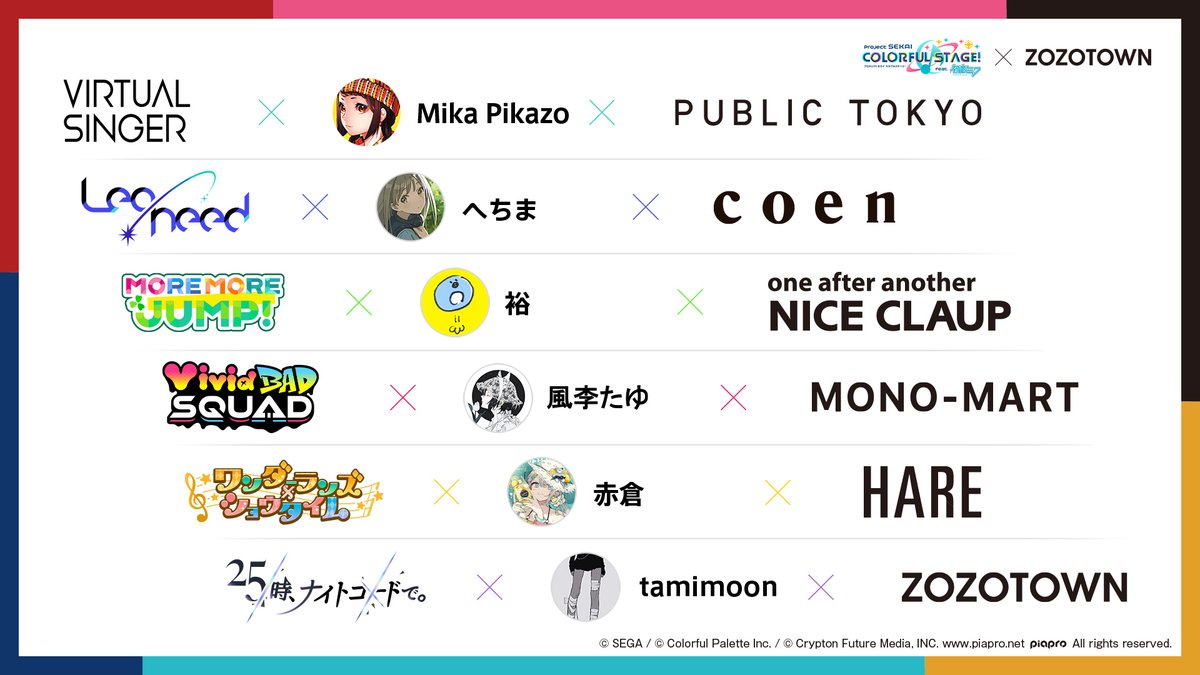 From September 25th until September 29th, the "Pre-2nd Anniversary Reminiscence Campaign" will be held! Interview videos featuring 4 creators who love Project Sekai will be released, alongside a special hashtag campaign where you can tweet out your memories with the game! 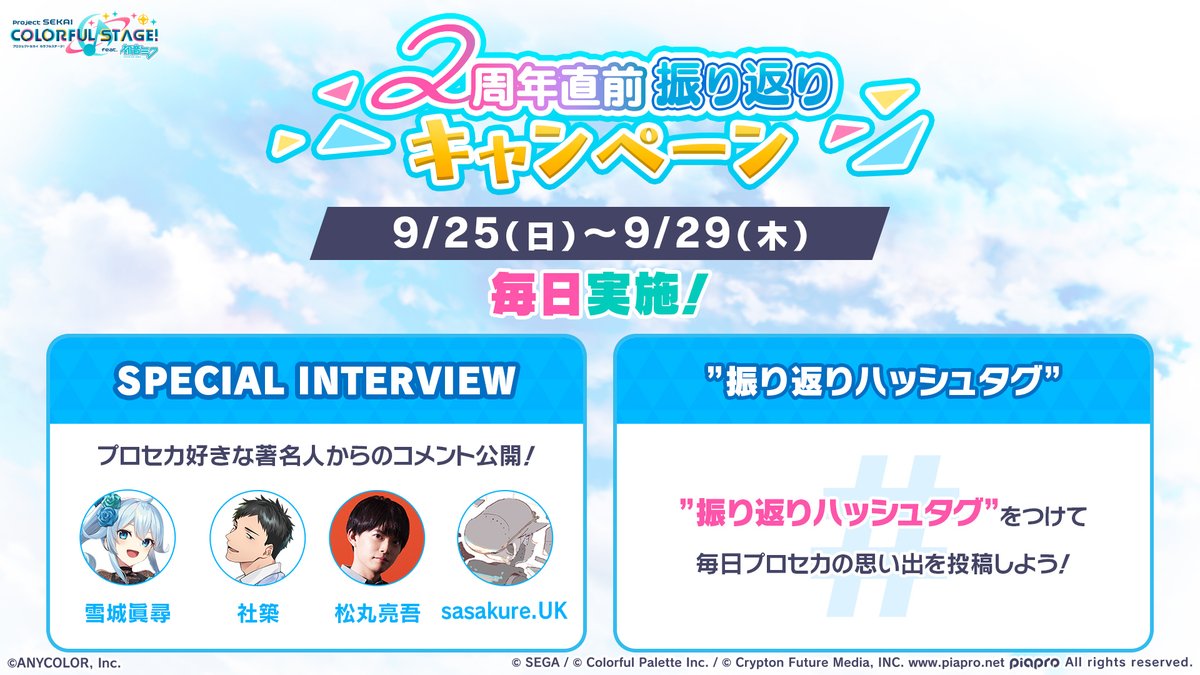 Every day for 5 days starting on September 25th, special piano medleys by Marasy will be released/premiered on Project Sekai's YouTube channel! Each day will feature a different unit, look forward to them! 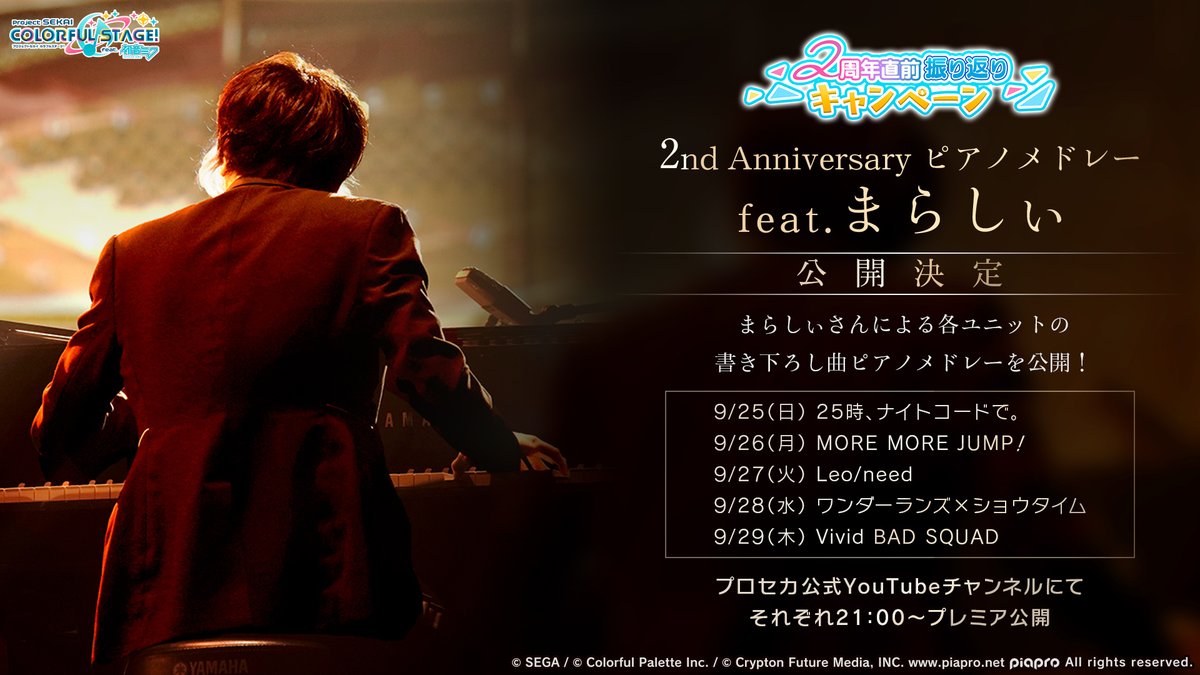 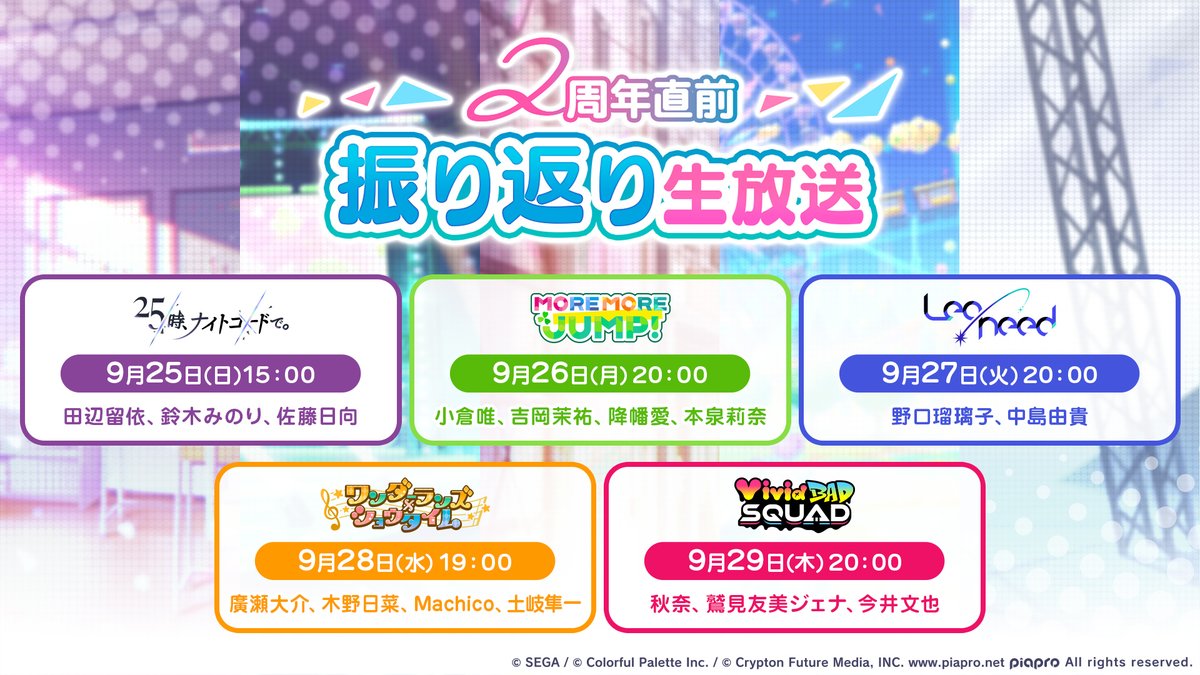 A special livestream to celebrate the game's 2nd Anniversary will be held on September 29th at 23:30 JST! The livestream will feature Honnizumi Rina (Shizuku), Akina (Kohane), Hirose Daisuke (Tsukasa), and Sato Hinata (Mizuki)! 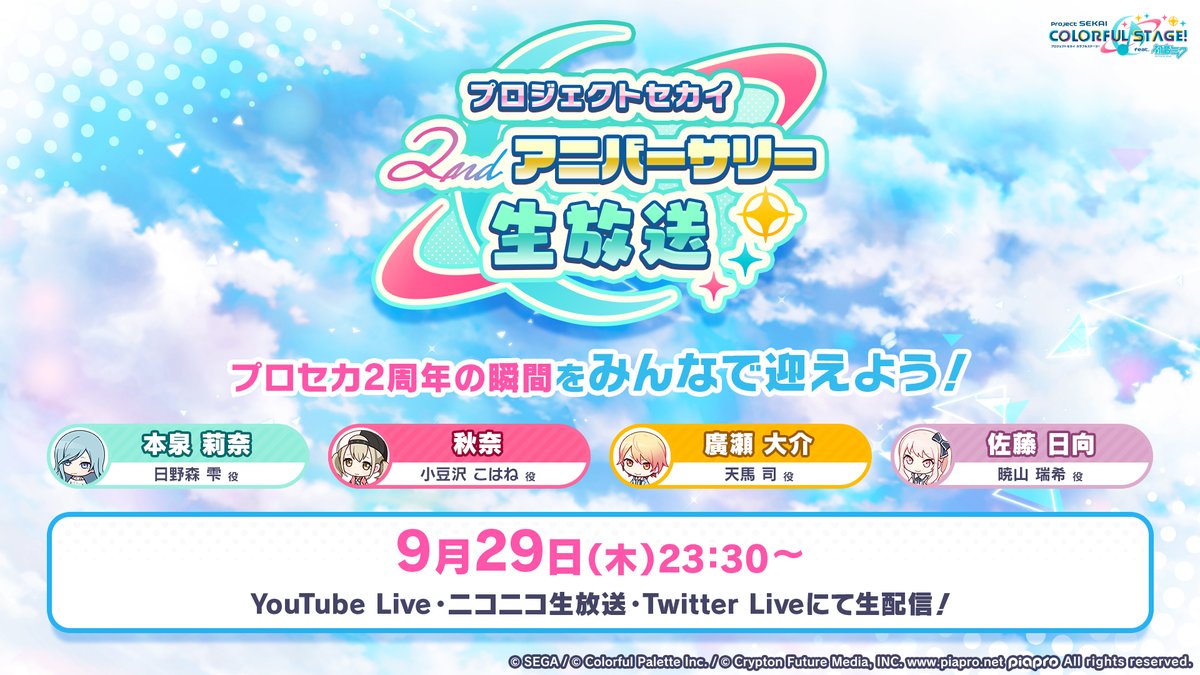 Project SEKAI COLORFUL LIVE 2nd - WILL has been announced!

We also have the main visual for the live concert, drawn by mele! 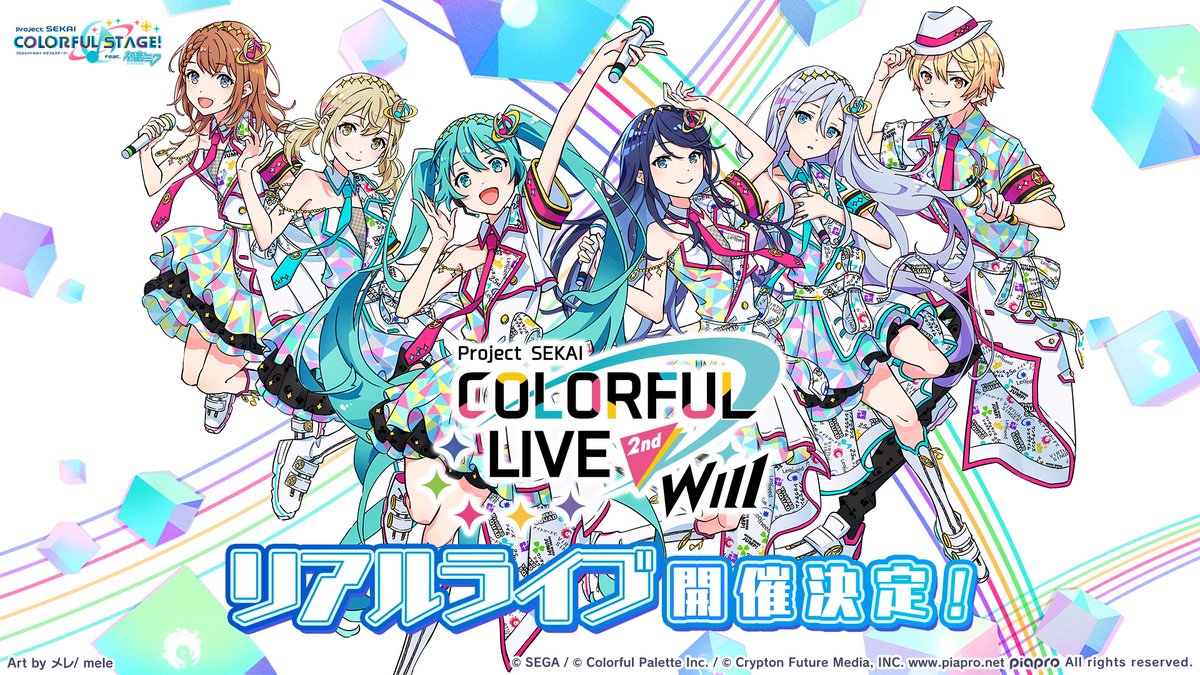 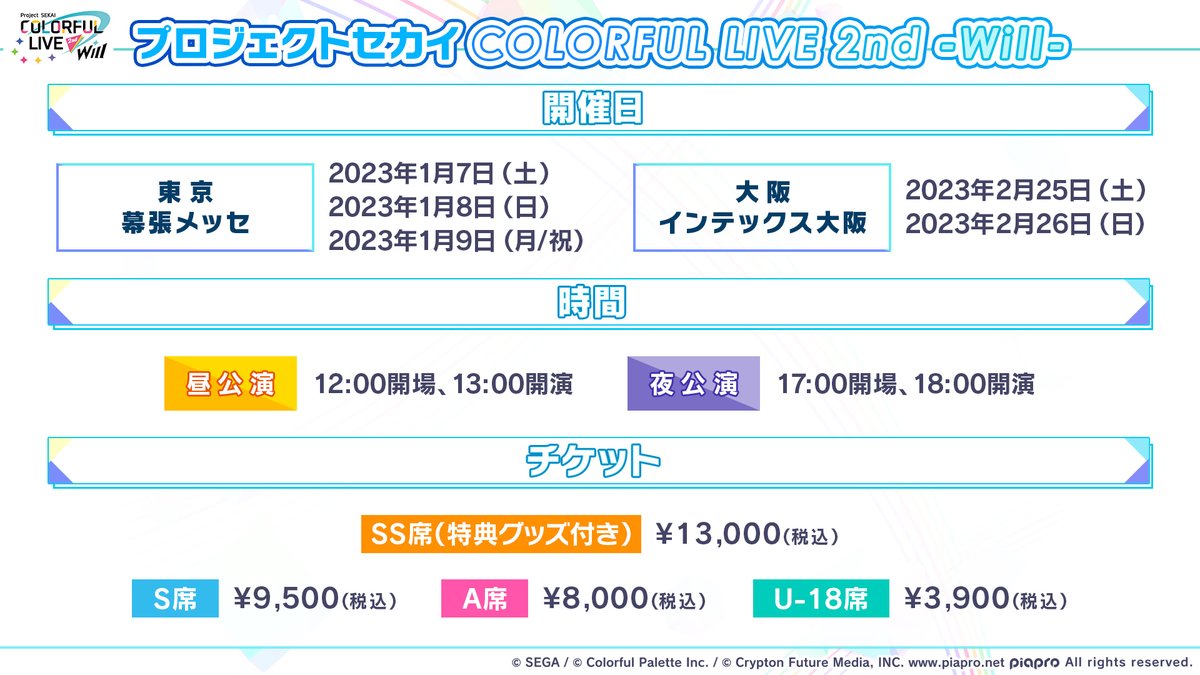 Proseka 2nd Anniversary Poster Campaign has been announced! Various advertisement posters of Project Sekai can be found in 47 prefectures in Japan! If you happened to be in Japan and found a poster, be sure to tweet them out with the hashtag #プロセカ広告 ! 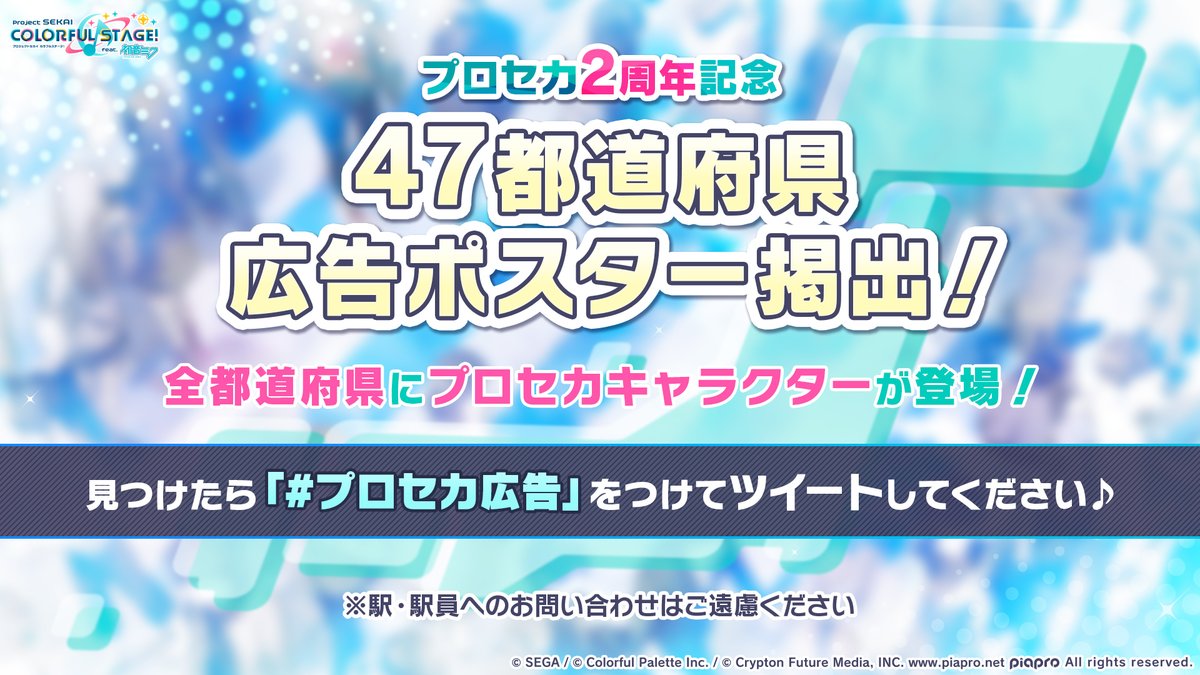 As a refresher: Last year's Poster Campaign for the game's 1st Anniversary! pjsekai.sega.jp/1st/postercamp…

The jacket cover illustration for Vivid BAD SQUAD's 3rd single has been revealed! The art was drawn by PAN:D (@PAN:D)! 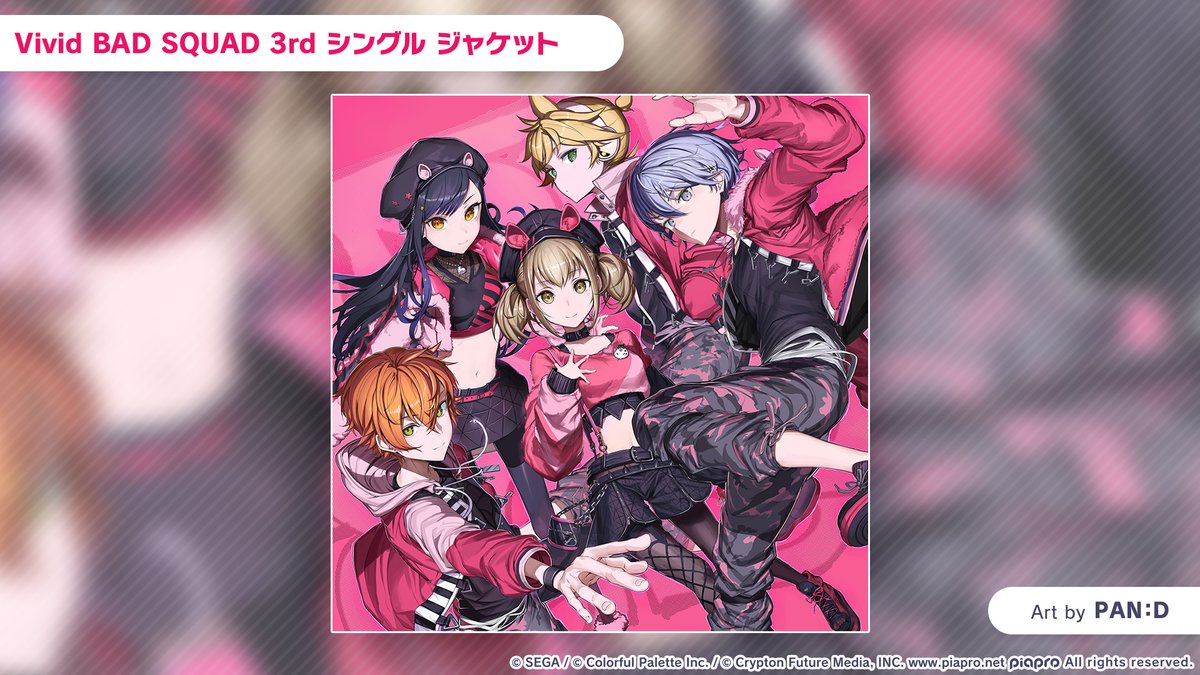 Lastly, Miku from the main visual for "Project SEKAI CHAMPIONSHIP -2022 Autumn-" will be getting a scale figure made by SHIBUYA SCRAMBLE FIGURE! 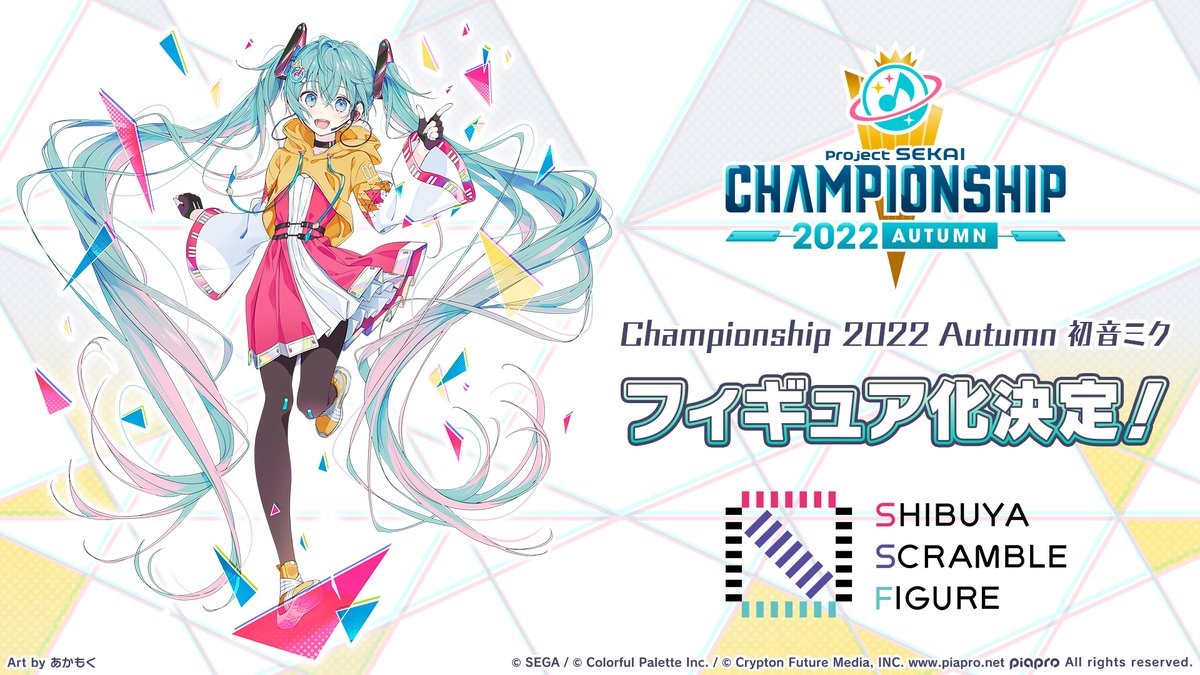 SHIBUYA SCRAMBLE FIGURE also previously made the scale figure of Miku based on the "RAGE Project Sekai 2020" main visual, which can be seen here! 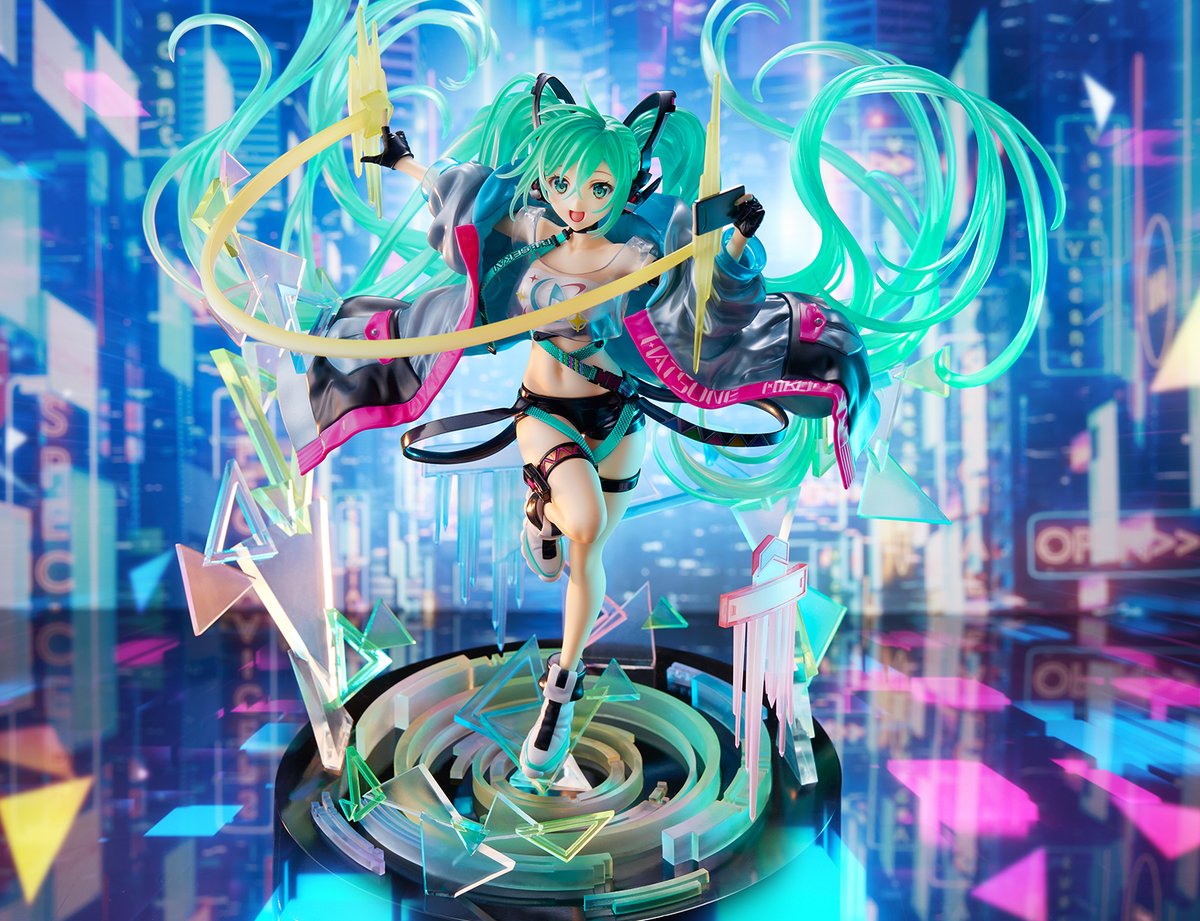 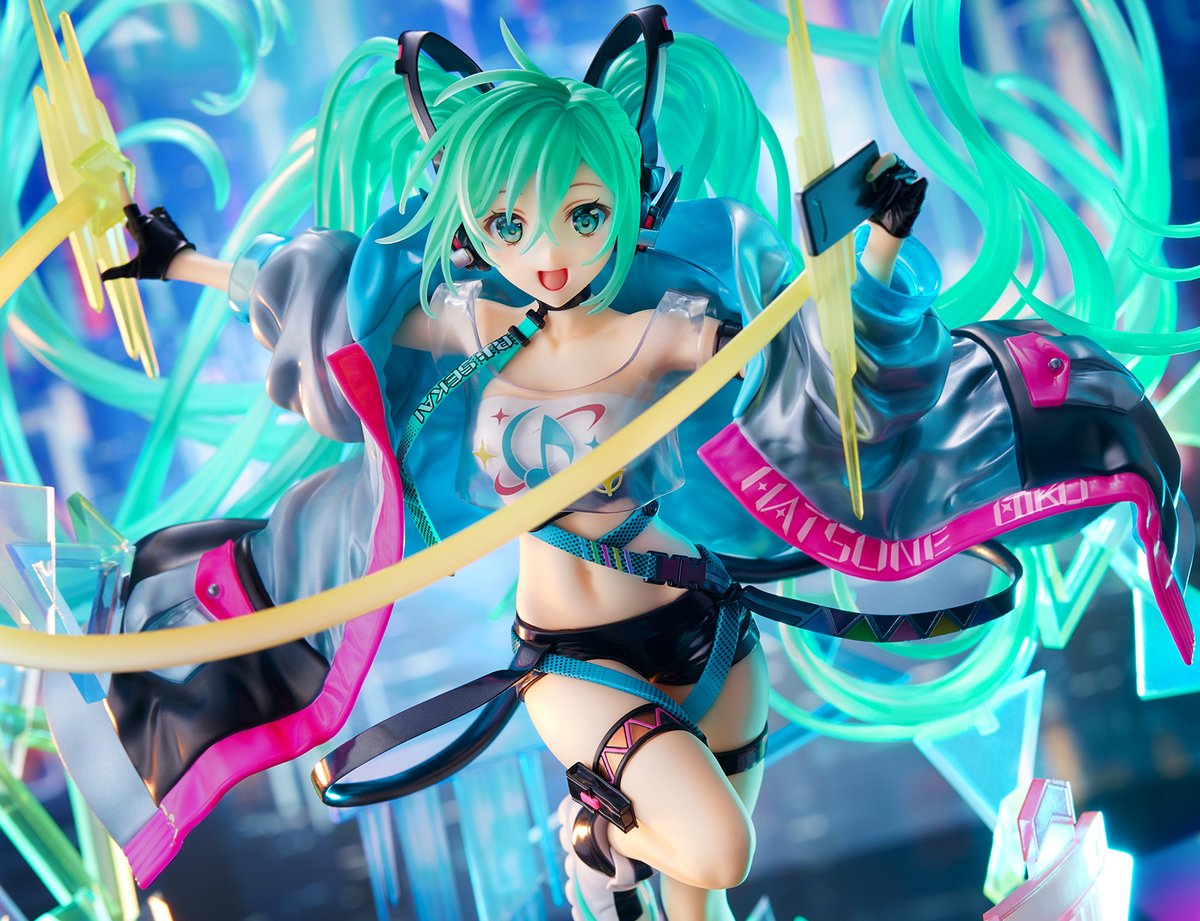 And that's all for Misc. News!

This is an UNOFFICIAL English news account for the Japanese release of the mobile game 'Project SEKAI COLORFUL STAGE! feat. Hatsune Miku'! ※非公式です