re: CCS’s School Board race and the “DEI Question” Locals pls read! B/c the stakes are *high* in this election. We need to be clear about exactly what those stakes are. Part I: Where we were/Where we are (Parts 2 and 3 coming soon) 1/

So… Carmel (like many other ‘burbs) doesn’t have a great history of inclusion. In particular, anti-Black racism has long had a home here. We, like other Indy suburbs, were a big destination for white flight after 1949... tinyurl.com/mtkm2e94 2/ 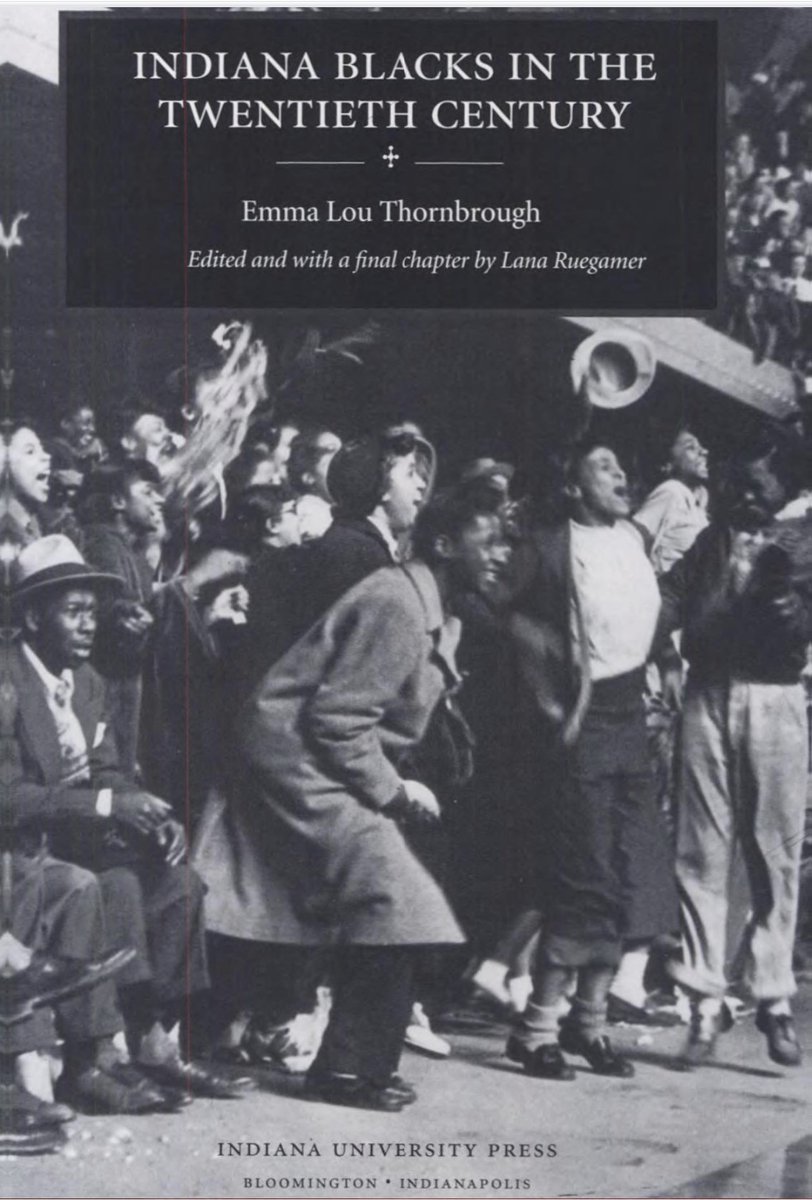 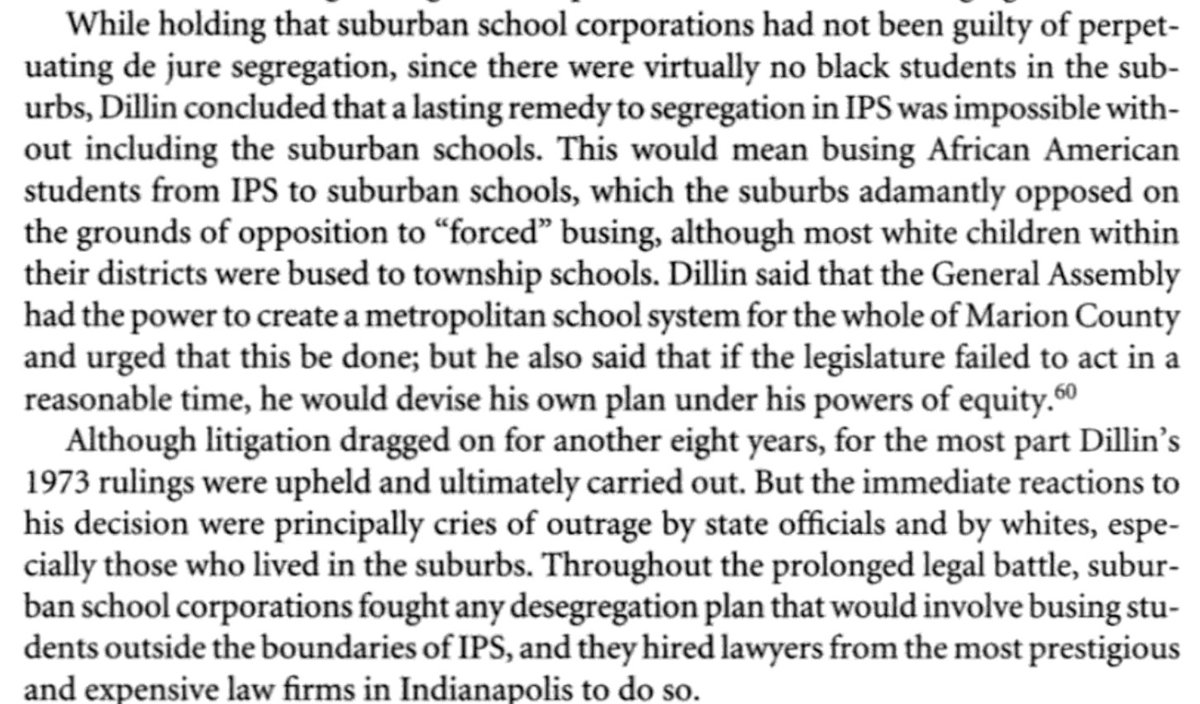 We still have a bad reputation for it :( Why Carmel has a negative reputation on race relations (IndyStar): tinyurl.com/3psudrsj ‘The best place for all to live’? (Current): tinyurl.com/yu228ej2 4/

‘The best place for all to live’?: Black Carmel residents speak out on frustrations, building more...

We’ve been shaped by this history, but we want to be better and do better! And so for years our local gov’t has been working hard to demonstrate & celebrate progress toward greater inclusivity for ALL. Our schools have, likewise, been walking this path. 5/

Everyone knew CCS had room to improve. But few in town—not even the families most affected—knew *just* how bad the schools were for students marginalized by racial categorization & esp. for Black kids. Everyone knew stories they hoped were exceptions; few had a full picture. 6/

So in 2020, a group of Black Carmel families, their friends, & supporters, hoping to make the schools more welcoming to ALL children/families, tried to assess the scope of the problem. And Carmel folk never do anything by halves. 7/

They collected data. They found quantitative analyses of disparities in discipline and academic achievement by race in Carmel. And they lined this up with qualitative data gleaned from EXTENSIVE interviews (>10 hrs of footage) with dozens of CCS families. 8/

The testimony they captured—heartbreaking accounts of kids bullied w/ impunity for their race, of microaggressions, slurs, & disproportionate/disparate discipline, of cruel assumptions, of parental advocacy being ignored—was astonishing, even to the citizens collecting it. 9/

(This 22-minute video is a VERY abbreviated compilation of some of the testimony that could be released to the public) youtube.com/watch?v=EnaHAB… 10/

One mom described the effect of constantly having to advocate for her kids in the face of rampant anti-Blackness and implicit bias, year after year, as “battle fatigue.” 11/

They brought their whole case—the data, the narratives, & their advocacy for a better Carmel—to Dr. Beresford & Admin in many meetings over several months. They suggested 12 realistic ways to ameliorate the situation, so ALL students would feel safe in CCS. 12/

Their #1 "ask" was that CCS hire a DEI coordinator. A few months later, Admin announced that they'd agreed. They hoped that this bold, comprehensive approach would tackle the problems as effectively as possible. In January 2021, the new DEI coordinator came on board. 13/

And she’s already made a WORLD of difference. For ALL the kids in CCS. Her work in equity means that her focus is meeting every student where they are and giving them what they need to succeed. 14/

She has overseen cultural competency trainings for all district faculty and staff, w/ additional trainings for LGBTQIA+ awareness, since, based on the data she collected/surveyed, LGBTQIA+ kids were frequently being targeted for extreme bullying. 15/

She's created several educational speakers’ series for teachers’ PD and for community members to begin “Courageous Conversations.” She is working tirelessly with admin to recruit the best possible teachers from the widest possible range of racial and cultural backgrounds. 16/

She has created student advisory panels, so students can have more of an impact on school-level and district-level inclusivity work. 19/

In short, she has laid important groundwork for improvement in inclusivity, giving students and families more opportunities to advocate for their children and giving teachers a better understanding of their students and their students’ families. 20/

And this is ALL on top of dealing with discrimination incidents when they happen and ensuring that CCS is in compliance with federal regulations. *And* this is just 18 months into her time here. (also, I’m sure I’m forgetting a TON.) 21/

She has made an *incredible* difference, and the path forward—to where CCS, working with parents and community members, really *does* meet the needs of ALL of its students— is becoming clearer. 22/

Students who once felt marginalized and discriminated against are telling their parents, their administrators, and their teachers that they are feeling HEARD for the first time. 23/

And it’s all thanks to the tireless work of families who refused to give up on Carmel, who refused to let Carmel fall short of its own aspirations toward inclusivity. 24/

Losing our hard-won DEI Coordinator & an admin team who backs these efforts would be CATASTROPHIC. For students, for families, and for the broader community that needs the schools to be fruitful for all students in order for the whole town to thrive. 25/

It would also be catastrophic for CCS’s continued reputation for academic excellence. To learn and to thrive, students need safe spaces for free inquiry–they need to feel like their voices and their ideas matter. 26/

And they need to be taught accurate history, no matter how difficult; they need to be made aware of the variety of human experience. DEI is making CCS academically *more* rigorous, and leading to higher academic achievement and college preparedness. 27/

We need to vote for School Board candidates who will 100% commit to safeguarding this progress, who enthusiastically support the DEI coordinator and support her supporters, including Dr. Beresford and Dr. Oestreich. 28/end