The pound has plummeted against the dollar in the hours since Kwasi Kwarteng’s mini budget. But did one cause the other? And what does it mean for inflation? @C4 News FactCheck thread. 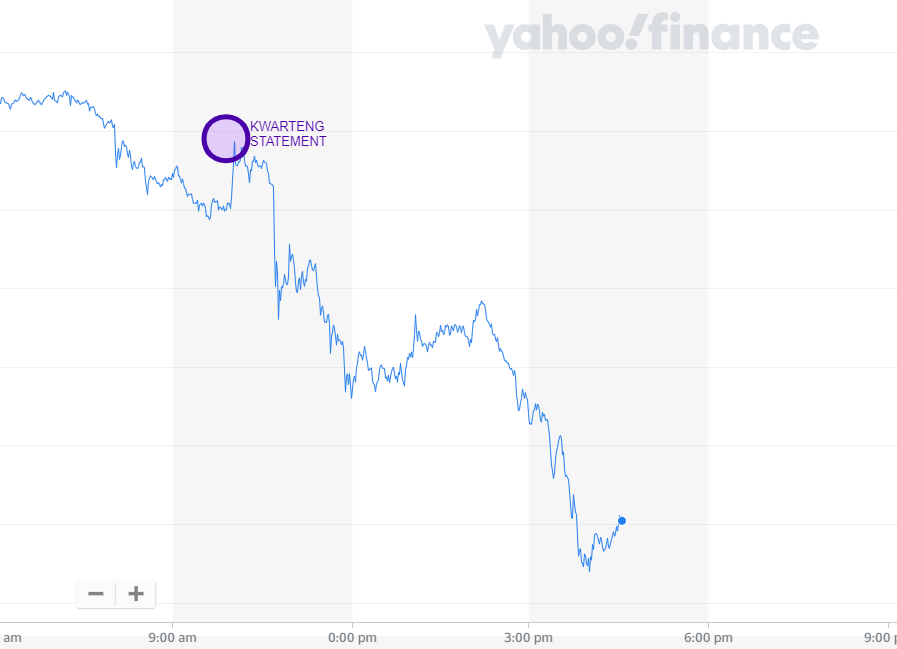 The new chancellor has just announced the biggest set of tax cuts in 50 years - here’s @Institute for Fiscal Studies graph. 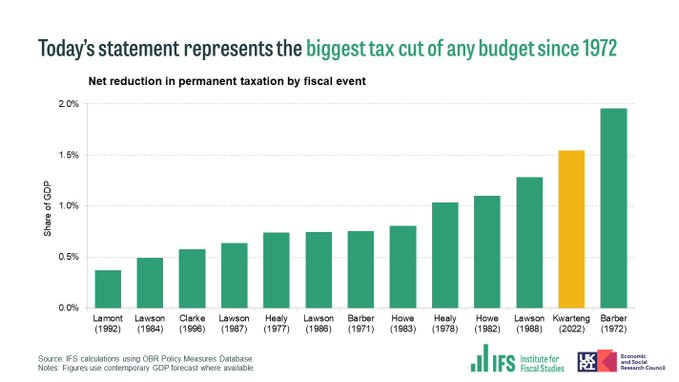 He plans to fund it by borrowing money. Though the UK's debt is lower than some major economies’, investors are often wary of putting money into countries that are increasing their own debt.

So is *that* why the pound is falling today? Sterling has performed badly against the dollar since February. Russia’s invasion of Ukraine made both the pound and euro less appealing, partly because Europe is more exposed to the current energy price crisis.

The US Federal Reserve has also raised its interest rate, which means investors have more incentive to buy dollars and put them in US banks. So the pound *and* the euro have been in decline for some time, while the dollar has strengthened.

But today’s sharp fall in the pound was not matched by the euro, and it came directly after Kwasi Kwarteng’s speech. So it looks like the UK’s mini budget has exacerbated existing issues with sterling.

A falling pound is bad news for the cost of living because the UK relies heavily on importing goods from abroad. A weaker pound means UK companies have to spend more to import goods - and these extra costs are often passed on to the consumer.

Testing the claims of people in power. For more news follow @Channel4News