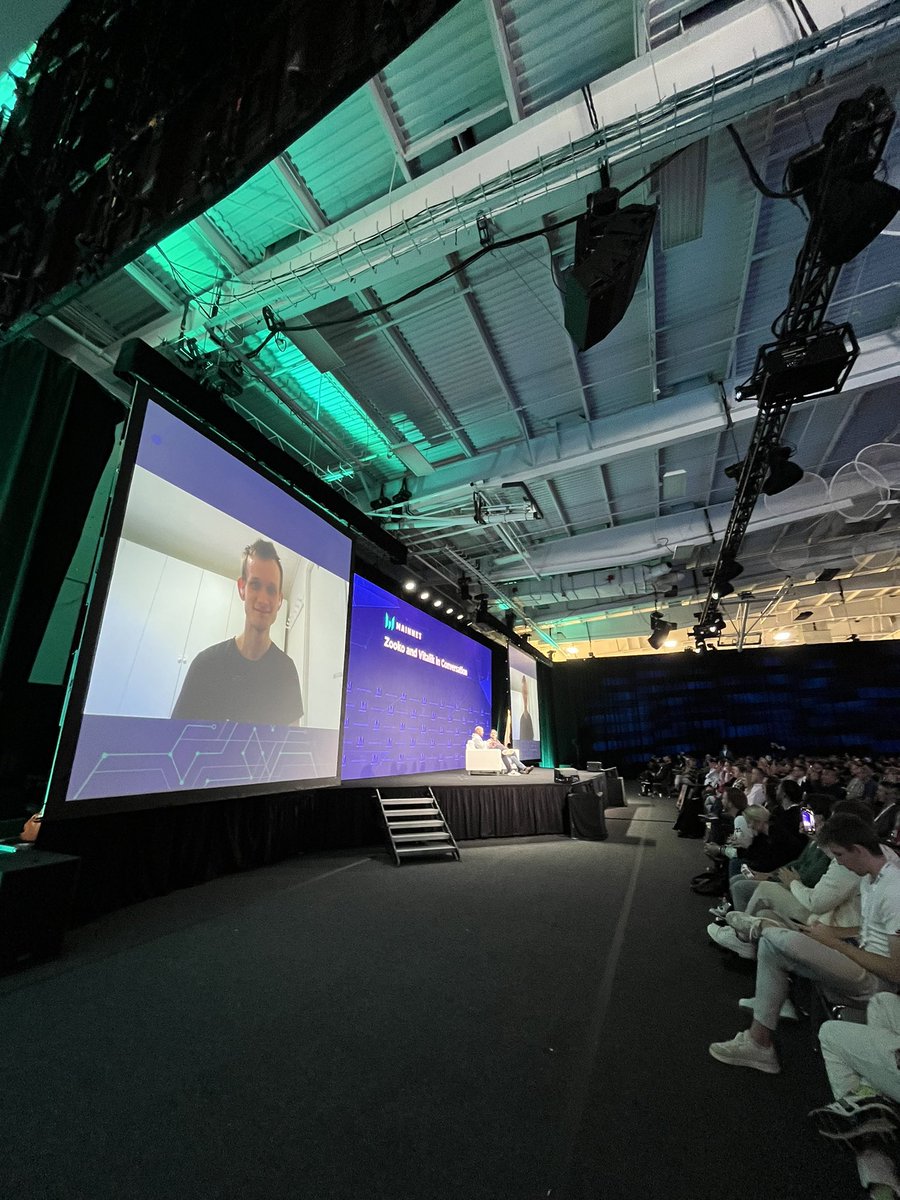 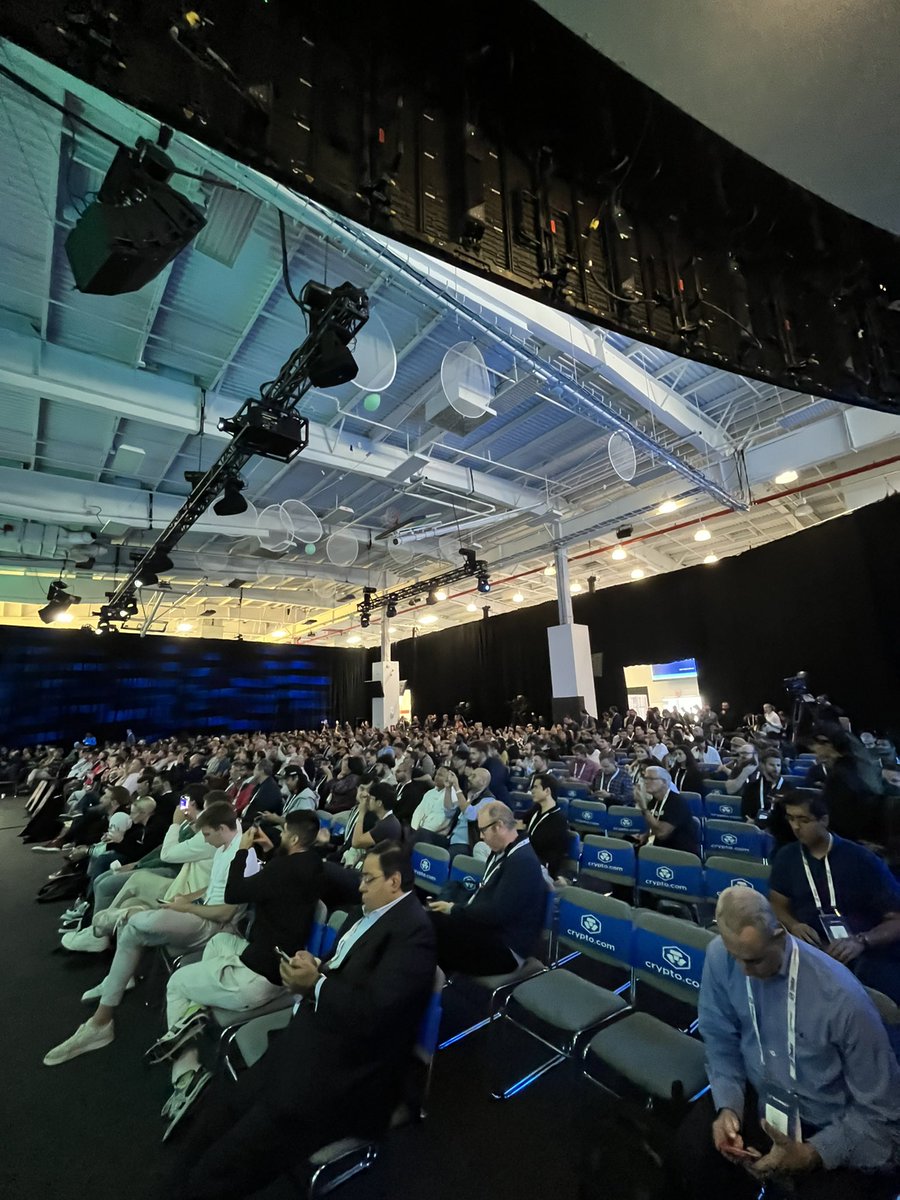 "Bitcoin is the first technology I've loved that loves me back," @vitalik.eth told @zooko❤ⓩ🛡🦓🦓🦓 in an early conversation, pre-Ethereum #mainnet2022

I was waiting to see Ethereum go Proof-of-Stake first to see what goes wrong.

Much clapping and cheers from the crowd for a "historic" Merge by the Ethereum community. Now we're getting into the nitty gritty of it with @Ryan Selkis 🥷 leading the questioning.

"Unlike The Merge, The Surge will be much less of a single event. It will take place in stages," says @vitalik.eth of the next major milestones on the Ethereum roadmap. #mainnet2022

"If you want to bet against a 100 or so very smart people, I have a hypothetical time machine to go back in time to go back to before The Merge," says Vitalik on Ethereum researchers working on decentralization and censorship-resistance on the network. #mainnet2022

This posture has now been dubbed "Dark Vitalik" by @Ryan Selkis 🥷. "It's nice to see Dark Vitalik with more swagger post-Merge." #Mainnet2022 things.

"You're right you can't put privacy into the [Ethereum] base layer in the next five years. I don't know if you're right that [the attempt to] re-decentralise the block producer ecosystem is going to be successful," says @zooko❤ⓩ🛡🦓🦓🦓, noting his skepticism. "We'll see," V replies.

Selkis: Should all networks move to PoS? "I'd say should ... as PoS matures I would expect it to increase in legitimacy over time. I hope @Zcash 🛡️ moves over and I am hopeful @Dogecoin moves to PoS soon," — VB #mainnet2022

Selkis: Most important thing in the next 18 months? Zooko: The Zcash community has a really important role to play. We're already here; we have this technology layer; we already have the culture that privacy is normal. That's going to make a difference." #mainnet2022

Vitalik: Transaction fees can feel like just a number, but for the communities we want to have ... outside wealthy countries ... the difference between 3 dollars and 3 cents is a really big deal. And that's something we need to actually deliver on. #mainnet2022