After almost nine and a half years, 5,903 matches in charge, three laptops, three houses, one T-Rex USB stick, and one very famous Croatian newgen, I've finally completed a century of seasons in Football Manager. Here are the major title winners of the last one hundred years. 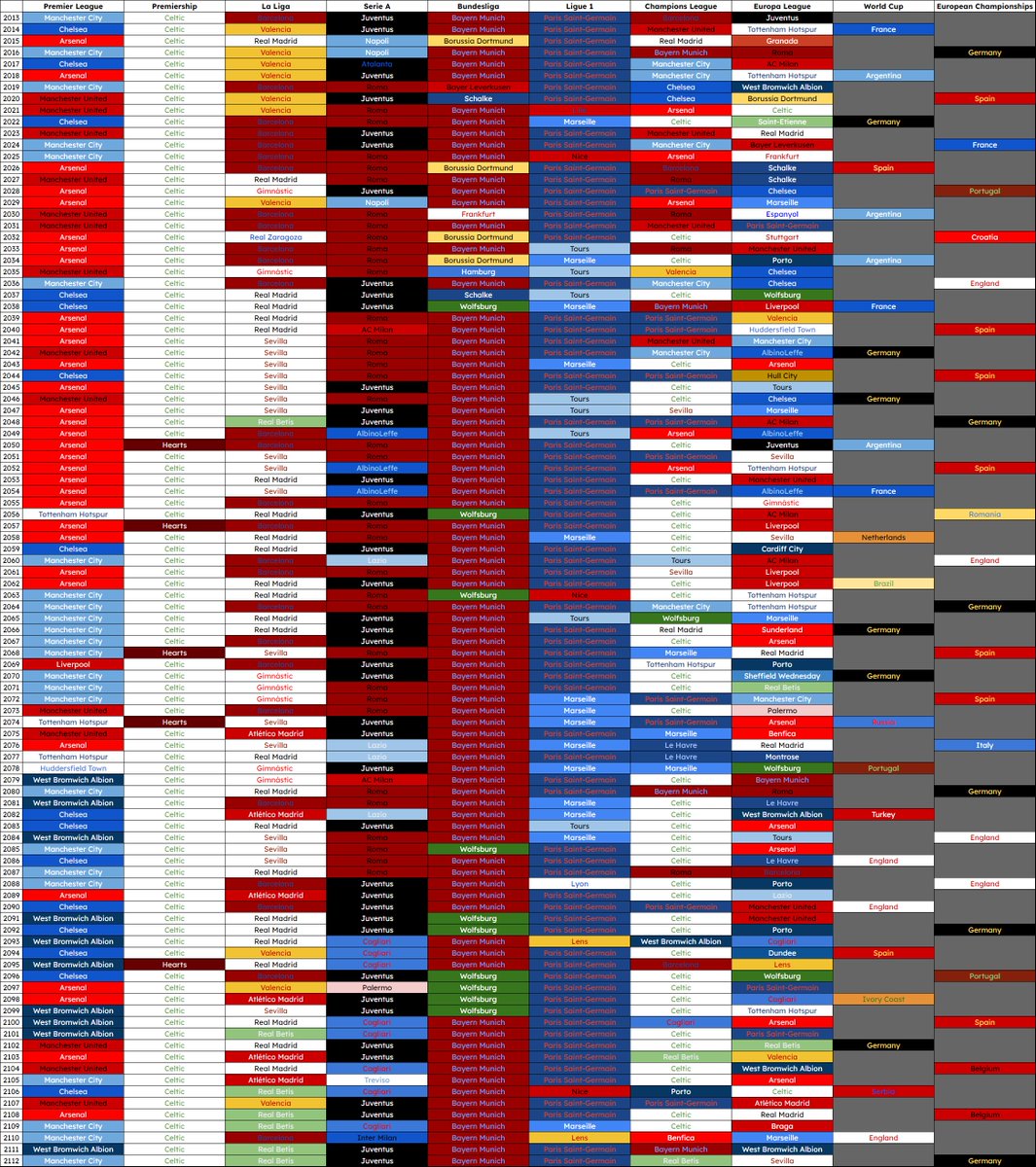 Jimmy McGrory's goalscoring record at Celtic looked untouchable... and then these lads came along. 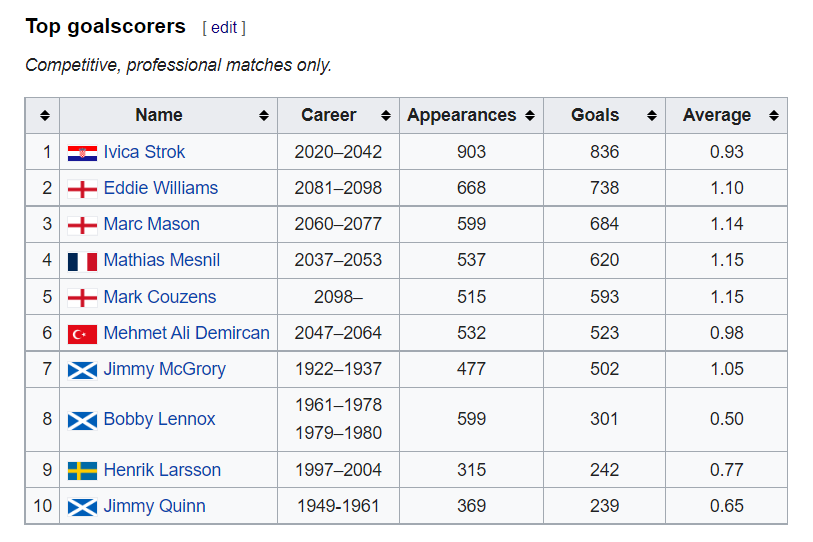 I'm getting a bit swamped with notifications here so if I've missed your question, an answer to it might still be in the replies.

But to answer a few common questions: • Celtic; • Look, Hearts are sometimes really good; • Rangers perpetually finish third; • No, I don't know who AlbinoLeffe are either; • Newcastle have won two FA Cups (2017 and 2088); • And no, I'm not divorced.

Finally, my favourite moment in the entire hundred years came in 2033 when Sunderland sacked Pep Guardiola as manager and replaced him with Jay Spearing.