I went to the International Manufacturing Technology Show (IMTS) last week. It's a ginormous trade show devoted to CNC mills, grinders, robot arms, metrology, CAD, 3D printing etc. Felt like a new world (especially compared to Twitter) so I thought to share what struck me 1/

The scale was absolutely huge -- not just the conference space (which we logged miles walking around) but the tools themselves: robot arms that could easily lift cars and combination 3D printing and subtractive manufacturing gantries the size of a warehouse. 2/ 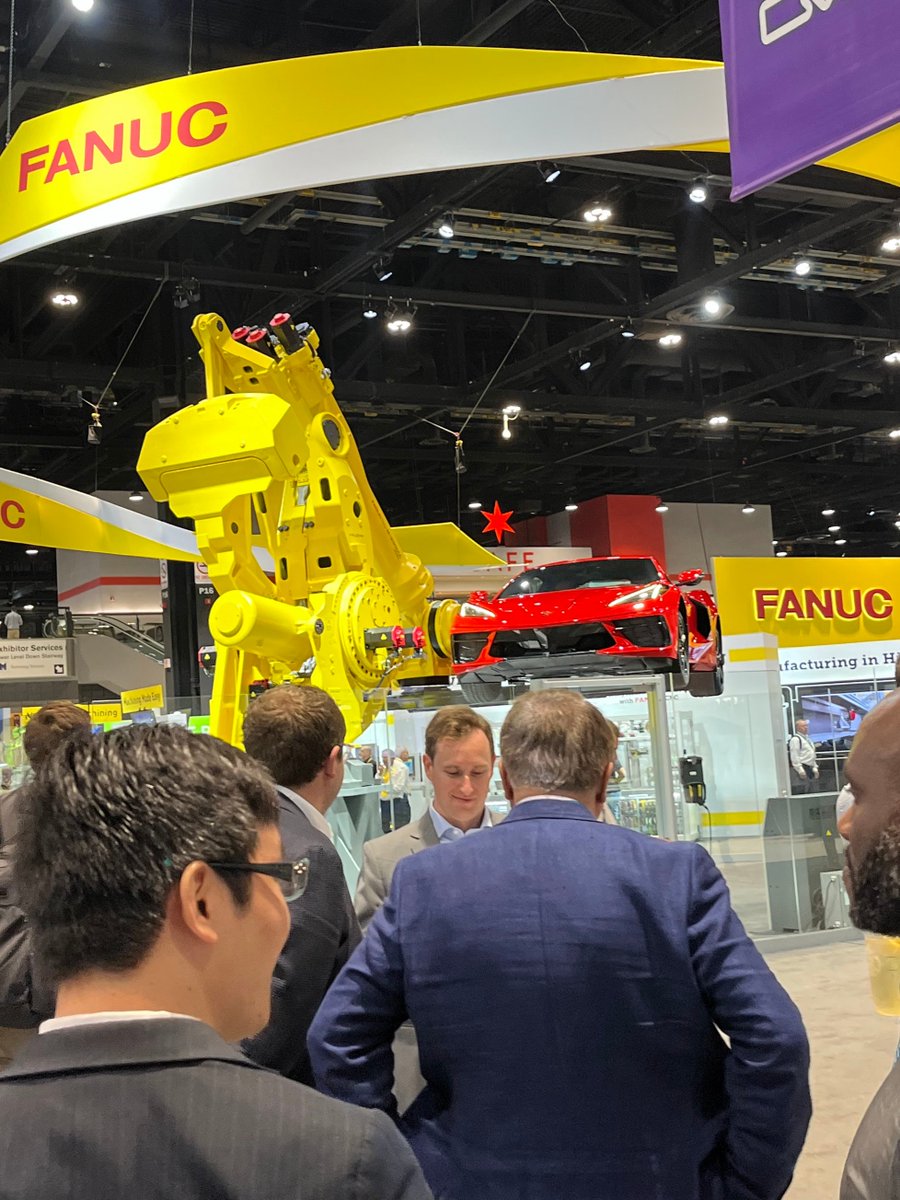 It was delightfully object level. Nobody talking about transforming human interaction or web3 enabled AI for industry 4.0* — they’re like “this tool cuts metal really well — look at it cutting metal. Here is a piece it just made” *Ok, almost nobody: there were some startups 3/

There's such a disconnect between how impressive/important a tool is and its market value. Companies that are doing crazy things like building-size gantries that can both deposit material and mill it out with five-axis heads are only doing yearly revenues of $50M 4/

More on disconnect between impressive/imporant and market value: Some of the top machine tools companies -- these are the folks that enable basically the entire modern manufacturing stack -- have market caps of ~$400M. 5/

The volumes in this world were strikingly low compared to either consumer goods or software: really good numbers look like moving several hundred machines per year. 5/

There are all these incredible capabilities that seem underused — from additive manufacturing to seamlessly bonded layers of dissimilar metals to ceramic-surfaced metals. Yet, most people at the show still make things by removing metal from a big piece of metal 6/

My (naïve) hunch is that a big part of why these capabilities aren't used widely to do crazy new things is that it's hard for people to internalize the affordances of these techniques and imagine what they could do with them. This is why I'm so bullish on easy-to-use models 7/

Manufacturing is perceived as a slow, crusty industry, but it feels like big companies in this world actually innovate on their core products far more than the Googles and even Apples of the world. Likely because their business model is: you give me money, I give you thing 8/

The demographics were, as you might suspect, very different from either academia or tech: the sales reps skewed towards the grey and (there's no way to put it delicately) most people I saw would look very out of place in coastal metropolitan areas. 9/

CNC user interfaces seem horrible. I'm sure for people who have used them for years they're great, but I suspect there are better ways to do this. A+ for lots of physical buttons though. 10/ 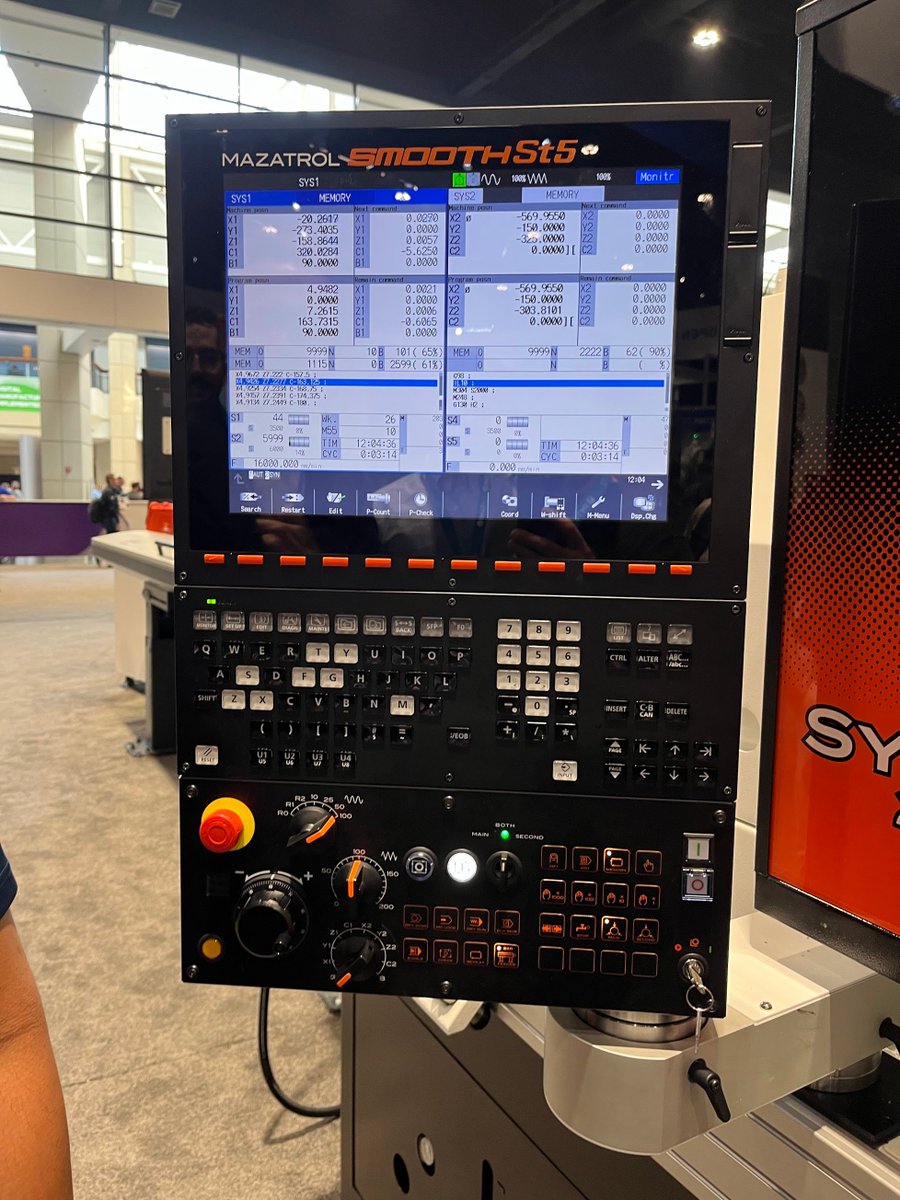