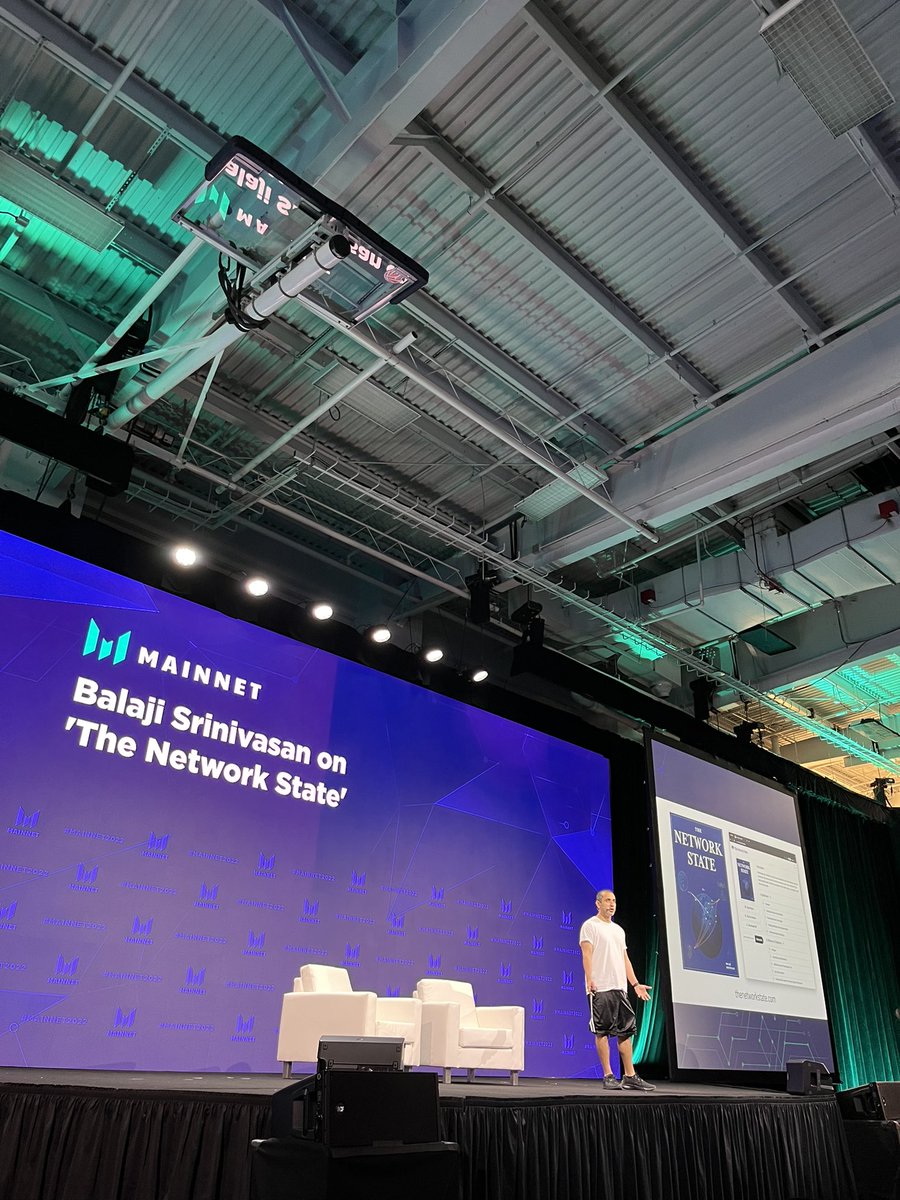 "It is possible to do win-win things" as we see deals done in the past between countries and companies or cryptocurrencies, says Balaji. #mainnet2022 This might allow network states to gain "sufficient traction" for diplomatic recognition.

Here’s an interesting way to think about countries and companies, says Balaji: tax revenues per citizen vs average revenue per user at a tech company. #Mainnet2022 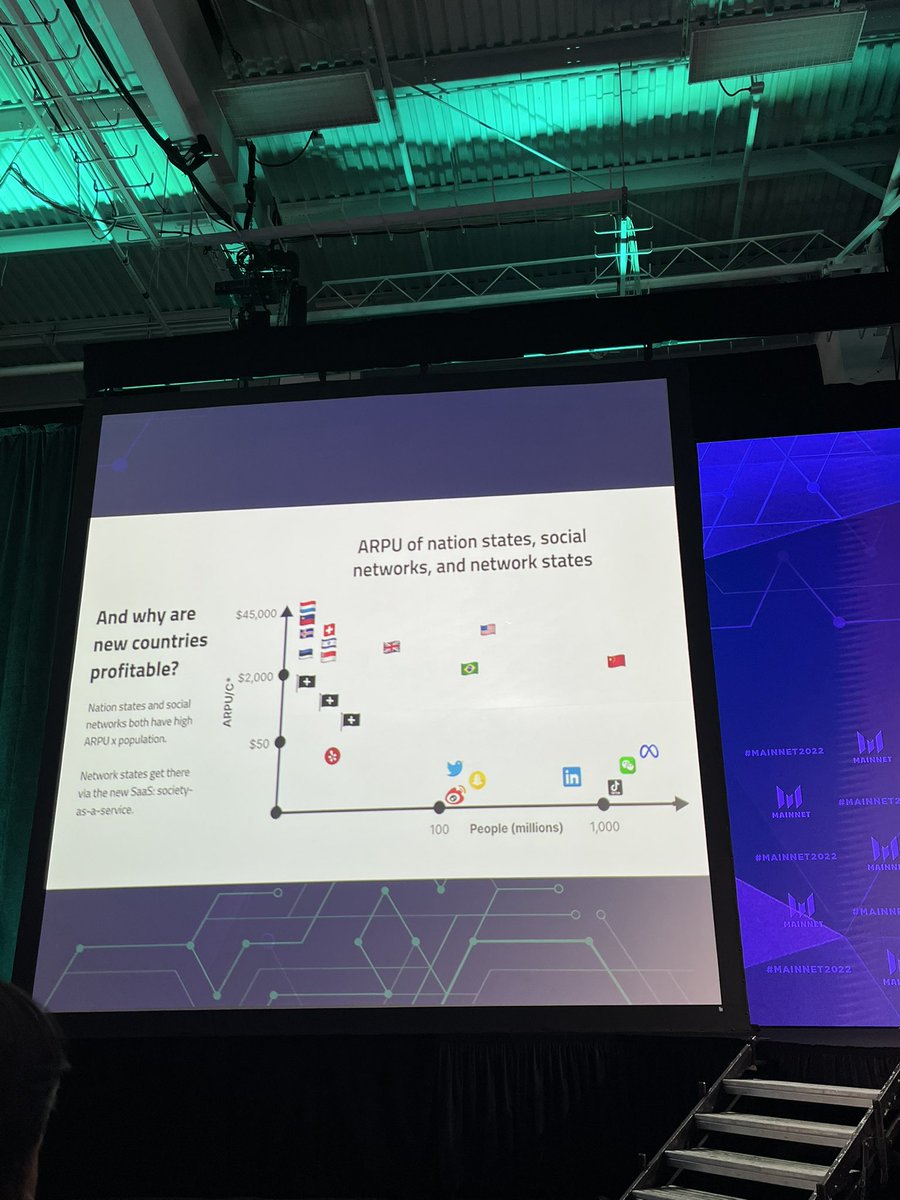 "The bridge between fiat countries and crypto countries, fiat passports and crypto passports ... that's going to be the major next step for us" says Balaji, pointing out that diplomatic recognition is the key threshold for a network state. #mainnet2022

"One of my big realisations ... you don't start with the land. You start with the cloud. It's hard to fix a bad start if you get it wrong," says Balaji, paraphrasing Peter Thiel. #mainnet2022

"The empire long united must divide; the empire long divided must unite," says Balaji, quoting a Chinese proverb, as he riffs on the social dynamics of states. #mainnet2022

"The h1b visa to the US is like a locked cellphone," says Balaji. He compares it favourably to Singapore's new immigration system. "They're letting in the person, not the company". #mainnet2022

*sorry, he compared it *unfavourably* to the Singapore system, which doesn't encumber the visa holder.

What Balaji thinks needs to happen in the next few years to move us towards a network state: "Crypto phone; insanely important." It's a critical piece of infrastructure so that we aren't controlled by states or corporations. #mainnet2022

The second thing is ENS and, crucially, its competitors. He names the Solana effort and Urbit as examples. "It's so important, it's like AT&T and Linux. We need to fork the namespace." #mainnet2022

The third thing is cryptocurrencies and stablecoins. All three combined allow individuals to be mobile. "If the state turns against you, you're out," he says. #mainnet2022

Small alpha leak: watch out for a 10-hour interview Balaji has done with @Lex Fridman if this wasn't enough for ya. #mainnet2022