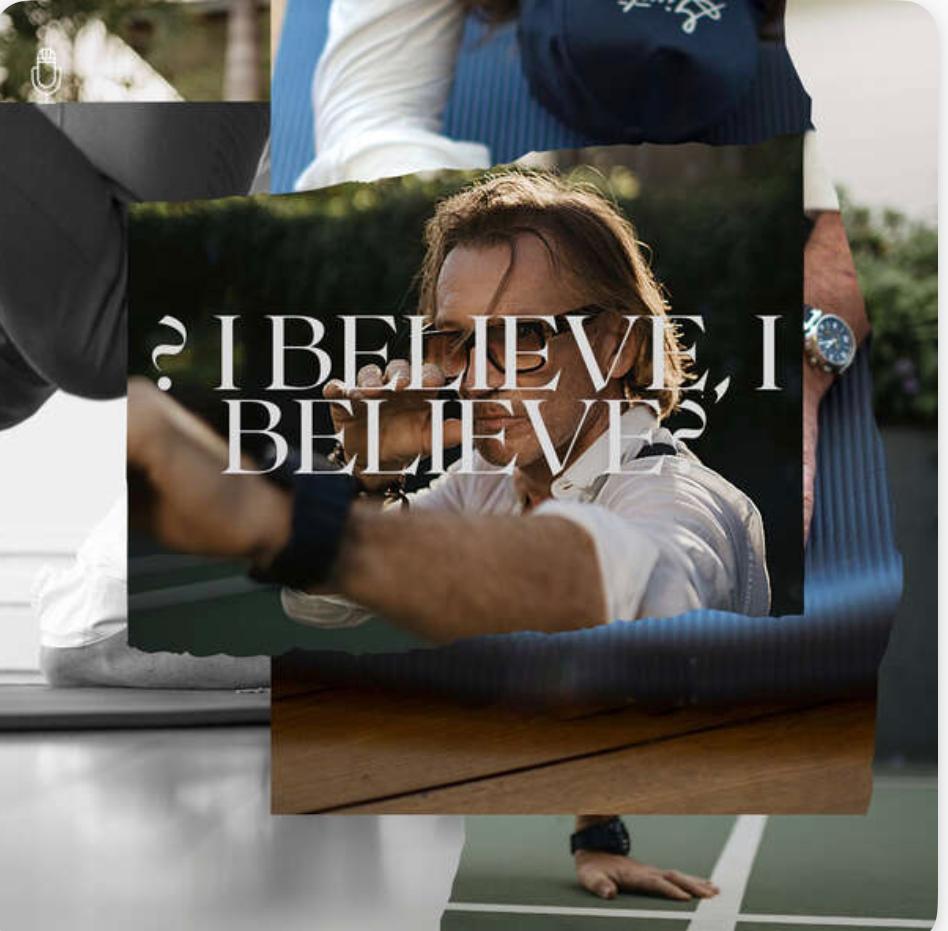 This week's show will not be an easy listen on the apple podcast platform, apologies but for good reason podcasts.apple.com/gb/podcast/the…

I'm a flow-state guy. I take guests as I find them. This week's has a huge following on twitter, almost 400k. I was intrigued. But I'm wary of who shares my platform. You have to merit the spotlight of the Acid Capitalists. And a bad guest is like glitter, difficult to shake off.

It rapidly became apparent that our guest was out of his depth, not at our level of rigour. An amateur sleuth who's convinced the gullible the he's an investment oracle. People flock to his twitter account. Regulators don't care. Imagine someone passing themselves of as a doctor?

What to do? The problem was that he's got a rapidly delivered sales pitch memorised from watching too many suits on cnbc and reading Rich Dad Poor Dad; I'm not making this up! But knowledge? Of course, there's no audited investment score card to independently appraise his talents

Much consternation was created by his claim to have out performed stocks in 2010 by hundreds of percent When pressed on his exact return for this year, he couldn't remember. He promised to get back to us...we're still waiting.

We subjected a recent stock pick to an appraisal using his thorough selection criteria.He controls risk through superior stock selection. Good businesses are seldom subject to poor delivery, they have franchise moats etc, yes he's an avid W Buffet reader. So what's he been buying 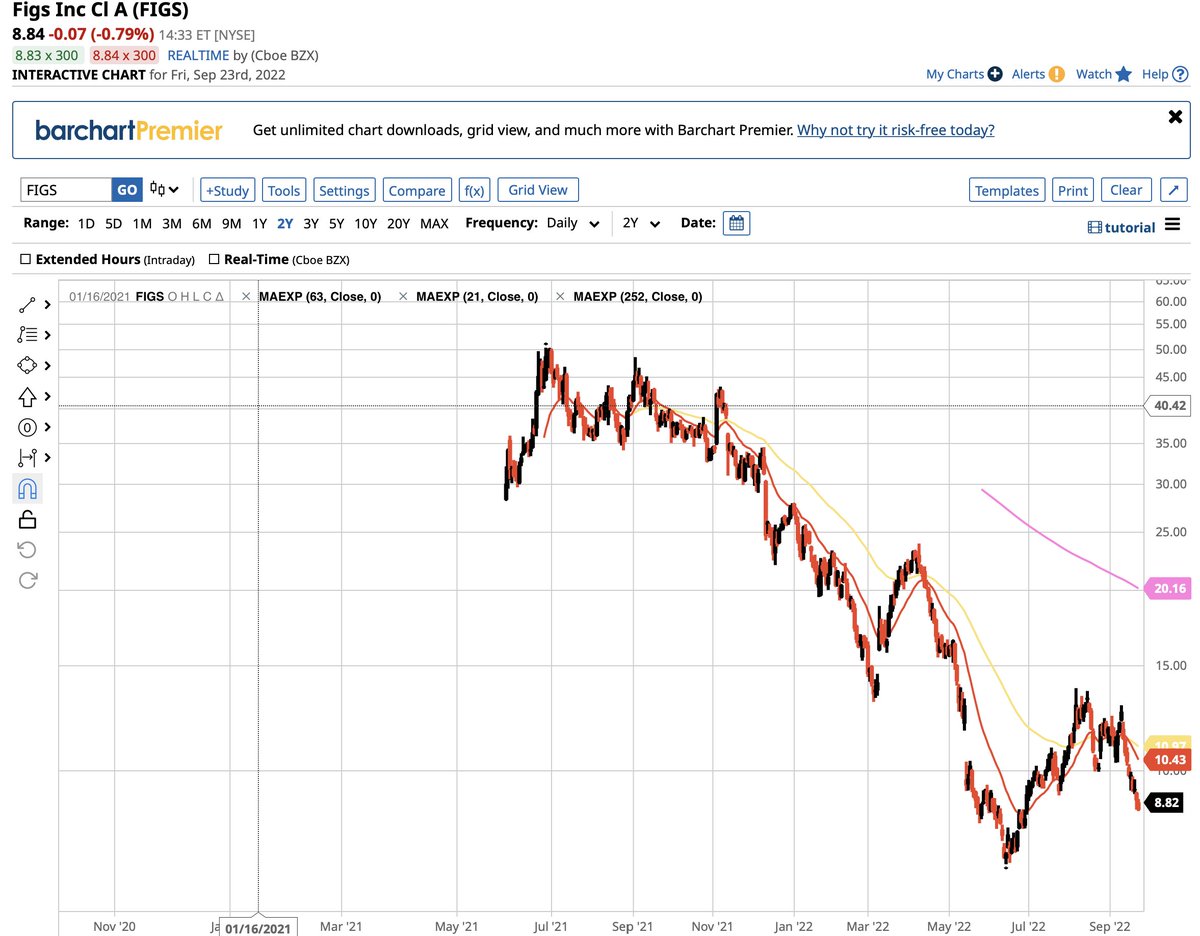 He's been buying around recent, higher, levels. It's not obvious why? Healthcare apparel, that couldn't be plastic surgical gloves et al, the type so popular during a global pandemic?

But the show must go on. What to do? I couldn't allow him to just spout his nonsense on my show, like most suits he just goes on and on with no need for oxygen. And so I decided to double speed him, to get it over with quicker, and let me have a longer chat with @Chris Sweeney

Mean? But elegant choices weren't immediately obvious, and I thought it lent itself to the insanity of our world. Joe Public, left way behind by the stellar rise in (fictional) wealth. The desire for playing catch up is widespread and understandable. Its also disasterous...

BTC compounding at 50%, yes please. Fake investors promising fabulous risk free returns, where do I sign. So, think of this week's show as a public service. Not all that shimmers is trouble except, je sais pas. Today, the best way to double your money is to fold it; I dare you!

To walk away, wait till all that fictional wealth has been unwound. Work to maximise your income from ordinary endeavours. Watch from a safe distance as the capital markets are set a blaze by their participants conceit of each other and the blindness of those they call leaders.

But all that doublespeak talking, and the usual manic happiness of The Alchemist, did get me reminiscing for this particular desperately outmoded brand of humour, I do hope that all these schemes chronicled in our show will one day seem as alien as this youtu.be/Nvq7zPB4gcY

But credit to @Brian Feroldi (🧠,📈) for allowing us to publish warts and all. That itself reveals the strength of the man. If you watch or listen to the show, I hope you recognise that I never set out to cause trouble. More Aesops fables and scorpions and frogs...buy his book

Whereas the vol trader that we called out on so many points that he went crying to his lawyers, he appeared almost silmutaneously on a big finance platform unchallenged. His lines were the same as those he deemed the SEC would challenge. He'll probably get his own show on cnbc

This is what I think of as I watch risk capital set on fire around the world. One day, desperate "investors" will call upon the Fed to SoS And no doubt they will, and this turd cycle will continue sans arrette The blind leading the blind... 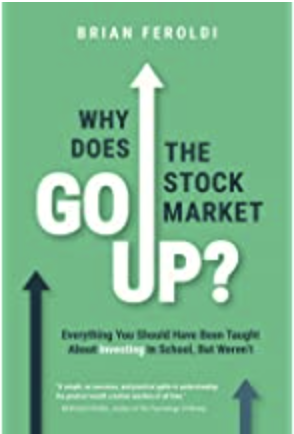 But we can do much better. Tell me? Who do you want on the show. I want real hedge fund pros. I rarely agree with @Russell Clark but I greatly admire his experience and intellect. The legends and the future legends. If you're a prime broker and you know some candidates, call me.

I want varicose veins, sorry, yanis varoufakis, the former Greek finance minister, although I tell you now, he stays away from inquisitive, smart people like me; I wonder why? I want interesting, smart, eclectic people like @William MacAskill to chew the fat with. Who would you like?