The enemy of #MAGACommunism is #GreenFascism The intended result of the Green New Deal is depopulation and subjugation of the 99% to the .001% In this thread, I outline the hidden history of the genocidal Green movement. 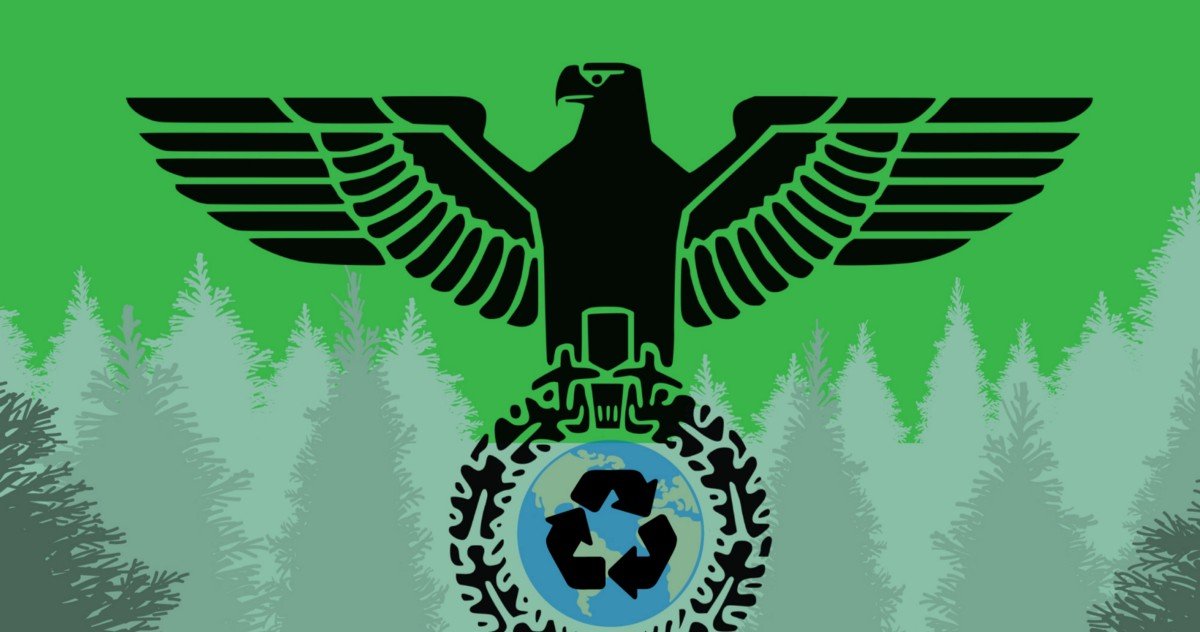 The first thing that absolutely everyone must understand is that todays Environmental movement, and its sycophants like Greta Thurnberg, trace their ontological legacy to the British Eugenics Society and the British Crown. This is IRREFUTABLE and an open conspiracy. 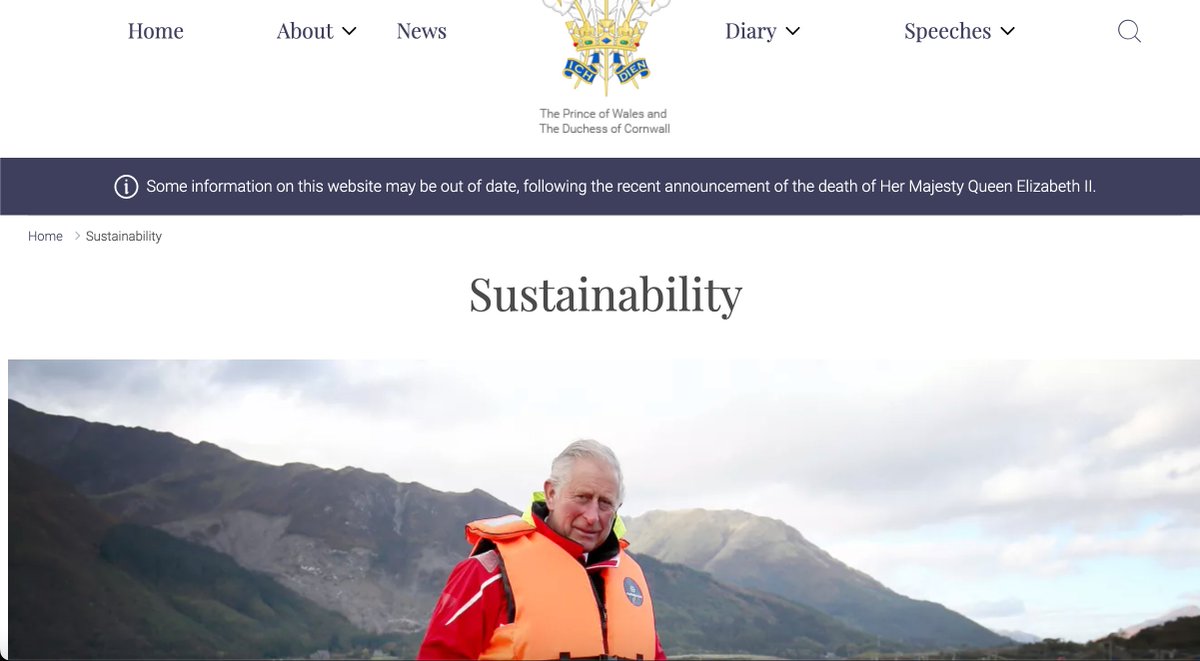 1907: The British Eugenics Society is founded by the cousin of Darwin, Sir Francis Galton. He produded studies on the inheritability of genius and promoted social-Darwinism and scientific racism. He argued that higher races must be "preserved" from the overpopulated races 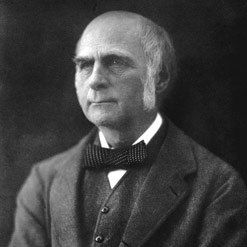 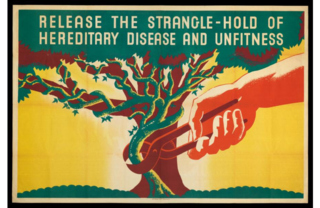 1912: The Society for the Promotion of Natural Reserves was founded by banker Charles Rothshild. It idenitfied 284 areas in Britain to be set aside from all human acticity and left to be known as "Rothschild Reserves" A year later the British Ecological Society (BES) is founded 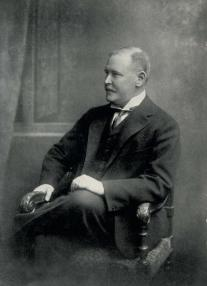 1931: Think tank "Political and Economic Planning" (PEP) is founded by Sir Julian Huxley. It influenced policy in a direction of promoting eugenics. 1937: PEP and the BES create the Population Policy Committee (PPC)

1944: PPC leads the creation of the Royal Commission on Population to examine "consequences" of population trends. A year later, Huxley creates the "Wildlife Conservation Special Committee" to declare the need for an ecology agenda. This results in The Nature Conservancy 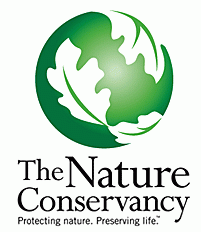 1951: The head of the Nature Conservancy, Sir Arthur Tansley writes "What is Ecology" which calls for a drastic reduction in the birthrate of the "more proflific races such as those in India" and the preservation of "superior races" 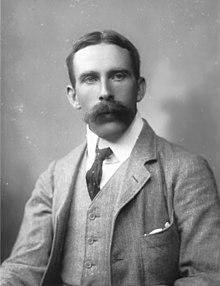 1952: The Population Council is founded in the U.S at a meeting including eugenicist Frederick Henry Osborn with principle funding from the John D. Rockefeller Foundation. 1955: PEP publishes the landmark report "World Population and Resources" still promoted today 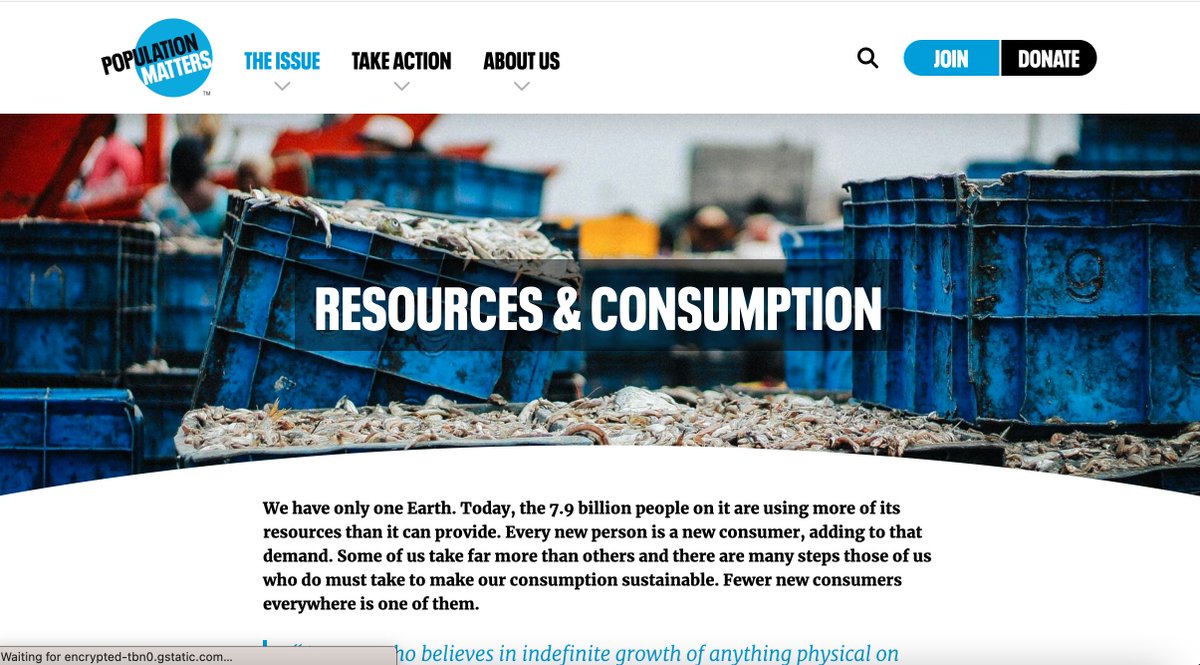 1960: Huxley visits Africa and writes in "The Observer" that newly indepdent African nations could not be trusted to preserve nature and endangered species and in response, the IUCN would need to enforce "nature reserves" on the African Continent. In truth this is imperialism 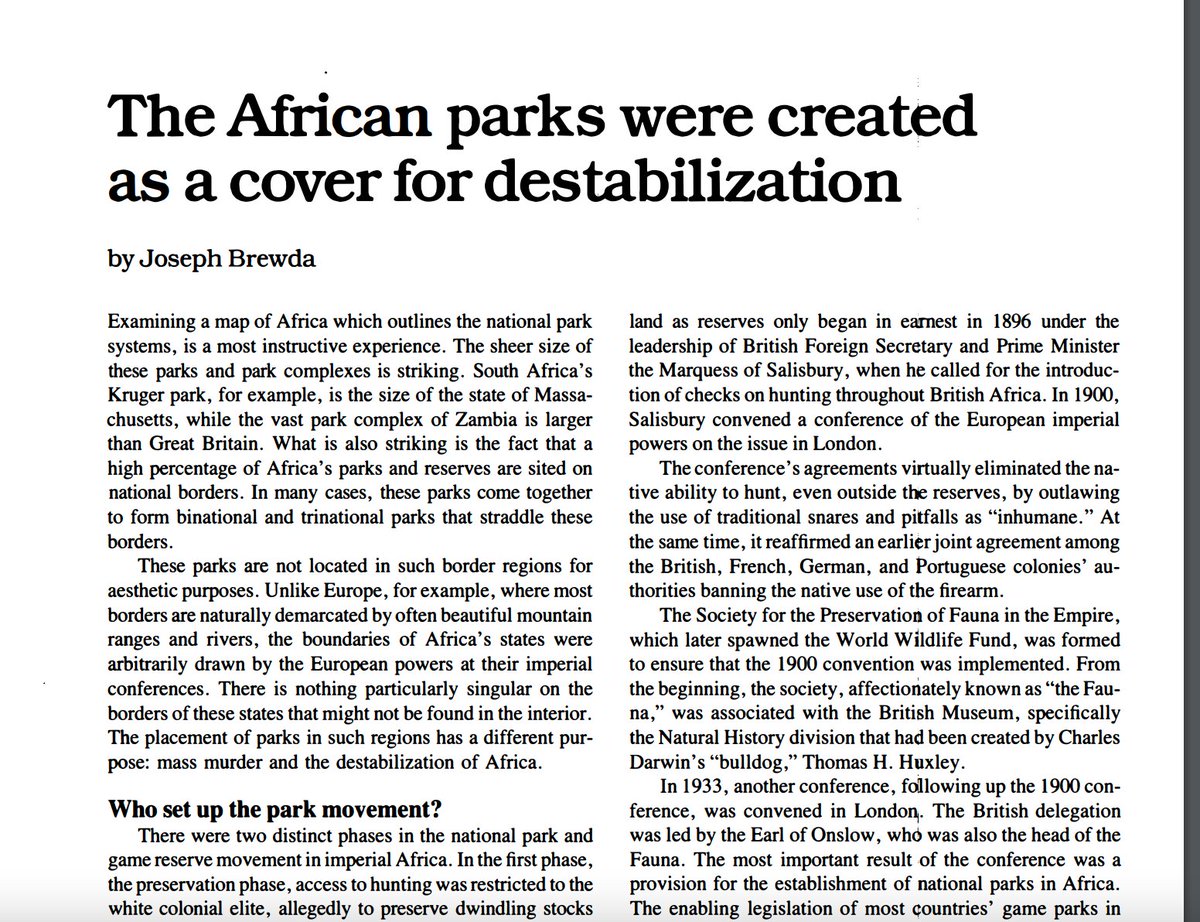 1961: In response to his trip to Africa, Huxley creates with Prince Phillip (father of current King Charles and Nazi Party member), the World Wildlife Fund. The goal, spread the message of ecology and create "nature reserves" In 1962, Huxley publishes "Too Many People" 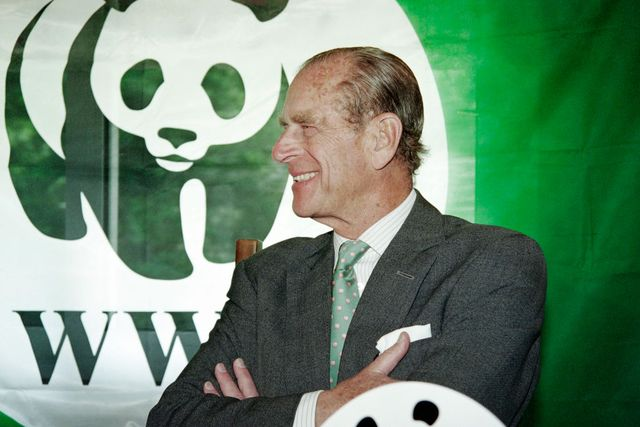 1962: Rachel Carlson writes "Silent Spring", a diatribe against DDT ( a mosuqito killer that was saving perhaps billions of lives) based on falsified studies. It lead to the ban of DDT and a dramatic uptick in death and disease from insects, especially in Africa 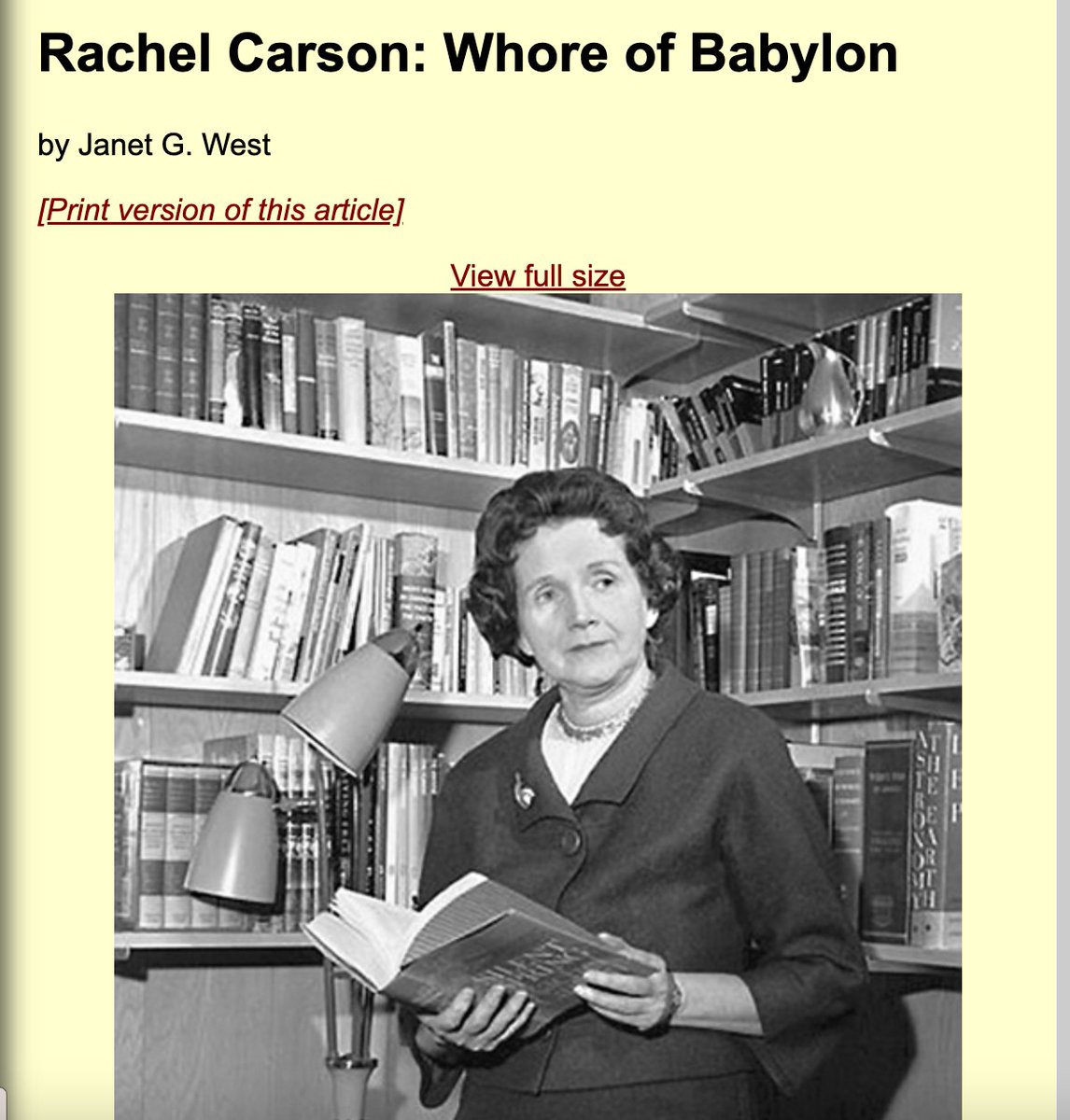 1968: The Club of Rome is created and its founding document, "The Predicament of Mankind" links problems in the world from malnutrtion, poverty, and upheaval all to overpopulation and calls for a "systemic final solution" 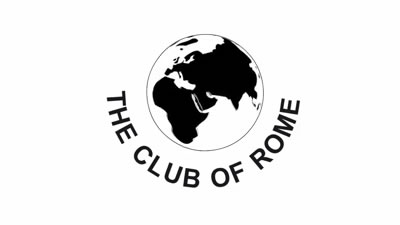 1970: The First "Earth Day" makes ecology into a new global cause. Two years later, The Club of Rome would publish "The Limits to Growth" which peddles the lie of finite resources + malthusianism. Another 2 years later, UNEP or the United Nations Environment Programe is founded 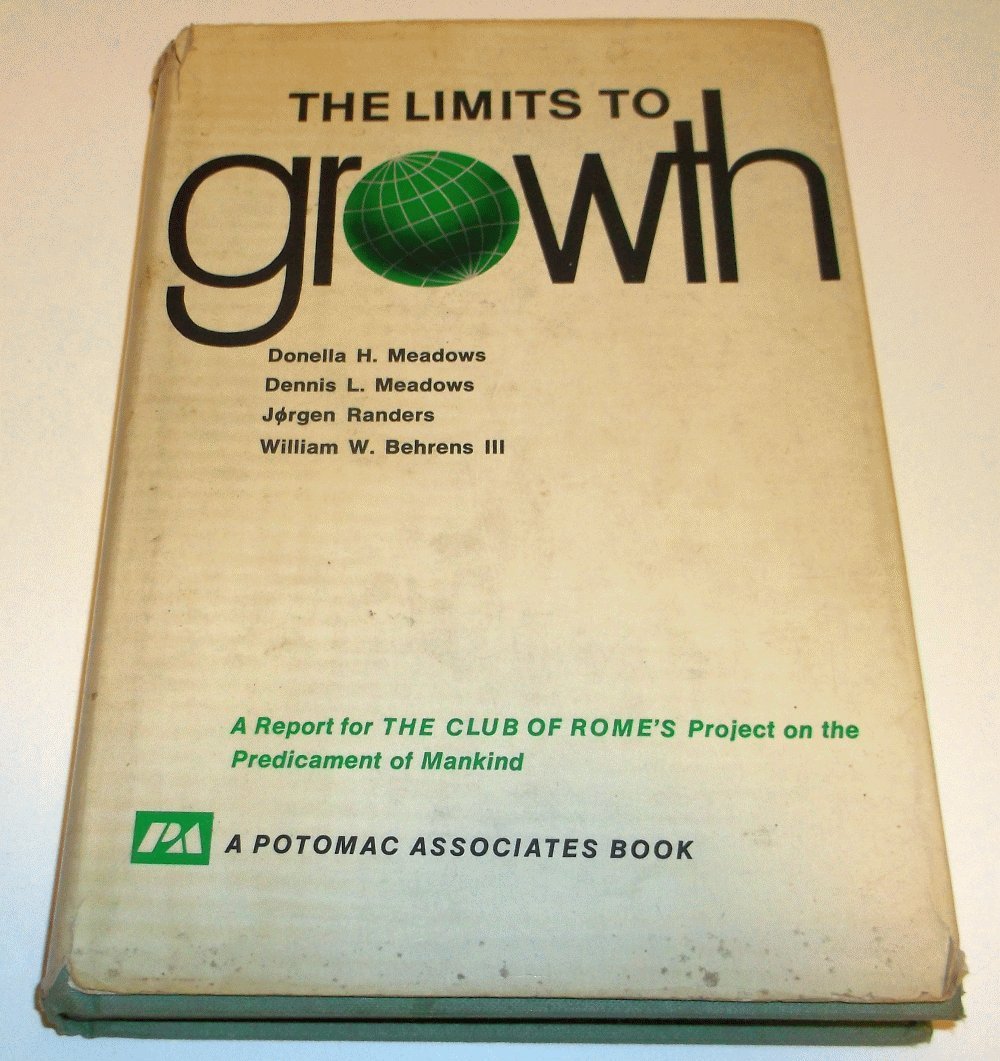 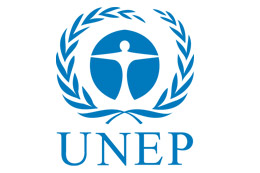 1974, 1975: The U.N hosts the 3rd World Population conference in which John Rockefeller III and Margaret Mead say that human population growth poses an "existential threat to the enviroment" and that "very scary scenarios" had to be imagined to manipulate the public 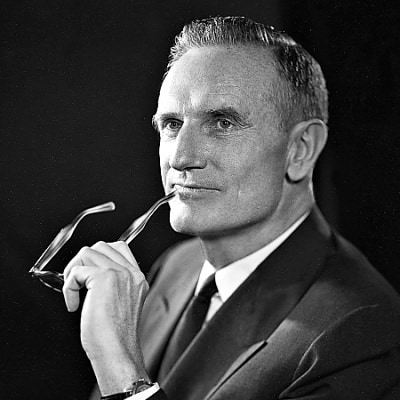 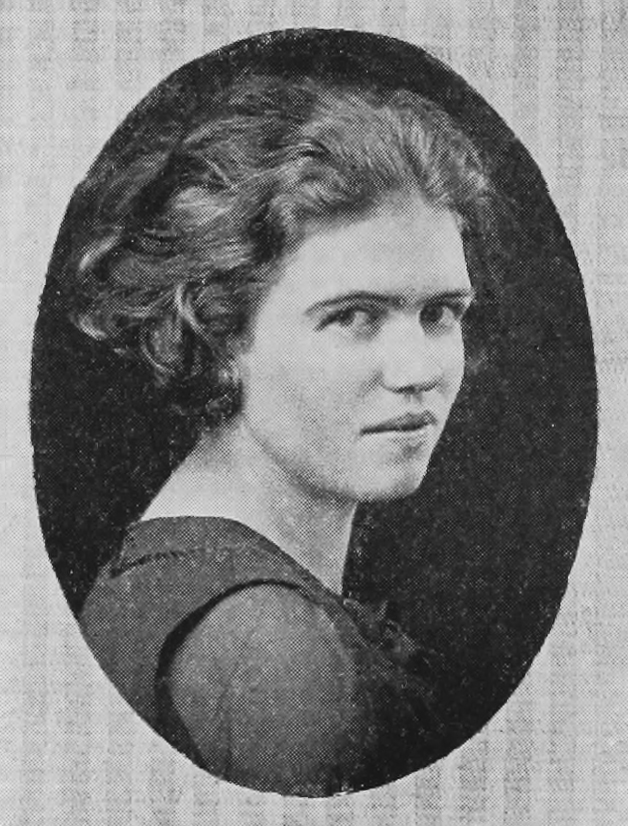 1987: U.N commissions the Intergovernmental Panel on Climate Change which becomes the loudest voice insisting on reducing population numbers. They develop monopolistic influence on grant and funding research to demoralize scientists and push the facade of "consensus" 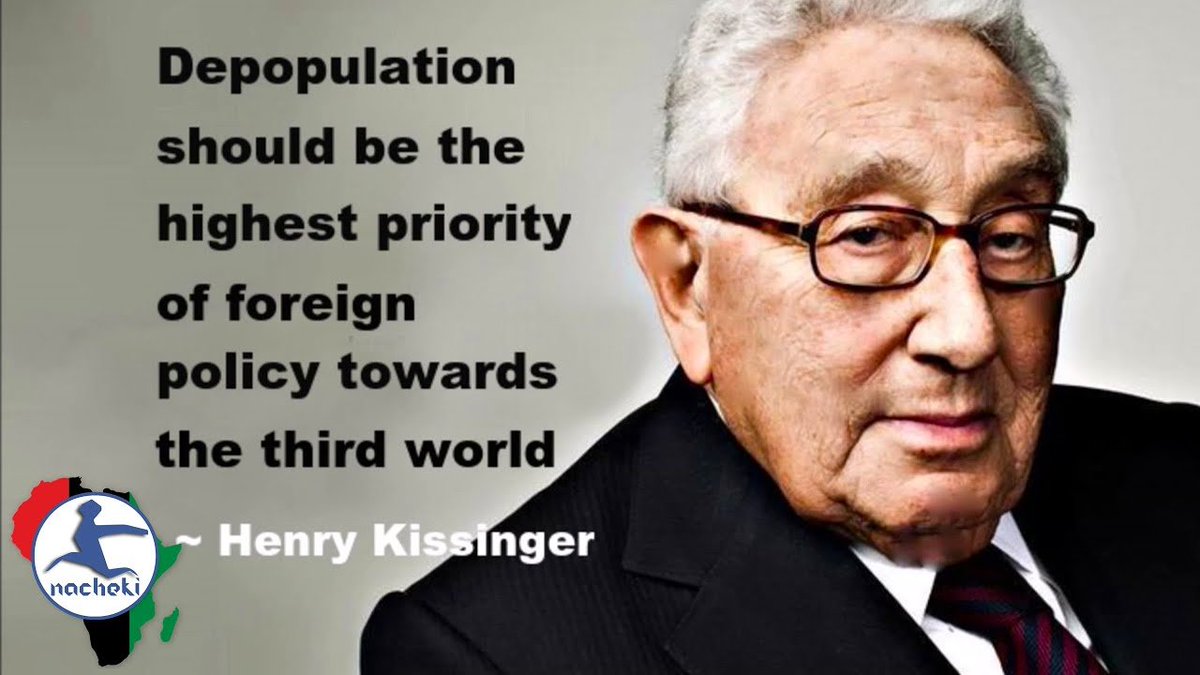 1994: COP 1 Takes place in Berlin. 1997: COP 3 establishes The "Kyoto Protocol" which demands that nations submit to a legally binding document to reduce global emissions of gas by 25% less than expected levels of emissions 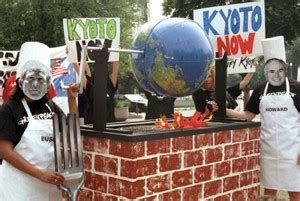 2015: Commonwealth heads of government meet just prior to COP- 21 to set agenda for the "Paris Agreement." Although G77 developing nations protest and compare the agreement to apartheid, with little attention from the media. Meanwhile Green Fascists like pic below were amplified 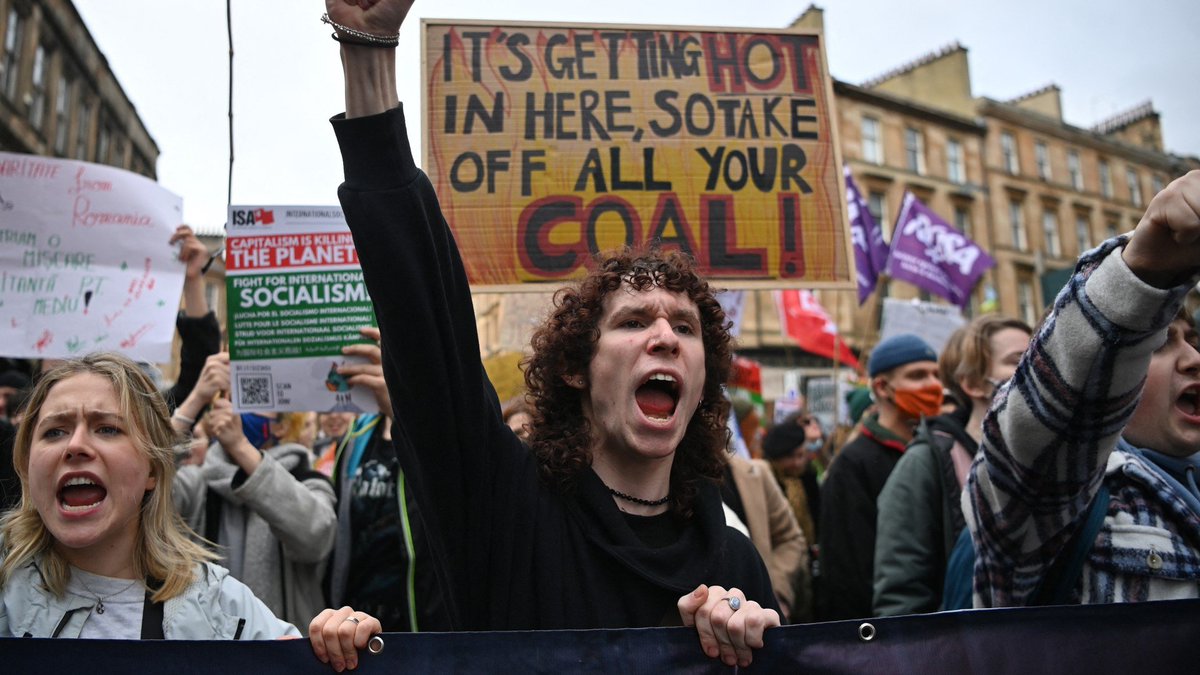 2017: President Trump on his first day in office withdraws the United States from the Paris Agreement. In response to this and other "crimes" like phony Russiagate, the British House of Lords release a public document declaring that Trump cannot be allowed to have a second term 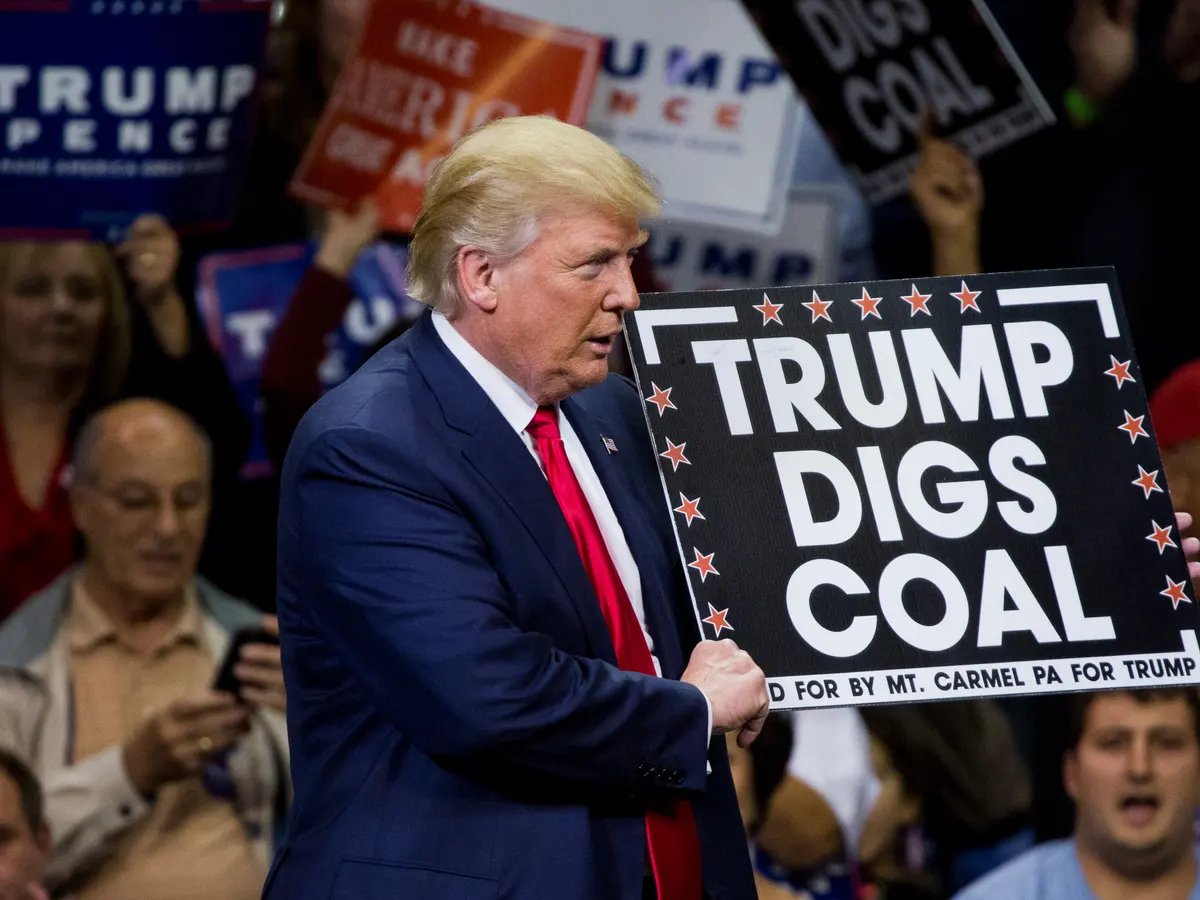 2019: The Climate Action Summit results in Bank of England Govenor Mark Carney announcing that 130 of the worlds prominent western (criminal) banks, with over $47 trillion in assets, will blacklist any company which does not go along with the Green Hoax. 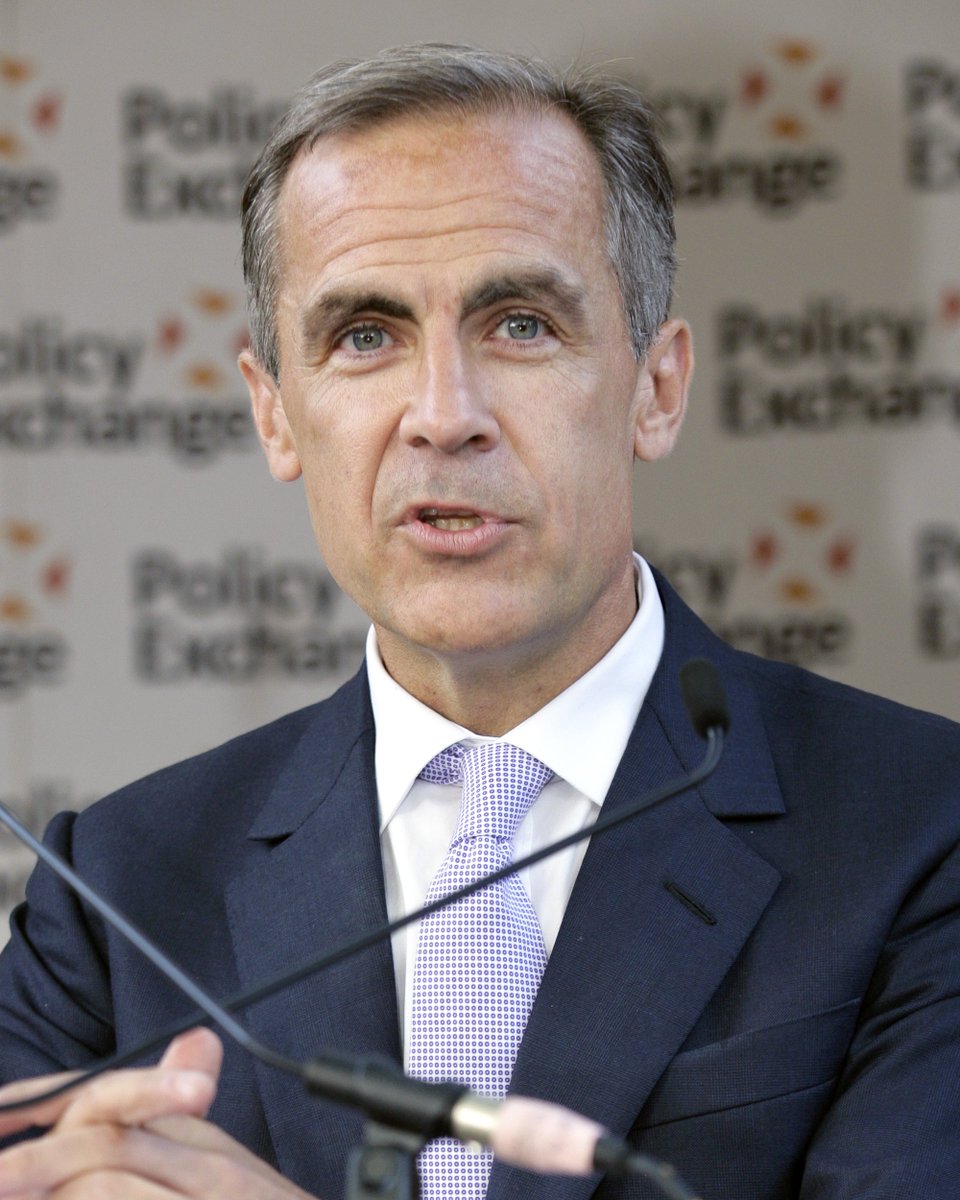 2022: Today, the film "how to blow up a pipeline", calling for violent environmental activism against energy infrastrcture, won awards for best picture. Simeltenously, the E.U has extralegally blocked construction of the African #EACOP pipeline, thwarting African soveringty.

It is clear, The British Empire and its legacy of Imperialism is alive and well. Today, it finds its home in Green Fascism, otherwise known as Globalism. Green Fascism/ Globlaism is the most powerful arm of imperialism and the most evil force humanity faces today #MAGACommunism 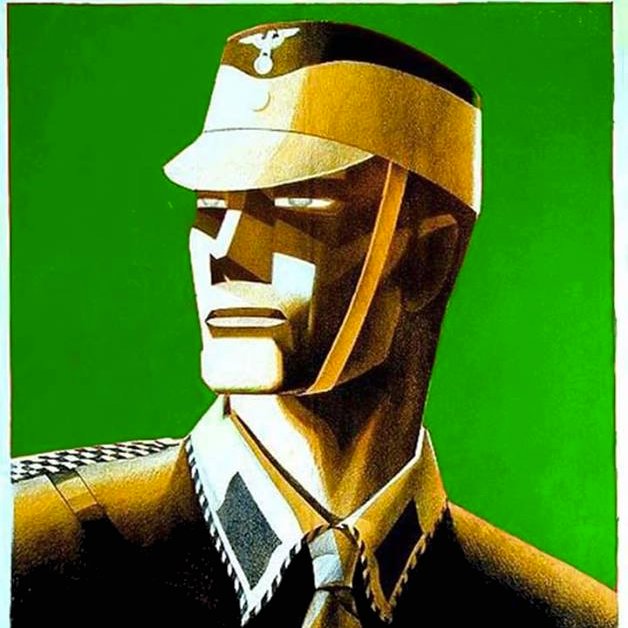 I will leave you with this... "In searching for a new enemy to unite us, we came up with the idea that pollution, the threat of global warming, and the like would fit the bill.... The real enemy. then, is humanity itself" Club of Rome 1991 "The First Global Revolution" 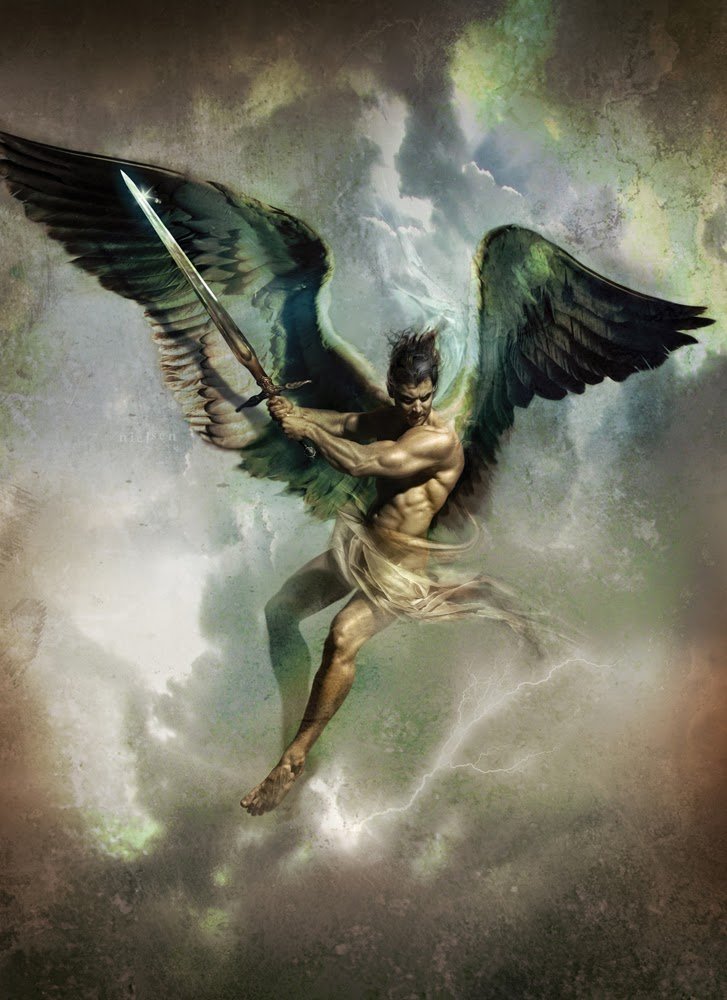 “By turning to Faith, we will be the kind of nation, the kind of people, God intends us to be” — Kanye West #MechaMAGA West-LaRouche 2024